Rights. Self-Determination. Resilience. 10 Years of the United Nations Declaration on the Rights of Indigenous Peoples 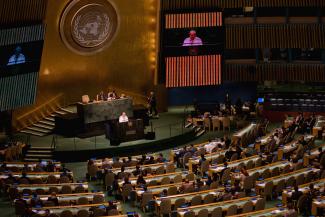 The Declaration is not a legally binding instrument. However, under international law it represents the dynamic development of international legal norms and is an evolving standard-setting tool. At the national level, constitutional reforms can be seen as an essential step in governmental implementation of the Declaration. In Latin America, for example, the Declaration is reflected in various revisions to countries’ constitutions, including Ecuador, Bolivia, Costa Rica, El Salvador, Nicaragua, and Mexico. Although less explicit, it has also influenced the constitutions of Kenya and Myanmar. Bolivia’s incorporation stands out in its comprehensiveness by including Indigenous Peoples’ right to self-determination and self-government. The Declaration has also contributed to the finalization of the American Declaration on the Rights of Indigenous Peoples. Adopted in 2016, it is the first region-specific instrument designed to promote and protect the rights of the Indigenous Peoples. At the beginning of 2017, Finland, Norway, and Sweden came to an initial agreement on a Draft Nordic Sami Convention, created to harmonize the rights of the Sami across those three countries.nIt is currently under review by the Sami Parliament. 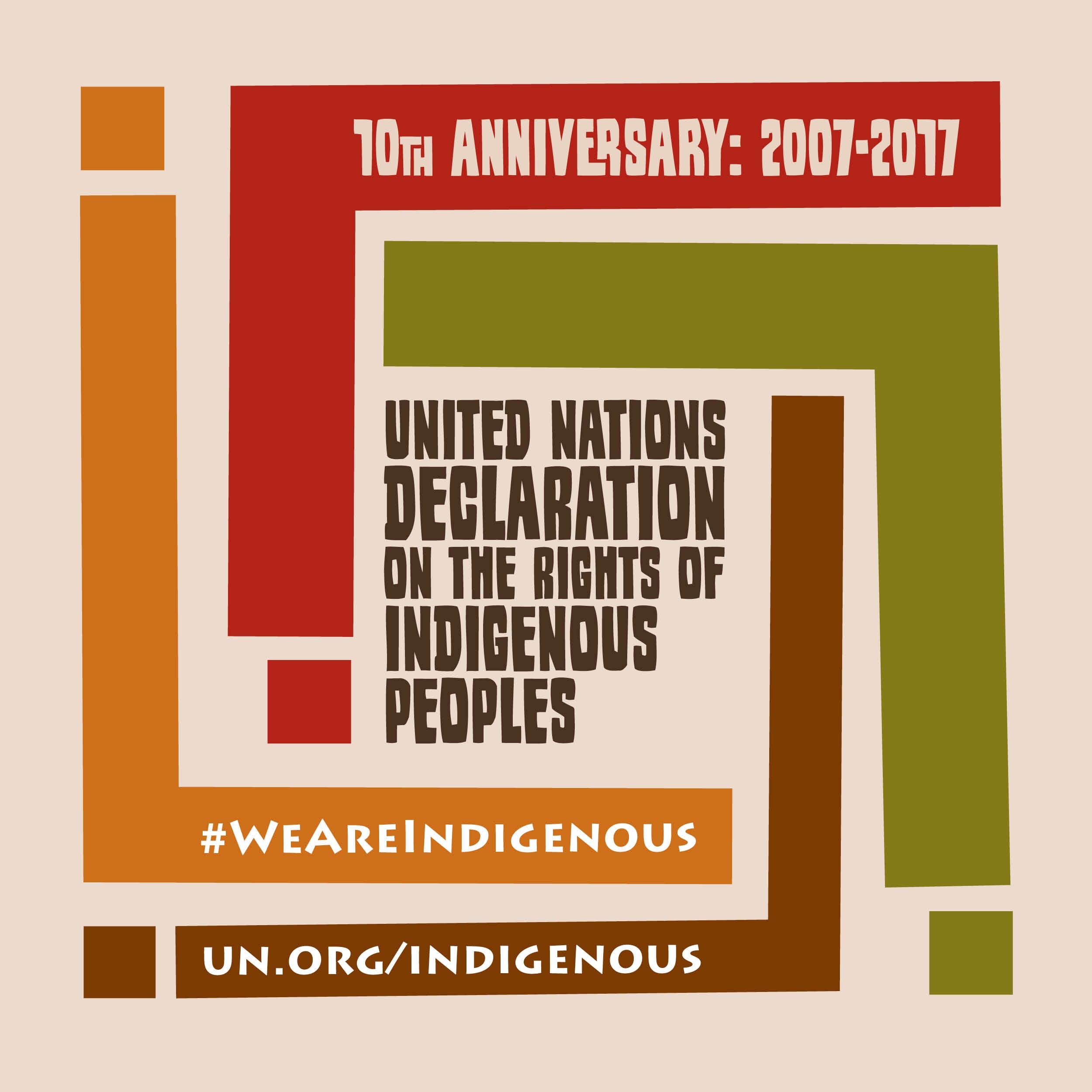 As was hoped by the legal community working on Indigenous Peoples’ rights, the Declaration is quickly evolving into customary law. Since its adoption, it has been cited in several landmark legal decisions.

One of the first achievements was in the historic Cal v. Belize case, where Maya went to court over concessions granted for the exploitation of natural resources on their territories without their consent. In this case, the Chief Justice of the Supreme Court of Belize, Abdulai Conteh, upheld the Maya’s native title, recognizing customary law in their claims to traditional use and occupation, confirming that the title has legal protection under the Belize Constitution. More importantly, he explicitly stated that Belize must follow through on its obligations under the Declaration. He referred specifically to Article 26, Para 1: “Indigenous Peoples have the right to the lands, territories, and resources which they have traditionally owned, occupied, or otherwise used or acquired.”

In Aotearoa (New Zealand) the Declaration was used by the Supreme in Proprietors of Wakatū & Rore Stafford v. Attorney General which was considering an ongoing case regarding the claim by the Maori that the (British) Crown owed fiduciary duties in regards to their failure to reserve the agreed upon 15,100 acres for their benefit. Presiding Chief Justice Elias CJ specifically quoted Article 40, “Indigenous Peoples have the right to access to and prompt decision through just and fair procedures for the resolution of conflicts and disputes with States or other parties, as well as to effective remedies for all infringements of their individual and collective rights. Such a decision shall give due consideration to the customs, traditions, rules and legal systems of the Indigenous Peoples concerned and international human rights,” when sending the case back to the High Court for determination.

In Kichwa Indigenous People of Sarayaku v. Ecuador, the Inter-American Court of Human Rights found that Ecuador had violated both international and domestic law, including the Sarayaku’s right to communal property, cultural identity and for failure to obtain their Free, Prior and Informed Consent (FPIC). This in relation to the use of Ecuador’s armed forces to support the State Petroleum Company’s destruction of the environment and sacred sites of the Sarayaku. The Declaration is cited throughout this court case and the focus on FPIC will serve for other cases of development-induced violations. 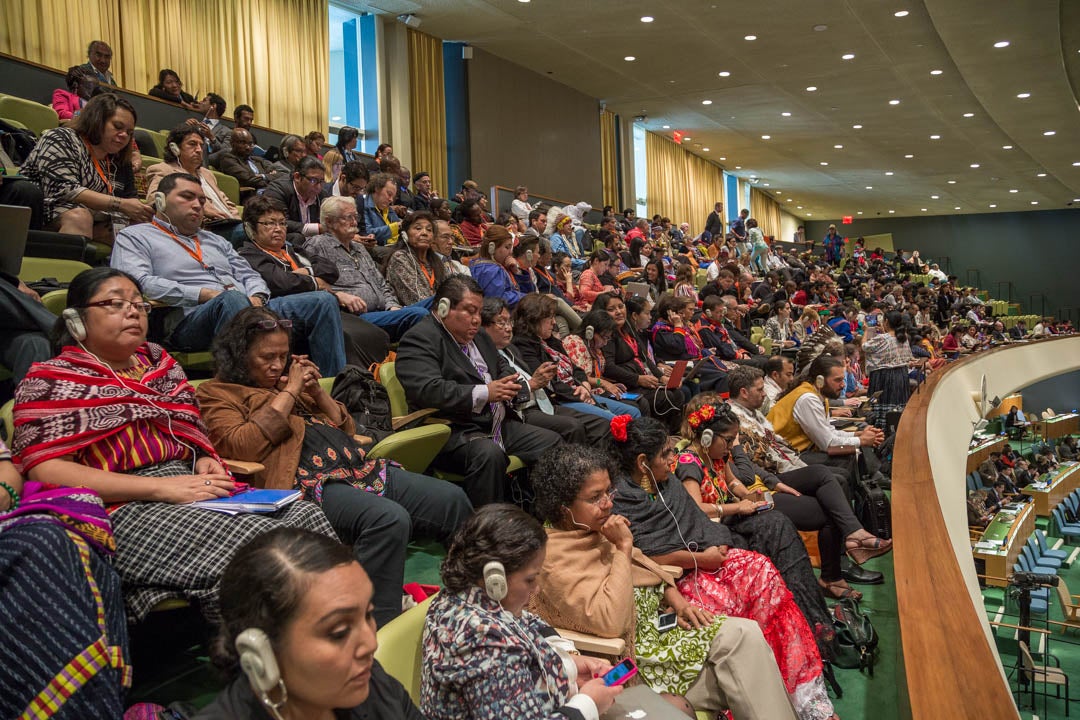 ”In some areas we have bright lights shining, for instance there is widespread acceptance that Indigenous traditional knowledge contains secrets for healing illnesses and for addressing climate change. I really see integration of that into the effort to find solutions. People now realize the value of traditional knowledge.”
— Mililani Trask (Kanaka Maoli), the former Pacific Regional representative , Permanent Forum on Indigenous Issues (2002–2004)

Building upon the high profile gained during the Declaration process, Indigenous Peoples lobbied within the UN and successfully held the first United Nations World Conference on Indigenous Peoples in September 2014 in New York. Its placement as a High-level meeting of the UN’s highest body, the General Assembly, was designed to further highlight the issues of Indigenous Peoples. The outcome document called upon the UN Secretary General, the highest officer of the UN, to take the lead on consultations and make recommendations as to how to enhance a coherent, system-wide approach to achieving the aims of the Declaration. It is clear that Indigenous Peoples will remain active to ensure that their rights are not just declared, but that action is being taken to implement and uphold them.

Although accomplishments have been made since the Declaration’s adoption, a large gap remains between the formal recognition of Indigenous Peoples’ rights and their actual implementation. But, the Indigenous rights movement and its allies are continually uplifted by the resilience of Indigenous Peoples, and honor the tremendous sacrifices made to achieve the Declaration and the work still ahead in carrying out its fulfillment and realization.

“…over time the Declaration will become a greater source of awareness on the part of powerful actors, and it will become a stronger guide for the behavior for States and others to act in accordance with the terms of the Declaration.”
— James Anaya , the former Special Rapporteur on the Rights of Indigenous Peoples (2008–2014)

—Miriam Anne Frank is an applied anthropologist working as an independent consultant with a focus on Indigenous Peoples’ issues. Her clients include IPOs, NGOs, international organizations, and foundations. She is an external lecturer in the Department of Social and Cultural Anthropology, University of Vienna, Austria.

The following are excerpts of Indigenous Rights Radio interviews conducted with Indigenous leaders about their reflections on the accomplishments and challenges of the Declaration.