All Indigenous Peoples Are Raising the Declaration 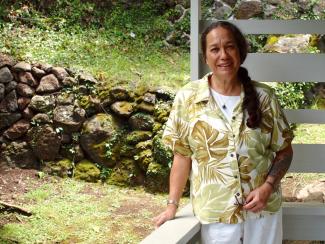 My expectation was that we would have first moved to integrate the Declaration into the work of the United Nations agencies and bodies, and that that would move faster than trying to get it integrated into some of the work with the UN and the States such as the Climate Change Convention. We’ve made some inroads there, but the Indigenous voice has been completely overlooked in the renegotiations of the Nuclear Test Ban Treaty.

We are seeing that the Declaration is being honestly applied in some areas, like climate change and the Millennium Development Goals, but in other areas it has been disappointing. We continue to meet a lot of resistance, even within the UN system, as the Decolonization Committee and UN structure has flatly rejected the Declaration and is not really working in good faith to bring those standards into the decolonization framework.

We did not see any effort to really work with Indigenous Peoples on the Nuclear Test Ban renegotiation, and it is a shame because the big victims of nuclear testing are Indigenous Peoples. We have some wins, but we also have some indication that it is going to be an uphill battle with a lot of resistance from some of these political thematic areas.

One of the biggest changes is that now we have many Indigenous voices globally and regionally that are using the Declaration and integrating it not only into their work at home. For many years, the effort of the United Nations to create the standard and have it adopted was carried by a handful of people. We started at one time with Rigoberta Menchu and four or five others, and that’s all that was there in Geneva. By the time we ended there were several hundred. But when you consider the number of Indigenous Peoples, their organizations and communities and nations in the world, several hundred is nothing. Before the passage, few voices of the Pacific were there—a couple from Hawai’i, Australia, New Zealand—those were the big ones. Periodically, we saw voices from the rest of the Pacific, but with the passage of the Declaration that has very much changed throughout our region. I also see this elsewhere in Africa, in Asia, all Indigenous are raising the Declaration. And many of them are pursuing it right in their home base, they’re working with their people, they’re talking about the Declaration, why we need to implement these provisions for our own economic self-sufficiency.

It’s really exciting to see Native people using the Declaration as a success, a document that they wrote and that they passed; they’re going home and they’re applying it to their own work with their people. There was a feeling at one time by many States that the Declaration was not going to be anything other than a tool or a weapon for the Indigenous to use against States, against systems. But the big surprise for them, and I never doubted it myself, was that Indigenous Peoples in leadership would honestly internalize these standards, go back home and make sure that their own processes were more inclusive—really look at social development and realize that we have to move the ball forward for things such as education, health, affordable housing, and using that not only to organize our people but to go out and work with local government.

You know that old phrase, “think globally, act locally.” But it first begins with us taking the standard that we adopted in our region. We’ve also seen how we can reorganize. Many of our leaders who were online are older, some have passed. We have vast distances and very little resources, so we need to look at how we can better create a representative body for the region, and the Declaration is coming to play in that was as well. We look to give voice to those leaders who truly live and work with their people. We cannot be represented by Pacific Island people who were born and raised in Europe. These kinds of debates are now coming to the forefront, and they’re based on the definition of self-determination and the empowerment of local Indigenous communities and leaders. We see it coming into play in many ways, ways that strengthen Indigenous Peoples, but also ways that are assisting local and national government in critical tasks like providing shelter, meeting educational and health needs. I think it’s a positive movement forward, but it has been very slow.