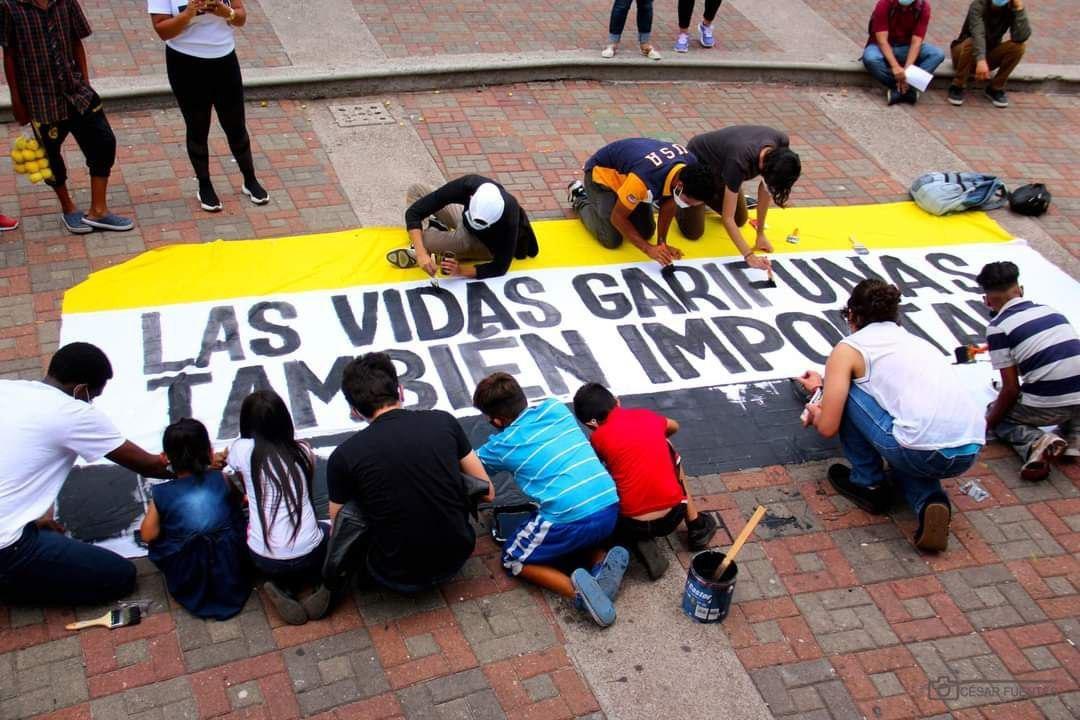 On Sunday, July 19, 2020, five men, including four Garífuna, were taken at gunpoint from their homes in the community of Triunfo de la Cruz, Honduras, by unidentified men dressed in uniforms belonging to the Honduran Police Investigation Directorate. The missing men are Alberth Snider Centeno Thomas (Garifuna), Milton Joel Martinez Alvarez (Garifuna), Suami Aparicio Mejia (Garifuna), Junior Rafael Juarez Mejia (Garifuna), and Gerardo Misael Trochez. More than two years have passed and there is still no news of their whereabouts.

Alberth Snider Centeno was the first young president of the community's board and a member of the Black Fraternal Organization of Honduras (OFRANEH). The other disappeared men were also activists defending life and their community’s land. Their activism focused mainly on landback efforts, as their territories are threatened by tourist and African palm plantation companies, and on promoting compliance with a 2015 the Inter-American Court of Human Rights ruling. Albert Snider Centeno had also promoted the reopening of the community radio station to assist in the dissemination of relevant news about the Garífuna people.

The Garífuna community of Triunfo de la Cruz obtained precautionary measures from the Inter-American Commission on Human Rights in 2006 and in 2015 the Inter-American Court of Human Rights issued a ruling against the Honduran State demanding reparations to the Garífuna People and the restitution of their lands. None of these measures succeeded in preventing this brutal attack against members of their community nor the lack of justice that followed. Members of the OFRANEH insist that these disappearances are part of a systematic persecution of  Garífuna Peoples and they continue to demand justice two years and four months later.

In February 2021, a committee was created to investigate and search for the disappeared community members in Triunfo de la Cruz called SUNLA ("Enough" in Garífuna, Garífuna Committee for the Investigation and Search for the Disappeared of Triunfo de la Cruz). This committee is self-managed by the Garífuna Peoples and is a response to the total distrust in the institutions in charge of clarifying this crime such as the Public Prosecutor's Office. Its goal is to find the four disappeared community members and identify those responsible.

In July 2021, one year after their disappearance, the Office of the United Nations High Commissioner for Human Rights (OHCHR) urged Honduras to "redouble its efforts to search for the five missing persons alive and to clarify the facts, through effective investigations that result in the sanctioning of all those responsible.” More than two hundred organizations from the Americas and Europe demanded the incorporation of SUNLA in the investigation work. In October 2022, more than eighty organizations also joined these demands in a letter to the Judiciary and the Public Prosecutor's Office of Honduras where they denounced the systematic persecution through criminal investigations against OFRANEH, the Council of Popular and Indigenous Organizations of Honduras (COPINH), and SUNLA.

The Honduran context has changed since these disappearances were perpetrated. In January 2022, Xiomara Castro’s new government took office. The Garífuna Peoples still do not trust the authorities but are trying to take advantage of potential spaces for change. OFRANEH continues to demand that the government integrate the SUNLA investigation committee into state mechanisms for forced disappearances and that a Special Prosecutor's Office against Forced Disappearances be created. In addition, they demand search plans be based on the UN Guiding Principles for the Search for Disappeared Persons.

In April 2022, the law that implemented the Zones for Employment and Economic Development (commonly known as ZEDEs) was repealed. ZEDE areas are where private companies have privileges in judicial, police, and tax matters and can grow without limits, thus violating the Free, Prior and Informed Consent of Indigenous Peoples. Many of these areas are in Garífuna territory, therefore this measure could be good news for the Indigenous communities in Honduras. However, in order to conclude this repeal, it will be necessary to ratify it in the next legislature that will take place in 2023.

César Benedith, a member of the OFRANEH and a community leader who served as president of the community board after the disappearance of Alberth Snider, states that since the disappearance of his colleagues, neither the threats nor the judicialization of community leaders have decreased. The Public Prosecutor's Office of Honduras, led by Óscar Chinchilla, continues to carry out a lawfare campaign or instrumentalization of justice for political purposes against members of the OFRANEH and SUNLA such as Miriam Miranda and Edy Tábora. This same office is in charge of investigating forced disappearances and responsible for providing answers to the families and communities. However, despite multiple visits to its offices by the OFRANEH to demand justice for this case, the institution continues to show no signs of progress and its actions are more along the lines of criminalizing than protecting. In addition, as a result of the disappearance of the four community members, Garífuna youth in the Triunfo de la Cruz community face fears in regards to fully participating in some spaces.

Under the mandate of the new government, the Garífuna communities hope that the Inter-American Court's ruling will be implemented and that justice will be served regarding the whereabouts of the four missing youths. However, with no news so far, they continue the fight in search of their colleagues and will not accept impunity for an answer.

In the past, Cultural Survival has made some recommendations to the State of Honduras in several of its reports to the United Nations Universal Periodic Review. The most relevant for this case are the following:

Cultural Survival joins the call to the Honduran government to: 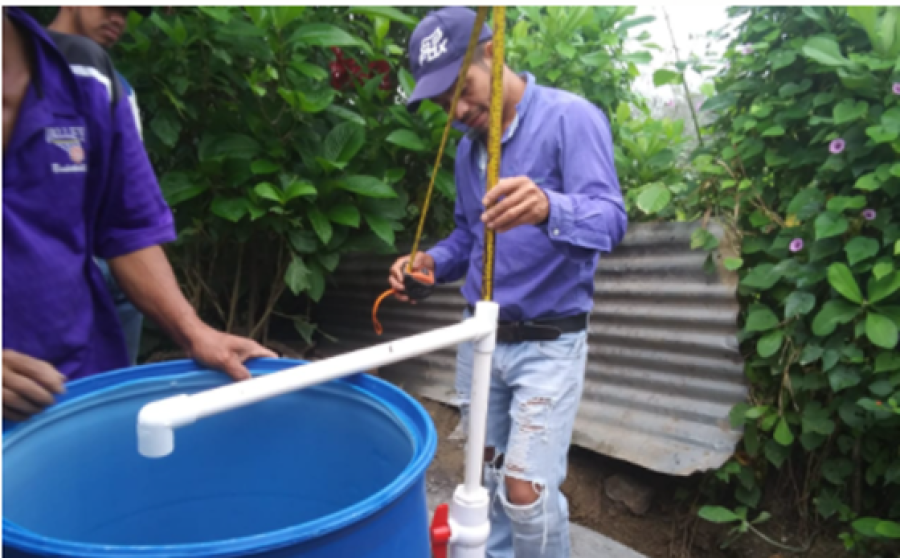 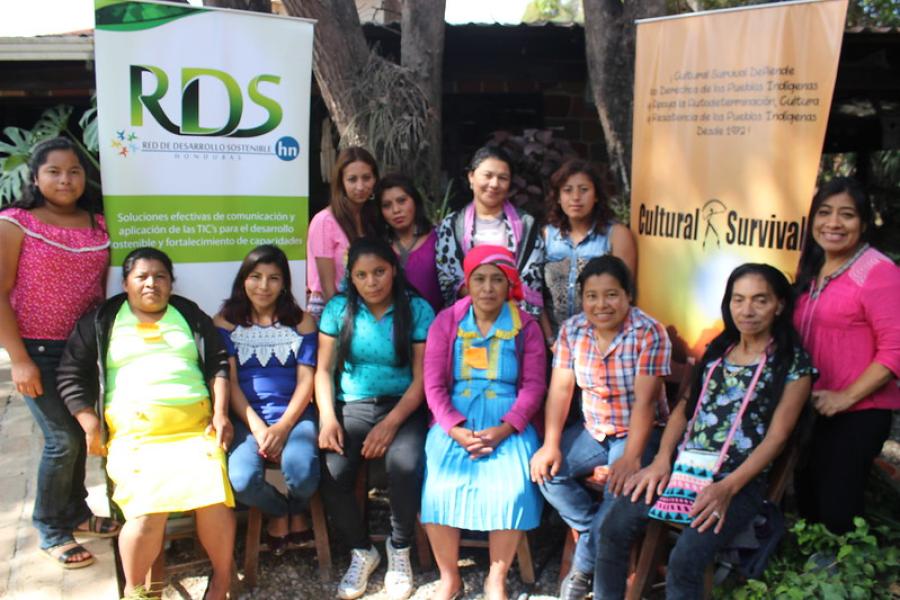