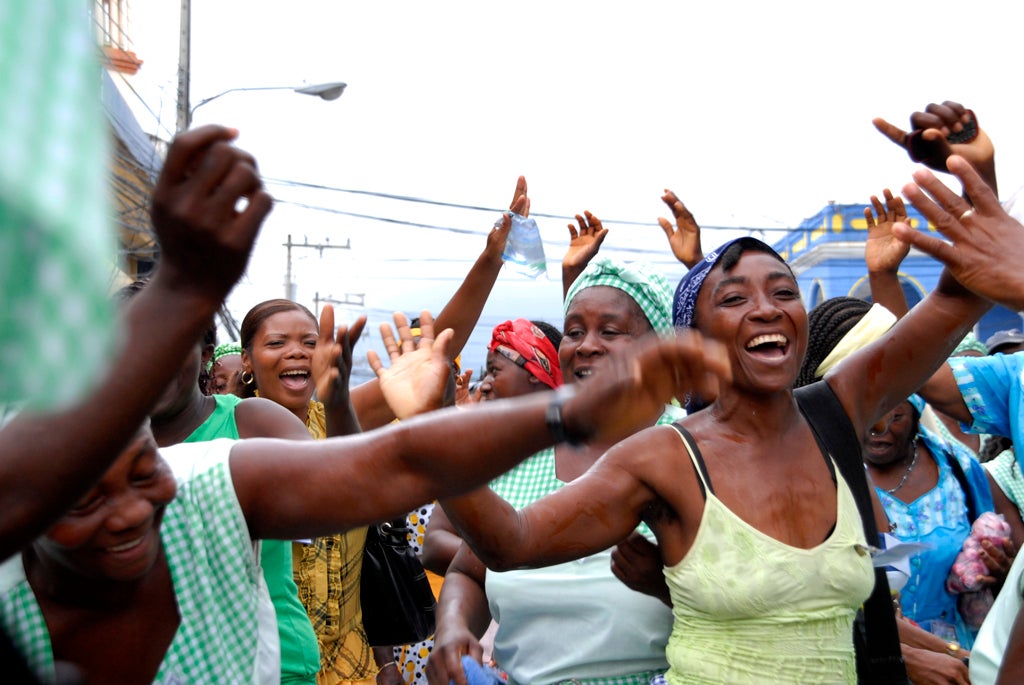 In a major win for Indigenous and Afro-descendent peoples in Honduras, the Inter-American Court of Human Rights issued a judgment in January declaring the State of Honduras responsible for the violation of collective ownership rights and the lack of judicial protection.  The case was brought by OFRANEH, the Black Fraternal Organization of Honduras which has been working for years to defend the territory of the Indigenous Garifuna peoples and a partner of a broad coalition of Indigenous and campesino rights organizations across Honduras.

After two years of deliberation, the Court, which is an international appeals court for countries in the Americas, issued the two judgments, upholding the communities’ right to Free, Prior, Informed Consent in front of development projects on their lands. The Court stated unequivocally: “Regarding the right to consultation and cultural identity, the Court considered that the consultation must be applied prior to any exploration project that may affect the traditional lands of the indigenous and tribal communities." The ruling therefore extends protection Indigenous peoples across the country.

OFRANEH has been supported in their legal work at the Inter-American Court by Cultural Survival’s partner organization Grassroots International, since 2012. They reported:

After years of considering a petition from OFRANEH, in February 2013 the Human Rights Commission of the Inter-American Commission on Human Rights (ICHR) presented the case to the Inter-American Court detailing the Honduran government’s violation of Garifuna collective ownership rights (citing Article 21 of the American Convention on Human Rights), lack of access to a fair trial and lack of judicial protection in the Garifuna communities of Triunfo de la Cruz and Punta Piedra. In addition, the case notes that the Honduran government violated the Garifuna’s rights to “Free, Prior, and Informed Consent”, a main tenet of the United Nations Declaration on the Rights of Indigenous Peoples.

During the site visit from the Inter-American Court of Human Rights (ICHR). members of the Garifuna community presented moving and detailed testimonies about land rights violations that they have faced for decades that provided the basis of more than 30 legal claims of land usurpation presented to the ICHR.

Reparation measures ordered by the Court last month include, among other matters: the investigation of five assassinations of Garifuna people  defending their ancestral lands; a public act of acknowledgment of international  responsibility ; demarcation of the land on which it has been granted collective ownership to the Punta Piedra community ; collective land ownership titles, properly defined and demarcated on the  plot of land known as the Triunfo de la Cruz Garifuna traditional territory; free access, use, and enjoyment of collective property  and commons of both communities;  and measures to ensure that the provisions on mining regulations do not undermine the right to consultation.

The Garifuna people currently have three more cases and several petitions at the Commission. For OFRANEH the violations of collective and human rights perpetrated by the State of Honduras demonstrate the existence of deliberate land grabs and expulsions in Garifuna territory. As Julian Eramos Castillo, Vice President of the communal authority of Triunfo the la Cruz shared, “After the Coup we resist, and we will continue in resistance… we, Garifuna people, fight to the death. We will continue defending our ancestral territory to ensure our children never lose our culture, language and connection to land.”

In 2014, Cultural Survival worked with Grassroots International and a coalition of Indigenous and Black organizations of Honduras ODHPINH, of which OFRANEH is a member, to submit a Universal Periodic Review report on Honduras to the UN Human Rights Council detailing human rights abuses against Indigenous and Afro-descendent Peoples. During their review session in 2015, Honduras faced criticism from the Human Rights Council on its treatment of Indigenous and Afro-descendent communities, especially regarding discrimination within the political system, the state's use of repressive violence, and with regard to land rights.  As a result of this review session, the government of Honduras formally accepted a number of recommendations, meaning that the Honduras is obligated to implement these recommendations at the national level over the next four years and demonstrate their progress by 2019.  The accepted recommendations related to Honduras’s Indigenous and Afro-descendent communities include:

Read the full list of recommendations accepted by Honduras, here.
Read Cultural Survival's joint UPR submission on Honduras regarding the status of Indigenous and Afro-descendent , here.