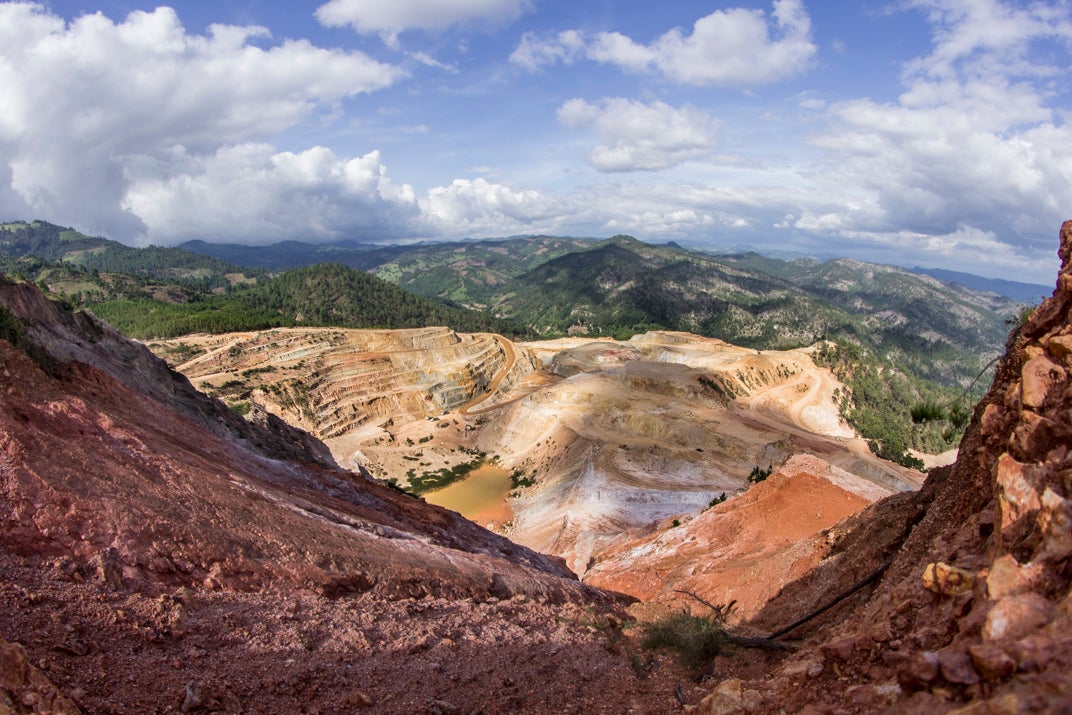 LA PAZ, HONDURAS — Lenca communities in Honduras are protesting the continued destruction of their critical ecosystems by foreign-funded hydroelectric dams like La Aurora and Agua Zarca (in Tibucá), and the mining operations of Canadian-owned Aura Minerals, which continue to operate despite the new  Xiomara Castro government declaring Honduras free of open-pit mining earlier this year. On February 20, 2022, Mimosa (Aura Minerals subsidiary) began excavation operations using cyanide in the Maya Chortí de San Andrés cemetery and exhumed more than 1,800 corpses with Honduran police protection. Other exploitations include: land grabbing from the communities of San Andrés, Platanares and San Miguel; the destruction of Honduras’ natural and cultural landscape; debilitating air pollution from extractivism; destruction and pollution  of surface waters as well as underground sources; and the endangerment of the White-tailed  Deer, Tacaquacin (opossum), Jilguero (goldfinch) and other endemic flora and fauna.  Honduras remains one of the world’s most dangerous countries to defend land and the environment, with more than 140 defenders killed since 2009, after a coup d’etat installed the former pro-business Hernandez regime. In the past, state and economic elites have been found complicit in the systematic killing of environmental defenders who threaten business interests.

The energy and mining companies are in violation of the Tribal and Indigenous Peoples Convention (ILO 169) ratified by Honduras in 1994, which mandates governments to protect the land and natural resources of Indigenous peoples and prevent forced displacements.  However, extractive industries defend their exploitation through laws created in their benefit,  such as the General Water Law passed in 2011, which allowed ceding the country’s water resources to third parties. Businesses like Aura Minerals are still flouting environmental and human rights laws with impunity, and cause more damage to natural resources, climate and biodiversity than any perceived benefit to Hondurans; in this case, the mining industry does not contribute to even 1% of the Gross Domestic Product (GDP) and employs less than 0.1% of people. There are a myriad of international private and public investors funding such exploitative projects in Honduras, including the International Finance Corporation (IFC), the  Inter-American Development Bank (IDB), US Development Finance Corporation (DFC), the  Central American Bank for Economic Integration, Chinese-owned Sinohydro Corporation,  and capital investment from the US government and other countries.

“Our souls ached seeing the disaster they had left. They wrecked the cemetery, dug  up graves, all to make it look like they’d exhumed all the bodies. We believe that there are still remains of our relatives churned up in the land they excavated. No one  knows which bodies are which, we don’t know where they are, we can’t go visit  them.”

— Yesica Rodríguez, a resident of Chortí Mayan community of Azacualpa

“Those who did not want to leave resisted. The last ones left faced off against company bulldozers that came to destroy the whole village. I remember one young man who didn’t want to leave—they fractured his spine with their machine. In the end, they removed him because he was injured.”

“'Sustainable development' for those who understand mining from the inside, is a joke. Otherwise, they wouldn’t harm the forests, or kill the animals. There used to be many animals in these hills, birds of all kinds, squirrels, deer, and even coyotes. Also, the five springs we used to have no longer exist. Little by little, the company has destroyed all of this.”

— José Armando Acosta Contreras, who worked for MINOSA for 20 years