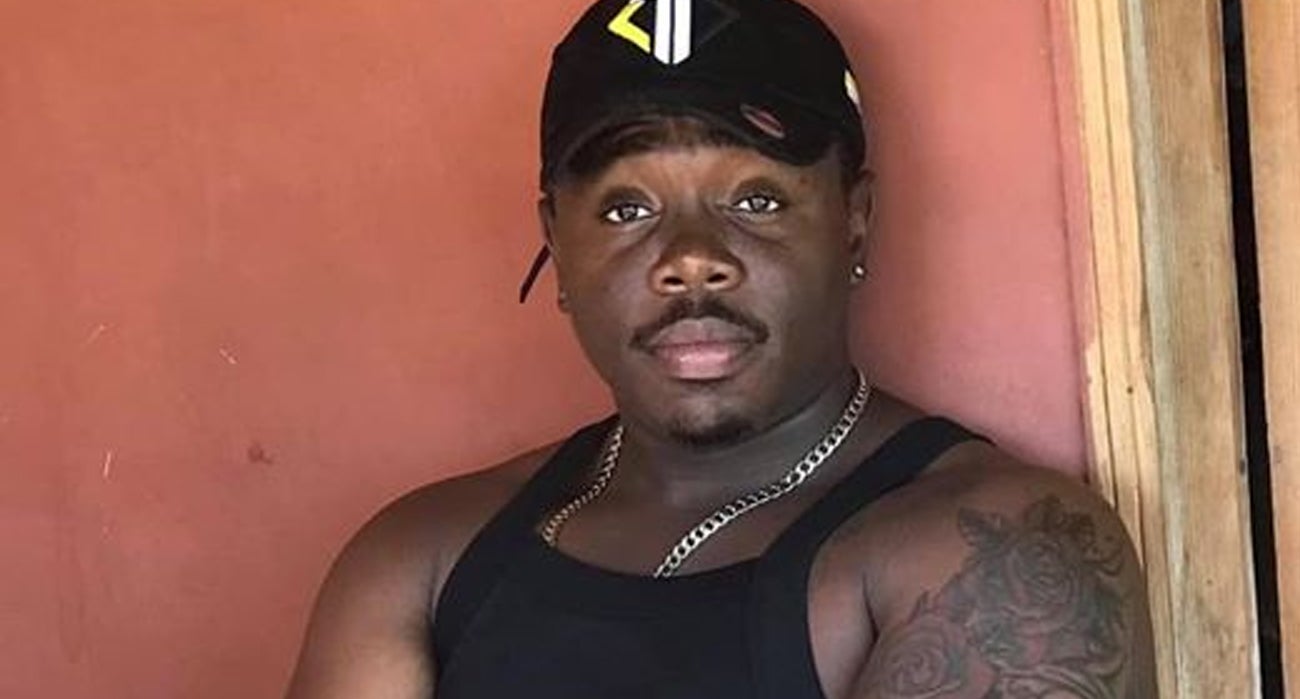 By Erica Belfi and Danielle DeLuca

Members of the Garífuna community are still awaiting answers concerning the four Garífuna men abducted from their homes on Sunday July 19, 2020. Among the missing include Alberth Snider Centeno Thomas (27 years old), a youth community leader who is  president of the board of the town of Triunfo de la Cruz, on the north coast of Honduras, along with Milton Joel Martínez Álvarez (39), Suami Aparicio Mejía (29), and Junior Rafael Juarez Mejia (33).  Witnesses report that their community members were abducted by armed men wearing police uniforms and balaclavas that concealed their faces. The armed men forced the abducted men from their respective homes at gunpoint and ushered them into an unmarked vehicle before speeding away.

Over a week has passed since the incident, there is still no sign of the Garífuna community members, with little to no substantial response from authorities. While prosecutors say that the motive for the attack is unclear, Garífuna leaders contend that the abductions are indicative of ongoing state persecution. The region has undergone long-standing conflict as Indigenous community members defend their lands against tourism developers, extractive palm oil industries, and drug trafficking.

Alberth Snider Centeno Thomas is the first youth leader elected to the position he holds as president of the ‘patronato’ or community governance board for close to two years.  Just prior to his kidnapping, he had successfully spearheaded an initiative to re-establish the Garifuna community radio station Faluma Bimetu.  “Thanks to god, our ancestors, to OFRANEH, and the collaborations that continue to arrive... from different members of the community, soon our radio station will be broadcasting, my people. In these moments, more than ever, we need this radio station to more frequently inform our community about what happens here,” posted Centeno on Facebook on May 19th.  During his leadership as president he also began the first phase of establishing a security post to protect the community.  Centeno had also previously supported efforts to hold the Honduran government accountable for its compliance with the 2015 Inter-American Court of Human Rights (IACHR) ruling that mandated Garífuna people receive compensation for their stolen land. The ruling also issued the Garífuna people titles to their land in an effort to stave off future evictions. The government’s lack of compliance with the ruling has aggravated the conflict between community members and public officials. Centeno Thomas’ work may have made him a target of the violence. 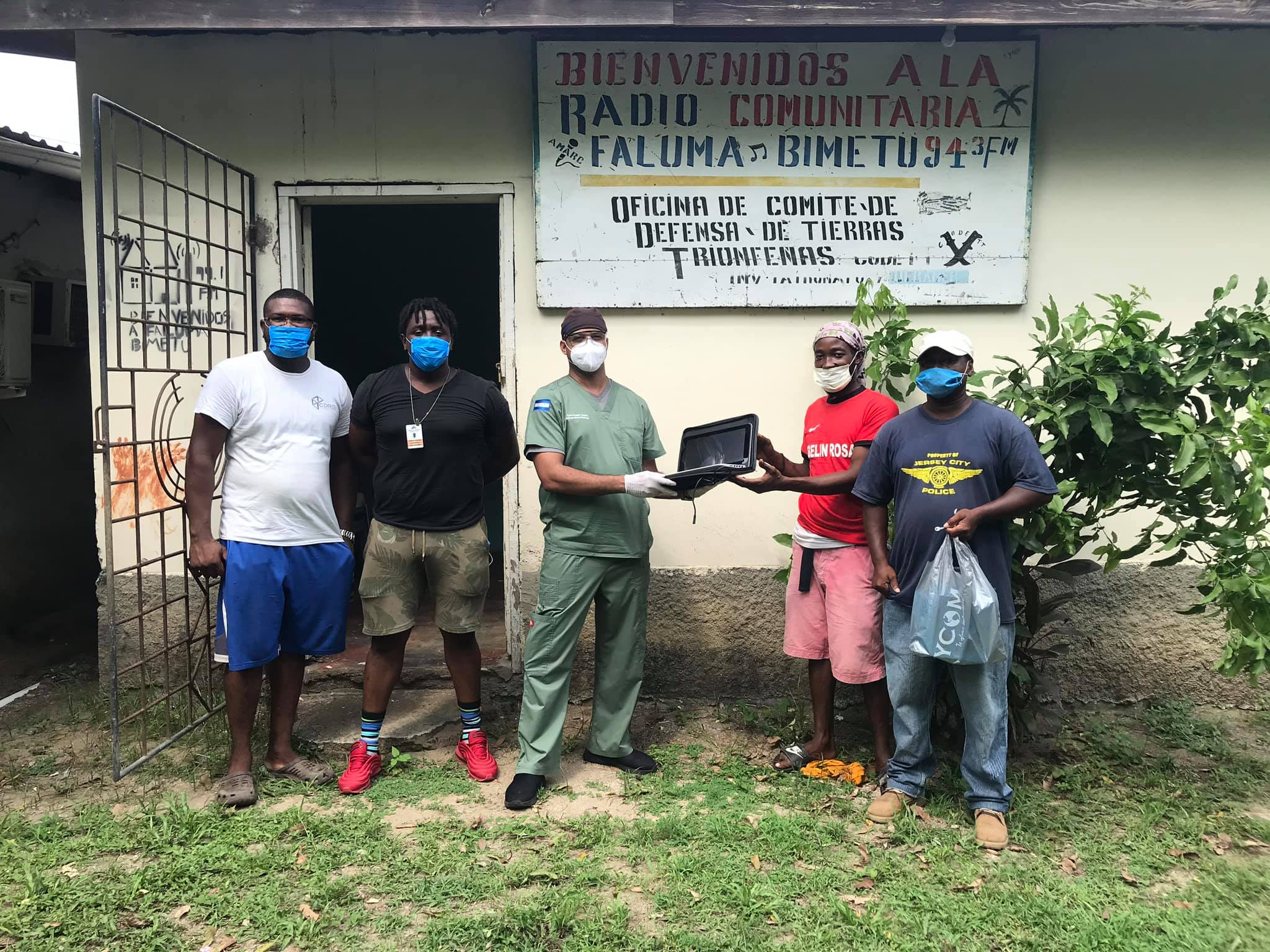 Alberth Snider Centeno Thomas, second from left, in a photo documenting the donation of a laptop computer from a local doctor to restart broadcasts at Community Radio Station Faluma Bimetu. (Facebook)

The Garífuna are an Afro-Indigenous Peoples who are the descendants of the African survivors of slave ships that were wrecked off the island of St. Vincent around 1675 and were welcomed by the Indigenous Kalingo People native to the island. In the late 18th century, the British exiled the Garífuna from the island and forcefully moved them to the Honduran coast and Belize. Over the years, the group has struggled to defend themselves against violent land grabs and hundreds of land defenders have been killed, threatened, or silenced.  In 2019, Garifuna leader Mirna Suazo, president of the Masca Board of Trustees in Honduras, was murdered inside her restaurant, when two hitmen disembarked their motorcycles and repeatedly shot her on September 8, 2019. Suazo had adamantly rejected the installations of two hydroelectric plants on the Masca River.

The Garífuna leaders say that the most recent abductions are the latest of many violent attempts made against them by Honduran President Juan Orlando Hernández’s government: Miriam Miranda, a Garífuna leader and member of the Black Fraternal Organization of Honduras, is insisting that both the kidnappers and the people responsible for organizing the crimes behind the scenes be held accountable. “What happened eight days ago today is the reflection of a systemic persecution and systemic repression, but also a well-crafted plan on behalf of the Honduran state to exterminate the Garífuna community.” She affirmed, “Justice means prosecuting those who ordered this crime.” She noted that the crime was particularly hard hitting for Garifuna youth, because of the hope they felt when Centeno was elected as president of the community board, the first time a young person had held that role. “It was important that a youth took on the role of building their future,” she commented in Nodal Radio.  OFRANEH reports that  92% of criminal cases remain in impunity in Honduras.  Community members continue to protest the targeted violence, demanding that their lives, land, and culture be respected.