The Death of Rios Montt: A New Spring for Guatemala 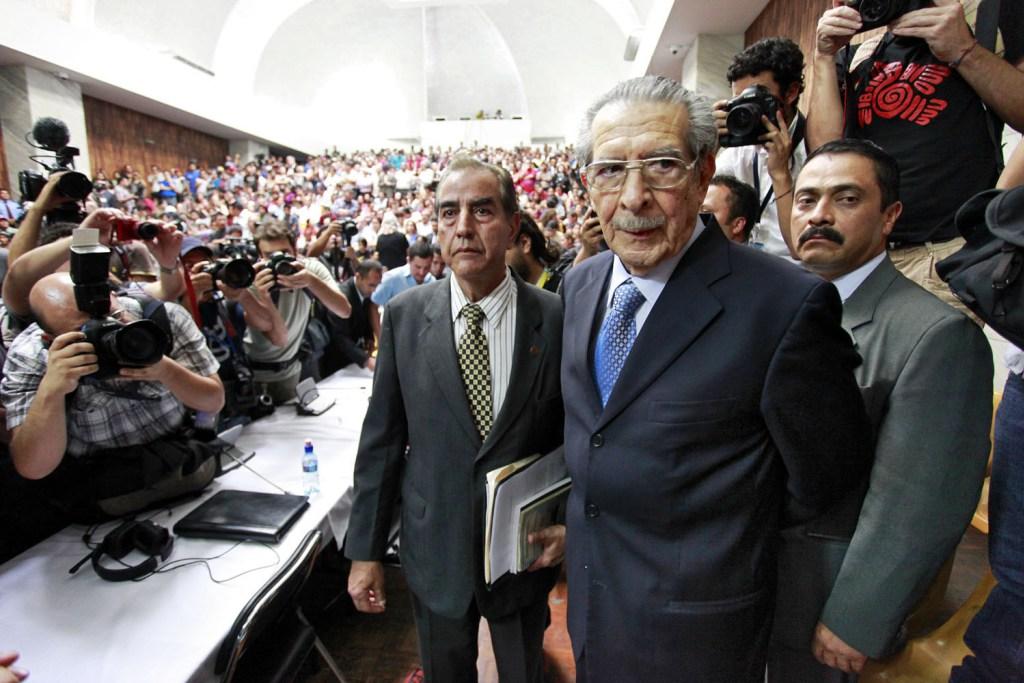 Guatemala is, unfortunately, a country known for some of the highest rates of violence, for being one of the countries with the greatest economic and social inequality, and for some of the highest illiteracy rates in Latin America.  Guatemala will also be remembered as the only country which convicted one of its presidents for genocide, General Efraín Ríos Montt, a man who governed during the cruelest of periods in Guatemala known as "The Thirty-Six Year War” from 1960-96.

While many hoped for a new trial of Ríos Montt for the massacres committed during his reign, on April 1, 2018, the retired military officer and politician, died at his residence.  Despised by many and admired by others, Ríos Montt let go of this life surrounded by sadness, frustration, and helplessness among the many who did not receive the justice they deserved.  He also died surrounded by fear, the fear held by other military and ex-military types who knew that if Ríos Montt were to be arraigned, tried, and sentenced, they too would follow in his footsteps and be sent to prison.

As I write this, in these moments, the poem composed by revolutionary Ismael Cerna comes to mind.  With his verses of poetry, he confronted a different general, Justo Rufino Barrios, also the president and a tyrant of his time. Cerna was jailed for his proclamations, but because of the quality of his poetry he was freed by the president whom he hated so much.  When Barrios died in 1881, the young Cerna, attended his burial, pushing aside the crowd that accompanied the deceased and recited publicly the final poem he had written to the president.  I offer a couple of verses from it here:

I do not come to your tomb to mock you

my words of vengeance do not arrive

nor does the widow, nor the orphan who cries

nor the cold spoils of war.

You can no longer inflict wounds, not even defend yourself,

your vicious cruelty is over, the hour is gone;

now only history has the right

to condemn you or absolve you.

For Catholics, April 1st, 2018, is the Sunday of the Resurrection. The death of Ríos Montt in the comfort of his home, like a regular civilian, and without having been jailed, could mean defeat.  Nevertheless, his death can be viewed as a resurgence of justice, like the bird’s flight that ascends extending its wings toward heaven over all of the devastated and burnt villages, over each forgotten community where there are survivors of the war.  That bird of justice now flies over Guatemala saying, “There is nothing so tyrannical, so powerful or so inhumane, that can last eternally.”

Ríos Montt might be loved, and some Guatemalans might consider him as a hero, but he will also be remembered by many of us as one of the presidents who injured the heart of Guatemala.  But more than death is left behind, because that heart drained of its lifeblood, continues beating even today.  As Indigenous leader Daniel Pascual said in Pamela Yates' film 500 Years,  “The fact that Ríos Montt was condemned for genocide, although later anulled by a judge, is something significantly important to us.  In peoples’ mind, that of the children, that of all those who saw and heard the judgment annulled, he will be remembered only as a mass murderer.”

Ríos Montt will go down in history as one of the people primarily responsible for the most atrocious crimes committed during Guatemala's civil war and as one of the military leaders who trampled the flowers of the Guatemalan countryside with his boots made out of his generals, his colonels, his lieutenants, his majors, his captains, and his corporals and out of his foot soldiers.  And although many of these flowers have died and many survivors no longer smile or laugh, they still remain as seeds that will return to blanket the countryside with color.  As a friend of mine said once, “It doesn’t matter how much snow falls, how much the habitat is destroyed or how many people are oppressed, spring will continue to arrive, cycle after cycle, circling around again and again.”

Now is the time for spring to arrive again.

--Diana Pastor is the editor of the magazine Entremundos in Guatemala.