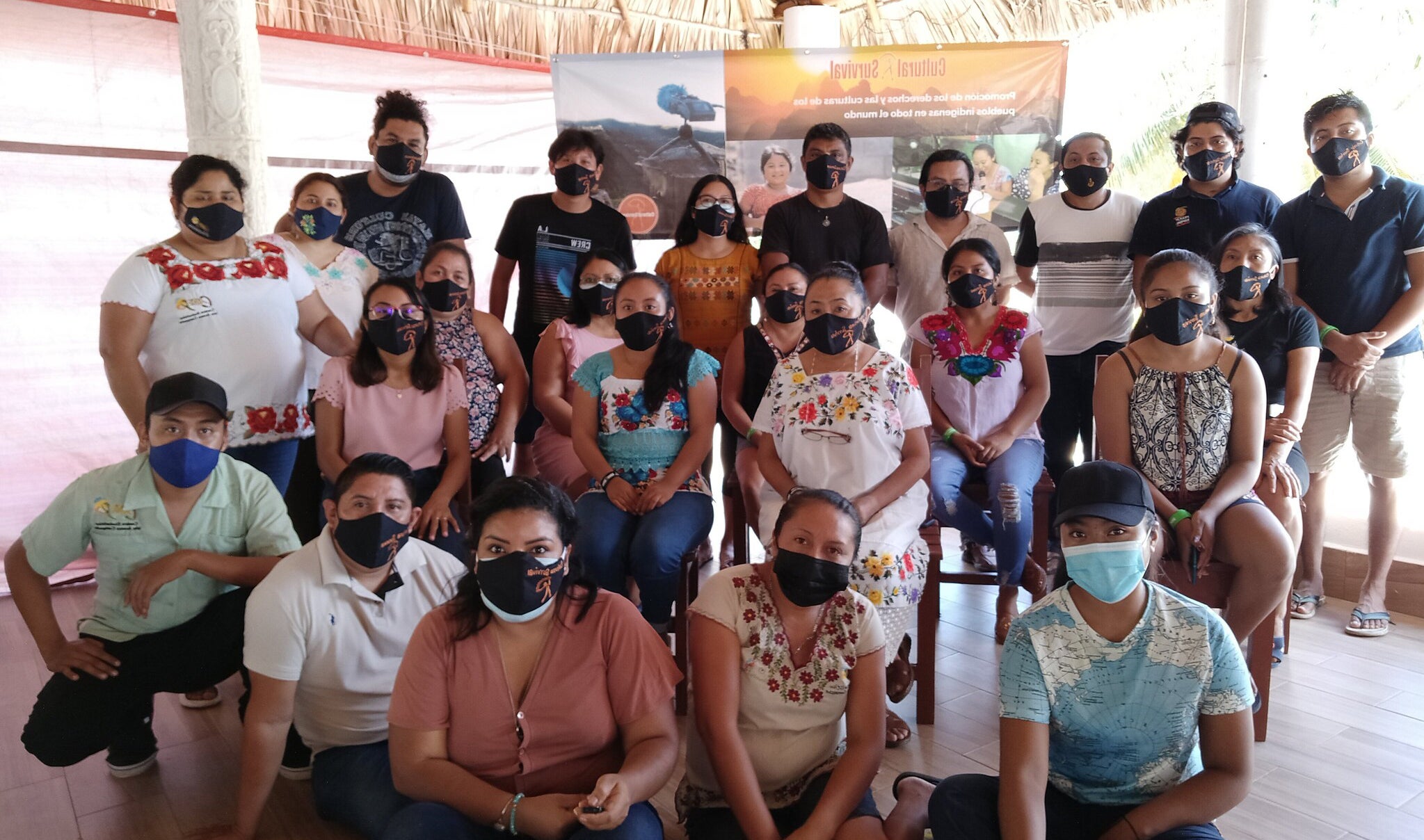 In September 2021, thanks to the generous support of the W.K. Kellogg Foundation, Cultural Survival held two trainings focused on Indigenous community communications through a gender lens. These were the first two of a series of trainings designed for leaders from Indigenous organizations and radio stations in Southeastern Mexico. These trainings centered on the importance of radio as a powerful tool for defending and promoting land and human rights.

In total, 50 people from 15 organizations and 8 Indigenous radio stations participated, with 5 of them in the process of opening a new radio station. The main objective was to promote the exchange of experiences, in addition to promoting with greater force the exercise of Indigenous community communication in these territories. 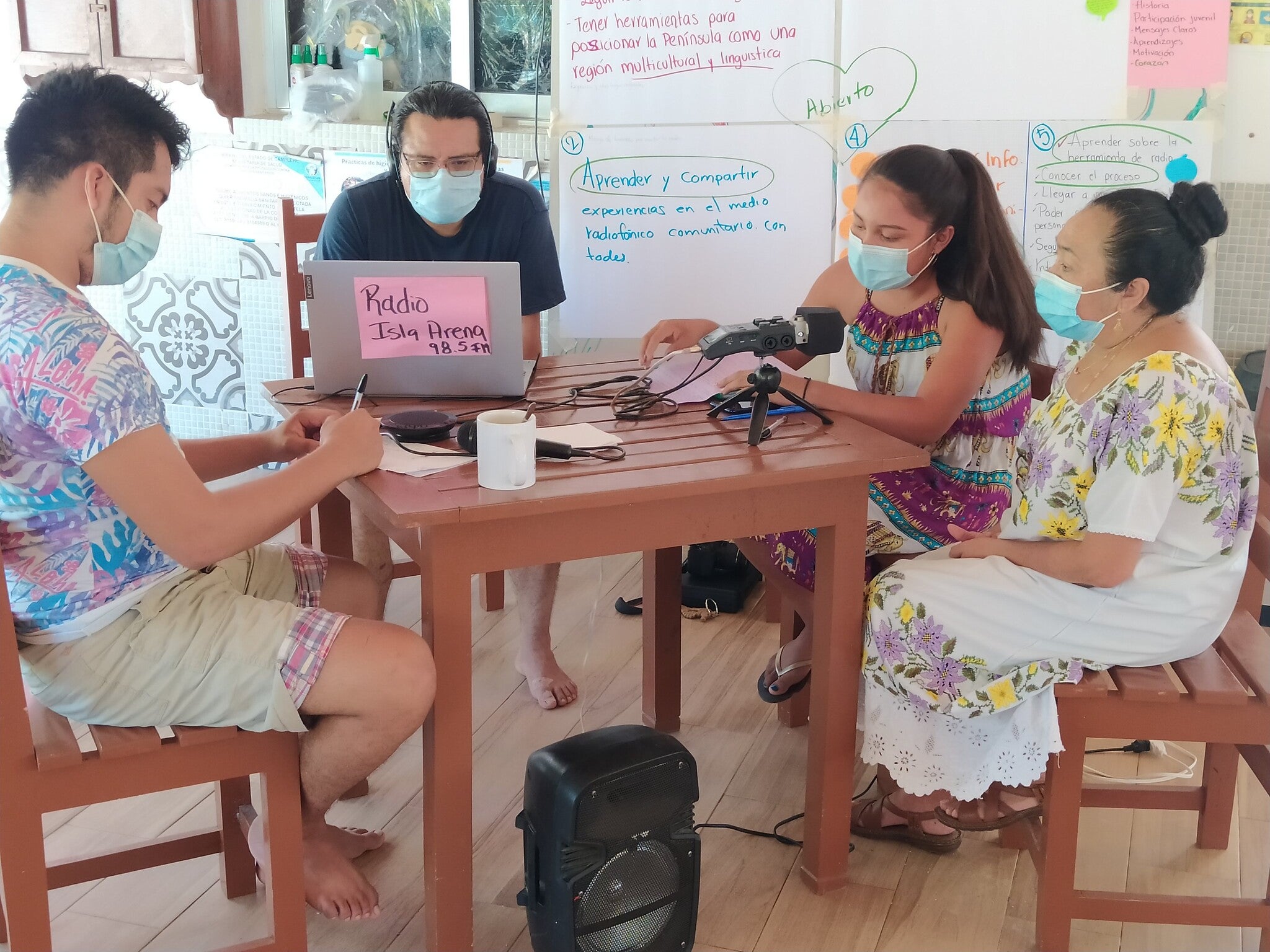 Other objectives set and achieved with the execution of these training processes were to motivate radio production and the generation of content in both Spanish and Indigenous languages, in addition to the creation of a propitious space for sharing experiences and knowledge among the participants in order to strengthen relationships and create alliances between them.

“As Cultural Survival, we have great interest in accompanying processes that strengthen the full exercise of human rights and Indigenous rights in the region of Mexico, for this reason we are very happy with the trainings that we just carried out. In this same sense, we will support four groups to strengthen and start a radio project, as well as three youth community communicators within the framework of the defending of Indigenous lands and of lifeways,” expressed Cultural Survival Community Media Program Manager Socrates Vásquez (Ayuujk Jääy) who attended both trainings in person. 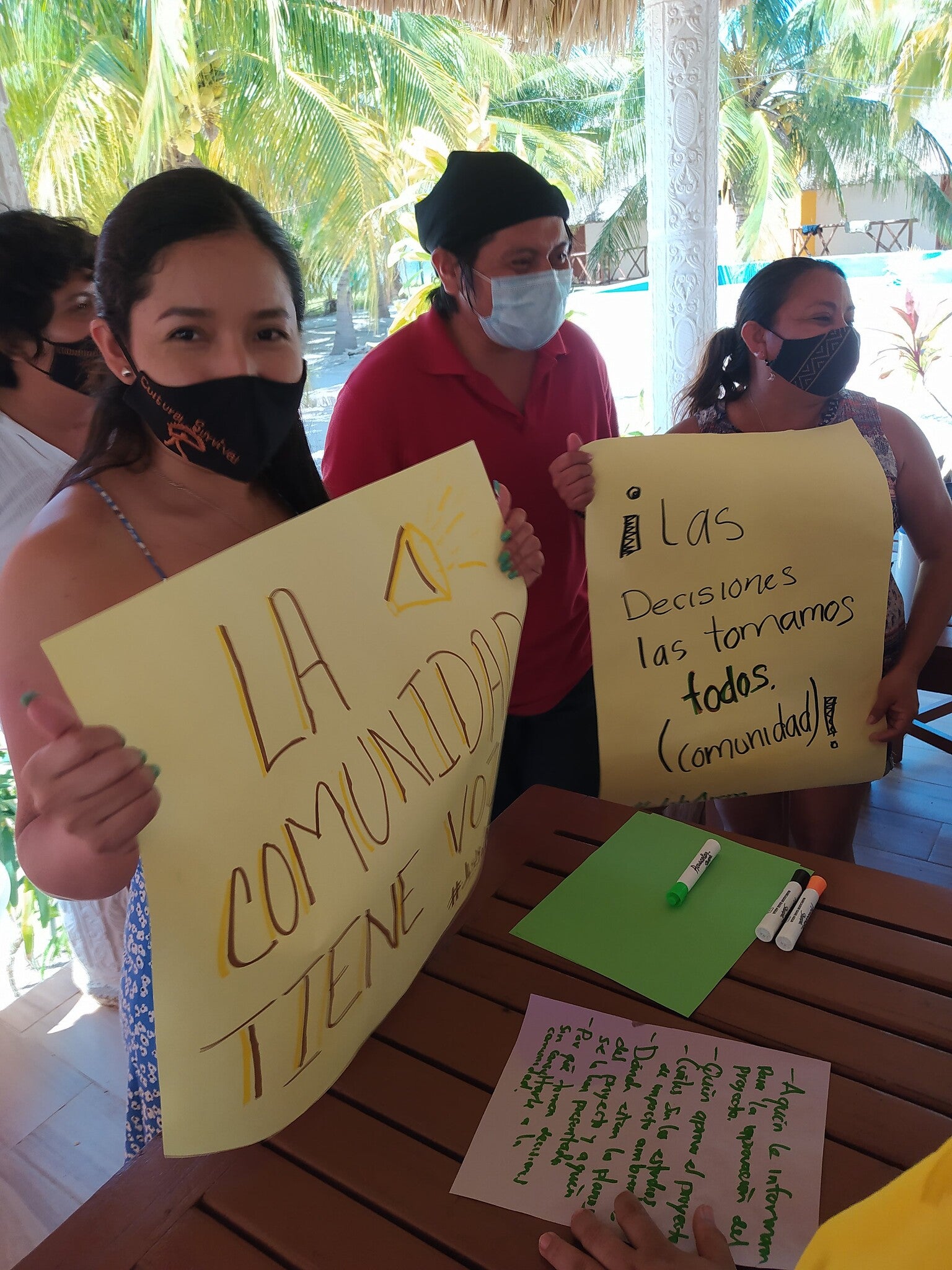 The first training meeting, which took place in Isla Arena, Campeche, was aimed at social organizations. Some of them already had experience in the field of radio but for others it was a completely new area of learning. The workshops started with a general discussion of what an Indigenous community radio station is and how it works and also covered the guidelines for applying for grants from different types of donors and funds such as those of Cultural Survival.

These spaces gave rise to reflections on the participation of women in Indigenous community media, as well as dialogue on the lack of tools and spaces that promote women’s leadership in a patriarchal and hegemonic world. During the second training, held in San Cristóbal de las Casas, Chiapas, attendees highlighted a frequent problem in their communities that women do not have the right to own land. Although this issue has already begun to be questioned, many efforts still need to be made to transform this discriminatory practice. 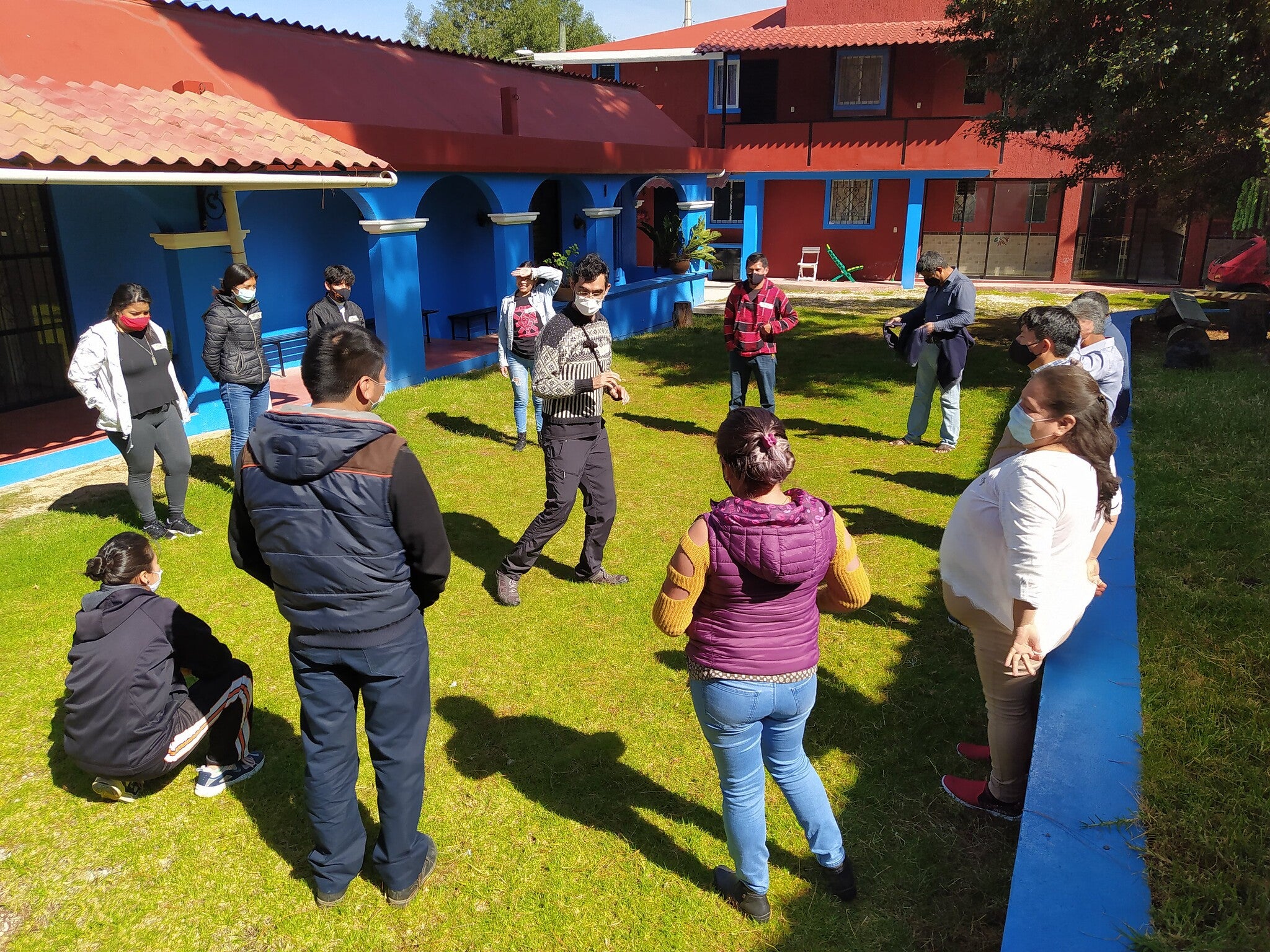 During both trainings, participants also reflected on the importance of providing more spaces for the promotion of Indigneous languages, since historically they have been severely marginalized. “It has remained in our heads that we cannot do anything, that we cannot learn. When I do some work in my town, my colleagues ask me with surprise and perhaps even distrust: ‘Did you make this video?’ We continue to have in mind that as Indigenous Peoples we cannot learn to do things well, and that we have to consult a 'Kaxlán' (a Spanish speaker) about everything,” said Domingo Gómez (Tsotsil) from Chiapas, Mexico, and who participated in the workshops.

Gómez also added that "in the communities the thought that 'a Kaxlán is the one who knows' is still very prominent." Convinced and encouraged by the knowledge and tools shared by Cultural Survival, he affirmed that as Indigenous Peoples "it is hard for us to get rid of that little thorn that was left in our heads, however, are making progress little by little.” 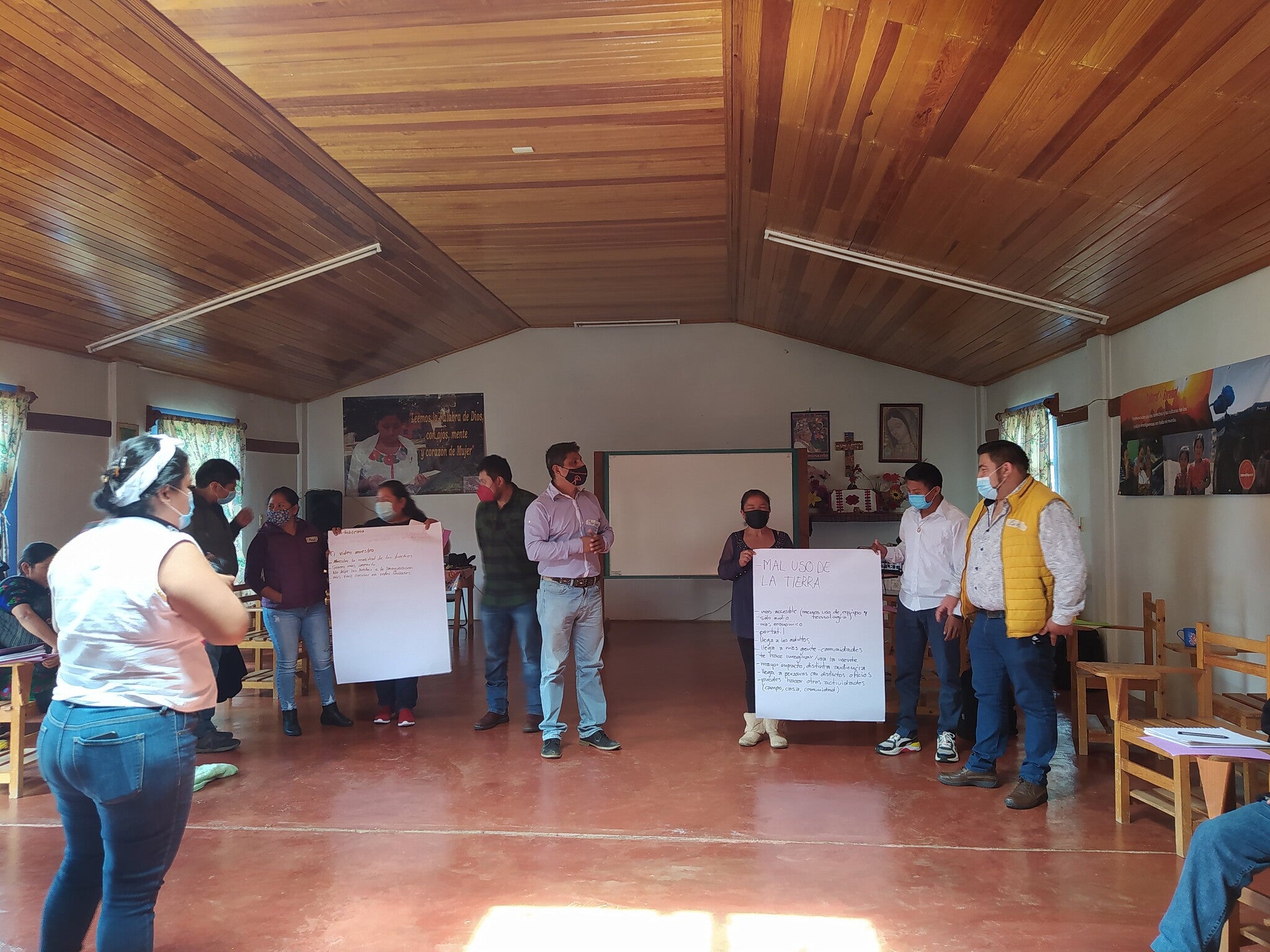 In both trainings in Campeche and in Chiapas, Cultural Survival Keepers of the Earth Fund Program Manager Bia’ni Madsa’ Juárez López (Ayuuk and Binnizá) was also present and was attentive to the needs expressed by participants. Juárez López recalled that thanks to the struggle of Indigenous Peoples there are already international treaties and laws that support us, such as the International Labor Organization Convention 169, the United Nations Declaration on the Rights of Indigenous Peoples, and mechanisms such as the UN Permanent Forum for Indigenous Issues.

The trainings were carried out in community places where space rental fees go to support the local community. Likewise, local facilitators helped implement health measures and recommendations to ensure collective health, since we are still in the midst of the COVID-19 pandemic. Constant monitoring, before, during, and after these events was carried out to endure any changes in the health of the participants was known. The conscious use of masks, social distancing, the sanitization of spaces, and  constant hand washing helped keep all participants safe and healthy. 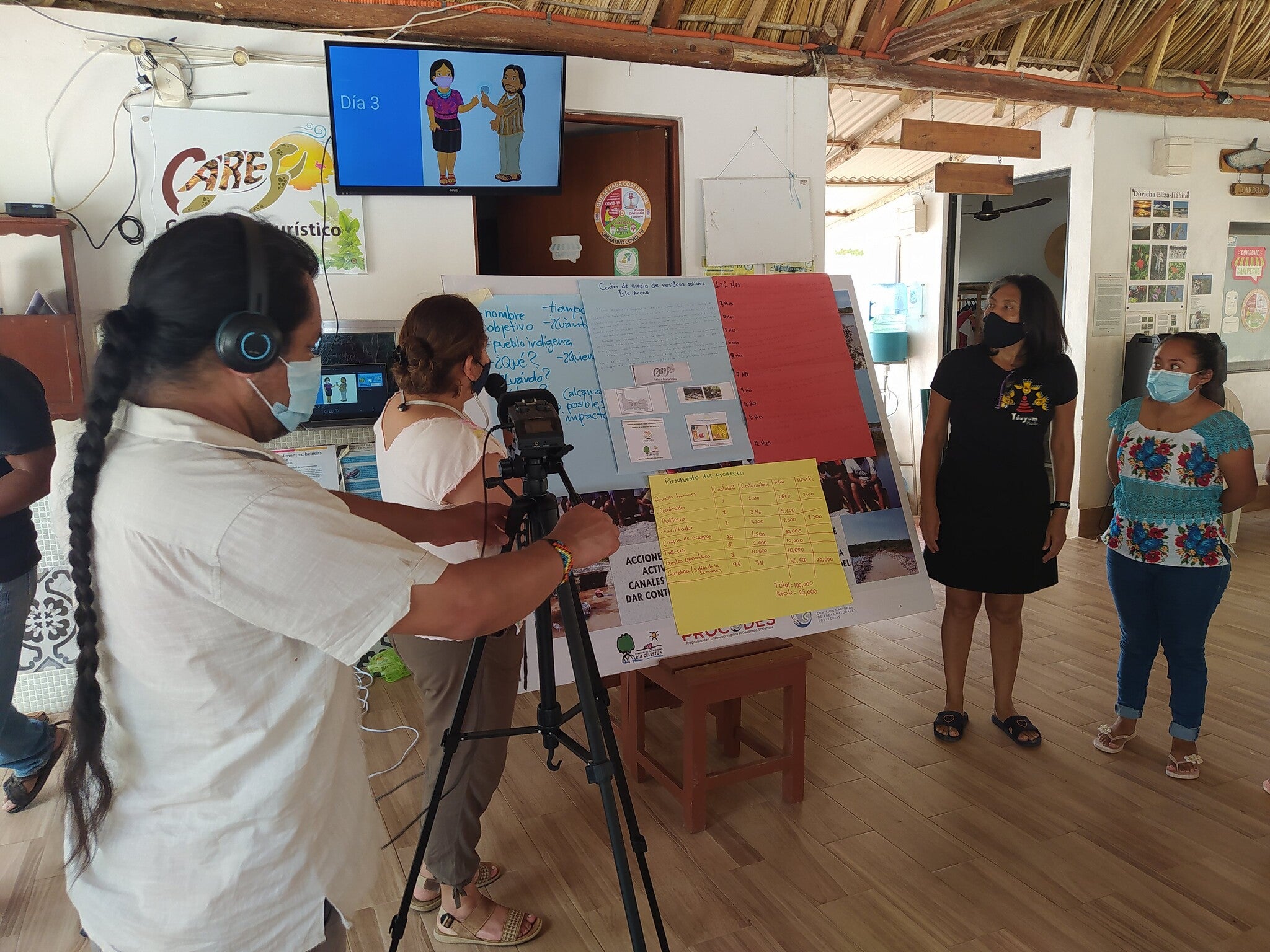 At the end of the trainings, attendees evaluated the workshops, topics covered, and the work of Cultural Survival. The responses were overwhelmingly positive, and the need to continue reflecting on the role and participation of women in communications was highlighted. In addition, the attendees left with confidence that Indigenous Peoples can have and operate their own radio stations and with the knowledge that it is an international human right. 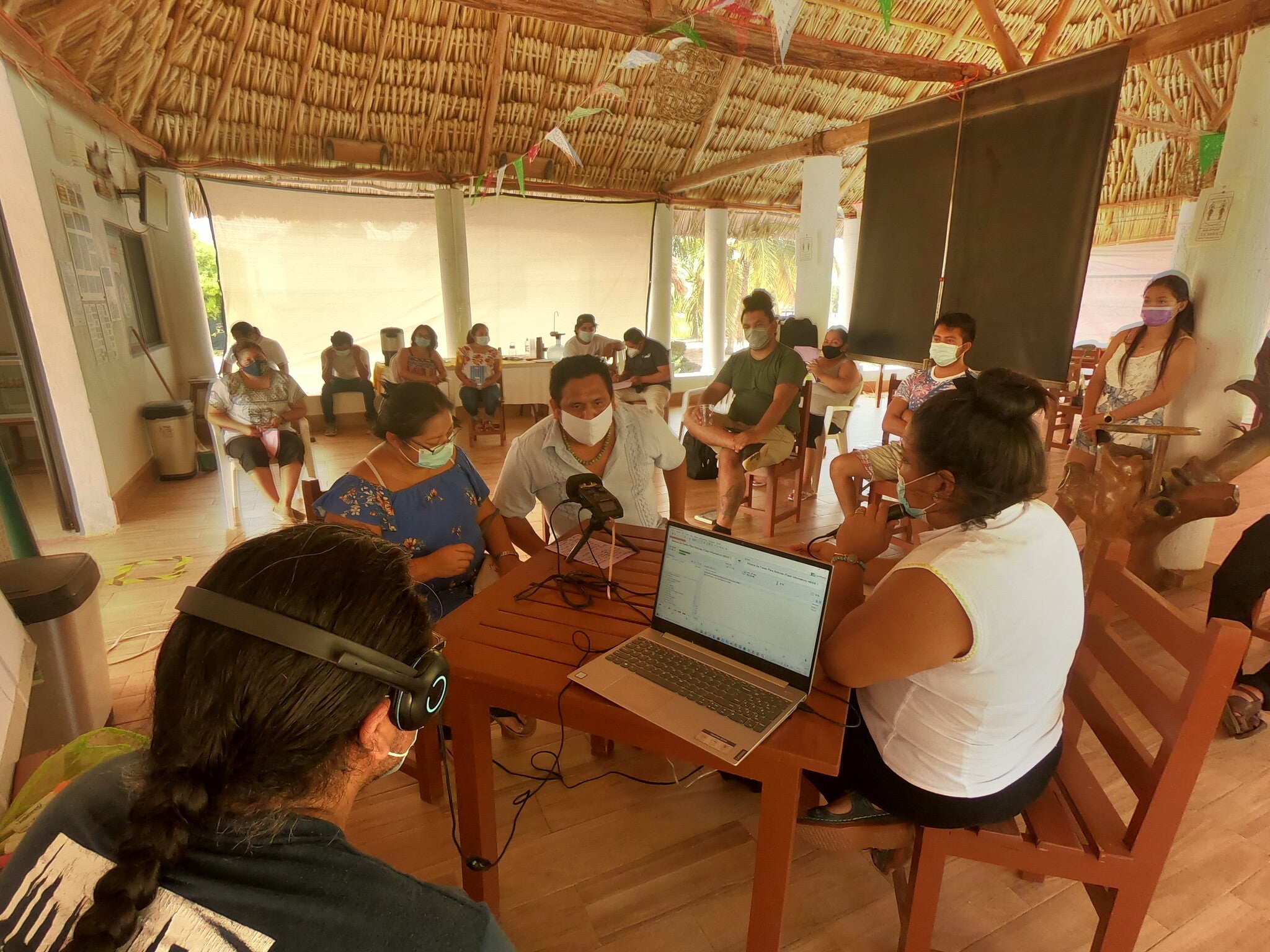