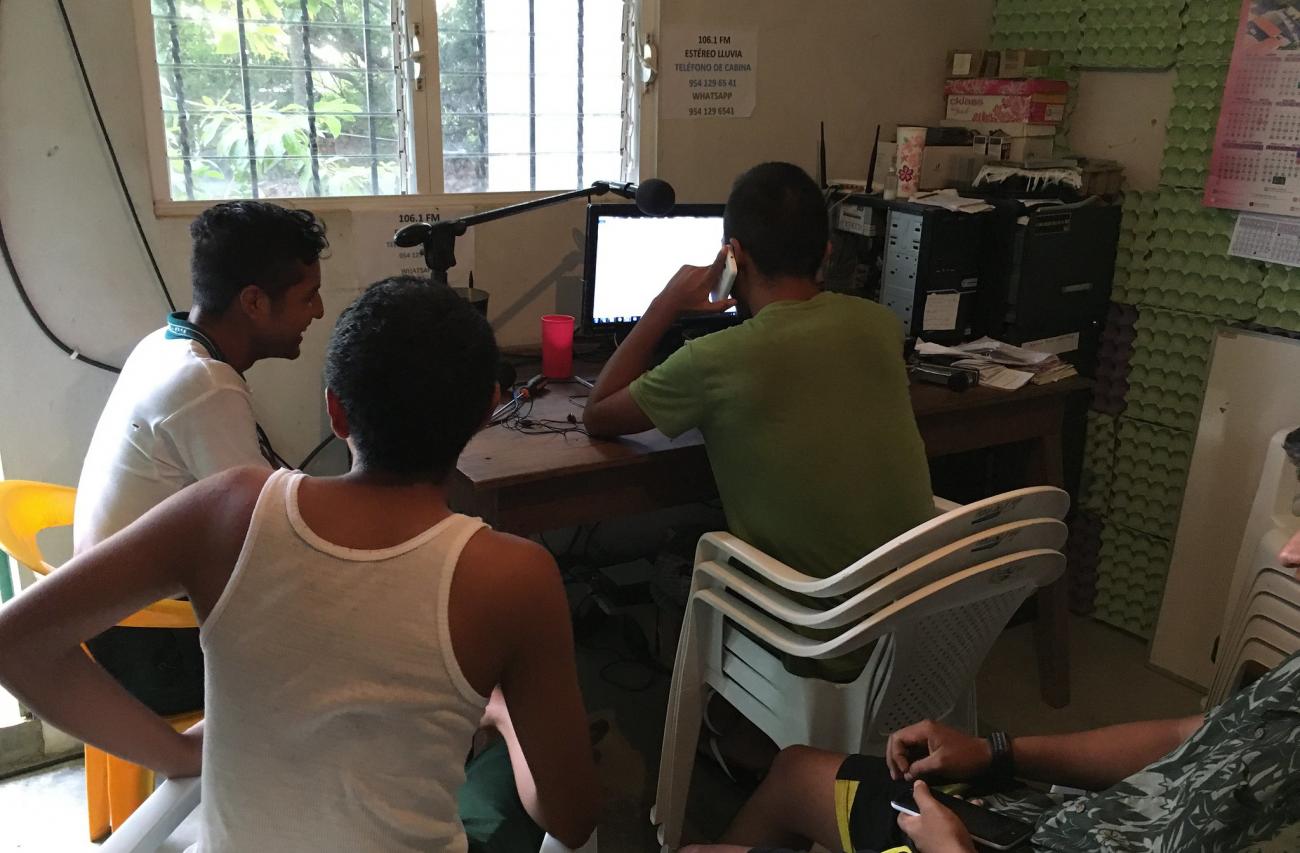 Since 2017, when the largest expansion of Cultural Survival’s work began in Mexico, 57 Indigenous community radio projects and 7 youth and 25 women have benefited from grant funding or training through our Community Media Program work. Additionally, through the Keepers of the Earth Fund, 31 community projects on various topics have been financed in Mexico. This growth stage required, in 2018, the completion of an analysis report of the broadcasting situation in Mexico, which helped us understand the national landscape to guide our work and define a diversified strategy in the country based on the needs of the stations. After initially focusing on funds for individual radio stations, Cultural Survival is now expanding its support to groups of radio stations and radio networks and towards new communication platforms.

According to Cultural Survival’s State of Indigenous Radio in Mexico Report, the largest number of Indigenous community radio stations are in Oaxaca, and is the state with the greatest cultural diversity in the country, which also contains a good portion of the Mixtec territory. This territory, which includes communities in Oaxaca, Guerrero, and Puebla, has been marked by many levels of violence: agrarian conflicts between communities, organized crime, mega-projects such as the Paso de la Reina hydroelectric plant, and an unstable political climate. In this context, community radio projects that add to peace-building in the communities are particularly valued. 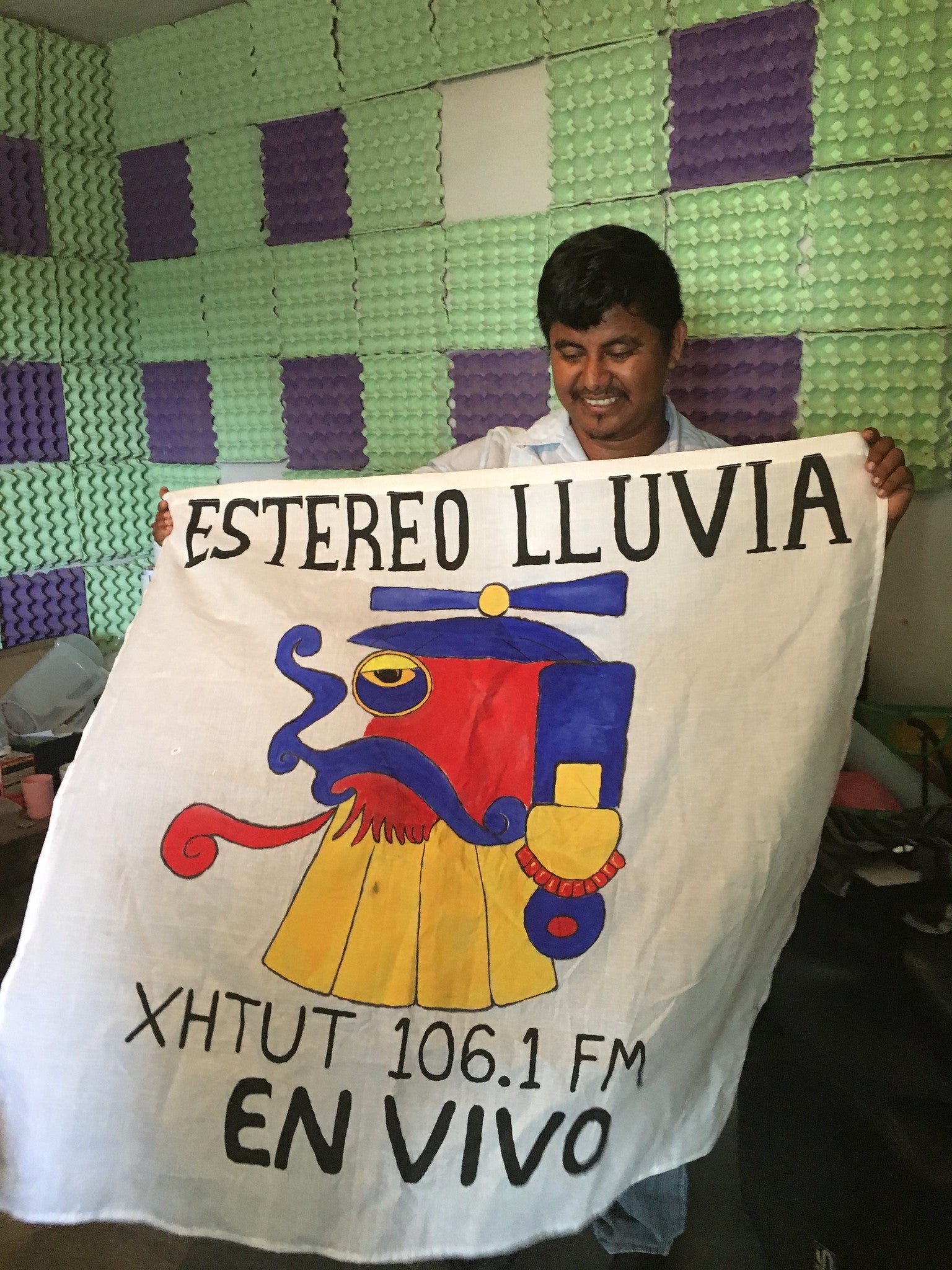 Cultural Survival staff recently visited the project “SAMA TUꞌUN, weaving networks of words”, headed by Estéreo Lluvia, whose purpose is to connect a radio production center and four Ñuu Savi (Mixteca) community radios on the coast of Oaxaca. This radio station network’s objective is to establish a wireless connection along the 80 kilometers that divide the stations and provide content using independent servers that will facilitate the exchange of programs and productions between the participating radio stations. As the connection of the internet providers is limited and of poor quality in this area, the radio station managers are enthusiastic that, with the project, they will be able to “create collaborative spaces in our programming bars, allowing the radio stations to be kept on the air and share fresh content with their audiences, in addition to getting to know the different communities and their mother tongue variants, expanding the bonds of brotherhood between the coastal territories.”

The participating radio stations already have a history of several years of exercising their right to communicate in their own language, tuꞌun savi or tuꞌun vaꞌa. This is the case of the radio ESTÉREO LLUVIA XHTUT 106.1 FM, which broadcasts from San Pedro, Villa de Tututepec, with an active participation of women, men, and youth. This radio covers Ñuu savi, Chatina and Afro-American populations, with a daily program that opens at five in the morning and closes at ten at night, and promotes Indigenous and Afro-Mexican cultures, as well as the participation of youth, informs about sexual and reproductive rights, as well as the care and defense of their lands and resources. 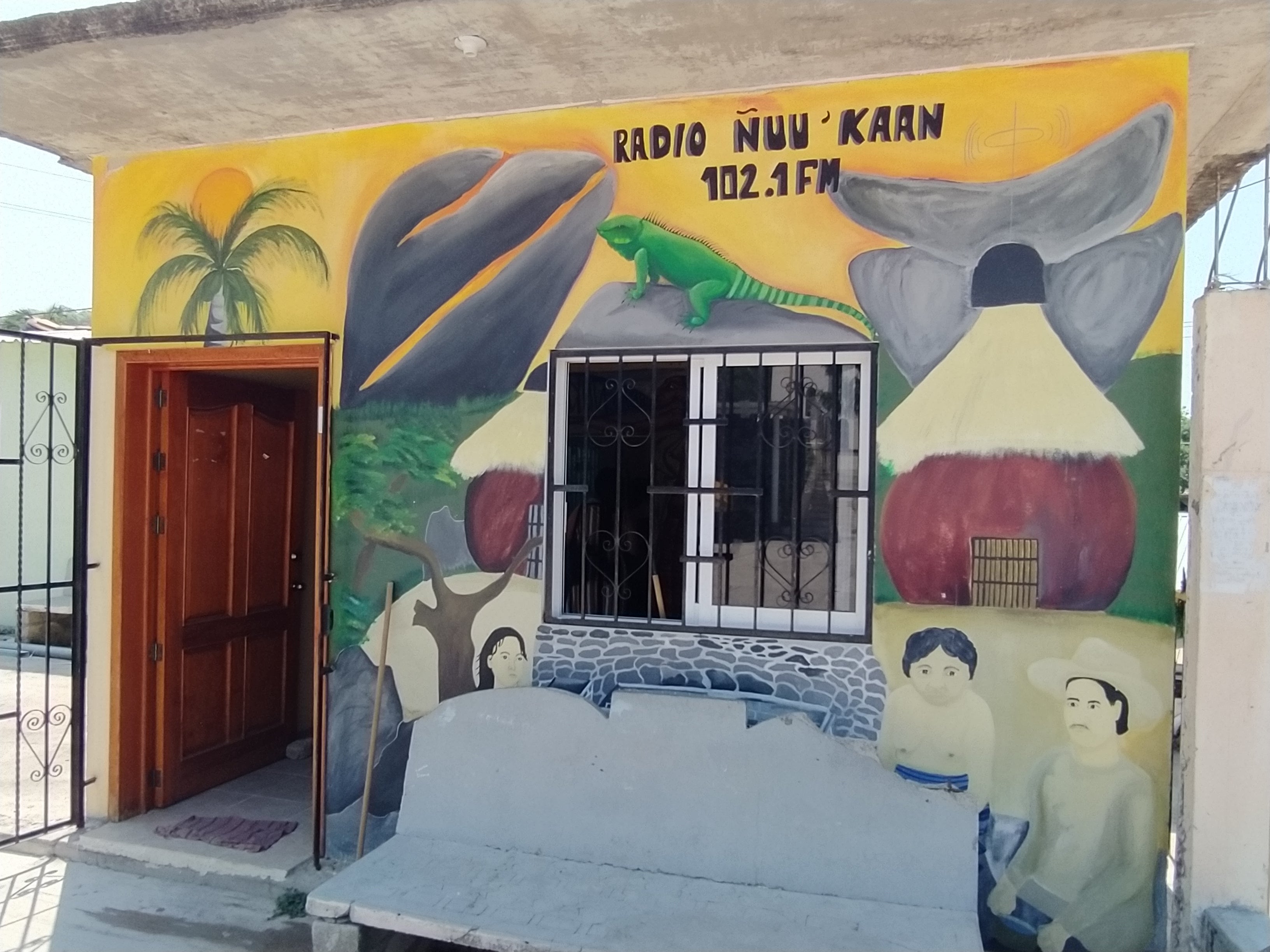 RADIO ÑUU KAAN 102.1 FM, located in Santa María Jicaltepec, Santiago Pinotepa Nacional, is mainly run by women. It serves the Ñuu Savi and Afro-Mexican populations of Santiago Pinotepa Nacional. Radio Ñuu Kaan starts broadcasting at seven in the morning and closes at six in the afternoon. Among the issues it addresses are the rights of Indigenous and Afro-Mexican Peoples, women, and gender equality. It also has youth programming that has been very important during the pandemic to accompany children in their educational processes at home. 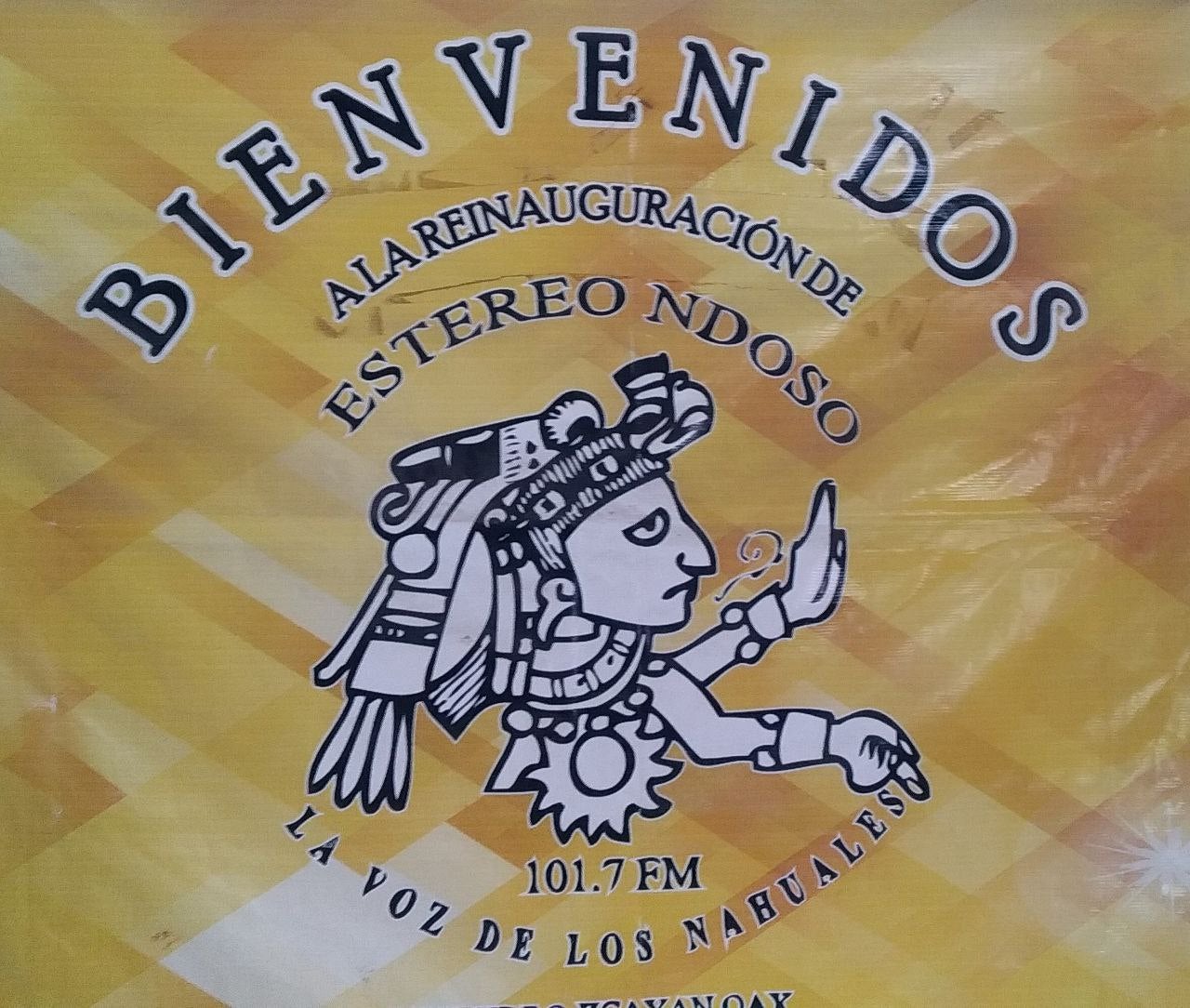 ESTEREO NDOSO 101.7 FM broadcasts from Barrio Tichindua, San Pedro Jicayán, with the participation of women and men volunteers. With content mainly in Tuꞌun Savi (70%), it begins broadcasting at ten in the morning and ends at eight at night, and focuses on bring attention to topics such as drug addiction, alcoholism, suicide, equity and gender equality, uses and customs of the community, community notices, among others. 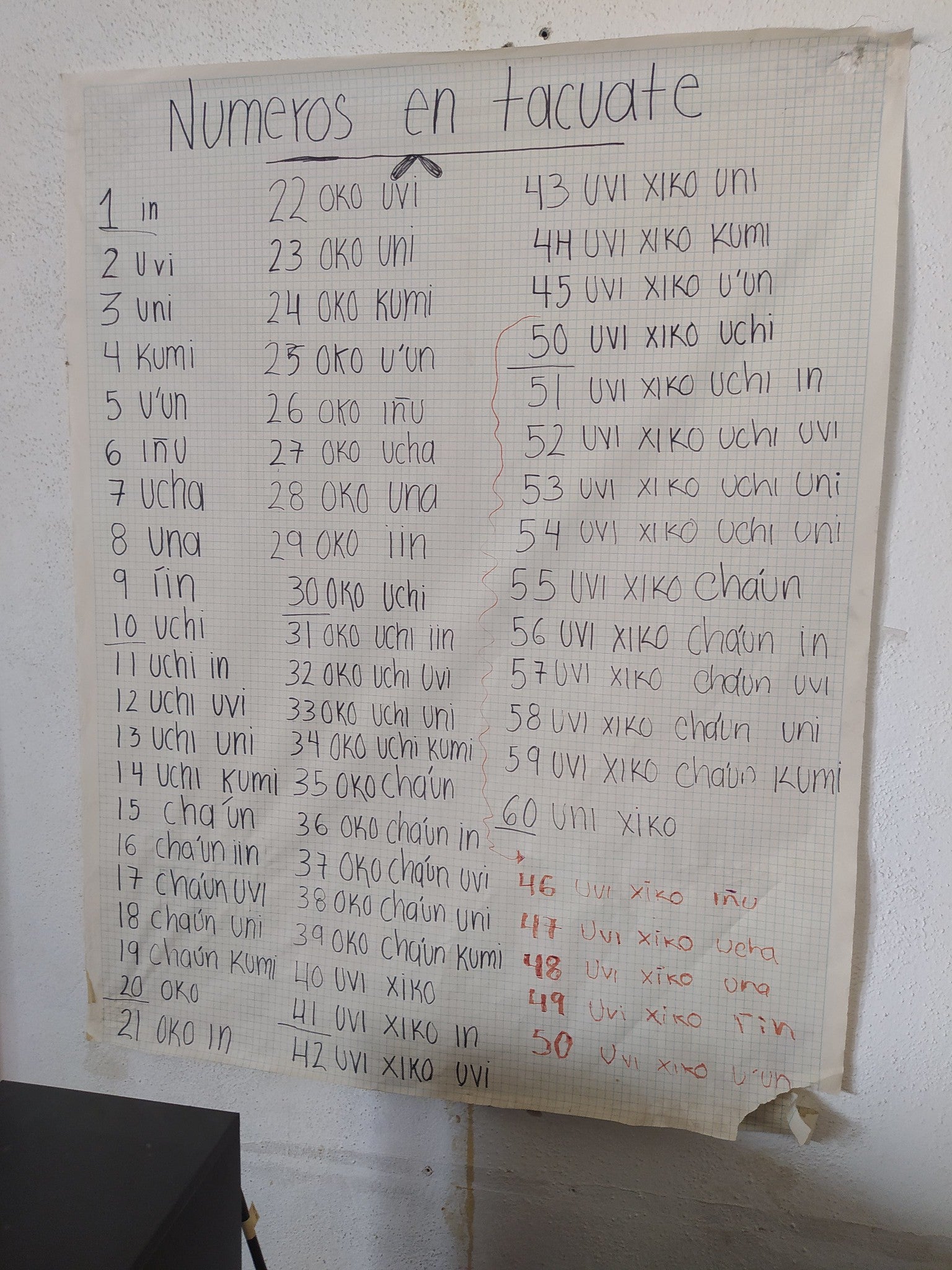 LA VOZ DEL PUEBLO TACUATE 100.3 FM broadcasts from Santa María Zacatepec, and most of its collaborators are women. This station is administered by the Tacuate Council, an Indigenous organization founded in the 1970s by Tacuate IPeoples. The station uses the Tacuate or tuꞌun vaꞌa language to broadcast its programs.They address issues related to the environment, rights of Indigenous Peoples, health, and the use of medicinal plants, as well as the teaching of Tacuate. 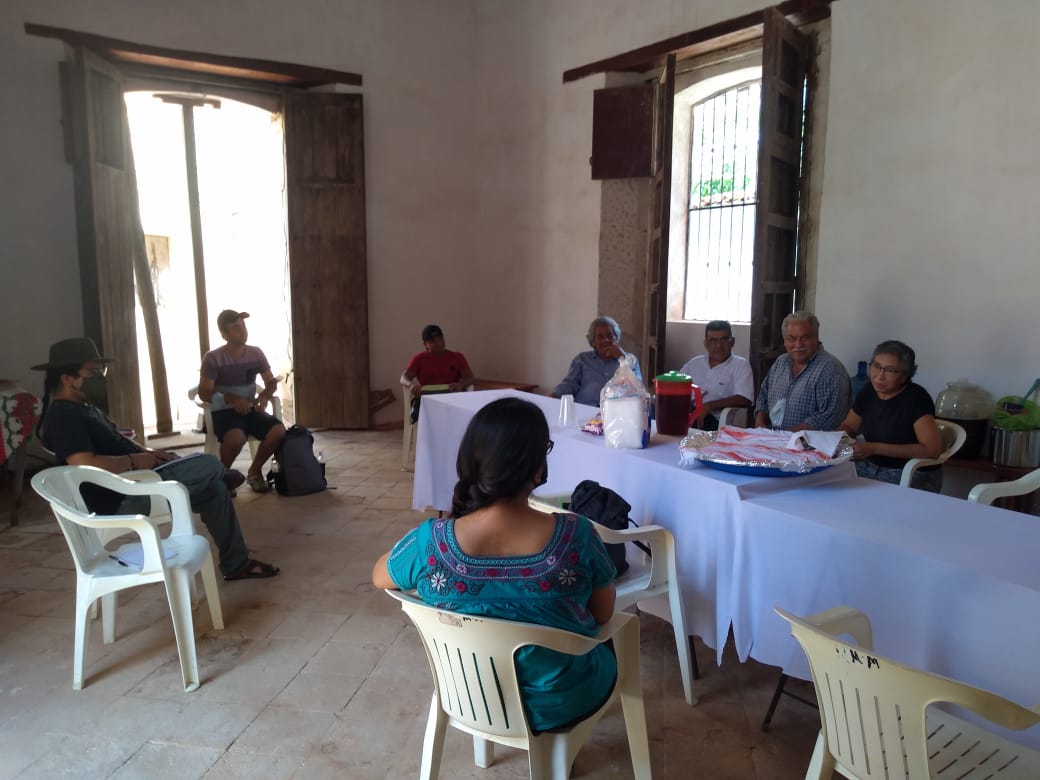 LA CASONA ANTIGUA DEL CENTRO DE JAMILTEPEC, located in Santiago Jamiltepec, will be a radio production center that will feed the other stations with content related to the situation of violence and insecurity that exists in the region, resuming the use of Tuꞌun Savi in ​​their radio productions. The team is made up of both women and men. The center is projected as a cultural space for local people in the municipality, since it is one of the few spaces for the promotion and encouragement of artistic and cultural expressions.

For Cultural Survival, it is of utmost importance to support the radio stations that are formed in networks with a specific objective, as in this case, strengthening radio content and exchange experiences, and in the case of Sama Tuꞌun, stations that are seeking to expand their communication platforms beyond the analog system, to go digital, using free-use networks. In this way, a communication network can be woven using free tools, open-source software, and servers managed by the radio stations themselves. This allows greater technological sovereignty and supports the adaptation of essential tools for digital communication from the point of view of Indigenous communicators. There are very few experiences in Mexico of internet networks managed by Indigenous communities and these are good practices that can be replicated by other organizations and communities.