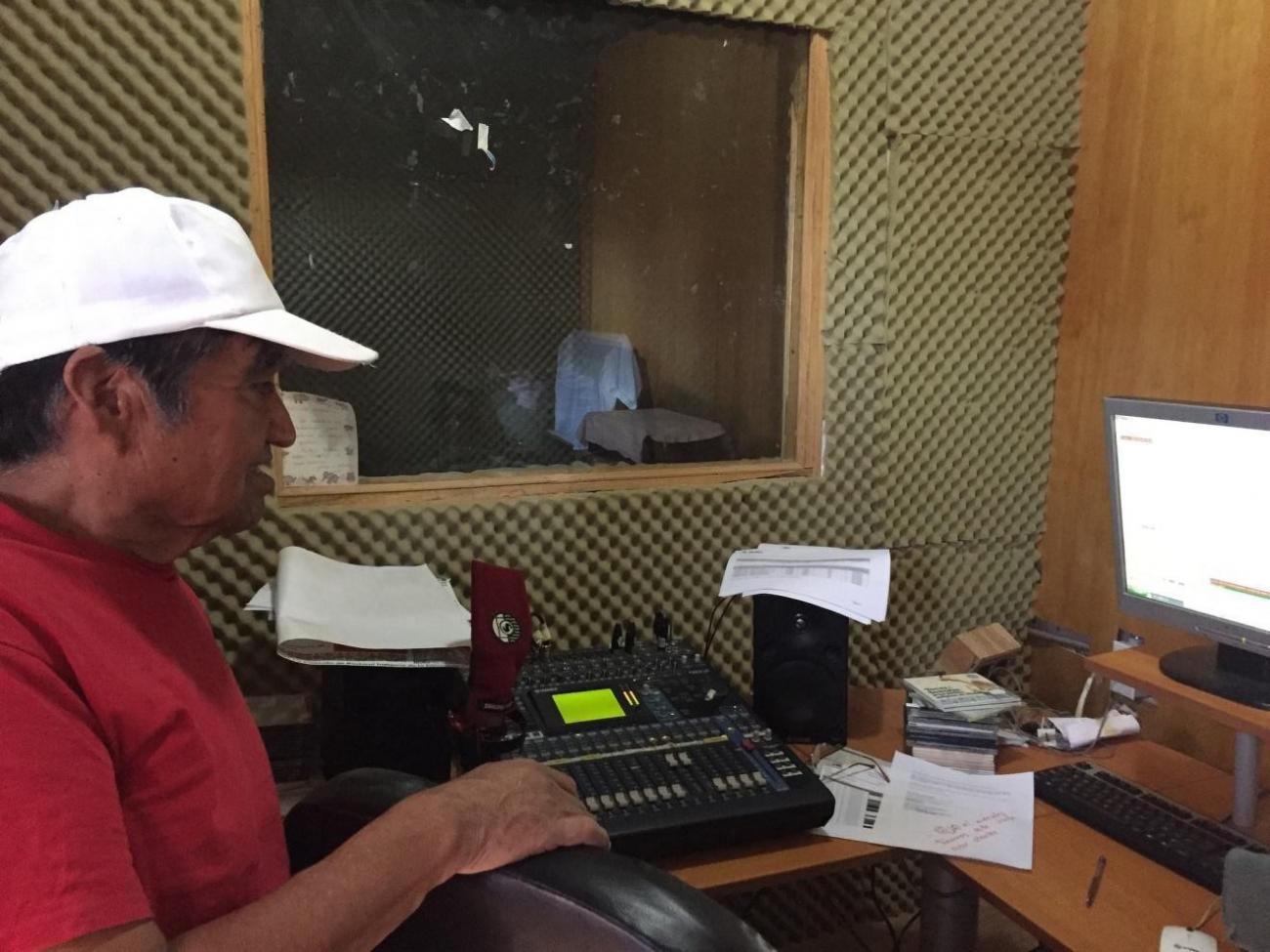 There are approximately 370 million Indigenous people in the world, belonging to 5,000 different groups, in 90 countries worldwide. According to many linguists, half of the world’s 7,000 languages will be gone in the next century, and Indigenous languages are at the forefront of those going silent. While documentation is undeniably important, creating fluency is essential. And this is where community-controlled Indigenous media, especially community radio, comes in. Radio instills cultural and language pride in younger generations, solidifying the fact that their language is relevant, living, and useful. In addition to language revitalization, Indigenous media is a powerful means of providing access to information and to decolonize, a means of building Indigenous pride, and a means of creating their own image, own news, own histories of resilience and resistance as a people. Community radio stations have become a platform to organize communities around a specific issue and as a result being able to influence policies and legislation that affect Indigenous Peoples and to hold governments accountable.

According to the National Commission for the Development of Indigenous Peoples (CDI), in 2015, 12,025,947 Indigenous people lived in Mexico. The National Institute of Indigenous Languages ​​(INALI) points out that 68 Indigenous languages ​​are spoken in Mexico with 364 variants, belonging to 11 linguistic families, which makes it one of the most diverse countries in the world.

Indigenous communities around the globe are asserting their right to their own media as their cultures, needs and aspirations are not reflected or included in the mainstream media. Cultural Survival is aware of 1600 Indigenous radio stations that are broadcasting to revitalize, strengthen, educate, and engage their communities globally and tries to distribute radio programs to them. Cultural Survival’s experience with community radio stations over the past thirteen years has identified five primary contributions of radio. Indigenous-led community radio supports successful revitalization and promotion of Indigenous languages, serves as a source of alternative media for broadcasting, builds awareness of Indigenous rights, promotes the self-determination of Indigenous communities, and builds different community capacities in community dialogue, organization, participation, and advocacy.

Radio is one of the most accessible platforms for Indigenous Peoples and has resulted in an active community radio movement. For many Indigenous Peoples, the low cost of radio makes it the ideal tool for defending their cultures, lands, natural resources, and rights, as well as encouraging the participation of women in building gender equality. Even in very poor communities lacking electricity, many people can afford a small battery-powered radio. High levels of illiteracy in many Indigenous communities prevent people from accessing information from print sources. And in many remote areas, Indigenous people, women, especially elders, may only speak one language, meaning that important messages broadcast in other languages in the mainstream media often do not reach this population. Radio provides Indigenous communities with access to programming in their own languages and serves as a voice that promotes their cultures, traditions, and belief systems as well as encourages community engagement.

Many countries in Latin America have recognized the right of Indigenous Peoples to their own media. In several country legislations States have committed to assign frequencies to Indigenous communities, however, it has not been implemented. In Mexico, the Constitutional Telecommunications Reform of 2013, the Federal Telecommunications and Broadcasting Law of July 2014, and the Federal Institute of Telecommunications General Guidelines for the granting of the concessions referred to in Title Four of the Federal Telecommunications and Broadcasting Law of July 2015, all guarantee Indigenous people the right to radio broadcasting. However, few licenses have actually been granted. Both licensed and unlicensed Indigenous radio stations currently operate in Mexico. For some communities, the action of taking to the airwaves without asking the State for authorization is linked to community organizing which seeks to broaden autonomy and self-determination, defense of Indigenous lands, including airspace, which includes the radio frequency spectrum.

In 2018, Cultural Survival conducted 20 interviews with radio broadcasters in Mexico. Three of them were organizations and not actual stations and were not considered for statistical purposes. Of the 17 stations that we considered for the systematization of our data, 6 were licensed and 11 were not licensed. The radio stations that participated in the study were located mostly in the states of Oaxaca and Michoacán, in rural or semi-urban communities.

In the Register of Granted Social Concessions of the Federal Institute of Telecommunications (IFT), the total amount of community broadcast licenses in Mexico is 50 with only 7 going to Indigenous stations. There are also 3 other stations with another type of concession (social use) that for the purposes of our study are considered "concessioned" and Indigenous. In the Cultural Survival database, we have identified 20 more operating that do not have an operating licence and in the AMARC database there are 3 more. We conclude that in Mexico there are approximately 73 community stations present mainly in the states of Oaxaca (23), Michoacán (14), State of Mexico (6), Morelos (4), Chiapas (3), Sonora (3), Guerrero (3), Mexico City (3), Jalisco (2) and Baja California Sur (2). 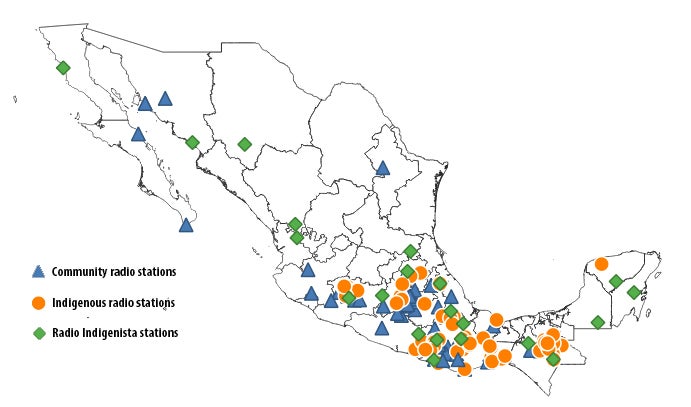 Indigenous radio broadcasting operates in several states in Mexico. However, Cultural Survival’s study found that there are Indigenous communities, for example in Tabasco, Tlaxcala, Durango, Tamaulipas that do not have a radio station in their languages, and much less media managed and operated by them. The states of the north, northwest and northeast where the Yaqui, May, Rarámuri, Oobe, Wixárica and other populations live do not have any Indigenous media. 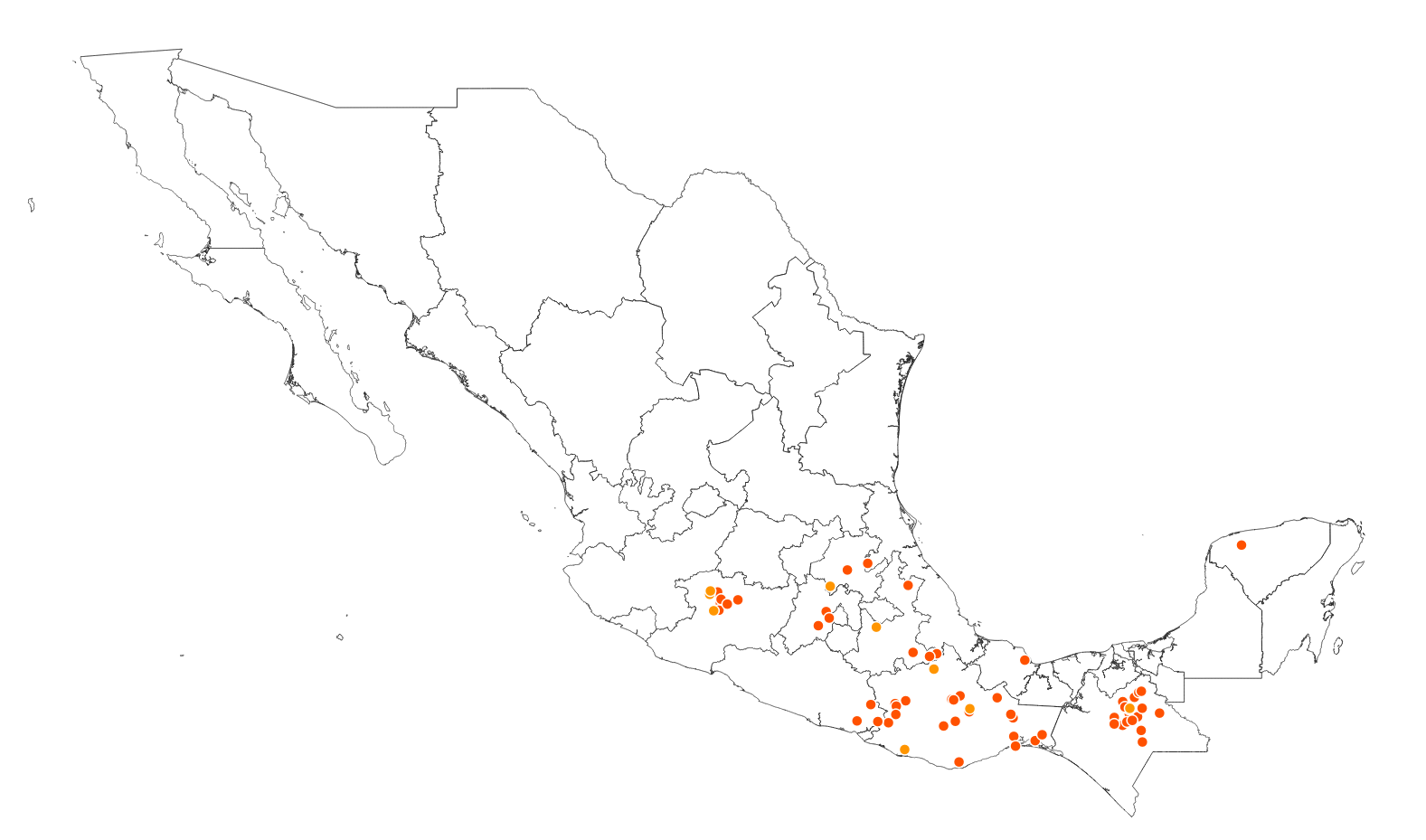 Cultural Survival found that Indigenous radio stations are mainly supported by the collaborative work of the people of the community, who do not receive any compensation for the time and effort invested. In the long run, this can become a weakness for sustainability since young people must search for employment. The economic sustainability of the stations requires strategies that will make them sustainable technically and personnel-wise. It is necessary to develop capacity in the staff of Indigenous radio stations to improve the technical and broadcast quality, to train Indigenous radio broadcasters in community journalism, and to create and promote related careers in universities and community spaces. 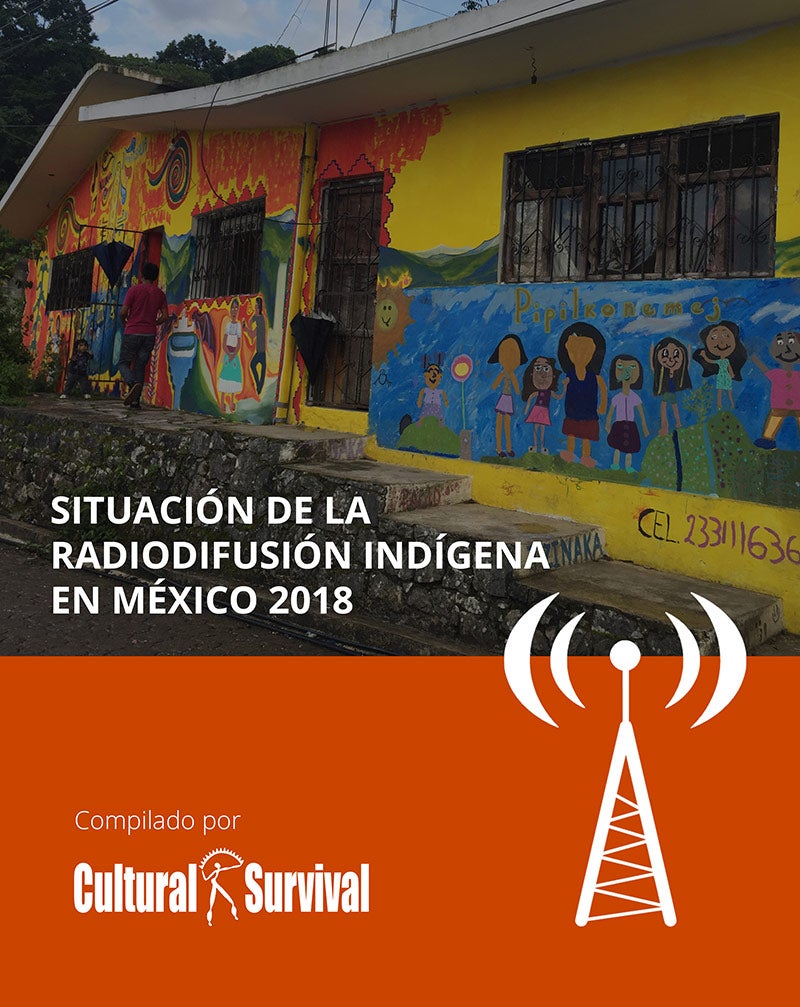 Read the synopsis here in English.