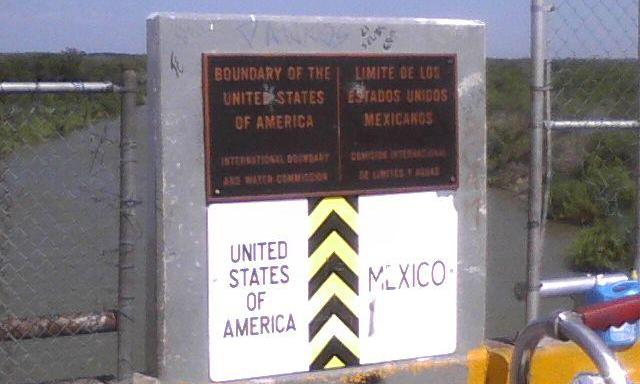 Since April 2021, 170,000 people have been arriving monthly at the United States-Mexico border from Guatemala, Honduras, and El Salvador. There are 25 different languages spoken in Guatemala alone, 24 of which are Indigenous languages. This means that many migrants arriving at the border from these countries are not fluent in either one of the languages in which the entire immigration process is conducted. Indigenous language interpreters are in seriously short supply, leaving Indigenous language speakers to stumble through a complicated government system entirely on their own.

According to one article in the Cultural Survival Quarterly by Alianza Indígena Sin Fronteras, International Mayan League, and Indigenous Languages Office, “Indigenous Peoples are denied both due process and their identity through language exclusion, coupled with their erasure as distinct peoples through statistical omission and erroneous categorization as Latino or Hispanic.” For speakers of Indigenous languages arriving from Mexico, Central, and South America, the already difficult task of migrating to the United States is made even more so by a significant lack of Indigenous language interpreters. It is very often assumed that because they come from countries where the dominant language is Spanish, members of Indigenous communities migrating to the United States are fluent in Spanish. The reality, however, is that oftentimes their Spanish is rudimentary at best, which leads to serious gaps in communication between border officials and Indigenous migrants and, as a result, endangers asylum seekers’ right to due process.

Fortunately, the issue has not gone entirely unnoticed. In a 2019 Universal Periodic Review of the United States, Cultural Survival reported on the mortal danger that can result from the language barrier between Indigenous migrants and border officials and made recommendations for the United States government to take action. The recommendations included the provision of funding and training for licensed interpreters of Indigenous Central American languages. The United States government is morally and legally obligated to ensure that those who are fleeing economic injustice and violence have the right to due process and to be treated with respect. These rights are frequently violated and the lives of Indigenous migrants are constantly at risk as a result.

Indigenous language speakers arriving at the border are often forced to sign paperwork they don’t fully understand because there are no Indigenous language interpreters available. Consequently, they may unwittingly waive family reunification or state that their child is in good health when they are actually in need of immediate assistance. This lack of understanding and inability to be understood can lead to refusal of entry into the country and is likely a significant factor in the death of at least five Indigenous children at the United States-Mexico border since 2018. There is a desperate need for fully qualified Indigenous language interpreters at the border to ensure that Indigenous migrants are equipped with all of the information they need to give themselves the best chance at securing entry into the United States in a safe and dignified way.

One organization that is working to address this issue is the International Mayan League. The Mayan League works to inform the Maya people of their fundamental rights and to make sure that these rights are upheld and respected. Juanita Cabrera Lopez (Maya Mam), Executive Director of the International Mayan League, has stated that “the lack of disaggregated Maya language data and erroneous Hispanic/Latino categorization has effectively erased the existence of our peoples and created a crisis in access to services and resources. In the midst of COVID-19, such inequalities, rooted in pre-existing racism and discrimination, have only been exacerbated and affected all facets of life in the community.”

In an effort to put an end to these human rights violations and provide Indigenous migrants with the linguistic support they need at the United States-Mexico border, on May 27, 2021, the Mayan League launched a new program for Indigenous language interpreters. The program consists of training workshops to provide Indigenous language speakers with the skills needed to become interpreters. Participants in these programs learn interpretation ethics, techniques, and standards, as well as terminology for diverse interpretation settings, all through the lens of Indigenous identity, culture, and history. The Mayan League’s Indigenous Languages Rights Program currently provides bilingual interpretation services between Spanish and K’iche’, Ixil, Q’anjob’al, Q’eqchi’, and Mam.

The provision of Indigenous language interpreters at the United States-Mexico border is crucial, not simply because it is necessary, but also because it is a basic human right for migrants and asylum seekers to be understood and to understand throughout the immigration process. It could very well mean the difference between life and death.