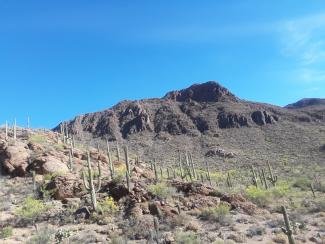 Our stories are threaded in the movement of our Peoples across worlds and dimensions, and continue to emerge despite forced migration from wars against us, massacres, and the Trail of Tears. To survive is to remain who we are on our own terms. More than 500 years of colonization, land dispossession, and genocide has created forced displacement from our ancestral lands throughout Turtle Island, Ixim Ulew-Abiayala. Our languages, ceremonies, cosmovisions, and right to exist as distinct Peoples and Nations have been under attack from imposed systems and governments, an invasion so strong that it almost killed us through forced denial of our identity, structural erasure, and genocide. We continue to fight for our identity and survival against inhumane laws and policies that still impose borders, ideologies, and governments over our lands and bodies.

Our convergence as Indigenous Peoples, advocates, and knowledge gatherers fighting for our rights in forced migration began in the historical moment of the wars and genocide in Ixim Ulew (the Land of the Corn), Guatemala in the late 1970s. Some of us were targets of the war and forced to flee; others worked in the underground railroad of the Sanctuary Movement of the 1980s. Some of us reported the stories of genocide in Guatemala, and many of us experienced death threats. Indigenous Peoples entered the Sonoran Desert, the original lands of the O’odham people, as the genocide raged in Guatemala in the early 1980s. During this time more than 200,000 people, the majority Maya, were killed or disappeared, and more than 1.5 million were forcibly displaced from their ancestral homelands.

The Sanctuary Movement started in Tucson, Arizona in March 1982, a way station for Indigenous immigrants, to reveal to the rest of the United States that Indigenous immigrants were fleeing genocide. Forced migration of Indigenous Peoples is a direct outcome of past and present day marginalization, conflicts over lands and resources, racist and discriminatory laws and policies, debilitating poverty, imposed development, and now, climate change. Indigenous Abiayala is in movement again—asylum seekers, refugees, migrants—yet we remain invisible. Indigenous Peoples’ migration experience is characterized by unique vulnerabilities, which stem from our Indigenous identity and the intersection of discrimination, racism, and language.

The government continues to erase our story and identity through policies and by statistical omission that denies our identities as original peoples of this continent. We are subsumed into nation-state citizenship, our Indigenous stories contained, denied our right to our original languages that emerged from all over the living natural worlds of this continent. For Indigenous Peoples from what is today Mexico, Central, and South America, we are misclassified as Latino, Hispanic, Latinx, and Indigenous Latino/Hispanic; all of which erase our Indigenous identity and infringe on our right to exist, self-determination, and due process in the immigration system through Indigenous language exclusion. 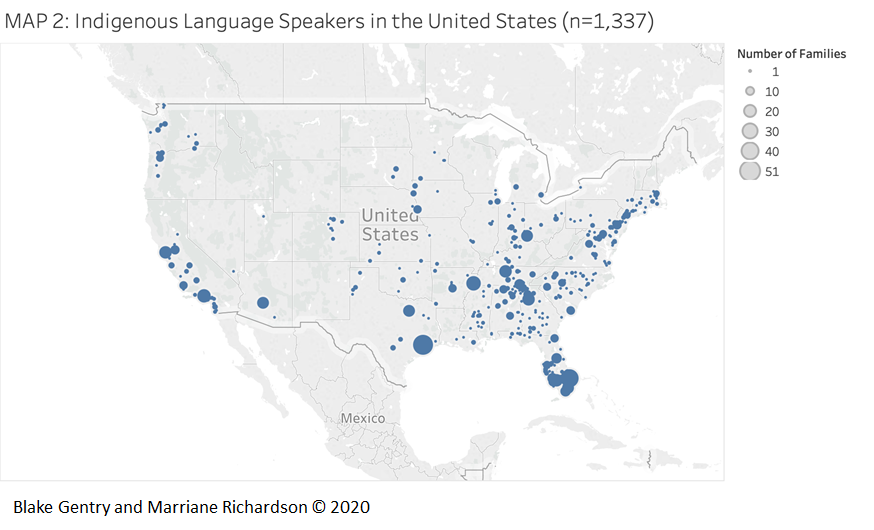 In the last five years, women and children migrants have been at the center of immigration debates due to the humanitarian crisis at the U.S.-Mexico border with the surge of unaccompanied minors in 2014. These large scale displacements are an outcome of the legacy from the genocide and massacres in Central America. In May 2018, Claudia Patricia Gómez González was shot in the head and killed in Texas after crossing the border. As the days passed, new photos of her surfaced in traditional Maya clothing, corte and huipil. It was then that we found out she was a Maya Mam woman from San Juan Ostuncalco, a town in the department of Quetzaltenango. The erasure of her Maya Mam identity occurred at all levels: she was identified as Guatemalan, as a migrant, as a Latina woman, but never as a Maya Mam woman.

In late 2018, horrific stories of caged children, separated families, violence against women and girls, and the deaths of Maya children Jakelin Caal Maquin (Maya Q’eqchi’) and Felipe Gómez Alonzo (Maya Chuj), pushed our Maya communities into the depths of despair and action. Per news reports, Maquin had not had a medical exam for basic vital signs. Her family’s first language was Maya Q’eqchi’, yet her father was only provided forms in English while in Customs and Border Protection custody, thereby denying their basic right to effective communication and interpretation.

In the spring and summer of 2019, on a day of Tijax, Obsidian, in the Maya sacred count, our lives intertwined again. On this day of medicine and healing, we joined work as Indigenous allies, Eagle and Quetzal Peoples uniting in defense of our Peoples. We converged in our original meeting point from the 1980s, the Sonoran Desert, and reasserted self-determination; collecting our own data and using our languages to create Indigenous language materials and gather our relatives’ stories. In Tucson, from July 2014 to August 2019, the languages, origins, destinations, and demographics of 6,800 asylum seekers were documented in immigrant shelters using intake forms. Data indicated that 20 percent spoke an Indigenous language as their primary language, and that their resettlement areas in the United States were diverse. In an ironic turn, many Indigenous migrants are now relocating to southern Appalachia in regions where the Five Tribes suffered the Trail of Tears, forced migrations, and treaty violations. 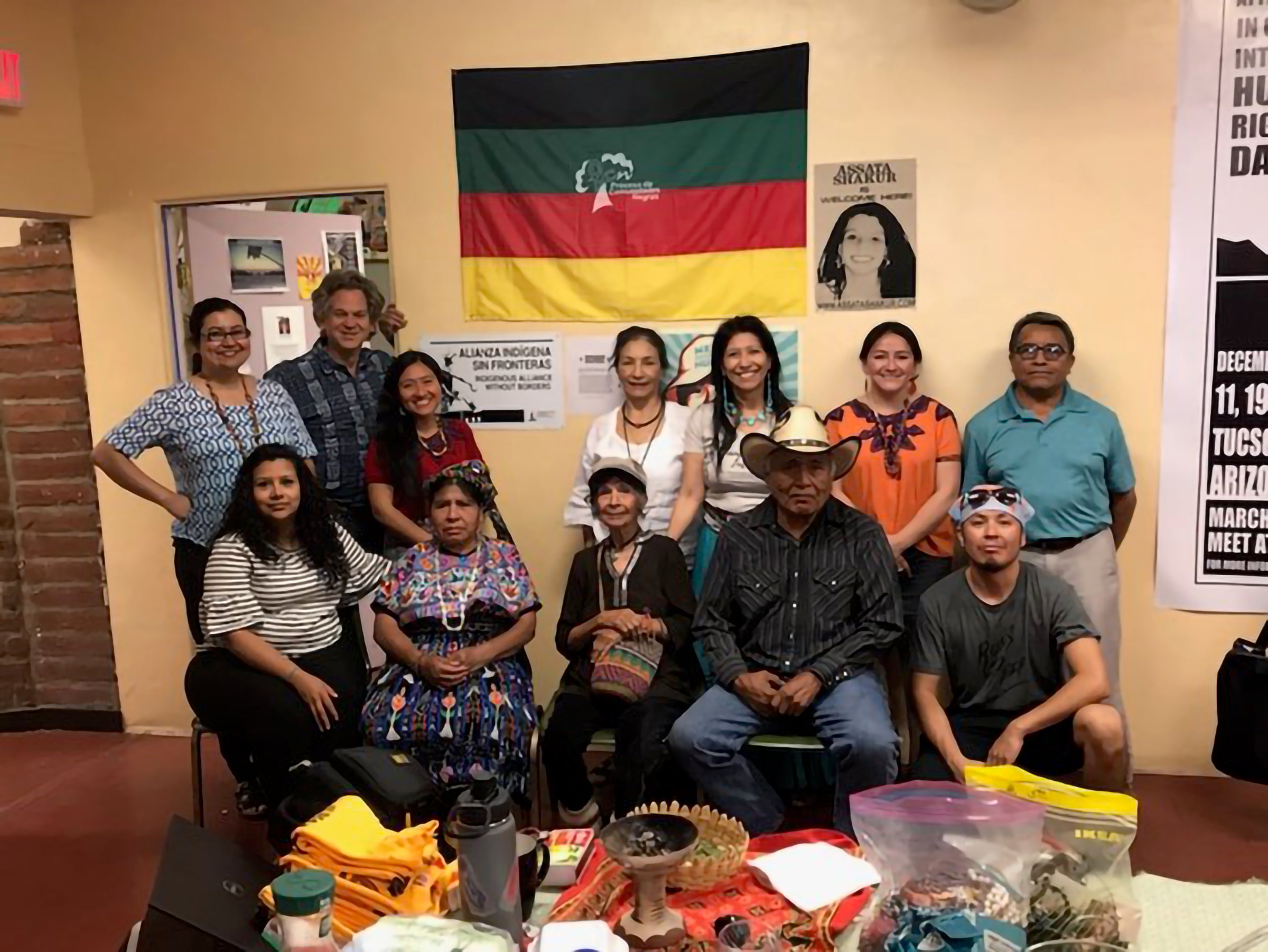 
During July 2019, we spoke with 39 asylum seekers, a majority of whom (59 percent) were women, while 44 percent spoke an Indigenous language. Our own Indigenous-led research provides one of the few statistically accurate portraits available of Indigenous Peoples arriving in the Tucson border region. This demographic profile indicates a large presence of Indigenous Peoples within forced migration. The trend that the largest number of single adult and child arrests at the U.S. Southwest Border are people from Guatemala further supports our concerns that potentially hundreds or thousands of Indigenous persons’ rights are being violated.

Indigenous Peoples are denied both due process and their identity through language exclusion, coupled with their erasure as distinct peoples through statistical omission and erroneous categorization as Latino or Hispanic. The violations are commonplace and cumulative throughout the immigration system, compounding the violations of national and international laws and conventions. There are arbitrary and harmful practices of the U.S. government’s immigration system on Indigenous Peoples. Indigenous migrants do not receive equitable treatment because they are not recognized as part of Indigenous Nations with a right to communicate in their primary languages. Nor is there a language assessment mechanism to determine their status and needs. They remain obscured by the lack of language documentation by the federal government. There is no standardized way to assess Indigenous languages in long term detention, in family and child detention, nor in Operation Streamline.

Our Indigenous leadership, knowledge, languages, and traditions are creating a response to these grave human rights violations faced by our Peoples. The winds brought us together again, Peoples of the Eagle and Quetzal, in the sacred desert, a place of medicine, life, and crossing; a place of human remains of those who do not survive. It was the night that sheltered us, the moon and the stars that lit our steps, and the water that hid our movements when we crossed. It was a place where we were forced to hide, and in some cases, lose our language, to shed our traditional clothing and cut our hair; a place of crippling pain, and trauma.

In a time when our children are again being ripped from their parents, caged, separated, and in the most horrific instances, left to die from illnesses like the common flu, as Original Peoples, we transcend nation-state borders to join in alliance and defend our lives. We bear witness to the horrors that continue to be inflicted over our lands and peoples, but we are not silent. Our resilience, resurgence, and reclaiming of our rights and identities are because of the power of our languages, cosmovisions, and the medicines and traditions that we carry from our ancestors. The spirit and strength of our peoples will never be killed because we are still here.