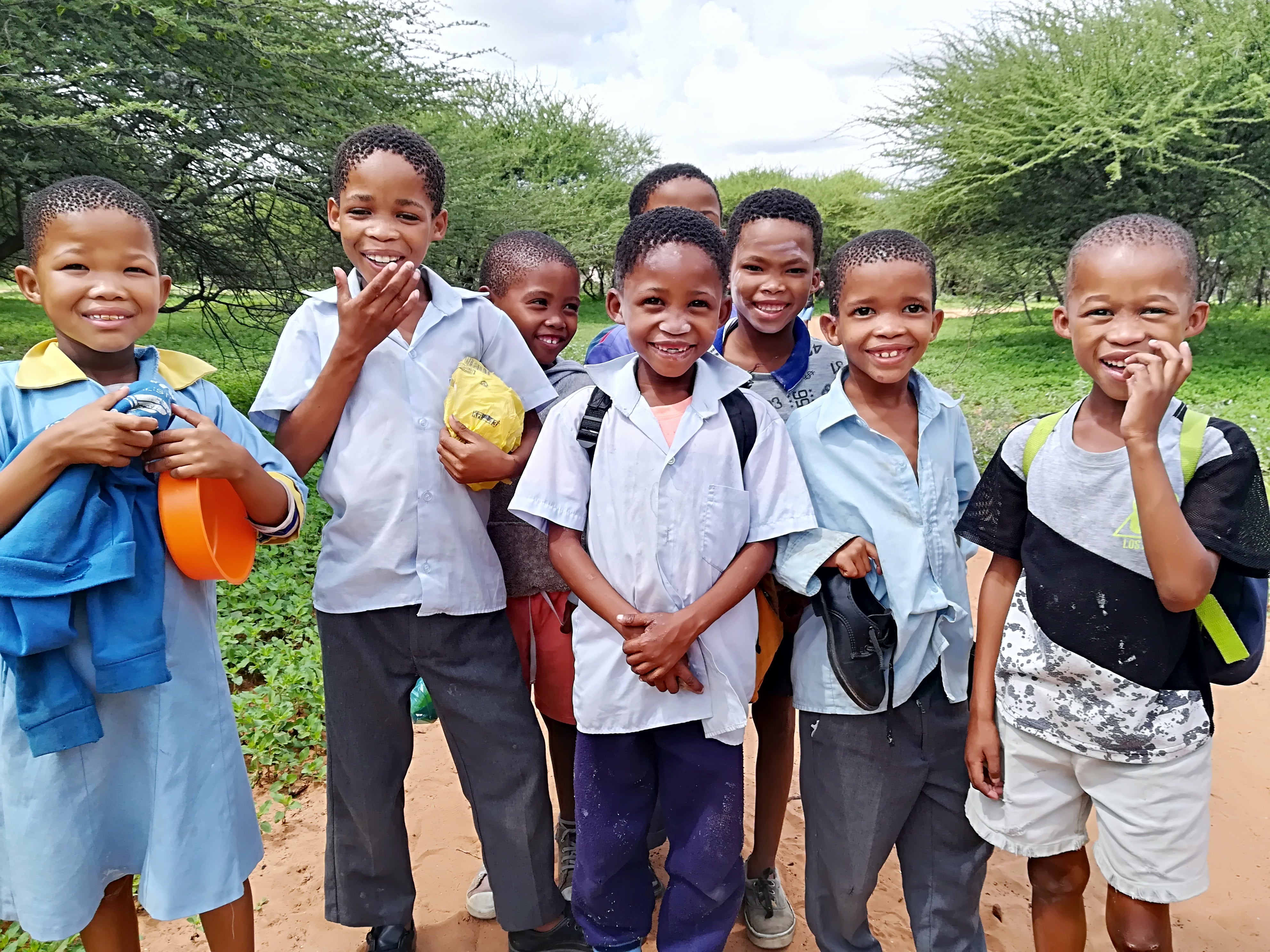 Cultural Survival’s Keepers of the Earth Fund provides small grants designed to support Indigenous Peoples’ community advocacy and development projects. Since 2007, the Fund has provided nearly $2.6 million in grants and technical assistance to over 364 Indigenous-led projects in 64 countries around the world. Cultural Survival is proud to announce the following 12 grant partners in nine countries as part of our 2017 giving cycle, totaling $58,895.

Fundación Orutkua (Colombia)
Protecting U’wa natural resources and environment in eastern Colombia
The U’wa in the Boyaca, North Santander, and Santander departments are fighting to protect their ancestral homelands from megaprojects exploiting the region’s natural resources and causing environmental destruction. In 2014, the communities started an Indigenous guard group to protect the land’s resources, community members, and to maintain their sovereignty. With the project funds they aim to train 100 members of the guard in human rights, Indigenous rights, Indigenous values, conflict resolution, and first aid, and fulfill their duty to protect Mother Earth and their people’s right to self-government.

Cooperativa de Tintoreros del Caracol Purpura (Mexico)
Launching an awareness campaign to sustainably harvest and protect the Tixinda snail
In Oaxaca, Mixtec traditional textile artisans from Pinotepa de Don Luis have come together to protect the endangered Tixinda snail from extinction as a result of ecosystem threats and overconsumption. The group is made up of 18 men who still know how to practice the sustainable method of milking the snail’s sacred purple dye. The Mexican government has not enforced protections of the snail and poaching has been rapant, threatening this traditional cultural practice’s existence. The educational campaign “Aqui No Se Come Cocktel de Caracol” (Here We Do Not Eat Snail Cocktail) will launch education campaigns in schools, hotels, and restaurants about the endangered Tixinda snail and how to protect it.

Cabildo Mayor Indígena de Chigorodó (CMICH) (Colombia)
Supporting the Embera and Chami Peoples’ cultural revitalization and traditional knowledge
CMICH will launch “The Guardians of Wisdom Project: Identity Strengthening for Women, Children and Youth of the Embera Peoples” to document and strengthen traditional knowledge by bringing elder women together with youth to share wisdom through traditional songs that resist the colonial destruction of their culture. The project will produce a multimedia series that will be used as a pedagogic tool in Indigenous classrooms.

Raizal Youth Organization (Colombia)
Developing education modules for Raizal Youth of the San Andres Islands to reconnect with land
The Raizal Youth Organization was founded in 2014 by young members of the Raizal community in the San Andres Islands, who have been disenfranchised from their lands due to a growing tourism industry on their island. Many of the youth face issues such as high unemployment and a lack of access to quality education. The group will gather the community to collectively develop a pedagogy based on traditional knowledge to revitalize the connection of Raizal youth to their lands and waters. Their work will strengthen local stewardship of the Seaflower Biosphere Reserve declared a UNESCO site off the shores of the San Andres Islands.

Grupo de Artesanas de la Nacionalidad Kichwa “Sumak Kausay” (Ecuador)
Improving economic security of Kichwa women by supporting the sustainable use of sacred seeds
Kichwa women artisans of the Sumak Kausay collective use sacred seeds of a local plant to create and sell handmade items based on their people’s traditional techniques. This work connects the community to their culture, which is threatened by globalization. Their project will create a community garden where they can grow and harvest their own seeds, rather than purchase them from intermediaries which threaten the plants by harvesting unsustainably and charge high prices. They will use the sustainably harvested seeds to produce a better product at a lower cost, improving sales and the economic stability of the women and their families.

Ahetaha Water Conservation Association Inc. (AWCA) (Solomon Islands)
Preserving terrestrial and marine lands and natural resources of the Ahetaha Peoples
In 2017, the Ahetaha peoples formed the AWCA to protect their ancestral homelands. Since government support is scarce, the Ahetaha have created sustainable practices for their local flora, fauna and water resources using traditional practices and methods that have sustained the ecosystems for generations. Currently, they are conserving the local dugong and sea turtle populations, as well as managing seagrass. The sealife is often hunted for feasts or killed by accident by fisherman, and the Ahetaha are looking to save these creatures from extinction.

San Youth Network (Botswana)
Empowering, educating, and advocating for the San Youth of southern Africa
The San Peoples of Botswana have long faced issues such as marginalization and poverty. Government pressure on the San risks the loss of their culture as they are forced to assimilate into the mainstream Tswana lifestyle. The San Youth Network is working to reconnect young San people with their culture and to encourage the practices of San arts. Their newest project is a workshop that teaches youth cultural activities such as tracking, healing dances, and San games and songs.

Comunidad Mapuche Malalwe-Chanko (Chile)
Promoting the Mapuche community and the protection of their homelands
The Mapuche people face poor access to education in their homelands, forcing many families to migrate to larger cities. Since 2015, the Comunidad Mapuche Malalwe-Chanko has been creating sustainable livelihoods that are culturally appropriate and can generate a living wage. They have also worked to protect the natural resources of the Mapuche homelands by fighting problems such as deforestation. The organization is also currently working on sustainable forest management projects and on educating the youth on sustainability.

Southeast Alaska Indigenous Transboundary Commission (SEITC) (USA)
Protecting Tribal lands and waterways for future generations
SEITC is a network of sovereign Tribal Nations in southeast Alaska united in the struggle against the mining industry, which is damaging the environment of their homelands and polluting rivers that are vital to the communities. The organization is seeking to unite across the Canadian border with First Nations and Indigenous communities to establish transboundary watershed governance that will incorporate international water laws and conventions. These watersheds yield economic benefits for the communities and their safeguarding is of the utmost importance for the communities’ health and economies.

Tse Wedi Elth/Unist’ot’en Camp (British Columbia, Canada)
Reclaiming Indigenous sovereignty and protecting homelands from resource extraction
Created by Wet’suwet’en chiefs, the Unist’ot’en Camp sits in the “energy corridor” for pipelines in Canada and is under threat from oil spills and devastating destruction of the environment. The Wet’suwet’en are demanding that the Canadian government respect their Free, Prior and Informed Consent protocols, and are taking their land claims to the Canadian court system. Despite Unist’ot’en laws and protections from oil companies, the community is still pressured by these companies and has faced intimidation from the government. They are implementing the "Living Out Our Protocols Project" to gather and strategize the best way to protect their lands and build solidarity between communities by promoting traditional skills and educating the youth.