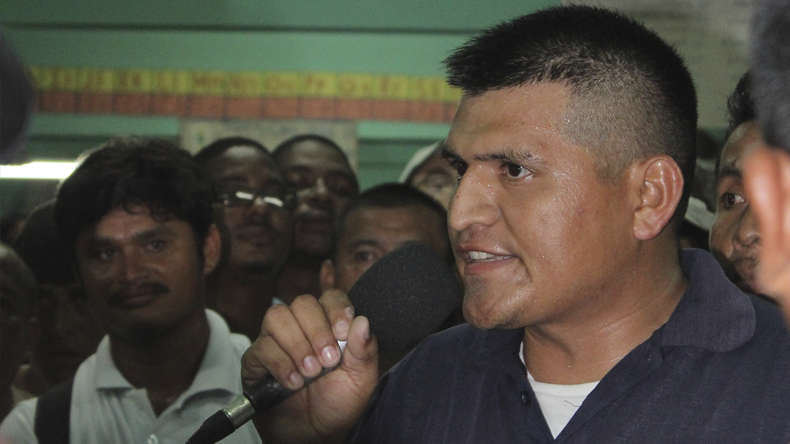 The Inter-American Commission on Human Rights has issued a statement condemning the State of Belize for violating the rights of Indigenous Peoples in the Toledo district.

The Commission has been closely following the illegal extraction and destruction of natural resources conducted by foreign companies with support from the government of Belize since 2004, when they issued a recommendation that the government “delimit, demarcate and title the [Mayan] territory” and until that has happened, abstain from any projects that might affect these lands.

US Capital Energy, a Texas-based oil company, has plans to extract oil from the Maya peoples’ ancestral territory despite a disregard for the free, prior and informed consent of the local Mayan communities who will be affected.

Take Action and denounce US Capital Energy at our campaign, here.

In March, The Maya Leaders Alliance traveled to DC to present at a hearing of the Commission in March of 2013, only to find that the Belize government representatives had failed to show at the last minute.

According to the Commission, reports submitted show that “private companies have been recently carrying out oil exploration and exploitation and logging activities in the traditional lands of Maya communities under permits issued by State authorities without prior consultation. Specifically, the information indicates that illegal extraction and destruction of natural resources from traditional Maya lands in the Toledo District has taken place recently with the alleged collaboration and/or acquiescence of State agents.”

They concluded, “the reported incidents would represent a violation of the communities' rights to use and enjoy their ancestral lands and territories, which in turn threaten their ability to preserve their life, integrity, and way of life as indigenous communities.”

The Commission urged the state of Belize, who has been absent and uncommunicative in dealings with the commission, to provide information as soon as possible about their efforts to implement the 2004 recommendations, reiterating that states must guarantee that indigenous peoples are consulted on all matters that may affect them, especially regarding extractive industries on their ancestral territories.