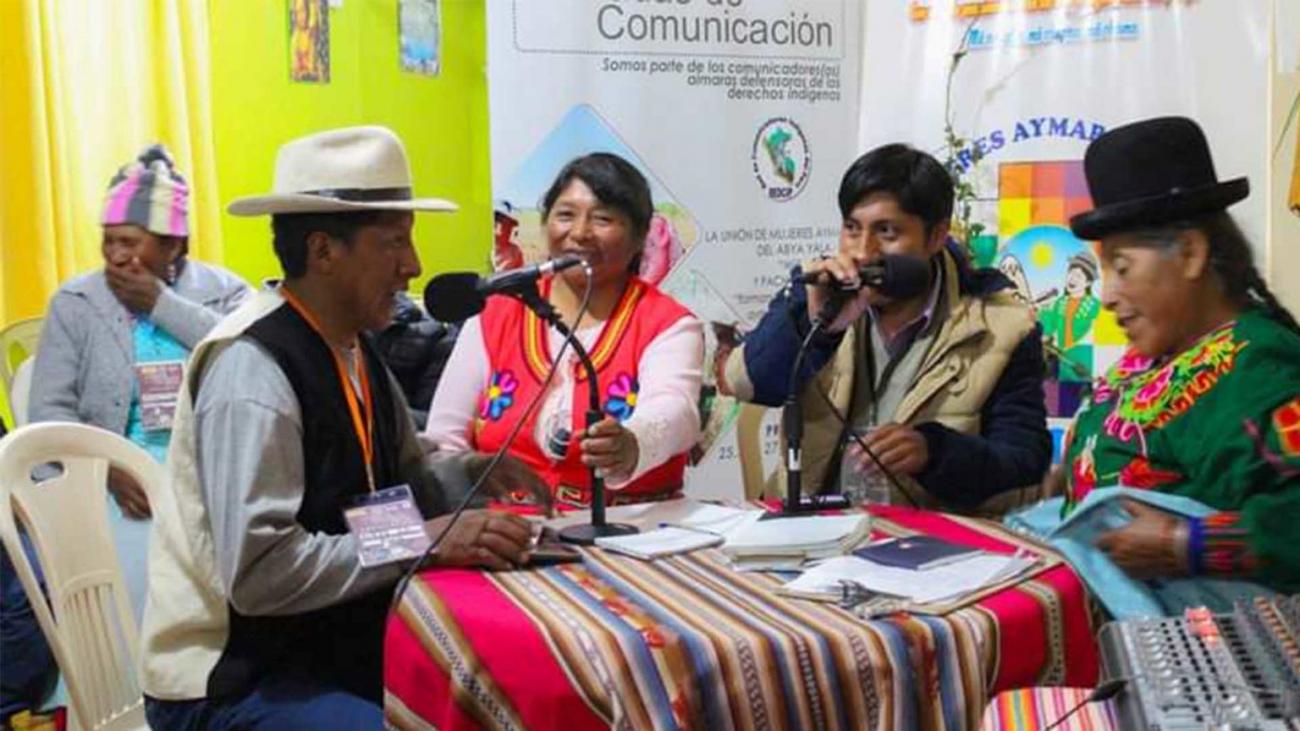 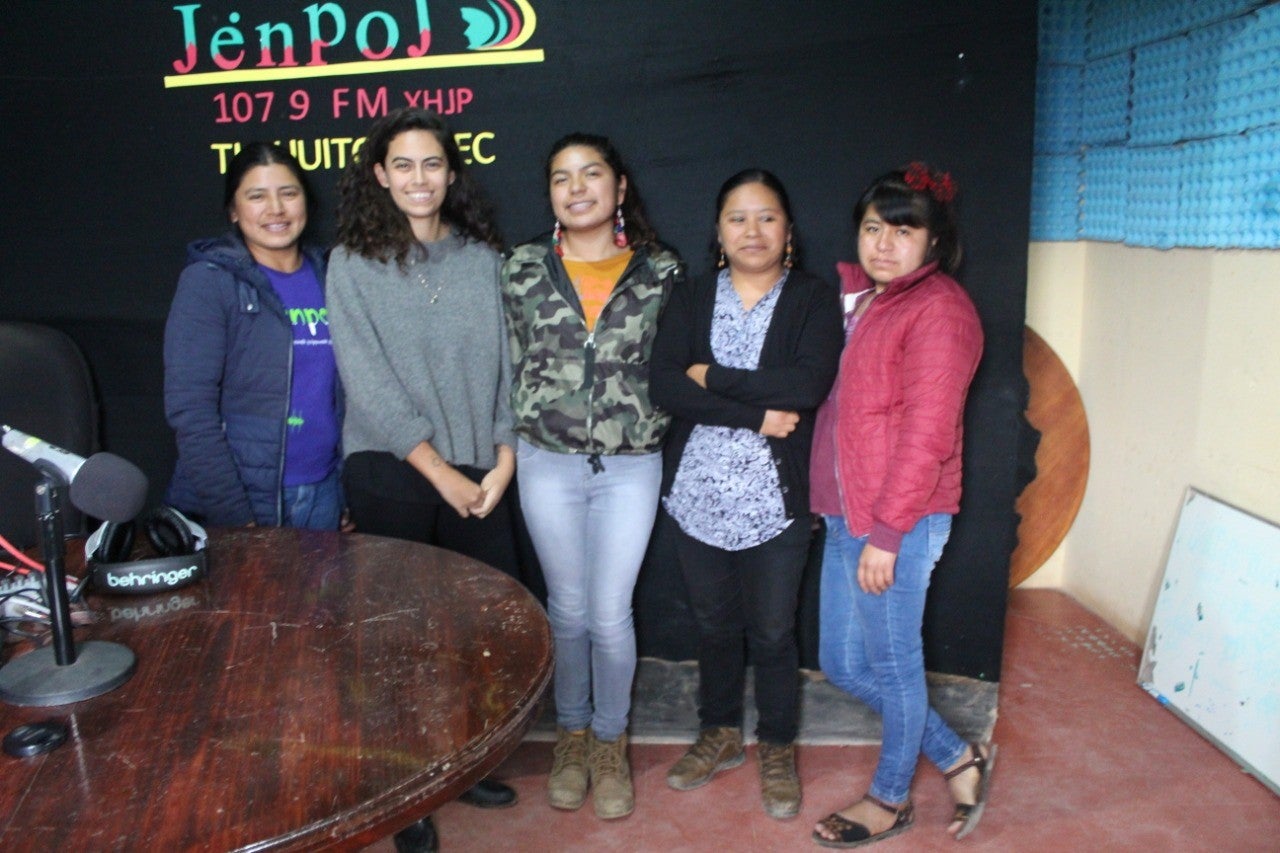 Jënpoj in the Ayuujk language means "winds of fire." Located in the municipality of Santa María Tlahuitoltepec, Oaxaca, Mexico, the radio station was founded in 2001 by students, professionals, women, and men. It serves the Mixe, Zapotec, and Chinantec communities and has been broadcasting bilingually in Mixe and Spanish for over 18 years. The station’s first transmission test was using 300 watts and now they are able to transmit with 3000 watts of power on the 107.9 FM frequency. Since 2008, Radio J​ënpoj has created a space for women who actively participate at the radio, managing the programming and production at the station on weekends. Among the programs they produce is “Pataky's Alternative Music of Indigenous Peoples,” where they share recent local musical productions and literary creations in Indigenous mother tongues. Another program, "Knowing the Diseases of Our Ancestors," addresses the issue of health and community knowledge. With a grant from Cultural Survival, the Radio J​ënpoj acquired a link system from the central booth to the transmitting plant. 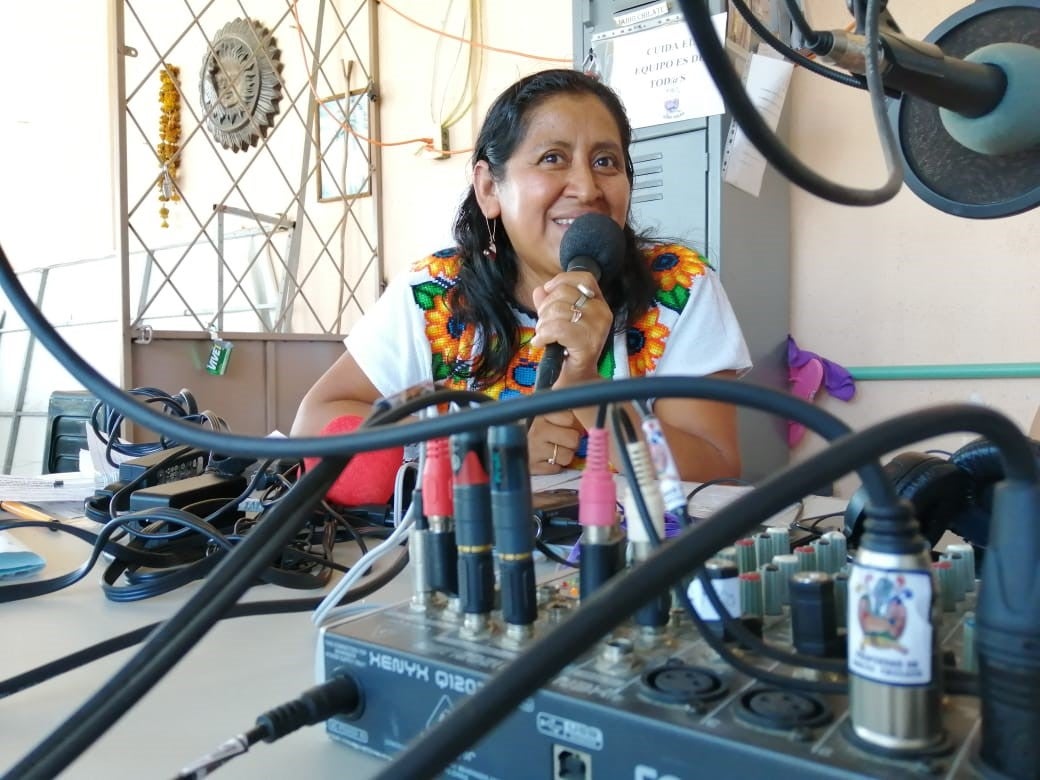 Radio Chilate is a multicultural community communication initiative that seeks to generate content and information and to achieve peace. Music or messages that promote violence against women, family or children are prohibited in all their radio programming. This communication project serves the Tuun Savi, Mephaa, the Afro-descendant and mestizo communities of the municipality of Ayutla de los Libres, Guerrero, Mexico. The participation of women is fundamental in the administration, logistical, and production work of the station. Half of the radio broadcasters are women. Through the program “Las Mujeres de los Pueblos,” Radio Chilate has an alliance with the Women's Commission, a part of the community municipal government, and produces programs related to women’s rights and participation in communal life. On Tuesdays and Thursdays at 10 am, issues with a gender perspective, community health, and violence prevention are addressed. Experts on the topics are invited to speak during the program and it is broadcast in the mother tongues of the municipality.

With the support of Cultural Survival, Radio Chilate will conduct trainings for the members of the radio station, half of them will be women (8). Topics covered will include assembly, installation, and maintenance of transmission and retransmission equipment. 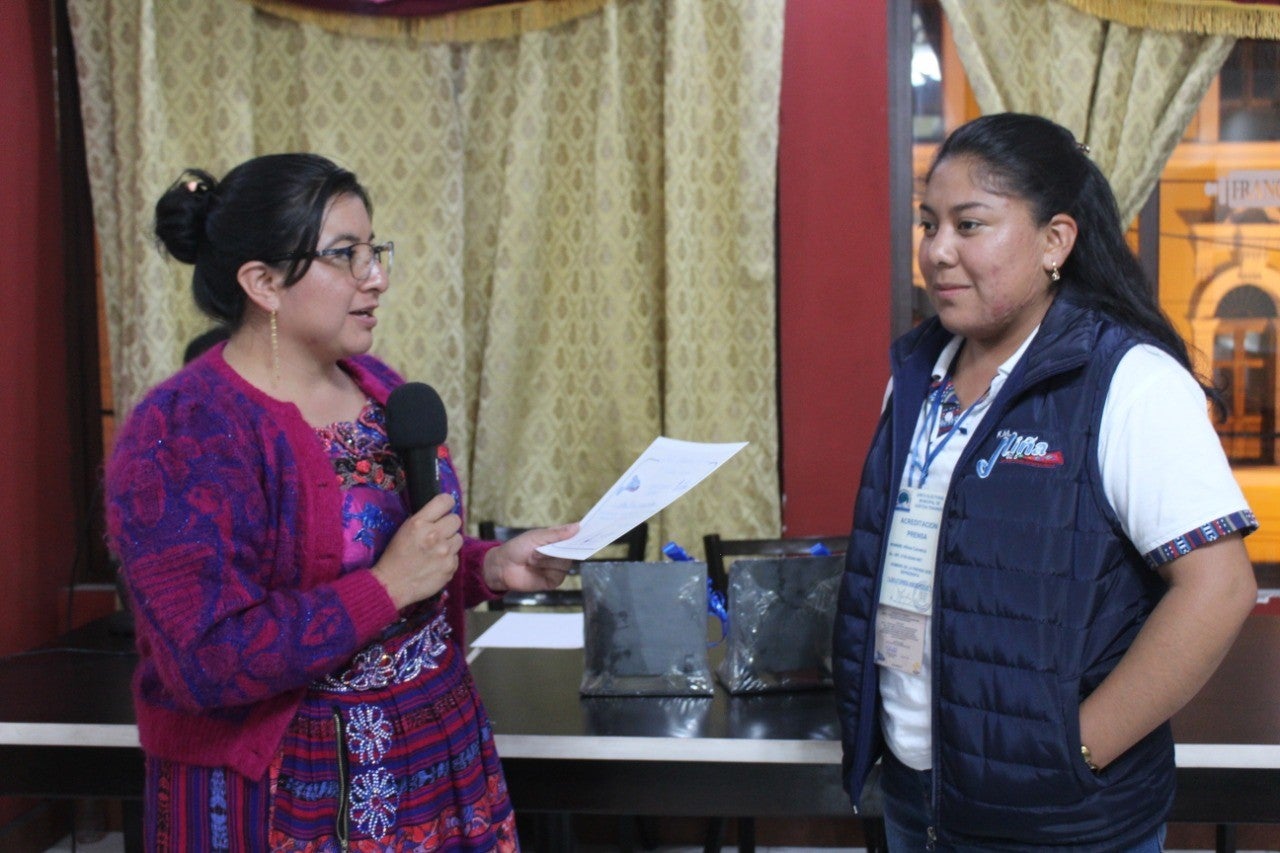 In 2006, Radio La Niña began its community radio service in Canton Chiyax, Totonicapán, Guatemala. It was started by a group of men and women working to revitalize Indigenous traditions, customs, languages, and in support of their communities. The structure and leadership of the station is made up of an assembly that elects a board. The station’s goals are to promote the cultural values ​​of the Maya K'iche' people in social, economic and political spaces of the communities in Totonicapán, and to implement Guatemala’s Agreement on Identity and Rights of Indigenous Peoples. The participation of women in achieving these goals is fundamental. The station is currently managed by a woman and three women also actively participate in the production of programs as “Sentimiento K'iche'” and “Vamos al trabajo,” both programs on women's rights and issues. With the support of Cultural Survival, Radio La Niña will acquire a 500 watt transmitter to continue providing its community service. 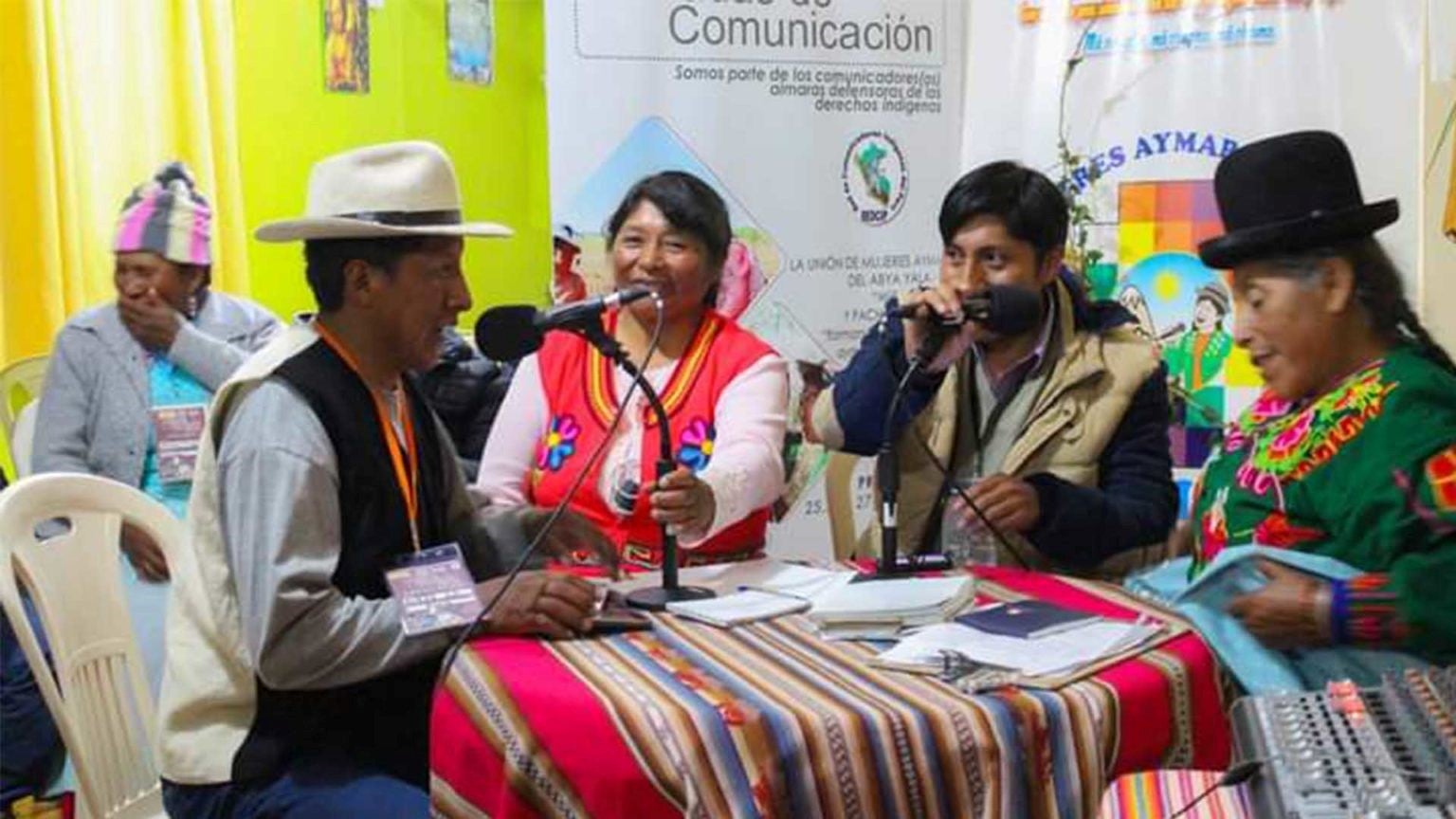 The Union of Aymara Women of Abya Yala (UMA) of Puno, Peru, was created to support the organizational processes and strengthening of Aymara women’s leadership in radio broadcasting. Since its founding, UMA has supported the active participation of women in society and is organized according to the following thematic axes: identity and worldview of women Aymara; rights of Aymara women; respect for natural resources; intercultural health and food sovereignty; intercultural education (equity); political advocacy and intercultural communication; good living;and economic activities such as tourism and arts. Due to the restrictive legislative context and the series of obstacles that Indigenous communities face in accessing their own communications platforms in Peru, with the support of Cultural Survival, UMA is expanding their internet radio presence, equipping a small radio studio, and will acquire computer equipment necessary for their online expansion. 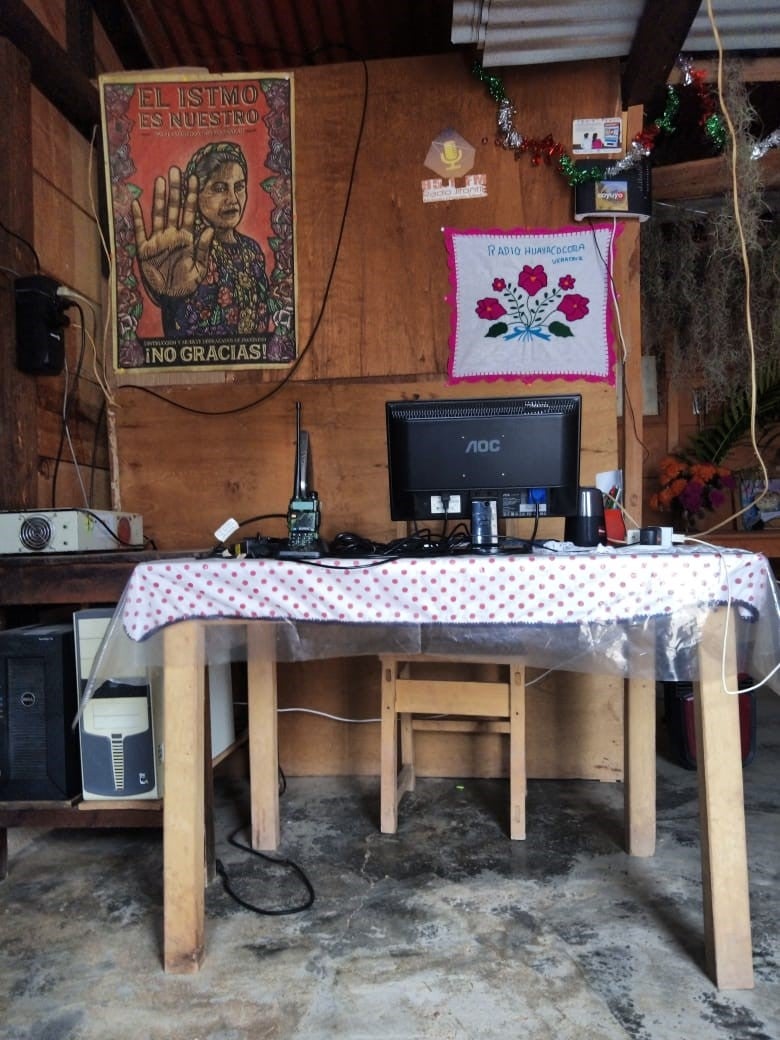 The Ji’tontik community is broadcasting from Abasolo, Ocosingo Chiapas, Mexico. Radio Jintotik was started by a group of young people who wanted to revitalize  Maya Tzeltal customs and traditions. Since the beginning, they have been dealing with various issues such as the role of women, teenage pregnancy, alcoholism, the importance of traditional values, collective work, and focusing on the issue of gender equality. The station produces programs on the rights of Indigenous women in the Tzeltal language, and currently broadcasts with a 15-watt transmitter. For a long time, it has had a rudimentary transmitter that has been damaged many times in the rainy season.

With the support of Cultural Survival, the radio bought a new transmitter, tower and lightning rod equipment which now enables them to provide a better service to their community.