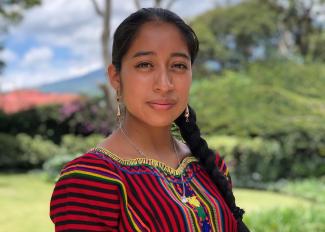 The scene is set: February 10, 2015. A young Indigenous woman is about to be interviewed by a German radio station during the Berlinale, one of the most important film festivals in Europe. The interviewer introduces the young woman as “a wonderful guest, the protagonist of an excellent and exciting film, the first from Guatemala to be seen at this festival,” and offers her the microphone. Coroy greets the audience shyly, but bravely, first in Spanish and then in her native Mayan Kaqchikel language. The spotlight is on María Mercedes Coroy, a Guatemalan Indigenous actress, who, at the young age of 25 and without previously studying acting, has risen to acclaim with two films lauded by international critics: Ixcanul, in 2015, and more recently, La Llorona, both winners of numerous awards in different countries.

Coroy was born and raised in the municipality of Santa María de Jesús, a town located on the slopes of the Pacaya Volcano in Sacatepéquez, Guatemala; the village’s population is 98 percent Kaqchikel. As a child watching movies on television, she thought that one day she would like to be in them, but she did not imagine that her dream could come true. During her time at school, she participated in plays and dance while helping her mother in a small family business. The opportunity to get involved in the world of cinema would come years later and by chance, when, as a young woman, she was passing through Santa María de Jesús Park where Jayro Bustamante, a Guatemalan film director, was casting for his film Ixcanul. 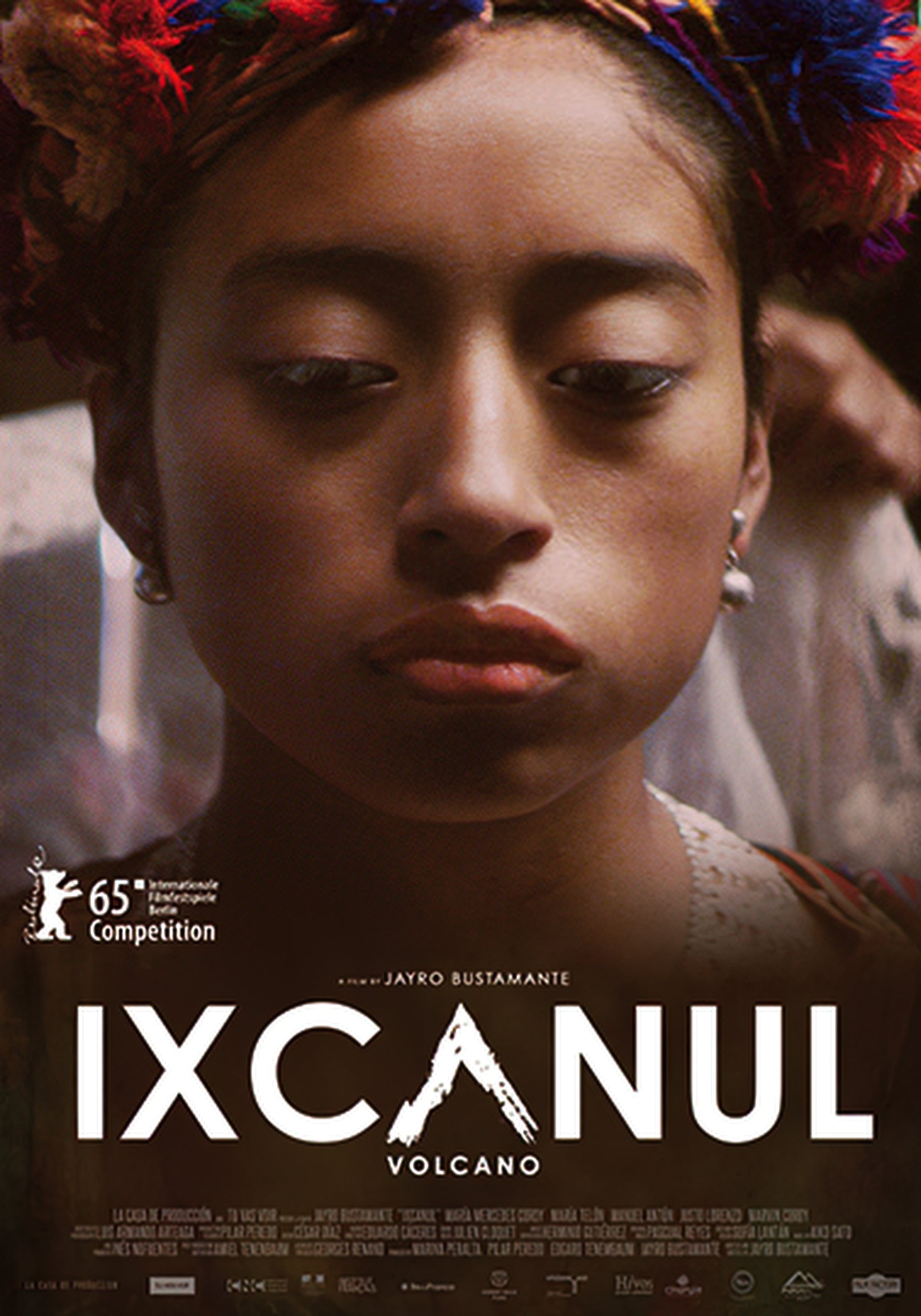 Film poster for Ixcanul (2015), a drama written and directed by Jayro Bustamante. It was screened in the main competition section of the 65th Berlin International Film Festival where it won the Alfred Bauer Prize. María Mercedes Coroy played Mara in the film.

Bustamante has said in an interview that he had a hunch that Coroy was the actress he was looking for to interpret the story of Mara, a young Kaqchikel Maya who lives on the shores of the Pacaya Volcano and who works with her family on a coffee farm. In the film, the protagonist finds herself in a dilemma when she falls in love with a boy who promises to take her to the United States and show her “the wonders of money and electricity.” She is afraid to accept this proposal as she is engaged to the foreman of the farm. When she becomes pregnant unexpectedly, her life takes an extraordinary turn. The film addresses the issues of exploitation of Indigenous people on farms, machismo, and human trafficking.

Even though it was her dream to appear on the big screen, Coroy says that at first, she was afraid of being the main star of Ixcanul. “Often, Indigenous women are discriminated against and undervalued and we are told that we cannot fulfill our dreams,” she said in a past interview. Because of that insecurity she tried to take a secondary role as a coffee cutter, but Bustamante convinced her to continue as a leading actress. From the success achieved in Ixcanul, her acting career began to take off; she next appeared in the 2018 film Bel Canto alongside Julian Moore and Ken Watanabe, and was cast in her first starring role in the Mexican television series Malinche.

In 2019, Coroy began working on La Llorona, a film that addresses the genocide in Guatemala through the story of Alma, a domestic worker who works for a general accused of massacring and annihilating entire villages during his tenure in government, and to whom supernatural events occur as punishment for his cruel actions committed against the Maya people. La Llorona (“the weeping woman”) is a popular Latin American legend about a woman who is said to have drowned her children. After she drowns herself out of penance, her spirit is condemned to purgatory until she can find her children. In the film, Alma’s children are victims of genocide; her spirit suffers and seeks justice because her children were drowned in front of her by soldiers who threatened to kill her if she cried. “The film is very important for Guatemala, especially for the population that I represent, Indigenous Peoples. My parents spoke to me a lot about the genocide. My grandfather told me many stories. I was not a stranger to everything that happened, but I did not feel these stories until I made this movie,” she said in an interview with Agencia EFE.

Coroy affirms that she has had to overcome many challenges and feels proud about what she has accomplished, but recognizes that there are still many things that she wants to achieve. Not being able to speak English is a barrier in the world of international acting, which is why she expresses a desire to learn it. She also wants to continue learning the Poqomam Mayan language, which she can already speak some. During the filming of Malinche, which tells the story of a young Indigenous woman “given” to Hernán Cortés, the infamous Spanish conquistador, to be his translator, she learned some of the Yucatec Maya and Popoluca languages of Mexico.

Coroy’s success has made her the face of various advertising campaigns, but also of social causes for OXFAM, the United Nations Population Fund, and the United Nations High Commissioner for Refugees, among others. She has also participated in conferences and forums to bring a motivating message to youth. She believes that things must change in Guatemala and that it should not only be her face that appears in the media, but also those of the many other Indigenous people who are also struggling to achieve their dreams. In Guatemala, Indigenous Peoples are very much still marginalized and mainstream media promotes the images of Ladino and European descendants. Coroy hopes that she inspires youth to be proud of their Indigenous heritage and cultural roots, and is confident that “the young generation that is watching me and making some kind of art will continue to do so.”

Although Coroy enjoys the world of acting and has traveled to numerous countries, she maintains a strong bond with her roots. She enjoys spending time with her family, dedicating herself to Maya weaving and participating in activities of her community. She is proud to be Indigenous and that her parents have taught her the Kaqchikel language. Wherever she goes, she always wears Maya clothing, both from her town and from other parts of Guatemala. During the Berlinale she proudly wore a Santa María de Jesús huipil (traditional blouse), and at an exhibition there, she was invited to sign one of her photographs. She did it slowly, enjoying that moment, as if affirming that, like a volcano, she can be quiet, but inside she is full of potential and strength.