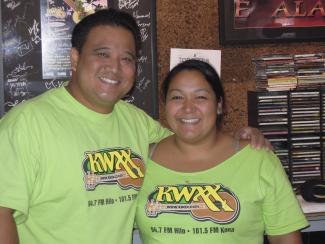 From the cannon Kamehameha mounted on his war canoe to the numerous newspapers printed in Hawaiian, to the inclusion of Hawaiian fonts and keyboards on computers straight from the factory, the Hawaiian people have a storied history of utilizing technology for the betterment of our lives.

The first informational technology widely used by Hawaiians of years past was the printing press. Prior to the arrival of Captain Cook, the missionaries, and other Westerners, Hawaiian was strictly an oral language. The printing press arrived on Hawaiian shores in 1822 at Hale Pa’i (Literary Print House). By then, the Hawaiian language was already transitioning to a written language; the royal class favored the ability to read and write, and that desire spread among the majority of Hawaiians as well. With the aid of the printing press, stories and cultural knowledge were published in more than 100 newspapers and journals. The articles were published so that the knowledge and language they contained would be preserved, and it is this forward thinking of our chiefs and ancestors that has left us with such a large canon of literature. However, the flourishing of Hawaiian in print was short lived. In 1896, teaching in Hawaiian was banned. A sharp decline in the use of the Hawaiian language ensued for much of the 20th century.

The literary scene brightened during the cultural renaissance in the 1970s, when all things Hawaiian were once again in favor and the Hawaiian people began to stand with pride and fight for the rights of their people. Hula, the traditional dance, was practiced with renewed vigor. Hawaiian songs, both new and old, along with slack key guitar, became popular. Natives fought to end the military bombing of the sacred island of Kaho’olawe, and the double-hulled deep-sea voyaging canoe Hōkūleʻa was conceived, built, and sailed to Tahiti. In spite of these advances, however, Hawaiians remained concerned about the survival of their native tongue. So, nearly a century and a half after the printing press landed on the islands, informational technology was once again utilized to transmit the language to Hawaiians everywhere: this time over the airwaves.

In 1972 the radio program Ka Leo Hawai’i (The Hawaiian Voice), was broadcast on KCCN-AM. It was originally conceived as a 30-minute, bi-weekly program on Sundays, but due to popular demand it was soon extended to a weekly hour-long format. Ka Leo Hawai’i was a general interest talk show consisting of interviews with native speakers. Though there were other programs where one could hear Hawaiian spoken, Ka Leo Hawai’i was the first and only secular radio show to use Hawaiian fully for the purpose of maintaining the language. Larry Kimura, one of the program’s founders, describes the show as an effort to “help and support Hawaiian language students to get their ears used to hearing the Hawaiian language.” Ka Leo Hawai’i aired for 16 years, ending in 1989. Although it is no longer being broadcast, the knowledge transmitted over the airwaves survives today thanks to Kimura’s foresight in recording the show for the benefit of future Hawaiian speakers.

After Ka Leo Hawai’i, it took almost a decade for another Hawaiian language program to appear on the air. In 1998, a student at the University of Hawai’i at Hilo conceived of Alana I Kai Hikina (Rising In the Eastern Sea). Alana I Kai Hikina began as a class project by Mākela Bruno, a student in the Hawaiian Studies Program, and is a Hawaiian language program that plays Hawaiian music. The main goal of Alana I Kai Hikina is to provide a venue for the broadcasting of Hawaiian, as a living language, for the entire Hawaiian speaking community. The program has two regular DJ’s, along with many high school and college students who are invited to sit in and assist on the show. Musicians and cultural experts are also invited to share their knowledge with the audience.

In addition to playing traditional and contemporary Hawaiian music, the program contains informational segments that bring Hawaiian language and culture into a modern context. Pana ʻĀina (Place Names) illuminates traditional place names, geographical boundaries, history, and events of notoriety relevant to those places. As a living language, we are in constant need of new words pertinent to modern life, which we share in the Hua ʻŌlelo Hou (New Words) segment. There is also Hanana Hou (Current Events), to which the audience can submit information to be shared as well. Pō Mahina (Moon Phase) announces the current moon phase and explains its application for such uses as fishing and farming, when to hold an important meeting, or when to dedicate a new home. The ʻŌlelo Noʻeau (Traditional Sayings) segment shares proverbs bequeathed by our ancestors to guide our daily lives. In order to expand our listenership globally, Alana I Kai Hikina is simulcast live online at www.kwxx.com, and is also available through tablet and smart phone apps.

Alana I Kai Hikina is a successful living language program, but where do we go from here?  One thought is not to simply extend the program for a few more hours, but to bring the language into the everyday lives of our listeners. We could do this by conducting other radio shows in Hawaiian. When Hawaiian is normalized to the point that it is a part of everyday broadcast, especially those segments that are not purely Hawaiian in nature, then we can truly say that the Hawaiian language lives!

--Kaimana Barcarse is the the Program Director and lead DJ of Alana I Kai Hikina on KWXX-FM, and director of the Honuakai Exploration Sciences and Voyaging Division of the 'Aha Punana Leo, whose mission is to utilize the wa'a (canoe) as a platform to strengthen the Hawaiian language skills and cultural traditions of its participants. Barcarse is also an instructor at Ka Haka 'Ula O Ke'elikolani Hawaiian Language College of the University of Hawai'i at Hilo and is serving on the board of directors at The Cultural Conservancy. This article was translated into English from Hawaiian.