Introduction: The Value of Biological and Cultural Diversity

Seemingly everywhere, populations are growing and the amount of land used to feed the planet is shrinking. In the Third World, especially, economics are fraying, losing strength; with an increasing tempo, individual families scramble to meet subsistence needs and governments desperately search for foreign exchange to pull themselves out of hock. To meet these needs, rain forests are being plundered, cut down, and burned off; oceans are being dredged and poisoned; soils are being broken down and washed away through unchecked erosion - to the point where many of our so-called "renewable" natural resources are simply no longer renewable.

With this litany of destruction has come a furious assault on the frontier areas, which have become catch basins for population overflow and the targets of short-term money-generating ventures such as intensive logging, cattle ranching, and export crop agriculture. It is in these frontier areas that many of the world's indigenous people make their home, and it is here that they are now being threatened. Tropical forests - where large numbers of indigenous people live - are being converted into lateritic wastelands at a horrifying rate, and as this process accelerates, so, too, does the disappearance of native societies and cultures.

Over the centuries, indigenous minorities have been pushed back or have retreated under pressure into some of the world's most remote, inhospitable regions - thick tropical forests, barren deserts, and harsh mountain slopes. As the colonizing front of the dominant society advanced, they fell back and moved farther into the wilderness, where they maintained their cultures through isolation.

No longer. We have now reached the point where most of the world's remaining wilderness has run out and the backlands into which these groups formerly retreated have vanished. Gone are the days when they could retreat and redraw their territories beyond the periphery of the modernized world. With their living spaces shrinking, their escape routes are blocked, bringing them face to face with forces with which they cannot compete.

It is disquieting to see the same tragic picture unfolding along similar lines throughout the world. While the details differ from country to country, the pattern is invariably the same monotonous catalogue of plunder, pillage, and destruction. Indigenous groups sitting on a heap of precious metals or deposits of petroleum are particularly vulnerable. This has recently occurred among the Yanomami in northern Brazil [see CSQ 13(1): 45-47], the Indian groups of the Amazonian region of Brazil and Ecuador [see CSQ 13(1): various articles; CSQ 10(2): 46-47], and the native people of Papua New Guinea (Gault-Williams, this issue), to name just a few. Logging operations and cattle ranches, two other examples of cash-generating enterprises with disastrous social and environmental consequences, have been equally disruptive to native societies.

The colonization of frontier areas, spontaneous and directed, is also taking a heavy toll. Not only are such indigenous people as the Mbuti of the Ituri Forest in Zaire (Peterson) and the Sumu of the Honduran Mosquitia (Herlihy and Leake) being overrun by hordes of land-hungry colonists; their habitats, two of the largest and most diverse forests of their respective regions, and being leveled and despoiled. In both cases, the colonists have come from different ecological zones and are ill equipped to exploit tropical forests in nondegrading fashion. And in both cases, the result is environmental and economic tragedy for indigenous inhabitants and colonists alike.

The picture is bleak, yet a few signs of hope should be signalled. First, with their backs to the void and the chain saws and tractors moving closer, many indigenous groups have begun to organize and fight back. Since the 1970s, and picking up steam through the 1980s, numerous groups have formed at the local, national, and international levels - and the issues that have brought them together are invariably land, natural resources, and cultural autonomy. These are the primary concerns of the Confederation of Indigenous Nationalities of Ecuador (Field), Mopawi in the Mosquitia of Honduras (Herlihy and Leake), and the O'Odham of the US-Mexican Sonoran Desert (Flores, Valentine, and Nabhan). Even the Paipai of Jamau, a virtually invisible tribal group in Baja California that has lost nearly all of its land, are now coming forth with demands for redress (Alvarez). Most of these groups are new and lack self-confidence and organizational capacity. Yet at least they have made the decision to stand firm and defend their rights.

In November 1989, the Kuna Indians of Panama organized the First Interamerican Indigenous Congress on Natural Resources and the Environment. This event united some 70 indigenous representatives of groups from 17 countries, from the Yukon Territories down through Argentina and Chile. The overwhelming concern of all participants was how to mark off and secure their territories from the stampede of loggers, cattle ranchers, and landless peasants streaming onto their lands.

Recently the Coordinating Body of Indigenous People of the Amazon Basin (COICA; see p. 82), made up of groups from Brazil, Bolivia, Peru, Ecuador, and Colombia, proposed to the bilateral and multilateral funders the development of the Amazon region be reoriented toward the needs of its inhabitants. The groups want the funders to understand the region and its people before venturing forth with financial support of projects. They want a hand in designing and implementing all projects in the region. And they want to establish a relationship of collaboration between international funders and indigenous people, one founded on mutual respect.

Another trend worldwide is the convergence of interest of indigenous groups and conservationists. On the one hand, many of the areas that have been singled out for conservation efforts are inhabited by indigenous groups - a fact that runs counter to the popular notion of "virgin" jungles and "uninhabited" deserts. Over centuries they have evolved production systems and ways of life that serve to maintain the integrity of the natural environment; certainly they are in a much better position to carry out conservation measures than groups of trained biologists. Above and beyond this, they are committed to the cause of conservation over the long haul, since their very existence as people depends on the stability of the territories in which they live.

Alliances of this sort are noted in the articles in this issue on the Mbuti of Zaire, the O'Odham of the Sonoran Desert, the Pehuenche of Chile (Quarto), Mopawi of Honduras, COICA of the Amazon Basin; and to this list we must add the Kuna of Panama. This is a good beginning, but it must be said that these indigenous group/conservationist arrangements are still the exception rather than the rule.

In our search for alternative strategies to save the global ecosystem, we would be well advised to work with local populations instead of bulldozing them under and pushing them aside. Put more bluntly, we need their help; with it we may be able to put the brakes on our slide onto ecological chaos. And on their side, they desperately need our help; without it they are doomed to extinction. If we manage to establish some sort of mutual respect and understanding, and in the process learn to work together toward a set of common goals, we may just succeed in salvaging some of the earth's precious biological and cultural diversity. 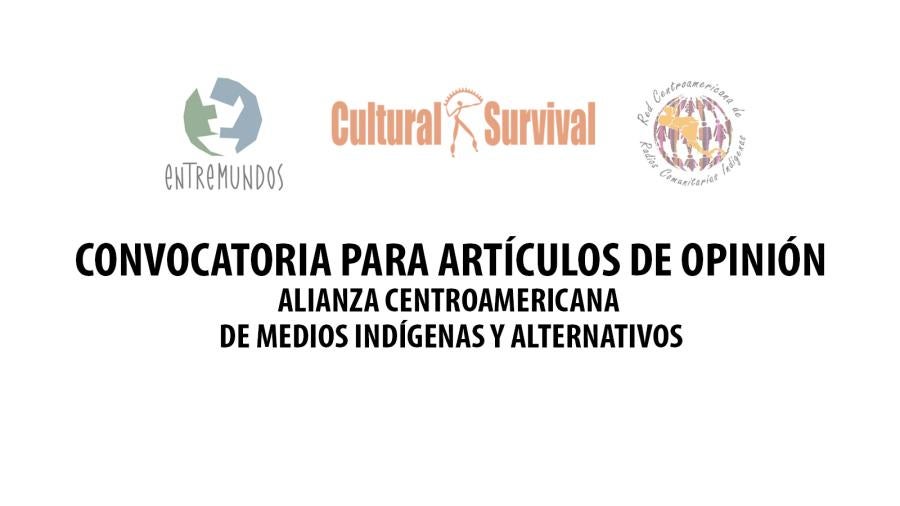 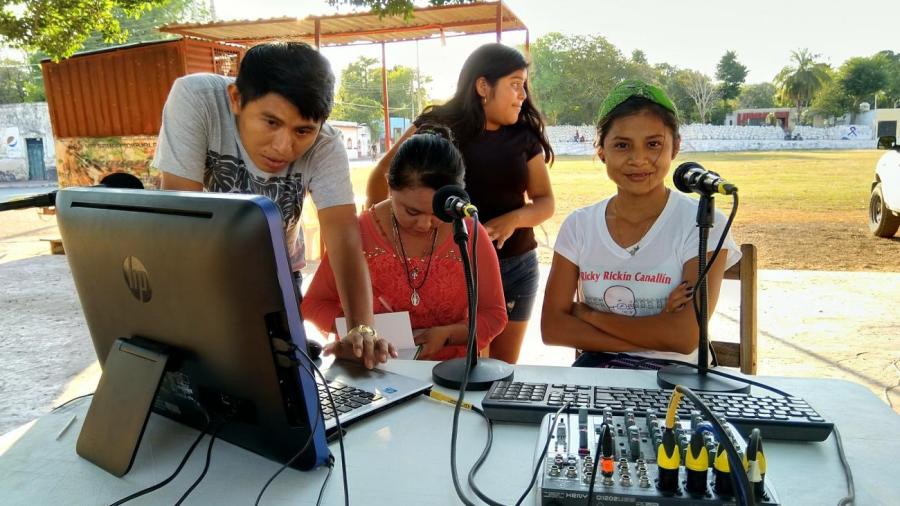 Going Beyond the International Year of Indigenous Languages