Finding Our Own Solutions: Mixe Communities of Oaxaca

Every society faces both happy and conflictive circumstances in daily life. Indigenous pueblos -- as palpable and dynamic collectivities -- are not the exception. Celebrations are a clear example of the happy moments when different interests within the community are once again harmoniously interwoven. The other extreme involves conflicts over land, between members of the community, or, most seriously, conflicts between communities over boundaries.

For the Mixe people, in addition to the invasions that the Lower Mixe communities such as Jaltepec de Candayoc and Paso del ...guila have suffered through, conflicts over boundaries in other communities have worsened, primarily due to overlapping presidential agrarian reform decrees, as well as delays and negligence on the part of the governmental institutions involved in the problem.

The complexity of these problems increases if we consider how they affect basic aspects of community life such as food production, confrontations with other commentates, tensions and internal divisions, stagnation of the pursuit of common prosperity and even individual freedoms, when these problems lead to jail sentences.

Yet, what treatment has each of these problems received in the domain of governmental institutions? And how have our communities responded?

The majority of the problems faced by 411 of the 570 municipalities in Oaxaca have gone through the same history: a) extreme delays in processing cases -- some have been in progress for more that five decades -- on the part of administrative and political institutions. During this lapse, the conflicts accumulate bloody episodes that at times include the loss of human life; b) overlapping solutions, master plans and ancestral titles, which encourage hopes on one side or the other, polarizing positions and making solutions increasingly difficult; c) economic costs which community members have had to bear, complicating even more the living conditions of any indigenous area; d) all sorts of interests on the part of lawyers, political parties and even social organizations, which in the end seek everything but a solution to the conflict; and e) a return to what is our own. Worn out after years of these attempts, the conflicting parties become convinced of the need to put a stop to it and try something new.

Faced with the failed solutions to these problems, in recent years the idea that a poor agreement is better than a good legal judgment has become popular, and the problems that had been believed to be beyond the capacities of communities themselves have returned to them for resolution. Today, the largest number of problems solved (at least in Oaxaca) have not been the product of a brilliant act of administration of justice, satisfying to both the loser and the winner, but rather are the result of the communities' desire to resolve their problems and the effectiveness of indigenous institutions and norms. A recent example worth mentioning is the imminent solution to the conflict between the Mixe communities Asunción Cacalotepec and San Isidro Huayapan; their approach has characteristics which could define a local path for the solution of these problems.

The construction of one's own alternative and a route that can effectively resolve agrarian conflicts has required significant re-valorization of the ideas, principles and institutions inherited from our ancestors. Over the course of time, they have proved their effectiveness, and are becoming of more consequence in the face of the coming times.

Some of their key principles are:

1. Mutual recognition of personality and sense of belonging to a people. In addition to recognizing a right whose justness could be debated, the communities in conflict must recognize that they belong to a particular indigenous community, or rather, to communities subjected to situations of internal colonialism. Among the Mixes, since before the arrival of the Spanish, unity reigned within many of the spheres of our daily life. The atrocity of colonization and the later imposition of the Mexican State subjected us to internal divisions over issues of land, political organization and the application of justice, among others. This division served interests different from those of the Mixe, and continues to affect us greatly today. The result is the continued submission and extreme marginalization of our communities. In such a situation, regardless of the rules and legal formalities which support the personalities of both collective groups, where the existence of rights is well known, a partner in dialogue must be recognized with whom the rules of coexistence must be established. Mutual recognition was the first step towards the hope of a peaceful solution between Cacalotepec and San Isidro.

2. Willingness to enter dialogue. This is an indispensable condition in order to overcome any obstacle in the search for solutions. In the conflict between these two Mixe communities, willingness to enter into dialogue appeared only after attempting many petitions, the generation of political tension and arrest warrants for more that 100 community members. Willingness to discuss a negotiated solution does not have to appear after official routes have proved inoperable or the problem has become a criminal or political issue. It must be seen as a possibility before any proceedings that would distract from the key problems. This possibility is perfectly viable within the guidelines of current agrarian law (article 185, section V1)

3. Trust based on good intentions. The sustained commitment to resolving the problem gains trust between communities, increases the value of one's word, and one's own institutions become the path to resolution. Even in difficult situations like the conflict between Cacalotepec and San Isidro, where the agrarian conflict has roots in the ancestral cacicazgo established by Mr. Luis Rodriguez of Zacatepec in the 1940's, and has become a social and political problem. However, even in a situation as difficult as this, it is possible to recover trust and the value of one's word. Under such conditions, future obstacles can be easily overcome.

4. Using our own institutions and norms to resolve problems. There are many norms and institutions that are available or are being updated in order to achieve a solution for the parties in conflict. These can be summed up in terms of the important role played by the general assembly as arenas for collective reflection and decision-making, and the role of community authorities as messengers and executors of the assembly's accords. This process has three stages:

a) The assembly serves as the space in which to reach accords that will be presented at conciliatory talks with the authorities of other community involved in the conflict.

b) The community authorities take on the role of presenting the accords of their respective assemblies and reconciling them, seeking a consensus which they will then take back to each assembly.

c) Each assembly considers the consensus reached by its authorities and produces opinions and agreements about the obstacles that arise.

Thus, through a specific, serious process -- rarely recognized by the State's bodies -- internal problems as well as those that go beyond the community's boundaries are resolved. This is the path we should re-take, rooted in the ancestral norms and rules of the Indian peoples.

5. A new role for lawyers. In this ancestral form of problem-solving, the role of the now-indispensable lawyers must be transformed into that of simply facilitators, who can be entrusted with clearing the way of the obstacles that laws may present to the process. The principle actors in this new form of solution are the parties in conflict, who understand their own mechanisms, norms and institutions, and who have abandoned the procedures, terms and legal entanglements with which they are not familiar. Consequently, the community authority becomes their own advocate, and the formal lawyers simply accompany.

6. Validating role of the State. It is formally established in agrarian law that a reconciliation between parties may be elevated, by agreement, to legal status by the Agrarian Tribunal. The role of the State is reduced to validating the agreements reached by the communities, even in cases that have yet to be brought before the judicial body. This situation is completely in agreement with the San Andrés Accords on Indigenous Rights and Culture, which assert: "The State [...] shall promote the recognition by the Mexican positive law of the authorities, norms and procedures for the resolution of conflicts internal to the indigenous communities and peoples, in order to apply justice based on their internal normative systems; through simple procedures, their rulings and decisions shall be validated by the State's judicial authorities."

Finally, one of the errors of the Mexican legal system, and of the system of administration of justice involving land conflicts in indigenous regions, has been to treat our lands and territories as individual commodities, automatically assigning a portion of land to one community or individual. We recognize that land, while resolving material and economic problems for each family within the community, has a broad, integral meaning to the indigenous pueblos, and should not be the source of controversy, much less aggression between communities. The earth, the largest space that we can share, can bear a path through the bush or a line of boundary stones in the canyons, which according to the supposed legal order marks a border. Yet this boundary cannot transcend the culture, the life, future and hope that forever unite us. That's how we will be one people. 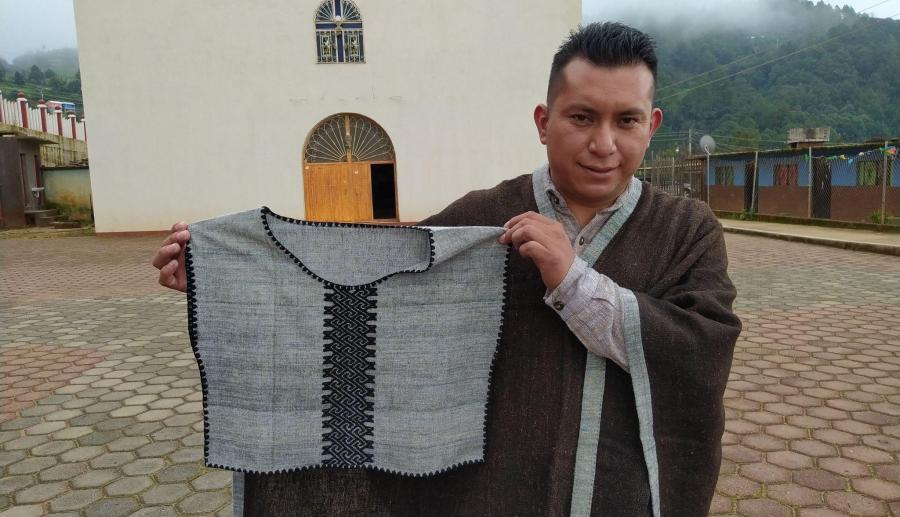 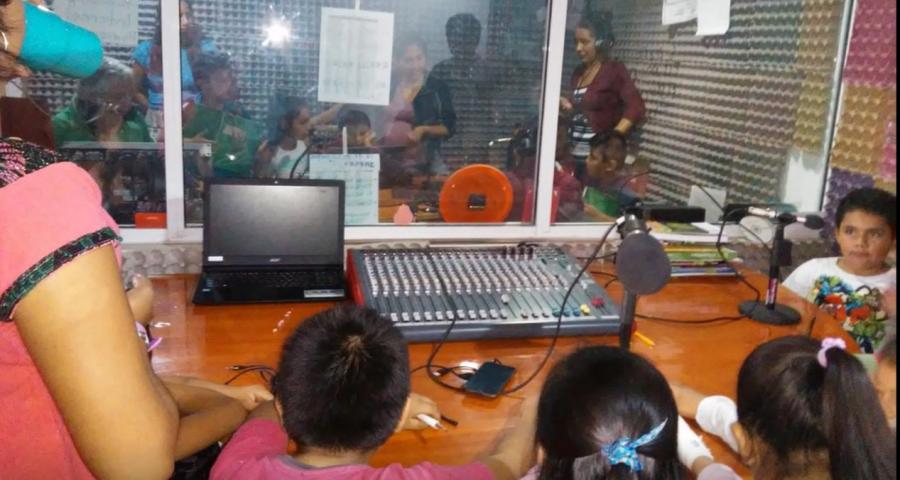 May the Mountains Feel Proud when Listening to Our Radio 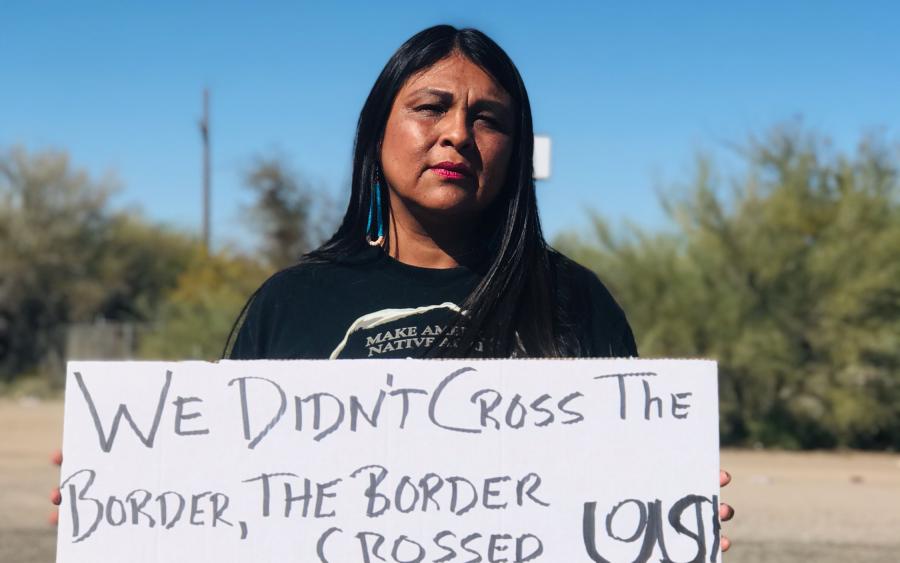