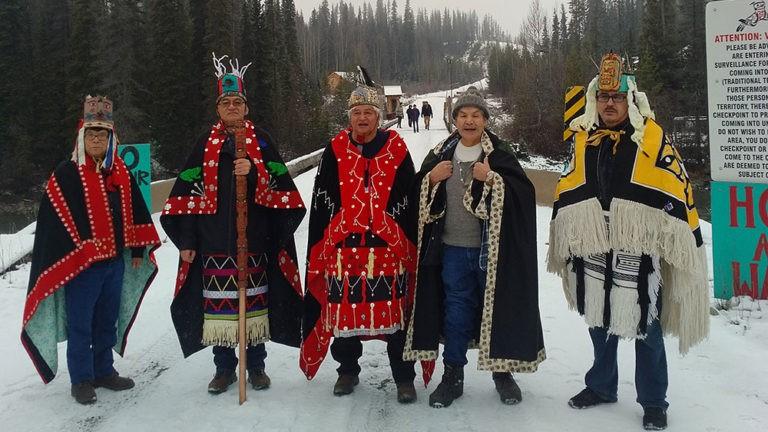 On December 31, 2019, the British Columbia Supreme Court issued an injunction to allow construction on the Coastal GasLink (CGL) pipeline, giving unlimited access to Wet’suwet’en lands.  The Coastal GasLink pipeline is intended to be 416 miles long, stretching from northeast British Columbia to near Kitimat. Within this swath of land lies 22,000 square kilometers of unceded Wet’suwet’en land. In 1997, the Supreme Court of Canada confirmed that Indigenous claims to land in this area still exist, and the Wet’suwet’en Nation has vehemently opposed the pipeline’s construction. Nevertheless, and without the “Free, Prior and Informed Consent” necessary as stipulated by the UN Declaration on the Rights of Indigenous Peoples, construction has been allowed to move forward.

The injunction was firmly rejected by the Wet’suwet’en, and on January 7, 2020, the Wet’suwet’en Hereditary Chiefs issued an eviction notice to the CGL pipeline company, effective immediately. “Over the past year, Coastal GasLink has operated on our territories despite our opposition to the project,” the letter to CGL states. “We must re-assert our jurisdiction over these lands, our rights to determine access and prevent trespass under Wet’suwet’en law, and the rights to Free Prior and Informed Consent…The denial of these rights has resulted in irreparable harm to the land and our people.” Encampments intended to prevent pipeline construction and reclaim Wet’suwet’en land play a crucial role in this reclamation of Indigenous rights; to quote Unist’ot’en Camp’s spokeswoman Freda Huson, “we’re not protestors and this isn’t a blockade…It’s a reoccupation of our traditional lands.” Representing all five of the Wet’suwet’en Nation’s clans, these same hereditary chiefs will monitor the eviction.

This intimidation and violence has been “an ongoing experience” for almost a year, according to Wet’suwet’en land defender Sleydo’ (Molly Wickham). In January 2019, the Camp faced intimidation and violence in a raid by the Royal Canadian Mounted Police (RCMP) who used chainsaws to break gates the Wet’suwet’en established on their traditional territories to block construction of the CGL pipeline. The incident lead to numerous arrests. “The threat of their extreme use of violence and force,” Sleydo’ stated, “hasn’t gone away since the day of the raid. We’re constantly under that threat and pressure…Any time that injunction order comes down, we could be facing the exact same situation that we did — or worse.”

Although certain Canadian politicians have called for an investigation into the actions of the RCMP regarding this use of violence toward the Wet’suwet’en (which were exposed in a recent Guardian article that quoted RCMP strategy notes as telling officers to “use as much violence toward the gate as you want”), RCMP spokeswoman Janelle Shoihet has merely stated that the RCMP was denied access to the documents referenced in the report, and that the report does not “reflect what actually occurred.” On January 8, the RCMP went further, and released a statement that they “are impartial in this dispute and our priority is to facilitate a dialogue between the various stakeholders involved.”   Canadian Prime Minister Justin Trudeau has continued to defend the pipeline, despite his stated commitments to addressing climate change and Indigenous reconciliation.

British Columbia’s human rights commissioner recently released a statement asking for the government to guarantee that actions against protestors will remain peaceful. “Canada cannot simultaneously vie for a seat at the Security Council while ignoring their obligations to to other parts of the UN,” Kasari Govender argued, and as such, “Indigenous peoples who oppose development projects on their traditional territories should never be met with violence for peaceful opposition.”

The pipeline is not solely a question of land rights, though. There is a domino effect; Huson tells of how “RCMP…has always been used to oppress our people and remove us off our land, and [so that] government can access the resources…even if it means destroying our water, destroying our lands, destroying our way of life.”

With the injunction allowing a pipeline as a legal precedent, the entire future of the Wet'suwet'en Nation is at stake. “If this is destroyed, we will be destroyed,” said Sleydo. “You destroy our land and our water, and we’re as good as dead as Wet'suwet’en people.”

Protestors in Yukon expressed a similar sentiment when they gathered on January 10 in opposition to the pipeline. “Violence against the earth is violence against the Indigenous peoples that are the caretakers of that earth,” said Siku Allooloo (Inuit and Taino), “and going ahead with trying to build extractive industry in sovereign territories when Indigenous people are saying no is rape culture. It’s inherently connected to missing and murdered Indigenous women.”

Further protests followed, with one in Vancouver the following day, and then another in Guelph the day after. The former had over 200 protestors, and the latter had a few dozen. At this third protest, spokesperson Natali Montilla framed the issue clearly: “Wet’suwet’en land is not part of Canada. They are their own separation nation. Their territory has never been ceded, and violence has continued since then because folks do not consent to CLG, Coastal GasLink going through their territory.”

“We are all living on occupied land,” she stated, and so “these struggles are all interconnected.” Finally, Montilla argued, “It’s not the sole responsibility of Indigenous folks to continue doing this really dangerous work (of demonstrating) It’s the role of settlers to undo colonialism and to put pressure on the Canadian state to stop their invasion of Indigenous territories.”

Days after the eviction notice, British Columbia Premier John Horgan reaffirmed the construction of the CGL pipeline: “All the permits are in place for the project and the project will be proceeding.” Prime Minister Justin Trudeau took a slightly more diplomatic route, and was quoted that “when you have an elected band council that has signed agreements with various entities, corporations, and governments, that has a certain weight to it, but there needs to be a reflection on who speaks entirely, or who speaks in part, for different parts of the community.” However, the UN Committee on the Elimination of Racial Discrimination has called for security forces to leave Wet’suwet’en lands.

On January 13, 2019, the Wet’suwet’en Hereditary Chiefs submitted a formal request to the United Nations to monitor RCMP, government and Coastal GasLink (CGL) actions on their traditional, unceded territory. This request follows the recent directive from the UN Committee on Racial Discrimination (CERD) requiring Canada to halt the CGL pipeline project and withdraw RCMP from our territory in order to avoid further violations of Wet’suwet’en, constitutional, and international law.

Cultural Survival reiterates our support for the Wet’suwet’en and joins calls to Coastal GasLink and the RCMP to stand down. Unis’tot’en Camp received a grant from Cultural Survival’s Keepers of the Earth Fund in 2017-2018 to host four gatherings to strategize on how to continue protecting their land from pipeline construction and promote traditional livelihoods on their territory. 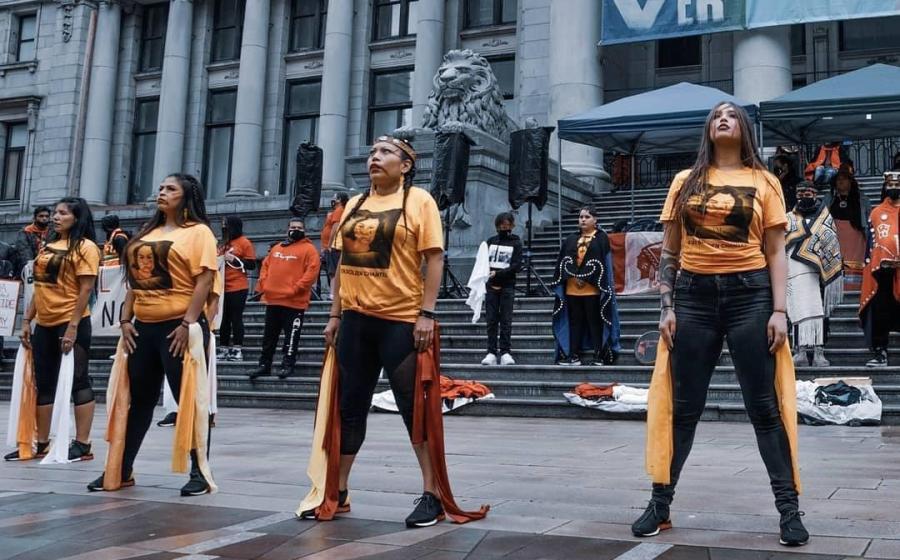 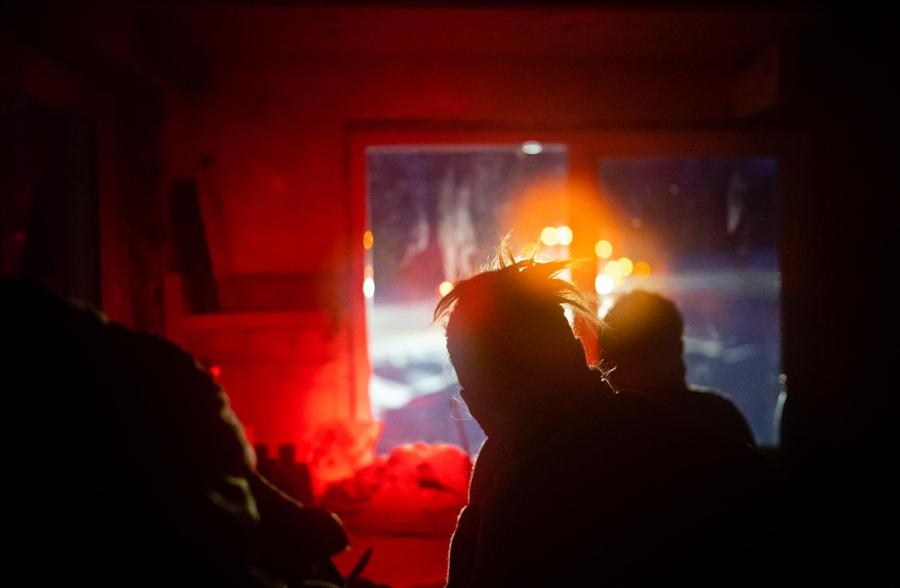