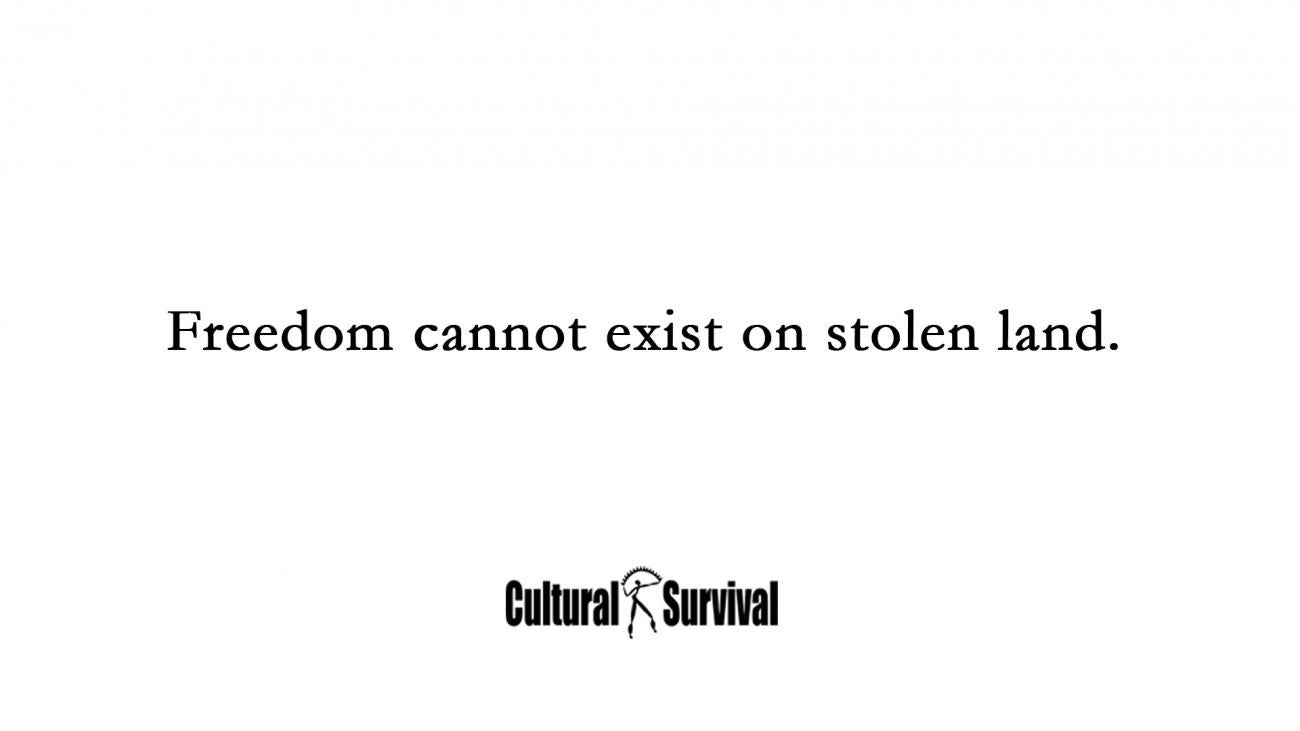 While many people across the United States are off enjoying this 4th of July weekend, this American holiday serves as a painful reminder of this country’s violent history which many are still unaware of and which continues to be felt today, across this stolen land. Independence Day, a United States federal holiday, commemorates the day the Second Continental Congress unanimously adopted the Declaration of Independence of the United States on July 4, 1776. While the United States and its settlers claimed its independence from Great Britain, this came at a cost of others, including this land's Indigenous Peoples and Africans that were stolen from their own homelands and forced into slavery. This patriotic holiday is nothing to celebrate, because freedom cannot come at the cost of another’s freedom, especially on stolen land, amongst stolen Peoples. America’s Independence Day is a celebration of imperialism, genocide, and American exceptionalism, and there is no pride in genocide. This country must take accountability for its violence, and it is our collective responsibility to learn decolonized history, uplift suppressed histories, and make others aware of the United States’ painful past. With the acknowledgment of the truth, it opens a door for justice, accountability, and healing which can further affirm others’ rights and freedoms to be respected and upheld.

Freedom cannot exist on stolen land, especially where the theft of lands continues centuries later, as seen with the recent example of the Mashpee Wampanoag, where Trump ordered 321 acres of land out of federal trust in 2020. While this decision has since been overturned, the fact that Indigenous lands are still being removed from Indigenous hands illuminates the truth that this country’s foundation is built on stolen land, and to maintain that foundation, this cycle of violence and theft must continue. A part of this foundation includes racist text within the Declaration of Independence itself. In the list of grievances in the Declaration, it is shared why settlers needed to separate from Great Britain and establish its own nation, “He has excited domestic Insurrections amongst us, and has endeavoured to bring on the Inhabitants of our Frontiers, the merciless Indian Savages, whose known Rule of Warfare, is an undistinguished Destruction, of all Ages, Sexes and Conditions." In an NPR interview, David Treuer (Leech Lake Ojibwe) shares, “You can't understand our Declaration of Independence without having a modicum of understanding of critical race theory because this country was founded on two principles. One was the theft of Indian land, and the other was the theft of Black labor in the form of slavery. And that is fundamental. Those two thefts were coded racially, and there's no getting around that.” The reference of Native people as savages in the Declaration of Independence has created a culture and practice of dehumanization against Indigenous Peoples which has led to stolen land, rights violations, and genocide.


When settlers arrived on Turtle Island (North America) they did not know how to live off this land. Indigenous Peoples on the east coast welcomed settlers, housed them, fed them, and taught them our ways to live in good relationship with the land to ensure their survival. Indigenous Peoples saved settlers from famine and harsh winters. One of many notable acts of generosity comes from the Oneida, a Haudenosaunee Nation within the Iroquois Confederacy. During the American Revolutionary War, the Oneida people gave white corn to George Washington’s starving troops and taught them how to prepare and process it so that it was edible and nutritious. These acts of generosity continued between the Haudenosaunee and settlers and the United States deeply admired the Haudenosaunee’s balanced governance structure, the Great Law of Peace. The Great Law of Peace deeply influenced the pillars of western democracy and the United States Constitution, with some notable examples coming from the Great Law of Peace including processes to remove leadership, the balance of power and decision making between parties, procedural processes that enable the passing of laws and much more. All this to say, the foundation of the U.S. democracy, and this country as a whole, is based on Indigenous governance systems. Settlers survived because of the offerings and acts of generosity by Indigenous Peoples which are often not acknowledged or taught, especially on a day where the independence of the United States is celebrated.

As settlers made their way from the East to the West, they made 370 ratified treaties with Tribes to outline their nation-to-nation relationship and their mutual agreement to live in balance with each other and respect each other’s sovereignty. However, oftentimes through these treaties, there was an exchange of land to ensure and outline Tribal sovereignty, and the United States acquired much of public lands through these treaties, more increasingly with westward settler expansion. In article VI of the U.S. Constitution, treaties are noted as the “supreme law of the land”, yet, the U.S. government has not held up its end of the bargain in these nation-to-nation agreements. Treaty violations have existed since its inception in the U.S. and still exist to this day, with a recent notable example where a U.S Supreme Court decision failed to protect Native American voting rights in the case of Brnovich v. DNC which upheld two Arizona voting policies that make it harder for people—and especially People of Color and Native Americans—to vote (NARF, 2021). Moreover, another recent example includes the development of Line 3, which is a replacement pipeline proposed by Enbridge that runs through Anishinaabe Treaty land where construction of the pipeline has occurred without their Free, Prior and Informed Consent. From infringing on voting rights to the construction of oil pipelines like Line 3, treaty violations exist far and wide in this country, and this includes the United States violating its own constitution and legal obligations to Native Americans.

In addition to the fact that this country was built off stolen land and democracy, with ongoing violations of treaty rights, the violence continues domestically and abroad. On Turtle Island, there is an ongoing threat to Black and Brown bodies, where their human and civil rights continue to be violated. Police violence is a leading cause of death for young Black men in the United States and the Black community experiences disproportionate rates of both incarceration and murders by police officers. Moreover, violence from this colonial state has perpetuated Asian hate crimes and the criminalization of Indigenous migrants at the U.S.-Mexico border, and Indigenous Peoples protecting their lands against extractive industries. Furthermore, it should also be noted that U.S. interventions, military, and international aid have also caused violence throughout the world, disrupting democratic processes, and fueling wars in the Middle East, including billions of dollars of financial backing, aid, and military support to uphold the state of Israel and diminish Palestine. Additional examples of the United States' role in undermining other nations’ governance include interventions in South and Central America and its role in overthrowing democratically elected governments in Guatemala and Chile, just to name a few. All these factors have contributed to the large numbers of people being forced to migrate in search of a life with dignity. While these are just a few of numerous examples of American imperialism, the United States’ Independence has come at the expense of others’ freedom, dignity, and violations of their rights, and these acts of violence illustrate that this country’s existence can only be validated by historical and present-day violence.

The foundation of this country includes pillars of patriarchy, white supremacy, and capitalism and has used these pillars to justify and assert its independence and political power. We see these same pillars reflected in present-day policies that are designed to undermine others’ rights, their political and economic power, and their nationhood. We cannot celebrate this country’s freedom until we recognize that not all of us experience the same freedoms or rights. Independence cannot be celebrated until we begin to acknowledge this country’s history of genocide and imperialism, honoring the hundreds of treaties between the U.S. government and Tribes, passing and implementing legislation and policy change to protect Black and Brown bodies, as well as stop fueling wars and undermining other nations’ governments. Similar to calls to action like #CancelCanadaDay which was in response to the hundreds and hundreds of murdered Indigenous children being uncovered in unmarked graves in the State-sanctioned catholic residential schools, we cannot celebrate independence and freedom when freedom comes at the cost of another’s freedom, especially when that freedom was taken from our children.

Before any kind of celebration can take place across this country, we must open the door to healing this country’s wounds and history of violence. This healing needs to take place on all sides, including amongst and between the oppressor and the oppressed. This nation’s history, including its pillars of patriarchy, white supremacy, and capitalism causes destruction and harm for people of all walks of life, and if we want to come together where all of our rights are respected and experienced equally, healing must be at the center. To begin and facilitate this collective journey of healing, we must also learn, understand, and acknowledge this country’s true history. In this process of learning and unlearning, we need to lean into those feelings of discomfort, so we can grow together. This includes rebuilding our kinship, between one another and with the lands that we call home or occupy. Through this web of relationships, invokes a sense of responsibility to right the wrongs of history and restore our communities and environment. Towards this rebuilding and fostering connection, we must uplift and center those that this country sought to eliminate and assimilate. We must center Indigenous Peoples and financially resource their leadership, as we are the best stewards of this land, ecosystems, food systems, and are leaders in community building and healing. Everyone has a role in this process, this journey, and our collective future, and shifts in power, privilege, and decision-making need to occur to disrupt the harmful status quo. There is no pride in genocide and we cannot change history, but we can work towards a better future where all of our rights are respected and we all experience freedom and independence equally. 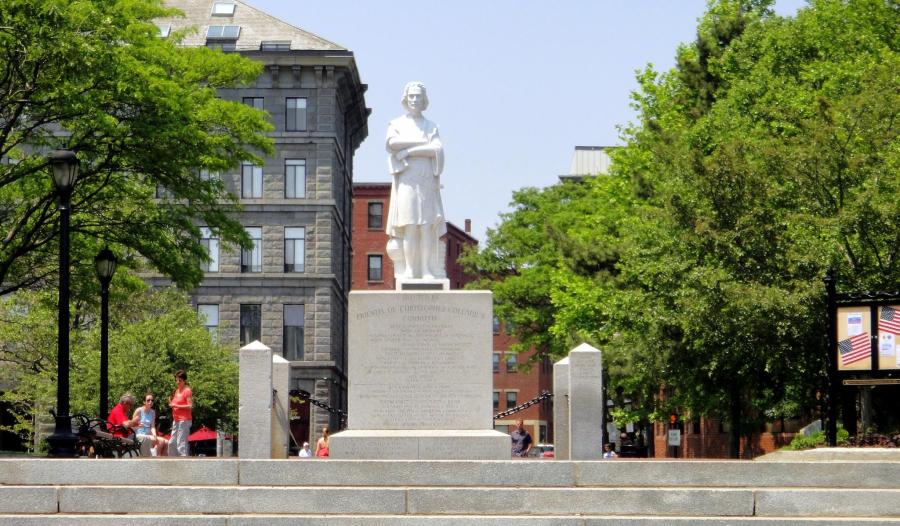 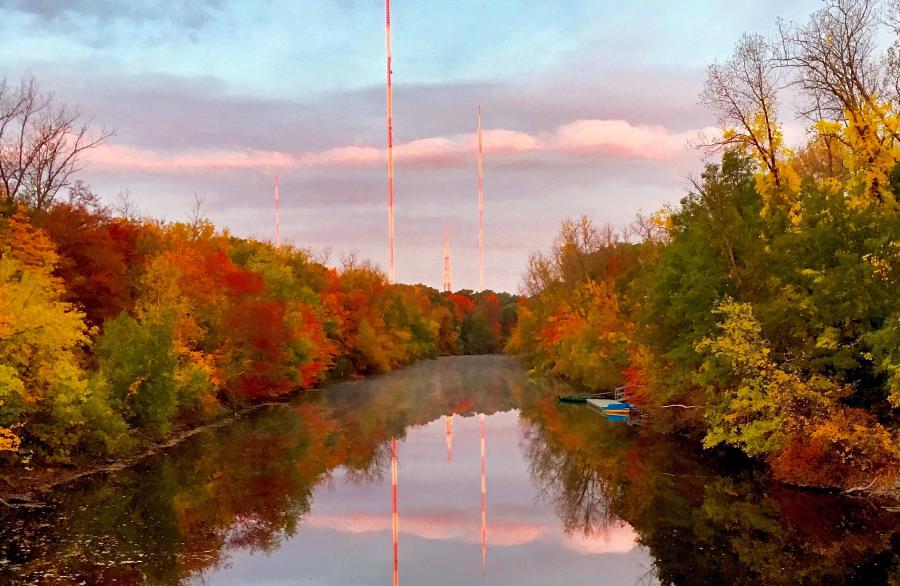 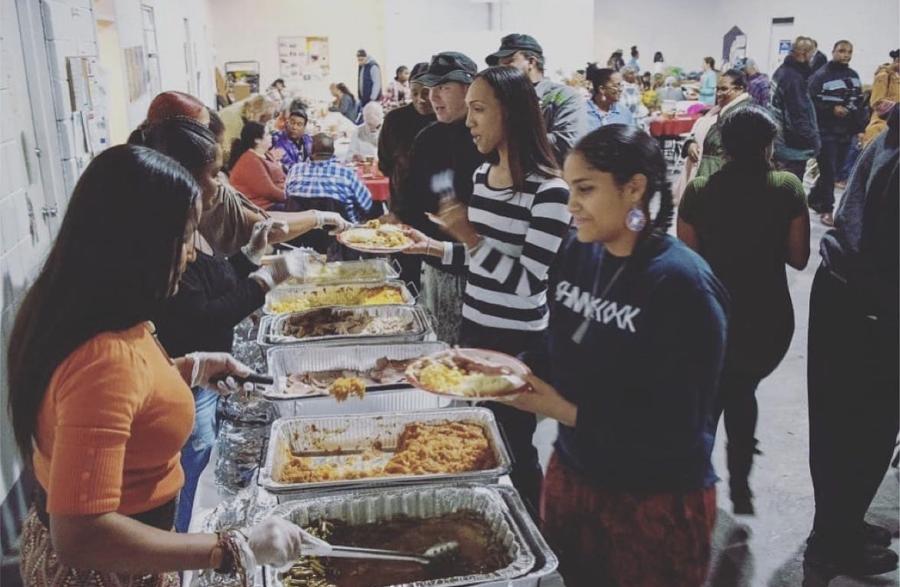