On the Move: Displaced Indigenous Peoples and Refugees from Central America Seek a Better Life 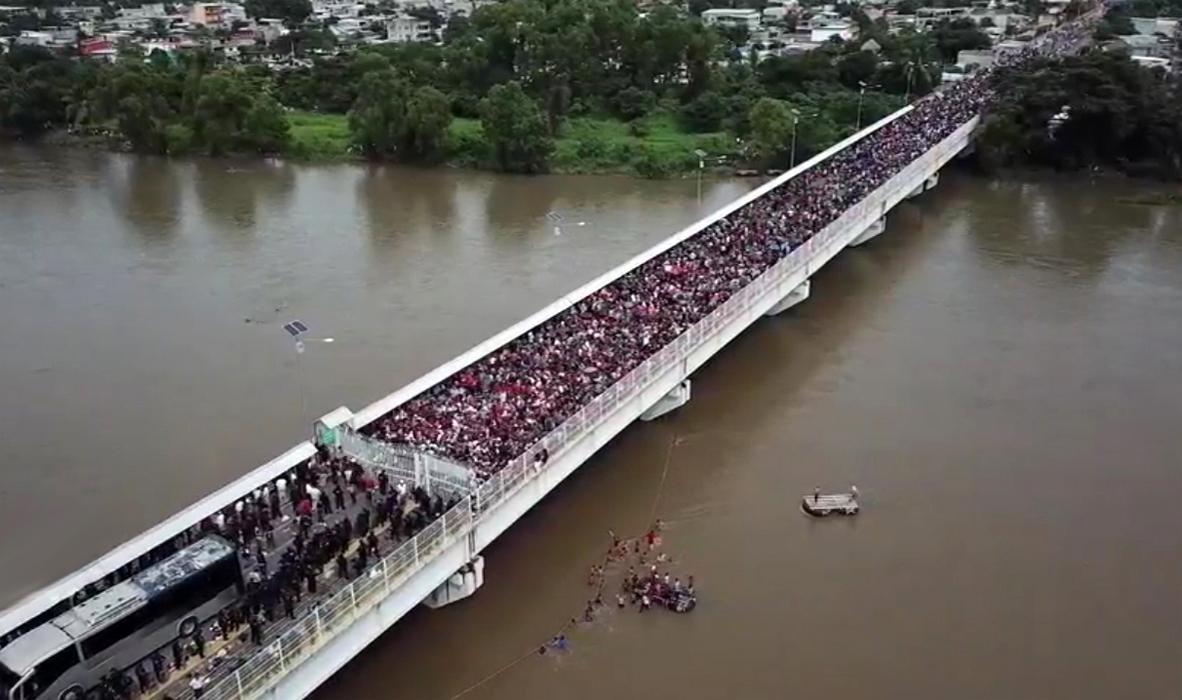 Due to the COVID-19 pandemic, a greater flow of individuals, children, and families is expected globally to seek refuge outside of their country of origin in pursuit of a life with basic needs met such as food, water, shelter, and a place to have hope of a future for themselves and their children. According to the Office of the United Nations High Commissioner for Refugees (UNHCR) in 2020, there were more than 79.5 million displaced people in the world. Of these 79.5 million, 26 million are refugees seeking sanctuary and almost half of them are children and youth.

The definition of a refugee according to the Convention Relating to the Status of Refugees of 1951 (Refugee Convention) is “someone who is unable or unwilling to return to their country of origin owing to a well-founded fear of being persecuted for reasons of race, religion, nationality, membership of a particular social group, or political opinion.”

Of the 195 recognized countries in the world, 147 have signed the Refugee Convention and 1967 Protocol. This means that there is worldwide recognition of the reality of forced displacement in many countries and that many States have signed to guarantee the protection and rights of refugees. Among the basic rights of refugees are the right not to be returned to persecution or the threat of persecution (the principle of non-refoulement); the right not to be penalized for illegal entry and the right to minimum conditions of stay such as freedom of movement, the right to education, health and paid employment or self-employment, the right to dispose of goods and the right to obtain travel identity documents.

In the last decade, refugee numbers have doubled. In 2012, UNHCR reported 10.5 million refugees and in 2020 the numbers reached 26.3 million. Most of the countries that receive refugees are also poor countries that, by receiving refugees, also increase vulnerabilities in their territories. Among the five countries that have received the most refugees are Turkey, Colombia, Pakistan, Uganda. and Germany. Only Germany is the most economically stable country among the five countries that have received the highest number of displaced persons and refugees. The United States, regarded as one of the strongest countries in the world, is not among the top 10 countries that receive refugees. On the contrary, the U.S. has lowered its refugee quotas during a period when more support is needed.

Parallel to an immigration policy that has lowered refugee quotas, there is another important phenomenon happening for the United States and that is 170,000 people have been arriving at the U.S./Mexico border monthly since April of 2021 from Honduras, El Salvador, and Guatemala, with a large majority of unaccompanied children and young people asking for help to live, and asking for asylum and protection.

The number of displaced people and refugees from Honduras, El Salvador, and Guatemala have been exacerbated by the COVID-19 pandemic, which reveals the abandonment of the three States towards those most at risk. People already living in poverty fell into abject poverty during the pandemic and many also were severely impacted by recent storms Eta and Iota. These two storms in 2020 caused landslides, the contamination of water sources, destroyed bridges, roads, the flooding of households, the loss of crops, and furthermore the inability to plant in the following months.  With the increase of floodings and desertification of lands due to climate change, many Central American communities face food insecurity.

Among displaced people and refugees are Indigenous Peoples, who are largely ignored in the migration narrative, denied their Indigeneity, and at the same time criminalized as the rest of the Central American population by the rulers of States United.

In Central American countries, Indigenous Peoples, such as Maya, Xinka, Lenca, Nahuatl Pipil, Miskito, Tolupan, Pech, Tawahka, Cacaopera Peoples experience high rates of human rights violations and make up a large portion of internally displaced persons and refugees outside national borders. In addition to fleeing poverty, violence, and lack of opportunities, they flee from structural racism, the impacts of climate change, and ill-designed trade agreements on the agricultural economy, which greatly impacts their sustenance and food sovereignty.


U.S. Vice-president Kamala Harris’ visit to Guatemala in June 2021, in her first year in government, was important for many sectors of civil society, and especially for Indigenous Peoples. In meeting with Harris, people were able to raise their voices and express their concerns and their proposals for solutions to improve the political, social, and economic conditions of the country, and thus, reduce the high rates of migration to the United States.

Part of the promises of Joe Biden and Kamala Harris’s administration is economic support to rural sectors and Indigenous entrepreneurship through their development arm, USAID.  However, it is important to underline that several authors such as Ricardo Patzan and Jorge Morales Toj have tenaciously argued that this solution is not enough, if trade policies are not modified. Central American countries need to protect and promote an economy that supports the Indigenous and campesino people through agriculture and the commercialization of their products at the national and regional levels.

Trade agreements with Central American countries have allowed the imports of foreign products, gradually eliminating local agricultural economies. Likewise, the economic elites of  Central American countries continue to maintain control of the commercialization of products at national and international levels. The subsistence economy for Indigenous Peoples, campesinos, and Afro-descendant communities must be supported to stop forced migration.  People are forced to migrate as they are no longer able to make a living and provide the basic needs of food and water for their families. Many do not have access to even a high school education and sell their labor for meager salaries or that cannot make a living from their crops due to the ill-designed trade agreements, or due to climate change have lost their crops.

The increase in multinational corporations that continue to seek the exploitation of minerals from  Indigenous territories for the transition to the green economy, the privatization of freshwater sources, and the ongoing criminalization of Indigenous leaders, organizations, and Peoples that protect their territory and natural resources continue to be factors that create the situation where refugees and displaced people migrate to the United States.

Therefore, it is very important that the United States supports substantive changes and among them is the elimination of systemic barriers that interfere with the regenerative economies of Indigenous and campesino communities in Central America. This is strongly connected to working the land and access to land, as well as supporting the self-determination of Indigenous Peoples to govern themselves and manage their public budgets. Finally, it is urgent that the quotas for refugees be raised in the United States as well as in other economically strong countries, in order to respond proactively to the reality that is reaching their borders this and in future years, without criminalizing individuals and families but respecting, protecting, and fulfilling their right to request the protection that they need and deserve.