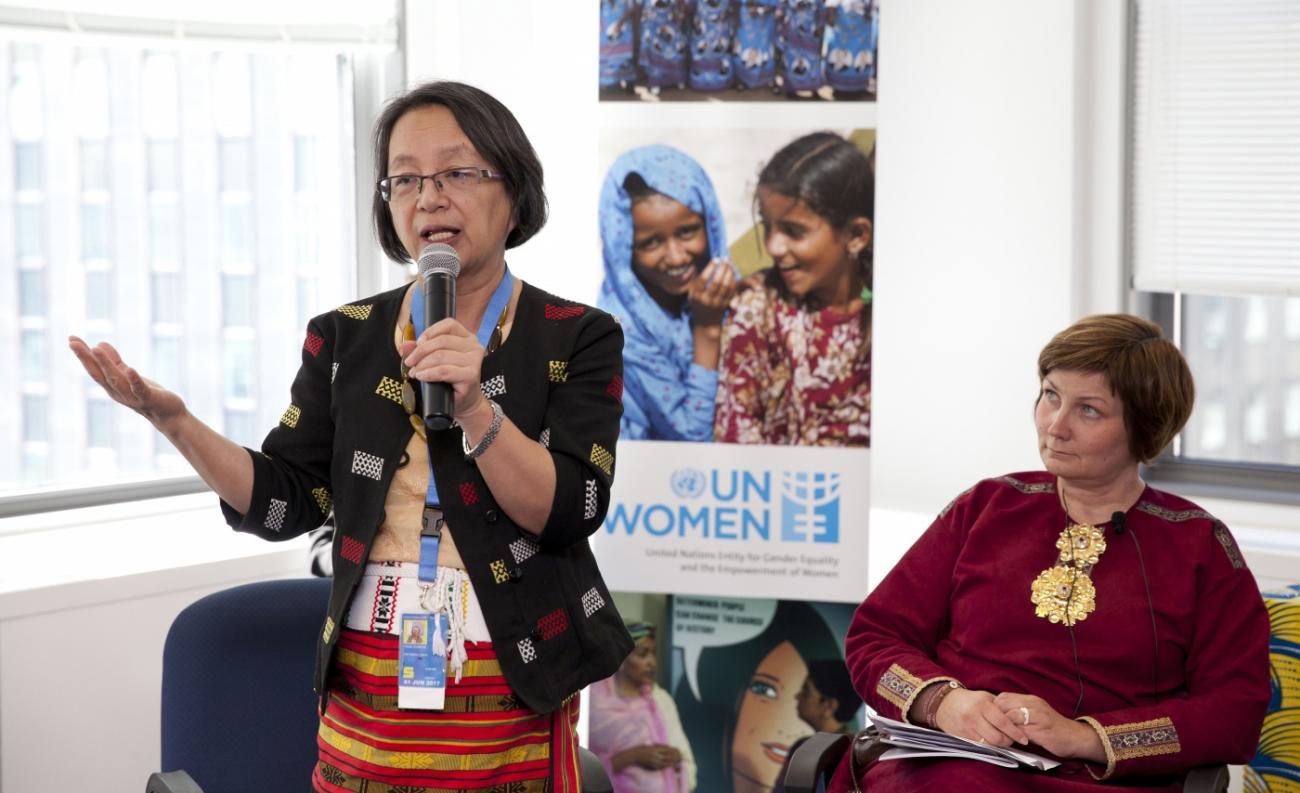 Her report comes as the United States and 10 other countries finalized negotiations over a massive trade deal known as the Trans-Pacific Partnership.  The deal has been strongly pushed by Obama, but will still need to be approved by lawmakers in all 11 countries during votes sometime in early 2016.  For months, little was known about the TPP as the text was kept secret during negotiations.   Neither Indigenous Peoples nor any civil society groups were invited to participate in the drafting of investment agreements which directly impact them.  But according to the Special Rapporteur, these free trade agreements encouraging foreign investment often lead to the violations of Indigenous Peoples rights and compound systemic marginalization of Indigenous Peoples.

In recent decades, there has been an increase in foreign investment in Indigenous Peoples’ lands and waters and the extraction of natural resources from their lands.  Many people believe that an unregulated free market will deliver development, but signing away large tracts of land to foreign investors has never alleviated poverty for a nation’s poorest and most marginalized, nor has it substantially boosted a country’s GDP.  International investment and free trade agreements confer on foreign investors and transnational corporations very strong rights and enforcement mechanisms. However, the rules governing human rights responsibilities are often contained in so called ‘soft’ international law that lacks enforcement measures. The enforcement of these treaties has a detrimental impact on Indigenous Peoples’ rights, especially on their rights to self-determination; to their lands, territories and resources; and to have their Free, Prior, and Informed Consent given for any projects on their lands. Indigenous peoples bear an outsized burden because they are some of the most marginalized people in the world and because many investments occur within their territories.

Rather than ensuring human rights  are protected by including strict and specific social and environmental impact standards, trade deals like the TPP are designed to protect investor’s rights.  “Investor State Dispute Settlement” provisions allow investors to sue countries for what they consider to be lost profits. Arbitration can be conducted without judicial review, and there is no limit to the amount of compensation that can be awarded. The UN reported that in 2014, one country was compelled to pay a total $50 billion to a corporation. Such decisions cannot be appealed and are strictly binding.

The rights protected under trade deals have been interpreted in some cases to mean that any land taken from corporations, even for the public good or to return to its rightful Indigenous owners, must be compensated for at a market rate. Unless Indigenous Peoples are explicitly included as an exception to non-discriminatory clauses, any special protections of Indigenous lands could be rendered void by investment treaties.  Many governments may be unable to afford the cost of reclaiming Indigenous lands from corporations.  In 2011, for example,  a judge ruled that Chevron should pay $8.6 billion in damages for polluting the Ecuadorian rainforest. Chevron is attempting to pursue damages under the bilateral agreement between the USA and Ecuador.  In Peru  as a result of Indigenous protests, the government repealed mining authorization for a Canadian mining company, Bear Creek Mining Corporation, who is now suing the Peruvian government under the investment chapter of the Canada-Peru FTA and appears likely to claim expropriation of its investment. There are signs that Peru may reverse its decision on the mine to avoid lengthy and expensive arbitration and fees.

Investment and free trade regimes can increase inequality between different countries. On average, 78% of the known Investor State Dispute Settlement claims have been brought by corporations against less developed countries. Developing countries are much more likely to be sued under the treaties, and are more likely to lose. The US has never lost a case.

The Special Rapporteur states that this issue needs multilateral action from UN Member States, as well as systemic reform of trade regimes. However, the Special Rapporteur notes that the need for wholesale change should not preclude small steps towards justice that Member States can take on their own. Member States and key stakeholders are becoming increasingly aware of the injustices of human rights violations and systemic imbalances of power within international investment and free trade regimes. She issued the following recommendations to UN member states:

Reform of investment and free-trade practices