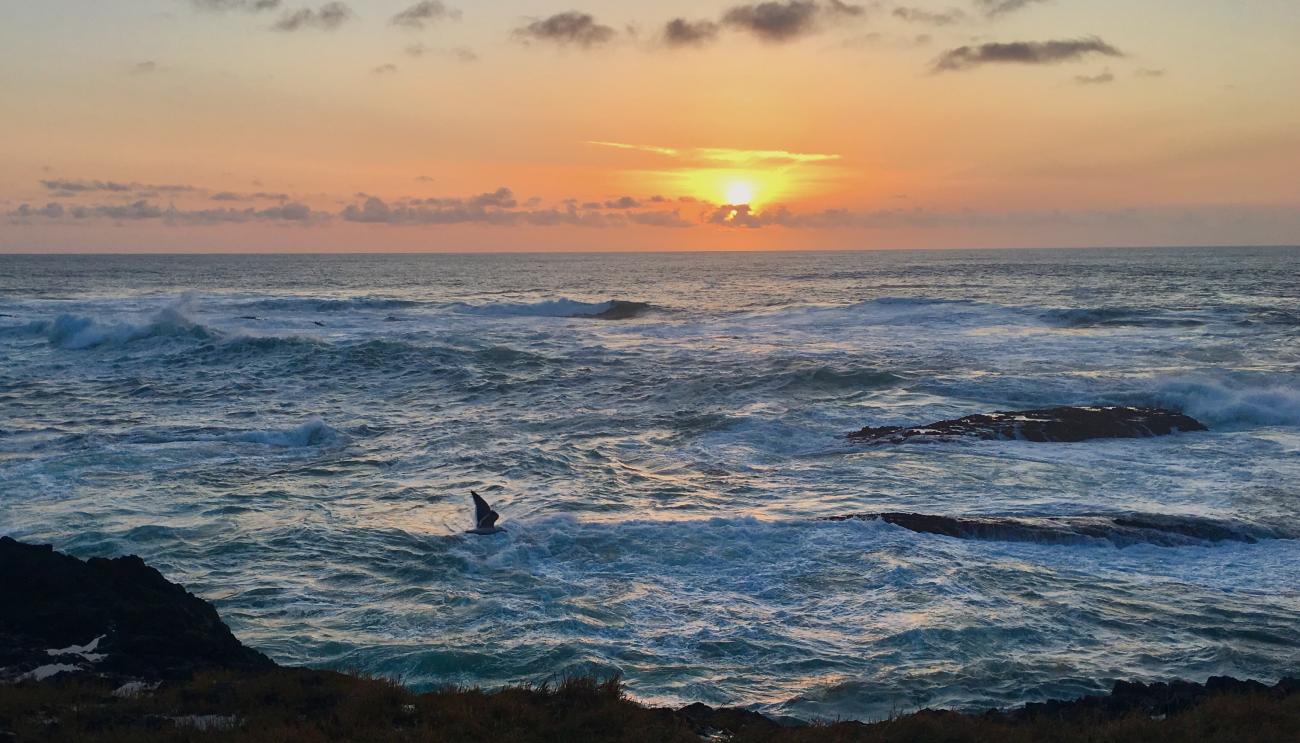 In late December 2018, the United States Navy discontinued its training and testing activities within ocean waters situated offshore from Northern California’s coastline. The operational change applies to a 12-mile-wide area of both state and federal marine waters, from the Mendocino-Humboldt county line to the California-Oregon border. The affected area is the southernmost region of the Navy’s Northwest Training Range Complex (NWTRC) that stretches from Northern California to the US-Canada border. It encompasses portions of several Tribal Nations’ traditional territories.

The Navy made the decision to discontinue its training and testing activities offshore from Northern California following 3½ years of discussions with delegates from the ten Northern California Tribes that comprise the InterTribal Sinkyone Wilderness Council. The Tribes and the Navy entered into a formal government-to-government consultation process in 2015 to address the Tribes’ resistance to Navy training and testing activities within the NWTRC.

The ten sovereign Tribal Nations and the Navy are in ongoing formal consultation to seek ways of ensuring military training and testing within the Tribes’ traditional territories causes the least possible harm to culturally significant marine life, and the Tribes’ cultural places and ways of life.

In 1986, the Tribes established a Tribal consortium, the InterTribal Sinkyone Wilderness Council, to help protect and revitalize traditional territorial lands and cultural ways of life. The Sinkyone Council is facilitating and coordinating the consultation process between the Tribes and the Navy. The Tribes, the Sinkyone Council, and the Navy have affirmed commitment to continued open and meaningful engagement during the government-to-government consultation process. The Council since 2005 has opposed and commented on the Navy’s training and testing activities.

The Navy’s activities in the NWTRC allow for a broad array of training and testing activities, including sonar, test missile firing and aircraft patrols. The Tribes assert these activities cause harm to marine and Tribal life and degrade areas of cultural importance.

The Navy plans to release a Draft Supplemental EIS (SEIS) in March 2019, which is intended to cover the next five-year period of its training and testing program (2020-2025) for the NWTRC. The Navy’s change in operations—to exempt Northern California’s offshore area from future training and testing activities—has been a crucial priority for the Tribes. The operational change is to be explained and delineated in the Draft SEIS document the Navy is now preparing.

The Navy plans to hold public meetings in May 2019, following release of the Draft SEIS. People are urged to attend the meetings in Fort Bragg and Eureka, and to support the Tribes’ concerns. The Tribes and the Sinkyone Council have requested the Navy to structure the meetings to include a public open-mic forum, as provided at the Navy’s previous public meetings.