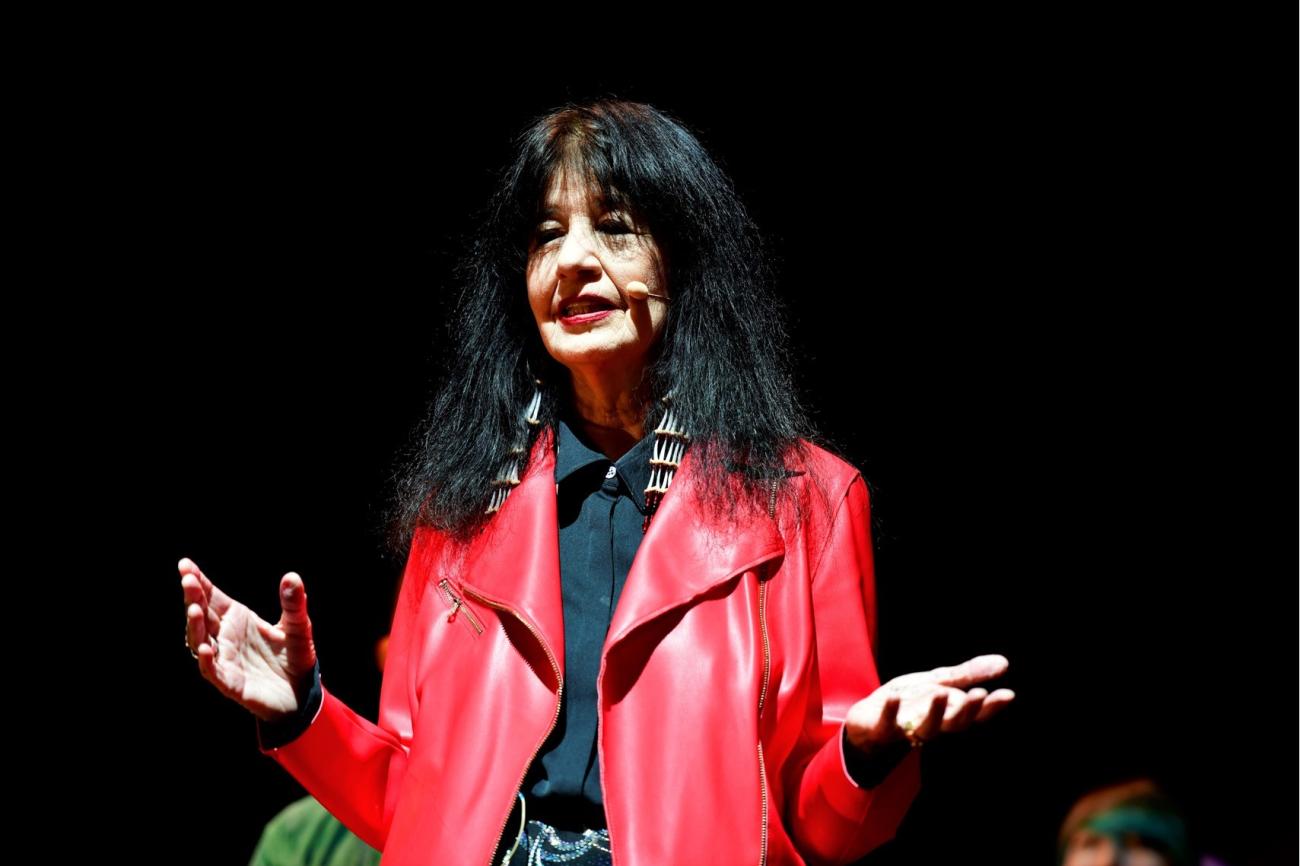 Phoebe Farris: Joy, you recently performed at an anniversary celebration of Purdue University’s Native American Educational and Cultural Center. What is your perspective on university Native American Studies departments and cultural centers around the country?

Joy Harjo: When I was a student there were not many Ethnic Studies programs. At the University of New Mexico, there was a Native American social club, a home away from home. It was named the Kiva. Students held discussions about social justice issues and activism and what was going on among various Indigenous Nations. It is important for Native students to have a place, a home away from home. I have watched the progress of Native American cultural centers around the country evolve, but now certain elements in society are trying to get rid of them or consolidate them with other programs. In my opinion, the University of New Mexico, with all its Native students and the many Native Peoples living in the state, should be the center of Native American cultural centers. But the country is dealing with cultural amnesia and does not want the true history of the USA to be acknowledged. This country was founded on land belonging to Native Nations. We need social equity for everyone, but where is the country going instead?

PF: Your First Peoples Fund bio lists many of your published books, but it left out one of my favorites, “Reinventing The Enemy’s Language: Contemporary Native Women’s Writings of North America.” I love the title so much! It was one of the reasons I was eager to buy the book. Can you share some insights on this anthology and its phrase, ‘Reinventing the Enemy’s Language?’

JH: I wanted the book to be published in 1992 for the Colombian Quincentennial, but it was published later in 1997 because it took a long time for me and co-editor Gloria Bird to work on it. An anthology showcasing Native American women writers had not been done before. It is a living legacy of Native women writing.

PF: One of my favorite quotes in the introduction is, “To understand the direction of a society one must look toward the women who are birthing and intimately raising the next generation.” Another favorite is, “Many of us at the end of the century are using the ‘enemy language’ with which to tell our truths, to remember ourselves during these troubled times to speak, at whatever the cost, is to become empowered rather than victimized by destruction.”

JH: Well, the book included prayers, poetry, short stories, and excerpts from novels that some people criticized for being too personal.

PF: That’s crazy. What about the feminist/womanist statement, “The personal is the political?”

JH: That’s right, thats what Audre Lorde and many other feminists/womanists often said.

PF: Were you able to attend any of the sessions or workshops at the First Peoples Fund celebration other than the stage production you were involved with as a performer/contributing writer? Did you write any of the dialogue for the production besides your own poems?

JH: No, I didn’t attend any sessions because I was too busy rehearsing and the performers always had to be on standby. I did not write any of the dialogue for the actors, but I wrote the music and song for John Williams who played guitar during the stage production of “We The Peoples Before,” and I brought in Wade Hernandez (Menominee) who composed “There is a Story (Land Menominee).” I also brought in Pura Fe’ for the production.The Native southeastern songs she sings, like “Going Home/Stomp Dance,” are part of the origin story of the production.

PF: Is this your first involvement with the First Peoples Fund? How did you get involved?

JH: I have known Lori Pourier and her mom and family for years, and all of the work that the FPF does. I have been involved with the various awards that FPF gives to Native artists.

PF: You lived in Hawai’i at one time. How long did you live there and did you interact with any of the Indigenous Hawaiian writers or activists?

JH: I lived there 12 years.I moved there to be close to the water, not to teach or do anything academic. I joined a canoe club. I knew and interacted with many of the Indigenous Hawaiian writers, including Haunani-Kay Trask and her sister Milani Trask, who is an attorney and an activist.

PF: The first time I saw you in person was in the early 1990s in Chicago at the D’Arcy McNickle Center. I was pleasantly amazed and surprised to see you playing the saxophone during your poetry reading.

JH: That was ages ago! As a child I learned to play on stage. I had a clarinet. My mom wrote songs before she had children. When I was in junior high, girls in the band were not allowed to play saxophones. The music teachers and band leaders were misogynists. Girls were allowed to play flutes, but the flute is harder on the respiratory system than the saxophone.

PF: During the Eisenhower Theater production and the outdoor screening of the documentary “Imagining the Indian,” the audiences were very emotional. People were crying, laughing, clapping, raising fists, touching each other, and leaving the performances looking both exhausted and exhilarated. Have you seen the film?

JH: No, I did not get to see it there but I hope to see it when it is released elsewhere. Before arriving in D.C. I had been to Atlanta to see a Choctaw woman writer receive an award from the Society for Southern Literature. Her name is LeAnne Howe and she won the top award, the Richard Beale Davis Award for Distinguished Lifetime Service to Southern Letters.

PF: Were there many Natives at the award ceremony? Atlanta does not have much of a Native presence.

JH: There were not many Natives there but the conference and award ceremony was well attended. Her award presentation was one of the conference events.

PF: What do you see in the future for Native American women writers?

JH: At my final event as the U.S. Poet Laureate there were new writers organizations in attendance, new writers teaching even younger writers. I feel hopeful about the next generation of Native writers, men and women. This last closing event of my tenure took place in April at the Library of Congress; your readers can find more information about it online. And speaking of my events as Poet Laureate, I was the first poet to play music with my poems.

PF: You are the first in so many ventures! Thanks so much for taking the time to speak with me during what was supposed to be your month off, especially for speaking with me while being with your grandchildren.

Read: "We The Peoples Before: 25 Years of Knowing, Honoring, and Sharing Indigenous America"

Read: "We The Peoples Before: A Conversation with Rick West" 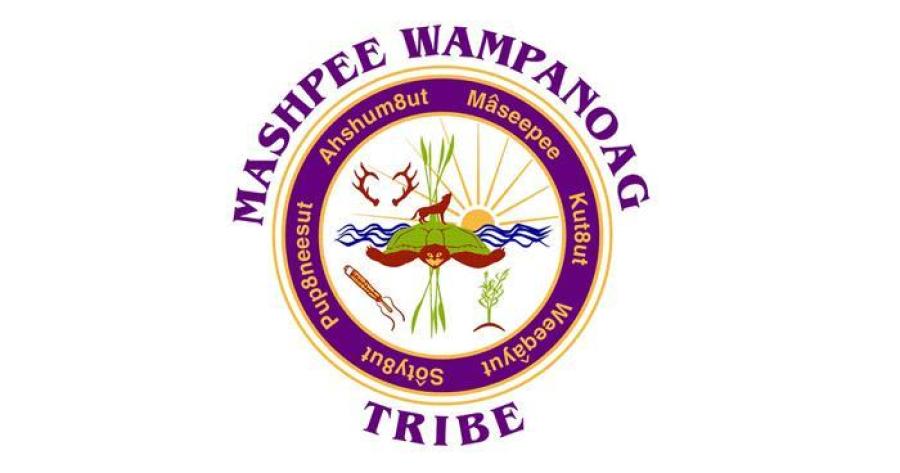 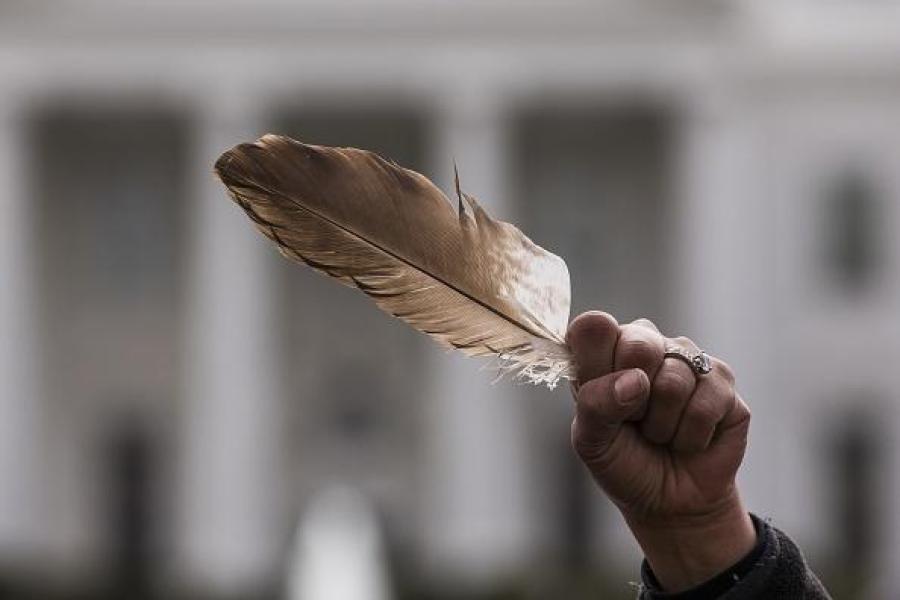 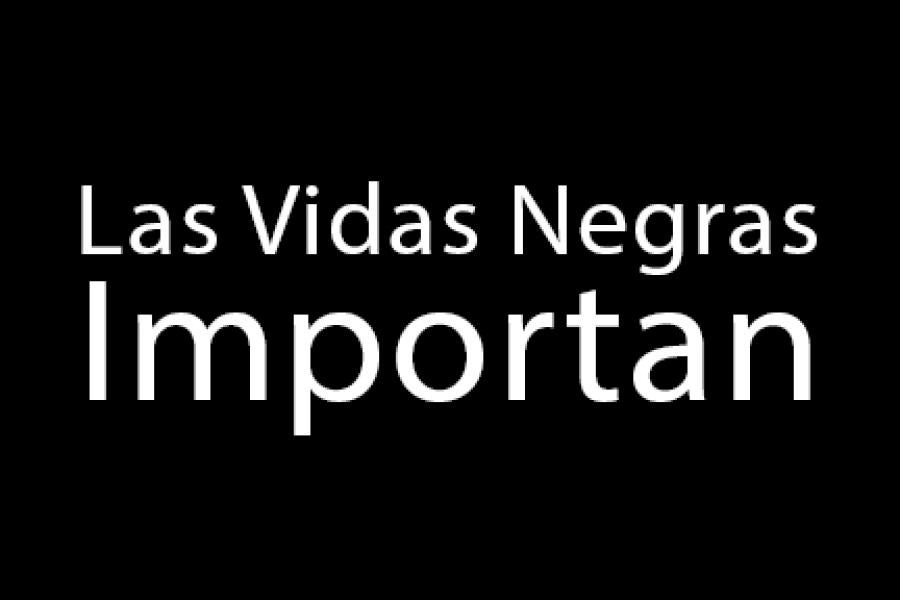