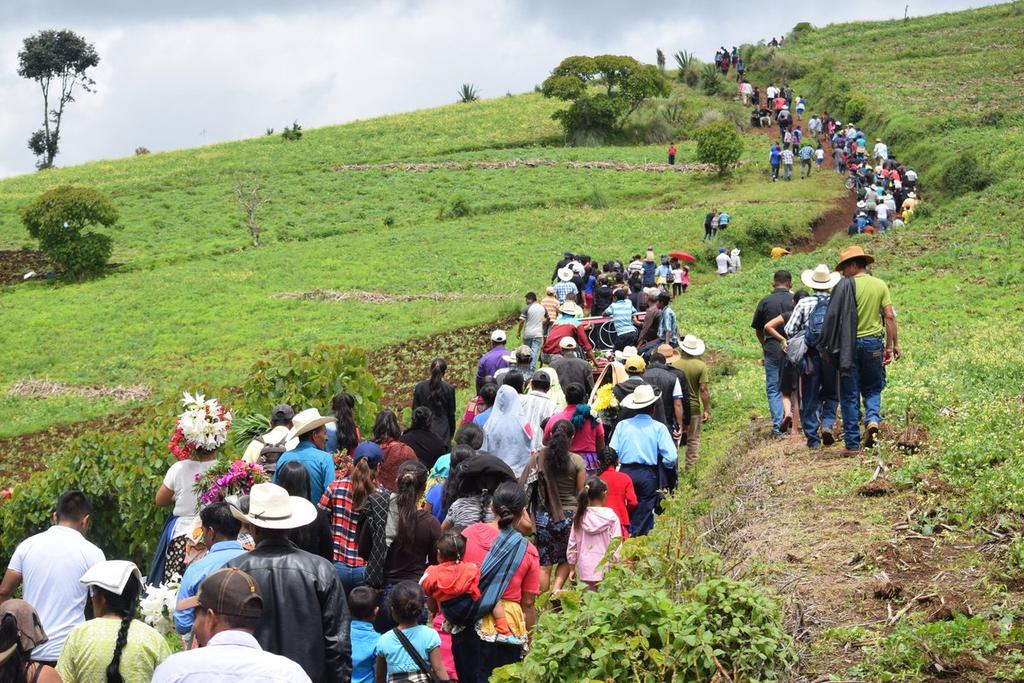 Photo:  CODECA members march to Guatemala City from their communities to march on June 12, 2018. By @GtCodeca on Twitter.

CODECA (by its Spanish acronym) is an Indigenous-led grassroots human rights organization that fights for Indigenous and campesino rights in Guatemala. Its main goals include improving working and living conditions of the rural poor, fighting against exploitative energy companies and engaging in political advocacy.

On June 8, 2018, Francisco Munguia was found hacked to death by machete in the Jalapa region in eastern Guatemala. Munguia, a member of the marginalized Indigenous Xinca nation in Guatemala, was the community vice president of CODECA in the village of Divisadero Xalapan Jalapa.

This comes four days after Florencio Pérez Nájer and Alejandro Hernández García, were found dead by machete attack on June 4, 2018. As human rights defenders for CODECA, they mainly advocated for farmers’ labor rights, land reform and the nationalization of electric energy.

Last month, the regional director of CODECA, Luis Arturo Marroquín, also Xinca, was fatally shot on May 9, 2018 in San Luis Jilotepeque central square when he was on his way to a training of Indigenous women. This came only a week after president Jimmy Morales made a speech that publicly defamed CODECA, which CODECA leaders believe “strengthen[ed] hatred and resentment" towards their organization.

In response to the murder of their colleagues, CODECA issued a press release, saying “While the murder of our friends hurts us dearly, it will never intimidate us. We will fight harder and more united to reach our goals and those of our deceased defenders and friends.”

In a speech from the community cemetery in Xinca territory of Xalapán, Thelma Cabrera Perez, National Director of CODECA, declared,  “What we demand is the defense of our rights and to live a dignified life [and] when we organize ourselves to defend our rights, that is when we are persecuted.”

Victoria Tauli-Corpuz, the United Nations Special Rapporteur on the rights of Indigenous Peoples condemned these murders in an op-ed in the Washington Post last week, calling them evidence of institutionalized racism against Guatemala’s Indigenous Peoples. The UN has also called out Guatemala in the past for its criminalization and imprisonment of human rights defenders. Guatemala has received 17 recommendations from UN member states through the Universal Periodic Review system to combat this wave of violence; for example,

In 2012, Australia recommended Guatemala to:  “Ensure effective and independent investigations into all reports of extrajudicial executions and ensure that reports of killings, threats, attacks and acts of intimidation against human rights defenders and journalists are thoroughly and promptly investigated and those responsible brought to justice’’

On June 12, 2018, CODECA supporters marched in protest to Guatemala City to “demand justice for the murder of their colleagues” and call for the resignation of president Jimmy Morales. They demand a fair investigation into the murders of those killed.

CODECA tweeted, “From the fields to the city, our southern contingency at the Trébol begins to organize. We demand justice for the assassination of our defenders; we demand the resignation of Jimmy Morales, his inept cabinet, and corrupt congressmen.”

CODECA is one of Cultural Survival’s grant partners for the community media grants project, through which it receives support for its radio programs on Indigenous Peoples’ rights, decolonization, and the establishment of a plurinational democratic nation.

Via Amnesty International: Contact Guatemalan Attorney General María Consuelo Porras and share your concern that the Guatemalan government must take the following steps:

For those in the United States, Cultural Survival joins Guatemala Human Rights Commission in asking you to contact your representatives:

Representative Hank Johnson (D-GA) is circulating a letter in congress addressed to the US Ambassador to Guatemala Luis Arriaga.  Rep. Johnson invites his colleagues to join him in asking Ambassador Arriaga to clearly communicate to Guatemala’s new Attorney General Consuelo Porras, who took office on May 17, concern over the growing problems of criminalization of human rights defenders and impunity for their murders, while affirming the need to better protect the land rights of Indigenous and Afro-latino communities.

Call (202 244-2131) or ask your congressional representative to sign Hank Johnson’s letter to the US Ambassador to Guatemala, Luis Arriaga, to communicate the following points to Guatemala’s new Attorney General Consuelo Porras: