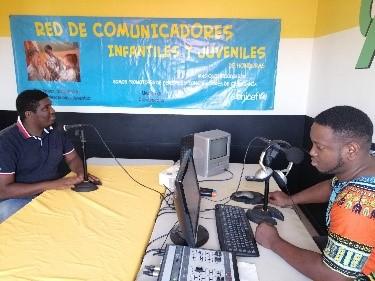 Honduras is a biodiverse region and two-thirds of its territory is covered by mountains and a protected area of 830,000 hectares that is the Rio Platano Biosphere Reserve on the Caribbean Coast, a UNESCO World Heritage Site.

Honduras has a population of 9.3 million according to the 2017 National Census, where the Indigenous and Afro-descendant population comprise 10.5 percent of the total population. The Indigenous Peoples of Honduras are the Lenca, Maya-Chorti ', Tolupán, Pech, Tawahca, Miskitu and Nahua. The Garífuna community, which is an Afro-descendant community, feels connected to the Indigenous communities because their culture is similar to Indigenous cosmovisions and because they too were gravely impacted by colonization and are not a colonizing society. The Garífuna people are also involved the struggle for ancestral land, the protection of resources, the defense of culture and language.

La Organización de Desarrollo Étnico Comunitario (ODECO) is a non-profit organization whose mission is to work with Afro-descendant communities to promote their rights and reduce their marginalization while respecting their cultural diversity. Founded in 1992, ODECO was legally constituted in 1994. It has held 14 national meetings for Afro-descendant youth and 10 for Afro-descendant women. ODECO has worked with Afro-Honduran communities to obtain title to land and has developed 11 master plans for development with Afro-Honduran communities. ODECO took the lead in founding the Central American Black Organization (ONECA), whose mission is parallel to that of ODECO, but whose scope extends throughout Central America. 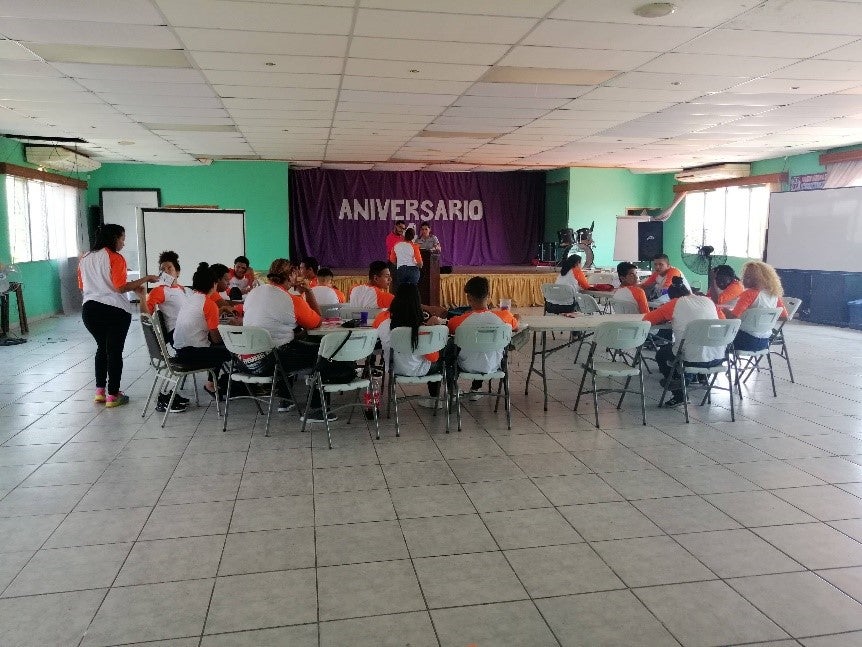 In 2013, ODECO obtained a fifteen-year concession for the operation of a community radio station from CONATEL, serving the communities of Gracias a Dios, Islas de la Bahía, Atlántida and Cortes. Radio ODECO is also part of the Indigenous Community of Broadcasters of Honduras. Radio ODECO, with the support of a Cultural Survival Community Media grant, is strengthening its operations through capacity building of young volunteers in technical skills. Part of the project is to promote through radio international Indigenous rights instruments such as Convention 169 and the UN Declaration of Rights of Indigenous Peoples.

From communal assemblies, the young people trained in communication will implement various projects in their territories to respond to local demands such as health, HIV prevention, sexual reproductive health, human rights, leadership training schools, and even accompaniment in cases of discrimination.

During Cultural Survival's visit to the radio station and organization, we learned that ODECO has historically been the go to organization on issues of discrimination, racism, and xenophobia. ODECO recently filed a lawsuit against a university professor who told his student that blacks were not good at studying architecture. ODECO also influences public policies and advocates for reforms to Honduran legislation.

“We provide consultation on legal cases, environmental conservation, multicultural education, public policies, and strategic alliances. The actions come from the assemblies themselves. In all of the Afro-Honduran communities, there are 64. ODECO helps us deal with conflict or to obtain regional attention,” commented Karon Yimene Calderón and Edwin Alvarez, executive members of ODECO. 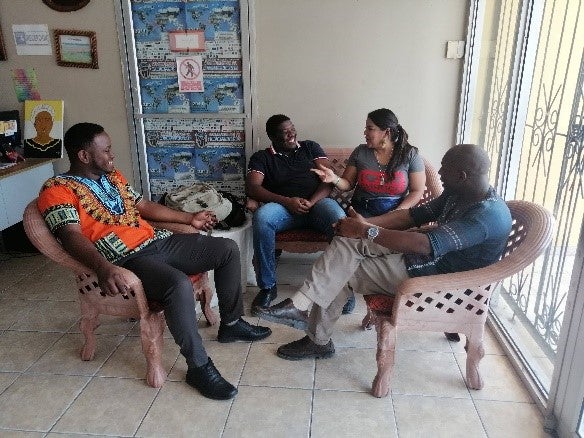 Teresita Orozco of Cultural Survival, after arriving at Ceiba and walking through the streets, stated,  "I had the opportunity to speak with people and they speak very fondly about ODECO and their work. In one of the taxis that I took, I could hear that they are also tuning in to the radio station.”

Cultural Survival is pleased to support a Garifuna community radio station that also defends the land, territory, and the valuable resources in Honduras and makes political alliances with the Indigenous Peoples so that the collective rights of the Indigenous and Afro-descendant communities are recognized and fully implemented.