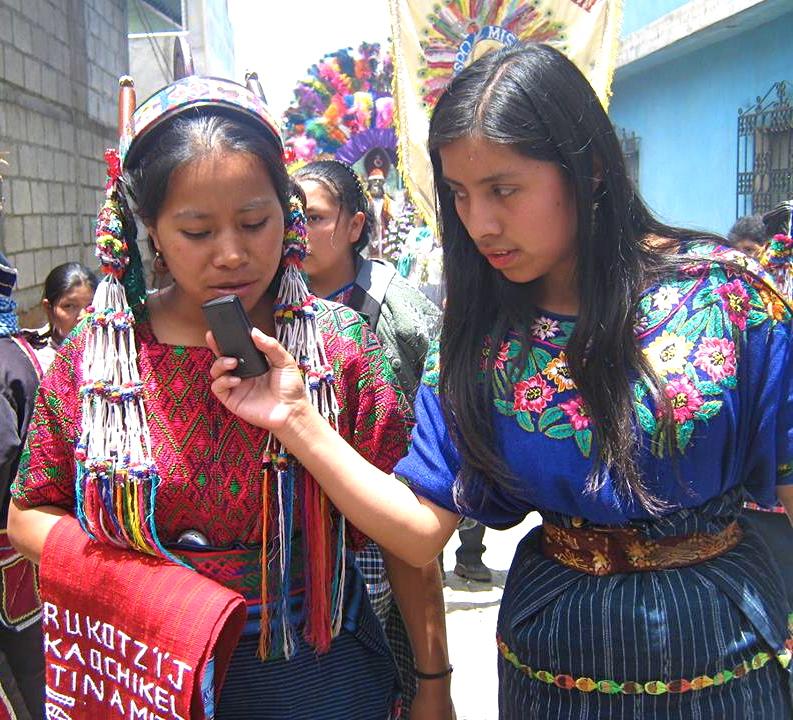 On August 11, 2013, Radio Ixchel, one of the most successful community radio stations in our Guatemalan community radio network, is celebrating 10 years on the air. Radio Ixchel is located in Sumpango, Sacatepéquez, a quaint municipality located about 45 minutes from the nation’s capital, Guatemala City. The station is located at one of the highest points in this hilly village, allowing it to broadcast to the entire 45,000 inhabitants of Sumpango. Over the past 10 years, the station has had unwavering support from the community, which has allowed it to remain a self-sustaining and flourishing project. The festivities this weekend are being held as a big “thank you” for all of this community support.

The view of Sumpango overlooking the central park.

The celebrations that are being planned for this upcoming weekend will be the largest in Radio Ixchel’s history. They are expecting approximately 1,000 guests, all of whom are financial supporters of the radio and their family members. The planning for this event began 5 months ago and the radio volunteers are completing all of the final touches this week. A nationally famous Guatemalan marimba band, “Marimba Orquesta Los Conejos” will be performing for the event on Sunday. A group of Mayan priests who are vehement supporters of the radio have offered to provide the food for the event as a show of their appreciation for all of the work that Radio Ixchel has done for the municipality over the last ten years. The entire event will be broadcast live on the radio, including the popular Marimba music, and many speeches and toasts thanking the community for it support.

A Mayan ceremony was performed las weekend in honour of the event, and a mass at the catholic church will be taking place this Saturday as well. During these ceremonies, they will be asking for blessings and for positive energy for not only the event, but for the future of community radio in the country as well.

Our team at Cultural Survival/Sobrevivencia Cultural are sending our best wishes to the team at Radio Ixchel for their anniversary. This is a radio station that has been fighting over the past 10 years to provide their community with educational and culturally relevant material. They have a team with a majority of women and youth, and can always be relied upon to provide their community with unbiased, up-to-date news and information. We celebrate 10 years of Radio Ixchel, and hope that one day,  this community radio station that truly understands the importance of putting the “community” in community radio first, will be able to broadcast without fear of raids or being shut down.