Daniel Ortega will continue in his third consecutive term as President of Nicaragua after being reelected on November 6, 2016, this time accompanied by his wife, Rosario Murillo, as his Vice-President. Ortega also previously held the presidency of Nicaragua in 1979 as leader of the Sandinista National Liberation Front, or FSLN as its Spanish acronym, after supporting a popular revolution against the then dictator Somoza who held power for 45 years.

Today, Ortega is called by his opposition and by many of his former allies in the FSLN as the “new dictator” and criticized for violating Nicaragua’s Constitution.  In 2014, Ortega pushed a constitutional reform that removed term limits for the presidency. The Constitution still bars candidates who are relatives, but a decision in the Supreme Court has allowed the husband and wife duo, saying that a spouse does not qualify as a legal relative.

Ortega has also, however, brought in his children as diplomats and advisors. At 71, Ortega has spent the last ten years consolidating power. “The pacts made with what were some of the major political forces like the Partido Liberal Constitucionalista, the PLC, was what has permitted Ortega to have such a domineering leadership of congress people in his favor, allowing him to change laws and policies in Nicaragua at his whim. He controls the employees of the state, and the rest of the population of Nicaragua through his cronyism and abuse of power,” related Marcos Carmona, legal advisor to the Nicaraguan Center for Human Rights.

Ortega’s Relationship with Indigenous Peoples
Nicaragua is home to seven Indigenous ethnicities. In the central Pacific and North  regions are the Chorotega, Matagalpa, Sutiaba, and Nahoas Peoples, while the Atlantic coast is home to the Miskitu, Sumu-Mayangna, and Rama Peoples.

A strategic step was taken by the Ortega administration regarding Indigenous rights at the beginning of his mandate in 2007, when Nicaragua voted in favor of the UN Declaration on the Rights of Indigenous Peoples, and in 2010 in the ratification of Convention 169 of the International Labor Organization, guaranteeing Indigenous Peoples the right to be consulted before any development projects take place on their land.  But many of these rights have lacked implementation, or as Indigenous leader Lottie Cunningham explained using a Nicaraguan expression, “are stuck on wet paper.”

Although Ortega hails from Chorotega territory, he does not identify as Indigenous, nor does he demonstrate interest in hearing the demands of the Indigenous communities of Nicaragua. “In almost ten years of his presidency, he has not held a single meeting with Indigenous authorities that have been demanding to be heard,” noted Cunningham.

It is important to recognize the historical context of the relationship between the long-time leader  and Indigenous communities in the Atlantic coast. After the revolution of 1979, the Sandinista government, under leadership by Ortega during his first political stint, began attempting to incorporate Nicaragua's Atlantic Coast into the revolution. Under the previous Somoza regime, perhaps as the result of neglect rather than a strategized policy, residents of the Nicaraguan Mosquitia lived in relative autonomy from the government. The Sandinista resolve to incorporate the Atlantic Coast into the revolution created resentment on the part of many Atlantic Coast inhabitants who felt that the revolution was not their own, but was imposed upon them by revolutionaries from the country's interior. This resentment was further exacerbated by historical tensions between the Miskitu populations that are Protestant and speak English (as a second language), and the majority of Nicaraguans who live in the interior, who are Catholic and speak Spanish.  The Miskito eventually took up arms against the Sandinistas, joining forces at times with the US-backed counter-revolutionary forces, the “Contras.”

To appease the Indigenous resistance, in 1987 the FSLN created autonomous regions of the North Atlantic and South Atlantic, known as the RAAN and RAAS. The framework for these autonomous regions was based on a new constitution and Statute on Autonomy, Law 28. But, many argue, it was an autonomy granted with deep strings attached.

Threats to the true autonomy of the Indigenous Peoples have been surging in recent years. There is the invasion of “colonos” or people of non-Indigenous descent moving into Indigenous territories. There are the plans for construction of an Inter-Oceanic canal without the full Free, Prior and Informed Consent of Indigenous Peoples who would be affected, particularly the Rama. And recently, there was the throwing out of election results after long-time Indigenous leader Brooklyn Rivera won a seat as a congressman in the National Assembly.

The FSLN accused Rivera’s supporters of voter fraud, saying some had voted twice, as well as accusing Rivera of being involved in the sale of autonomous Indigenous land to non-Indigenous residents. But supporters of Rivera’s Indigenous movement, Yatama, dismissed those charges, and demanded respect for the results of their popular vote. Some took to vandalizing a local political office in a display of opposition. Eventually, the Ortega administration decided to respect the original election results and Brooklyn Rivera will take office in 2017.

“My expulsion from congress was used to create divisions within the party. The accusations against me had no basis. Now that I am officially re-elected for Congress by the vote of Indigenous Peoples, I feel vindicated. We will enter into congress following the fight for the defense of the people...The only way to have power in Nicaragua is through the electoral system and through political parties. We need to participate in elections, gain votes, and bring an answer to the demands of the people. Otherwise, we will forced to beg and plead for the whim of governments and parties, and that is not how we can move forward in this fight,” he continued, adding that Yatama is an Indigenous movement, not a political one, but has opted to engage in politics to the end of achieving the el buen vivir for communities.

The majority of natural resources in Nicaragua are found within Indigenous territories, as is the case with the Bosawás Nature Reserve. The Reserve, considered the lungs of Central America and which, for a number of years now, has been devastated by deforestation while government officials look on. “We the Council of Elders, are not opposed to any particular government or political party; we just want the law to be respected. We are human beings, just like non-Indigenous, but we have our way of life, and our own way of seeing things. We are the stewards of this land and we want that to be respected. Today, as a result of a disrespect of our Indigenous Rights, there is a war between colonos and our people. And this is something that the government is disregarding,” shared Williston Salinas Francis, member of the Elder’s Council of the Miskitu People.

Rocha added that the government created an “Environmental Battalion” with the participation of the Nicaraguan army, but that the forces were used as a mechanism to protect its own interests. “It protects those who are destroying the environment, like Alba Forestal, a logging company that sells and exports precious types of wood growing in Bosawás, the lungs of Central America.”

The perspective of Rocha Castillo is shared as well by Marcos Hoppington, from the National Commission on Land Titling and Demarcation, who was recently quoted in the national newspaper La Prensa saying that Indigenous leaders often have a difficult time obtaining the permits to harvest wood from the Bosawás forest, but when a logger asks to do so accompanied by a letter from Alba Forestal, the government extends an “expedited permit.”

The Indigenous Peoples of the Central Pacific and North, (PCN) are particularly marginalized from mainstream politics in Nicaragua. Edwin Castro, leader of the FSLN party in congress,  referred to them once as a “utopia”. Humberto Hernández, leader Chorotega and president of the Council of Indigenous Peoples of Jinotega, said “Castro’s characterization shows a lack of respect and disregard for Indigenous Peoples. It reflects the general opinion of what the government does and feels about us.” Hernandez explained that there has been some progress towards recognition of their rights- for example in the protection of their ancestral lands, but at the end of the day, many of the agreements achieved are left unimplemented. Hernandez explains, “In Jinotega, nothing gets done without the blessing of those above. Our Indigenous community has solicited audiences with State officials regarding the lack of payment for our land taken to create the Apanás reservoir for a dam on Indigenous territory, but there has been no response. This is a clear demonstration of a violation of our authority. As well, we have people posing as title-holders of land on our territory, knowing full well that it is impossible to sell land that was taken illegally… but the government is not concerned about that.”

Abstention as an Act of Civil Disobedience

Miskitu leader Lottie Cunningham explained her reasons for not participating in the election on November 6. “Personally, I decided not to vote as an act of civil disobedience, because the state of Nicaragua has not complied with the international human rights standards that guarantee respect for the rights of Indigenous Peoples. What’s more, we don’t trust  the Supreme Electoral Council which was contributed to the perpetuity of the Sandinistas by doing them favors. For example, when they denied the issuing of ID cards to Indigenous Peoples who were not members of the government party, among other things.”

Humberto Hernandez also chose not to participate in the election: “Those who are patriots and good children of the Earth should eminently reject the reelection of a person for the third time consecutively. In Nicaragua, there are many men and women capable of leading our country to its destiny -- not just one man, who operates through influence peddling at the cost of misery and hunger of the people, who uses using the taxes and debt of the masses to allow the few to benefit.” 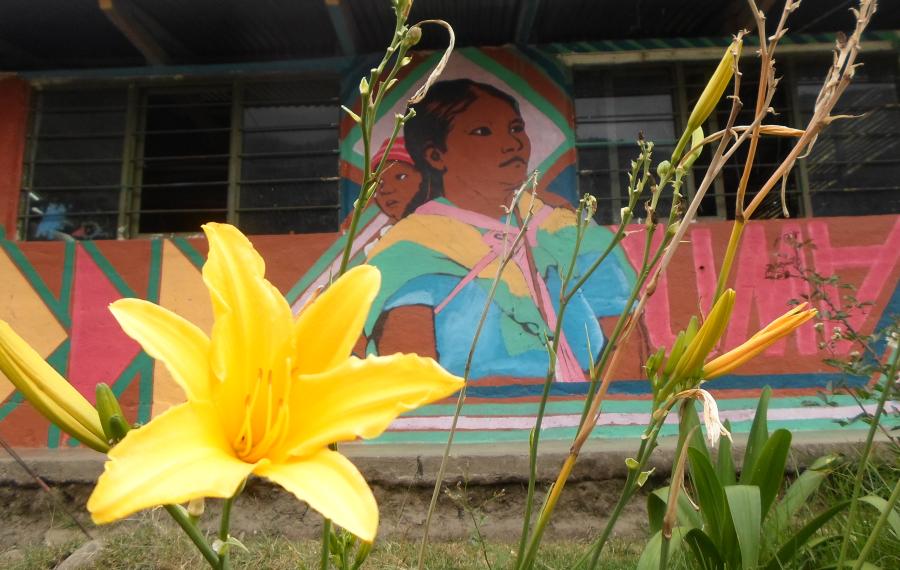 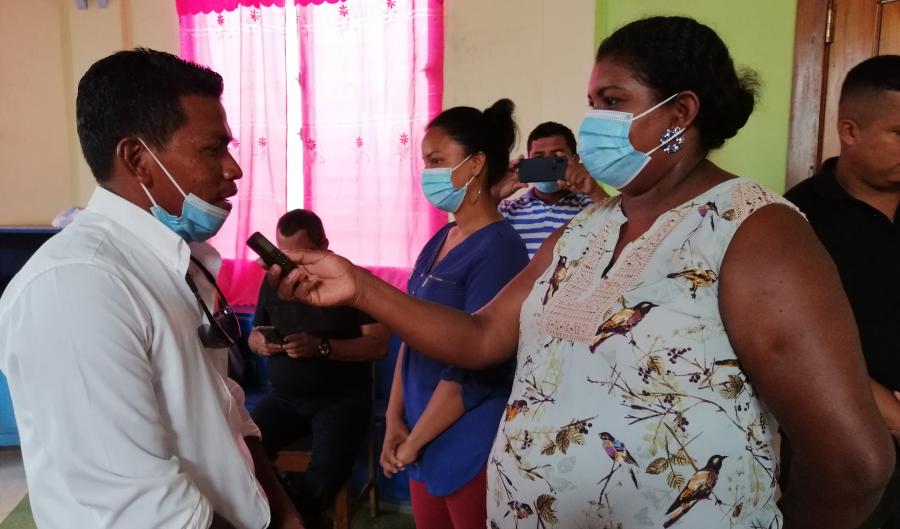 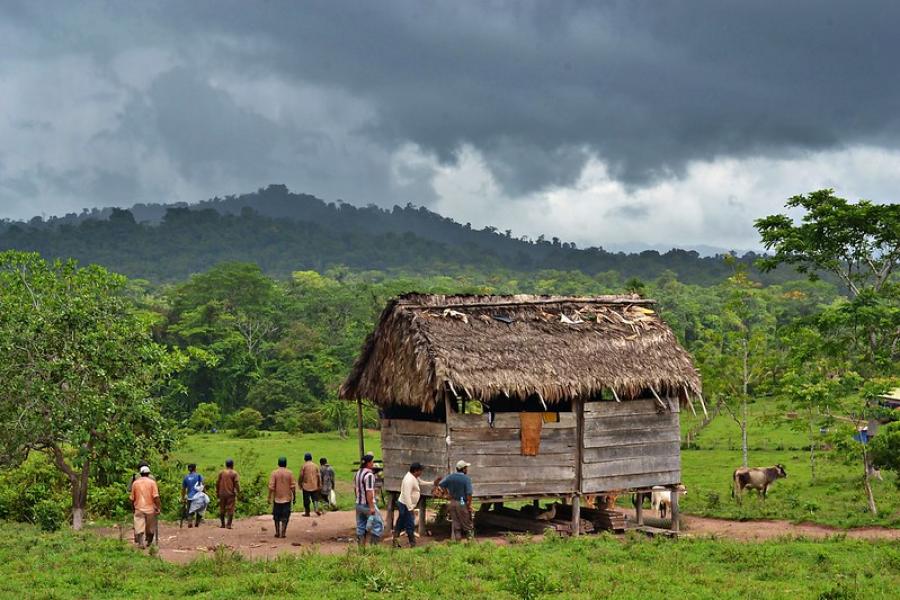