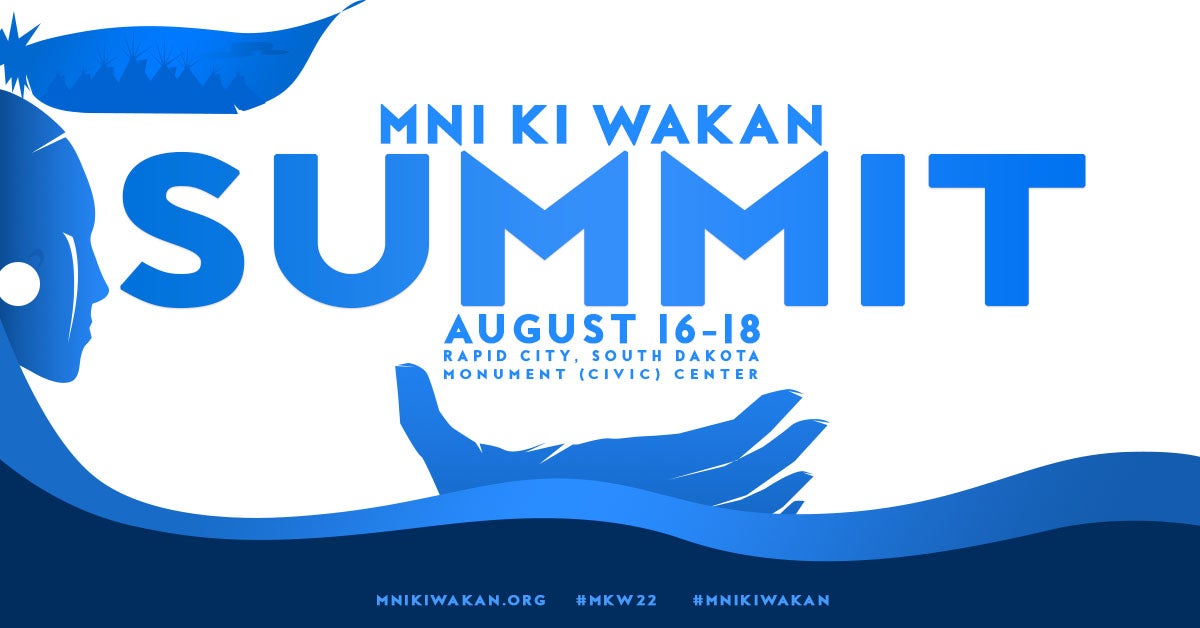 Mni Ki Wakan seeks to connect the Indigenous water map, amplify Indigenous voices on water, and build an MKW Ecosystem that brings together the critical water work of Indigenous Peoples and youth—increasing and opening access to meaningful connections, approaches, knowledge, and creation of opportunities for the future of water.

All too often, the western water sector and broader paradigm have excluded Indigenous Peoples, the first and original water stewards in the world that continue to maintain the longest-standing water ethics and governance systems. We believe it is long overdue for Indigenous Peoples to be heard at multiple levels. We are holding the Mni Ki Wakan Summit to help amplify Indigenous voices by centering Indigenous water innovation and collaboration.

--Wakinyan LaPointe is a Sicangu Lakota citizen of the Rosebud Sioux Tribe and Co-Convener of Mni Ki Wakan.