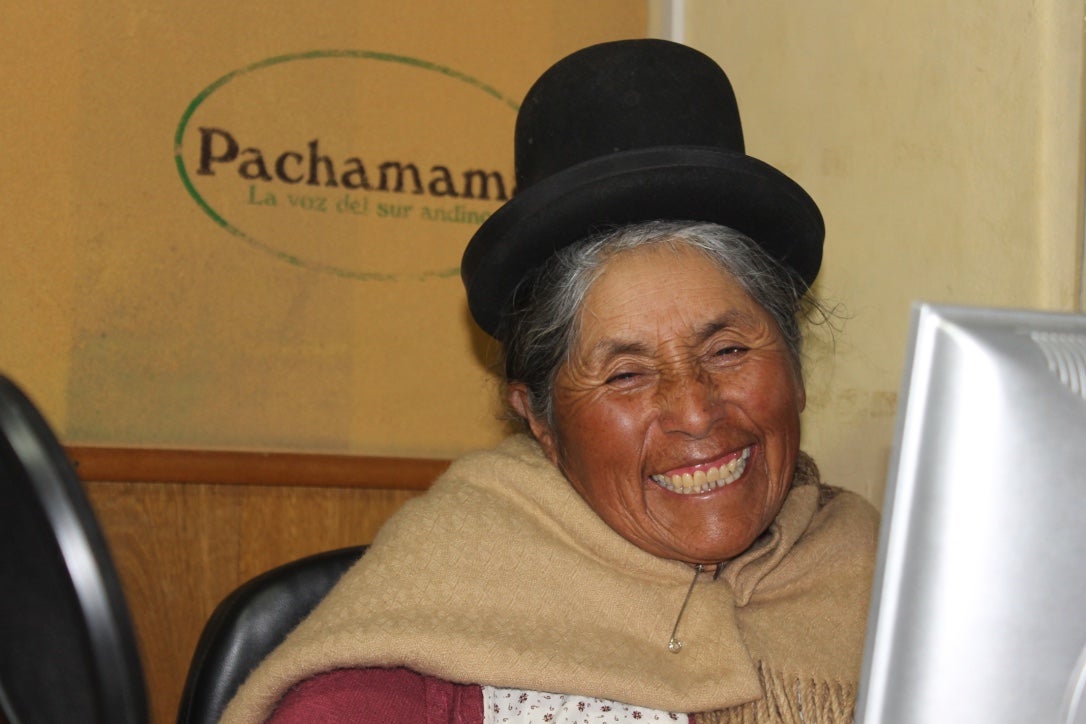 
Every person who talks about Rosa Palomino says wonders about her. This Aymara communicator left a profound legacy. Palomino died on March 22, 2022, in a tragic accident. Her sense of humor, her passion for communication, and her great love for Indigenous communities made her a role model in Peru. In 2017, Cultural Survival’s former staff member Angélica Rao wrote about her: “There are few people who really light up a room of hers with her presence. Rosa has a smile and a light in her eyes that energizes and inspires. Her tireless work promoting the rights of Indigenous women in rural Aymara communities is a reminder of the potential to overcome adversity when you are dedicated, optimistic and genuinely care about your cause.” 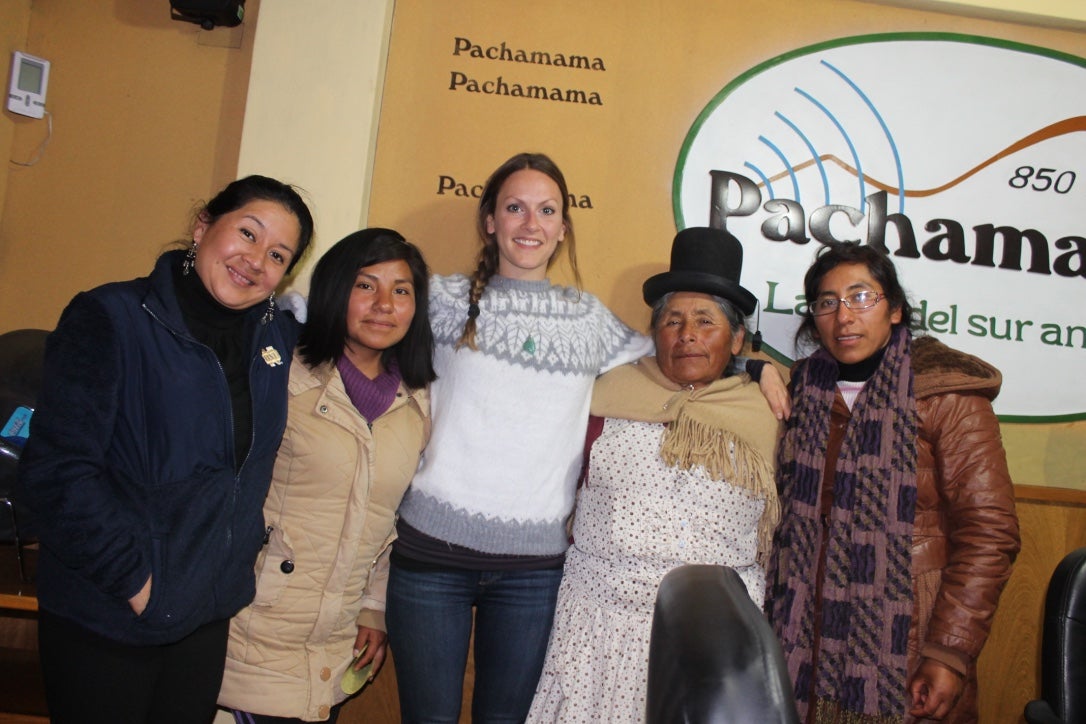 Rosa Palomino was born in the community of Camacani, Platería, Puno, near Lake Titicaca, on March 11, 1951. She came from a large family and although her living conditions were difficult, she had the desire and dedication to study and become a community activist. At the age of 15, Palomino learned Spanish as a necessity in the face of the discrimination she suffered after migrating to the city and speaking only Aymara. Perhaps motivated by this experience, she decided to help other Indigenous people to defend their rights, thus beginning her journey in activism.

Traveling to rural areas, Palomino became a voice that promoted the rights of the Indigenous Peoples, Aymara language, women, and children, as she collaborated with the Wawa Uta, a community organization that works to secure housing for Aymara children and mothers. Palomino wore out her shoes from walking so much, but on her face, she never lacked a smile for those with whom she shared it. Her fight for various causes led her to visit Germany in the early 1990s where she had the opportunity to participate in an exchange between German and Ayamara campesino women.

After the late 1980s, her interest in radio materialized when she became the first Aymara woman broadcaster. Rosa reached Indigenous communities through radio, in her mother tongue. In front of her microphone, she "bloomed," just like the name of her program "Wiñay Pankara" which in Spanish means "Always blooming." Her programs always maintained an educational and cultural focus, but also a political and advocacy one, because the needs of her community and of women were discussed, and she debated solutions. As she said: “Communication is the backbone of society,” and for this reason, she fought to involve women in radio. 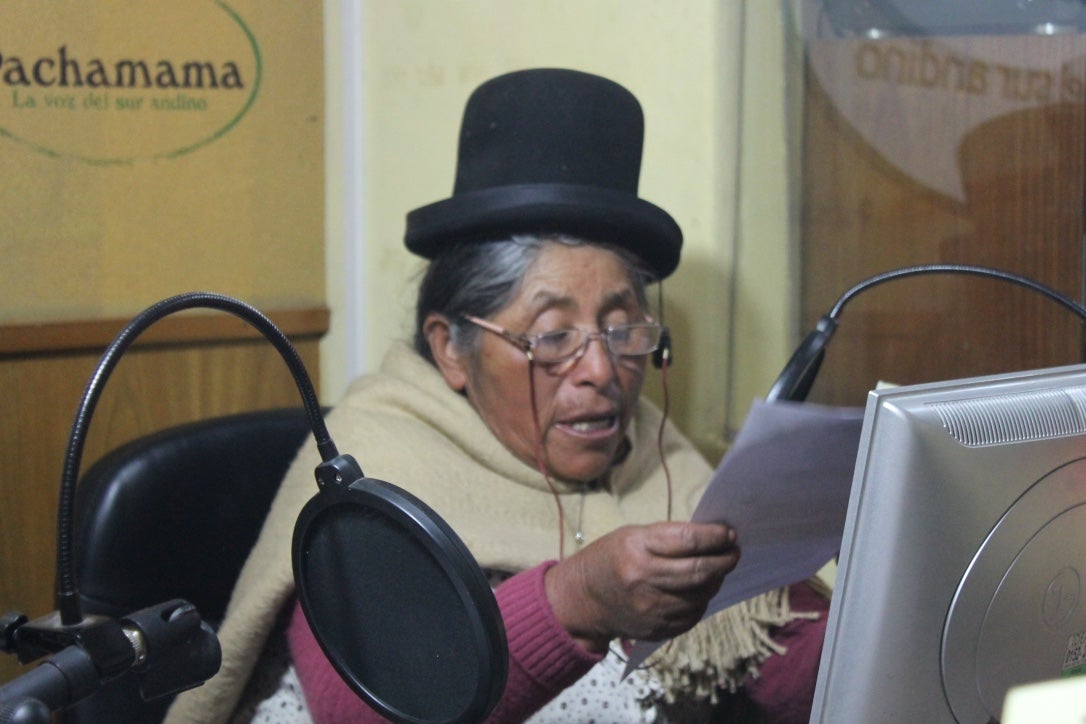 Rosa Palomino said what many do not want to hear and spoke of equality because she truly believed in it. Even when she faced her own society, marked by machismo, she insisted on educating her community on the subject, as she mentioned in an interview: ”I cannot tell you that the gender issue is already there, it is a constant process, there is resistance, but we will always continue to leave these struggles to our daughters, our granddaughters. We have verified it with our grandmothers who have fought, we have fought for land, territory, our services, but also on the issue of women.”

On March 8, 2021, in commemoration of International Women's Day, the book "Mamá Rosa, Aymara Woman" was published about Rosa Palomino's life, career, as well as her challenges, and struggles. The book promotes not only Palomino’s work but also women's rights, giving voice, especially, to rural and campesino women.

Palomino participated in and organized countless radio programs, forums, meetings, conferences, groups, and networks in the United States, Ecuador, Spain, Bolivia, and Chile. Although these experiences filled her with pride and undoubtedly provided her with great learning, Palomino never forgot her communities by providing education, training, and support. Her dedication to her community and communications made her one day say: “I am going to stop talking when I die; I'll keep talking for now." However, Palomino was wrong about this, because she will continue to speak and be heard even after her death through all the people whom she filled with light with her charisma and leadership. 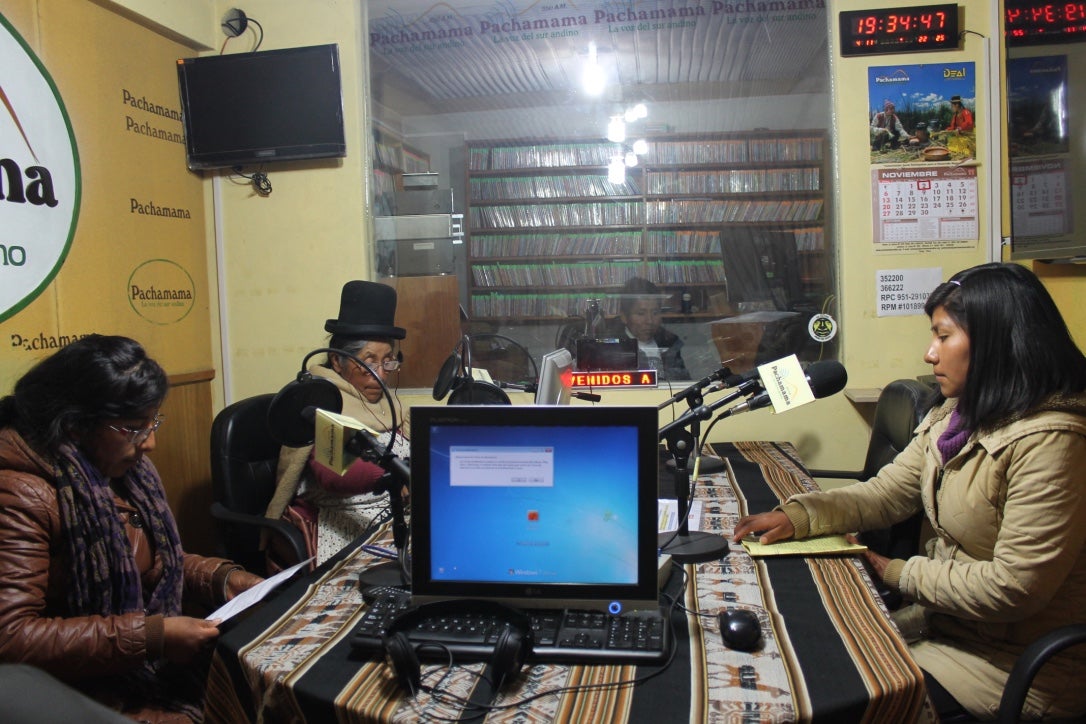 “Rosita left physically, but she leaves great elegance and her spirit continues with the Aymara Peoples and the Indigenous women in Latin America. Her energy and enthusiasm for communicating and revitalizing cultures and for promoting the participation of women according to the Aymara worldview were admirable. I met her at the United Nations Permanent Forum on Indigenous Issues and then I visited her at Pachamama Radio in Puno, Peru. Her ability to guide a group of women communicators and carry out a quality program focused on Indigenous Peoples is an inspiration in our work supporting Indigenous communicators and radio stations,” says Avexnim Cojti (Maya K’iche’), Cultural Survival Director of Programs.

Rosy González (Maya Kaqchikel), Indigenous Rights Radio Program Manager, states, “I remember having met Rosa Palomino in a session of the UN Permanent Forum, at first sight, I was impressed by her presence and demeanor with her Aymara dress and her cheerful and charming spirit. I approached her to interview her and that was where I met her wonderful community communicator and learned about her career in the field of communication that provides spaces for young and adult women through radio productions and community radio programs. I clearly remember her words in the interview: ‘We, women, have to work together with our husbands, we have to be fair, because together we can achieve many things, we should not divide or fight.’”

Some of the women who received training from Palomino, like Yovana Callomamani shared, “Sister Rosa, I thank you and Sister Yeny, because you have given us the opportunity to learn. I think this is the first part of the training and I want to continue with the courses that helped us a lot in my personal life.” Maritza Gimenez said, “The workshops that UMA has organized are very important because thanks to them and the people who train us, we have learned to lose our fear. We have known Sister Rosa for years and she always cares about us.” Elvira Ari Ramos commented, “We have always worked with Sister Rosa Palomino. For years, we have worked in the communities and that is why we ask Cultural Survival to support and organize more workshops to continue educating our sisters in the communities.” 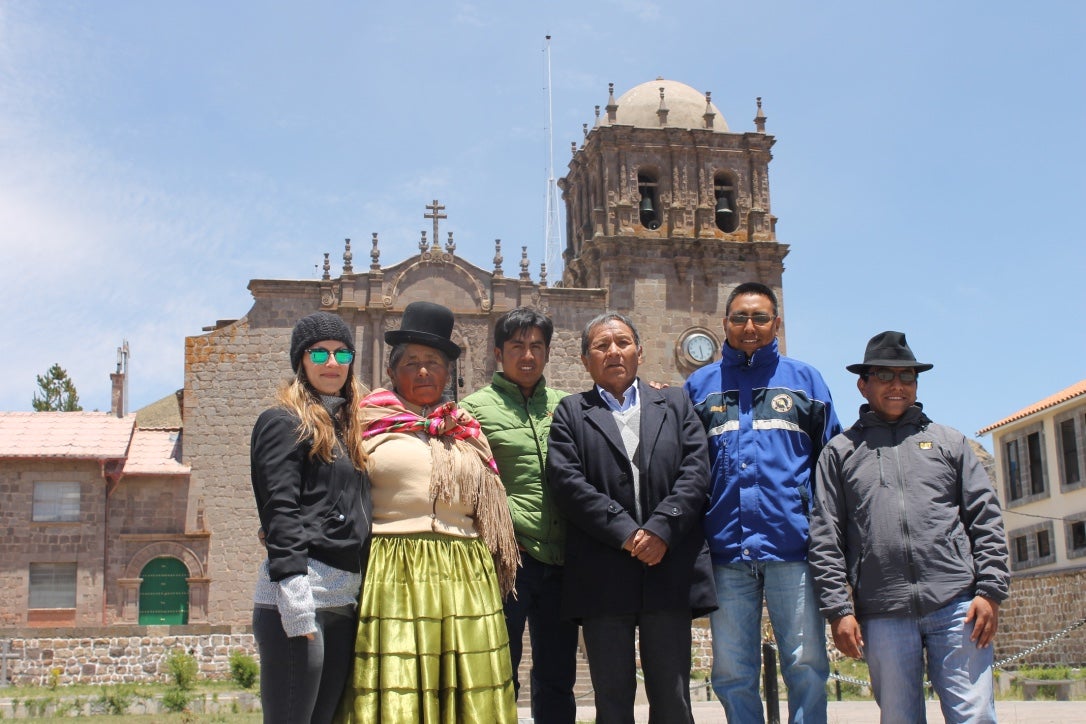 Read a previous article about Rosa Palomino here, listen to a radio program with Rosa in 2015, and watch her panel presentation at a recent language conference organized by Cultural Survival in 2021.