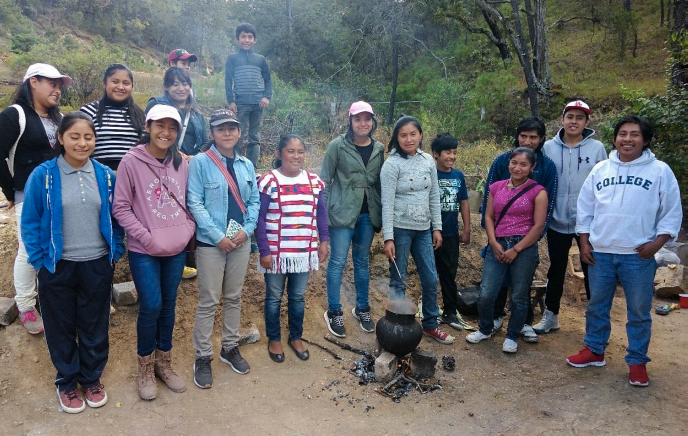 The Mixtec are the third largest group of Indigenous Peoples in Mexico. The Mixtec community of Santa María Cuquila in Oaxaca, Mexico call themselves the Ñuu Savi which translates to "People of the Rain." Mixtec transnational migration is the phenomenon where Mixtec people migrate from Mexico to the United States. The pace of Oaxacan migration is accelerating due to reasons such as poverty, drought, and lack of employment opportunities. As of 2011, an estimated 150,000 Mixtec people were living in California. Additionally, the loss of ancestral knowledge in the Santa María Cuquila Indigenous community is largely due to the difficulty of accessing plants of cultural importance, which contributes to this increasing trend of Mixtec migration.

Founded in 2017 and based in the Santa María Cuquila community of Oaxaca, Mexico, The Yuku Savi Collective is committed to reducing the migration number of young Mixtec people through the generation of self-employment and the revitalization of culture and traditions as a defense of Indigenous Peoples. The Collective creates alternative work opportunities in Oaxaca to encourage Indigenous youth to stay in the community and strengthen their economy and culture. They also seek to generate comprehensive plans for the management of their forests and promote the sustainable use of plants of cultural importance. The Yuku Savi Collective led a project to recover plant species of cultural importance while strengthening the communication between young people and the elderly in the spaces created for the exchange of experiences and knowledge. 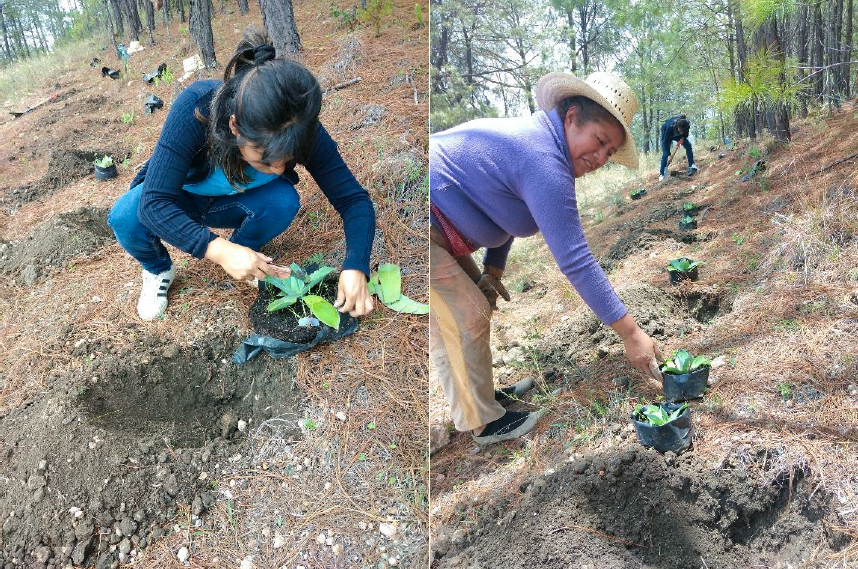 The project started with the collection of ticunchi agave, agave pulquero, and cucharilla seeds. They then proceeded to begin the compilation of compost of mount, sand, and sawdust to prepare the substrate where the seeds would germinate. A process of transplanting, watering and fertilizing the seeds began. 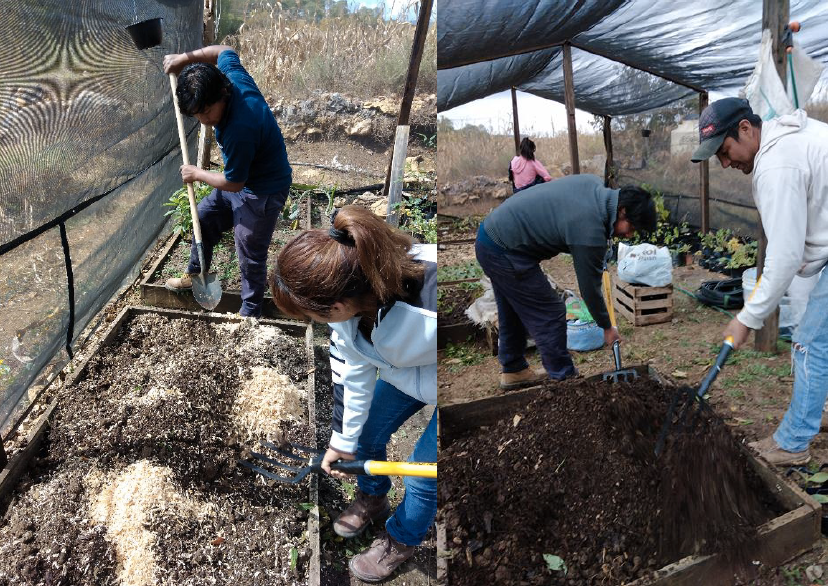 The Yuku Savi Collective also held workshops for the transmission of cultural knowledge of the agave pulquero, the ticunchi agave, and the cucharilla plants. One workshop was held at the home of Teresa Hilario where Crisanto Santiago shared his knowledge about the infiltration of the pulquero maguey plant to obtain the natural agave juice. During the process, community members were able to observe the way in which he cut the stalks to gain access to the center of the maguey plant with a machete that his father left him as an inheritance to carry out this work. Santiago removed the maguey pieces to form a small opening where the honey water was concentrated and able to be collected. Finally, he leaves two small crosses engraved with his machete as a sign of blessing. 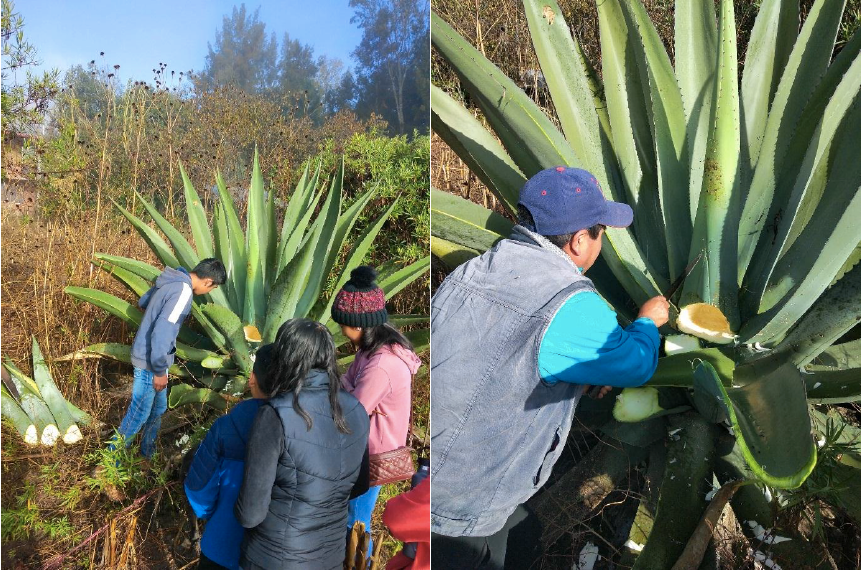 After information of cultural importance was shared through multiple workshops, the Yuku Savi Collective reflected all the practices learned in a magazine that was distributed to people in the community and to the libraries of neighboring communities. A total of 90 magazines were printed. 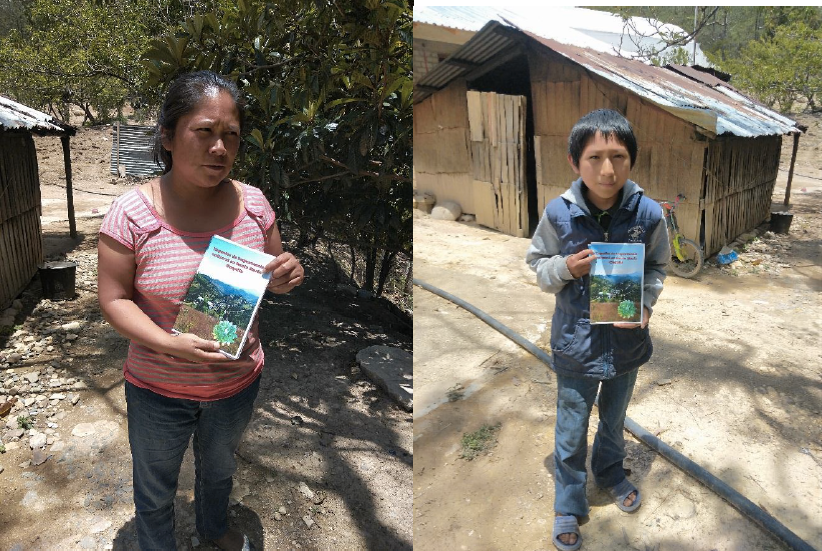 With the support from a grant from Cultural Survival’s Keepers of the Earth Fund, the Yuku Savi Collective was able to collect 4,800 seeds and germinate 2,110 seeds by the end of the project. This project was important for creating a more sustainable means of production for plants of cultural importance, which allows for the creation of more jobs that have the potential to decrease Mixtec migration and strengthen the connection between Mixtec Indigenous Peoples and their culture.

Keepers of the Earth Fund (KOEF) is an Indigenous Led Fund designed to support Indigenous Peoples’ community development and advocacy projects. KOEF provides small grants to grassroots Indigenous-led communities, organizations, and traditional governments to support their self-determined development projects based on their Indigenous values. Predicated on the United Nations Declaration on the Rights of Indigenous Peoples, Cultural Survival uses a rights-based approach in our grantmaking strategies to support grassroots Indigenous solutions through the equitable distribution of resources to Indigenous communities. In 2021, KOEF funded 62 projects in 21 countries for COVID-19 response, climate change mitigation, Hurricanes Iota and Eta relief, totaling $303,363.