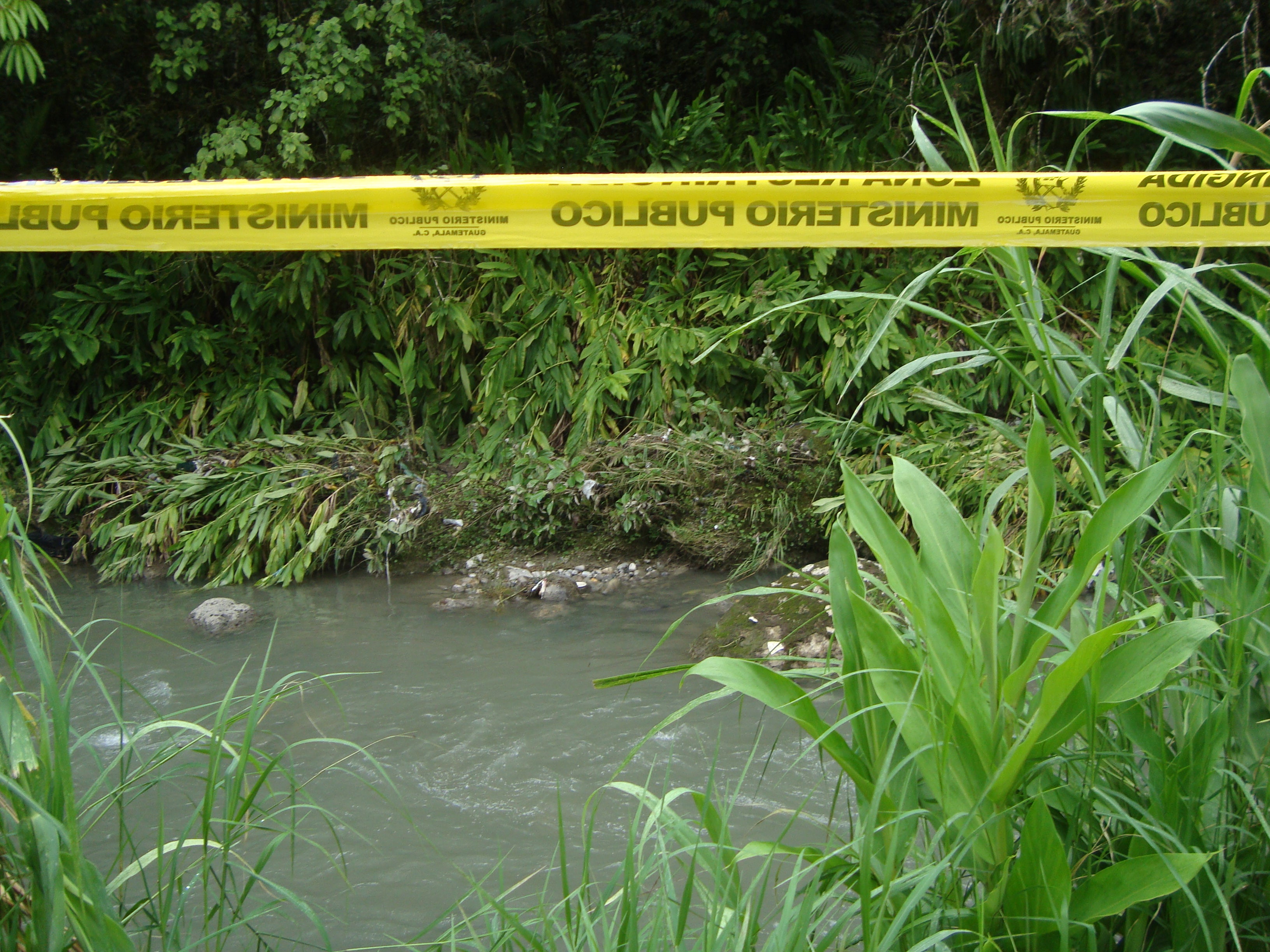 After almost a decade of resistance, a cautious victory has been declared for a Maya community in Guatemala in their fight against a Spanish hydroelectric company attempting to install a dam on their sacred river.

In December 2016, Hidro Santa Cruz, a subsidiary of Spanish infrastructure companies owned by brothers Luis and David Valdivia, announced it would be pulling out of its project in Huehuetenango, Guatemala, after years of consistent and powerful resistance from Q’anjob’al communities prevented them from constructing the dams.

The company announced the termination of the project in a press release, saying that it no longer considers the project viable: “For various reasons, [the project] has not gained the acceptance of a significant part of the inhabitants of the territory in which it was planned for installation...The decision was adopted months earlier, after careful analysis that considered the fundamental social impact, as well as the petitions received from different non-governmental organizations. It has been officially communicated to the State of Guatemala.”

The release does not mention that the company’s financial backers pulled their multi-million dollar investment in Hidro Santa Cruz in November of 2015 after complaints were filed to the World Bank.

In July of 2015, representatives of the community in Santa Cruz Barillas, Guatemala submitted a official complaint  regarding a proposed hydroelectric dam on the Q’am B’alam River in their small town in the department of Huehuetenango. Cecilia Mérida, the partner of an environmental defender who was arrested and falsely charged and imprisoned in Guatemala, testified at the World Bank in Washington, D.C.  She spoke of the damage being inflicted by the Bank's financing of the project and the strategies of criminalization being employed by the Guatemalan government and Hidro Santa Cruz in an attempt to silence local opposition, giving firsthand testimony about the impacts on families and communities when leaders are illegally detained and imprisoned for months, or even years, on end.

Since 2009, Hidro Santa Cruz has been planning a series of dams on the Q’am B’alam river that surrounds the town of Santa Cruz Barillas. The river and its three waterfalls are considered sacred by the Q’anjob’al community, whose ancestors named the river “yellow tiger” in the Q’anjob’al language after the animal that was said to drink from its waters. The project was to be installed in an area used by the community for ceremonial, recreational, and agricultural purposes, and in an ecosystem that is of highest priority for conservation, according to the  International Commission on Tropical Biology and Natural Resources.

The community has twice held referenda and both times voted unequivocally to reject the exploitation of its natural resources by transnational corporations. Nevertheless, the government approved the Cambalam I Dam without the Free, Prior and Informed Consent of the community, nor any legitimate social or environmental impact assessments.

Dozens of community organizers and leaders  have been arbitrarily detained and arrested after speaking out against the dam, including Mérida’s partner, Ruben Herrera. Some were imprisoned for over two years. All were  eventually released due to lack of evidence of having committed a crime. Two men have been killed; one, Andres Francisco Miguel, was shot at by security guards of the company in 2012, and another, teacher Daniel Pedro Mateo, was kidnapped while on his way to a community meeting training environmental defenders in 2013. His body was later found with signs of torture.

The World Bank continues to be a major funder of resource extraction companies around the world, lending hundreds of millions of dollars each year to companies working in the global South who are unable to guarantee that these investments are not contributing to human rights violations.

The Hidro Santa Cruz project, proposed by Spanish-owned Ecoener/Hidralia Energia, through its subsidiary Hidro Santa Cruz, was funded by a private equity fund, Corporación Interamericana para el Financiamiento de Infraestructura (CIFI), which is supported by the International Finance Corporation (IFC).  The IFC, part of the World Bank Group, had committed to a $10 million equity and $20 million loan investment to Hidro Santa Cruz via the CIFI, with an additional $48.5 million syndicated loan.

CAO, the Compliance Advisor/Ombudsman, is the group tasked with investigating the complaint from the community. As an independent recourse mechanism for the private sector lending arms of the World Bank Group, CAO's mission is to address complaints by people affected by these projects and to enhance the social and environmental accountability of both the World Bank and its private sector lending institutions.

CAO’s findings agreed that the accusations in the community’s complaint were serious and substantial in nature.  The CAO is now investigating whether IFC performed its due diligence in reviewing the Environmental and Social Impact Assessments carried out by Hidro Santa Cruz.  Results of that investigation are expected in June 2017.

All evidence points to the fact that the IFC should never have invested in Hidro Santa Cruz. The project violated the rights of Indigenous Peoples by ignoring the community referendum of 2009, ignoring the community’s right to Free, Prior and Informed Consent, and turning a blind eye to the use of violence, excessive force, intimidation, rape, and false imprisonment as methods to further their business interests.

The traditional authorities of the Maya nations in Huehuetenango, known as Payxail Yajaw Konob’, released a statement regarding the announcement of the termination of Hidro Santa Cruz in Guatemala. Rather than celebrating the announcement of the company’s exit, leaders who are all too familiar with the deceptive strategies of foreign companies are concerned that the license for the project may have simply changed hands, allowing another future company to move forward. They also point out that Hidro Santa Cruz is just one of various subsidiary companies of Ecoener and Hidralia Energia.

In fact, as the Hidro Santa Cruz project in Barillas has quieted down in recent years, neighboring community San Mateo Ixtatan has faced increased aggression from hydroelectric project  Promocciones de Desarrollo Hídrico (PDH), which also has ties to the Valdivia brothers: Hidralia Energia, Hidro Santa Cruz’s parent company, was awarded a contract to design the series of two dams in 2011.

As the community has organized in opposition to the project, the same patterns of community unrest and repressive violence are being used against them.  On January 17, 2017, 72-year-old  Sebastián Alonzo Juan was killed during a demonstration in the Maya Chuj community of Yich K’isis, San Mateo Ixtatán, Huehuetenango, when National Police and armed private security opened fire on demonstrators outside of the facilities of PDH during a skirmish between community members for and against the dam.  He is the third person to be killed as a result of conflict relating to the plans for that dam, in a community of just 39,000.

PDH has also received funding from international development banks, specifically the Inter-American Investment Corporation (ICC), a branch of the Inter-American Development Bank, which has provided more than $13 million in financing for the project in San Mateo Ixtatán.  There are 13 other licenses in various stages of development for hydroelectric projects in Huehuetenango.

In the United States, the battle against oil and gas pipelines has been characterized as a fight against a medusa, a monster with many heads; it’s the same monster, activists say, with different names in different places.  Meanwhile, Guatemala fights a similar monster in its conglomeration of hydroelectric projects.

Less than a week after the ancestral government released a public statement warning that the fight against Hidro Santa Cruz is not over, they released another statement following the death of the Maya Chuj elder. “We demand, once again, the immediate cancellation of all the licenses authorized on Q’anjob’al territory and the immediate removal of all extractive industry and security forces...Our nations have inhabited this territory for thousands of years.”