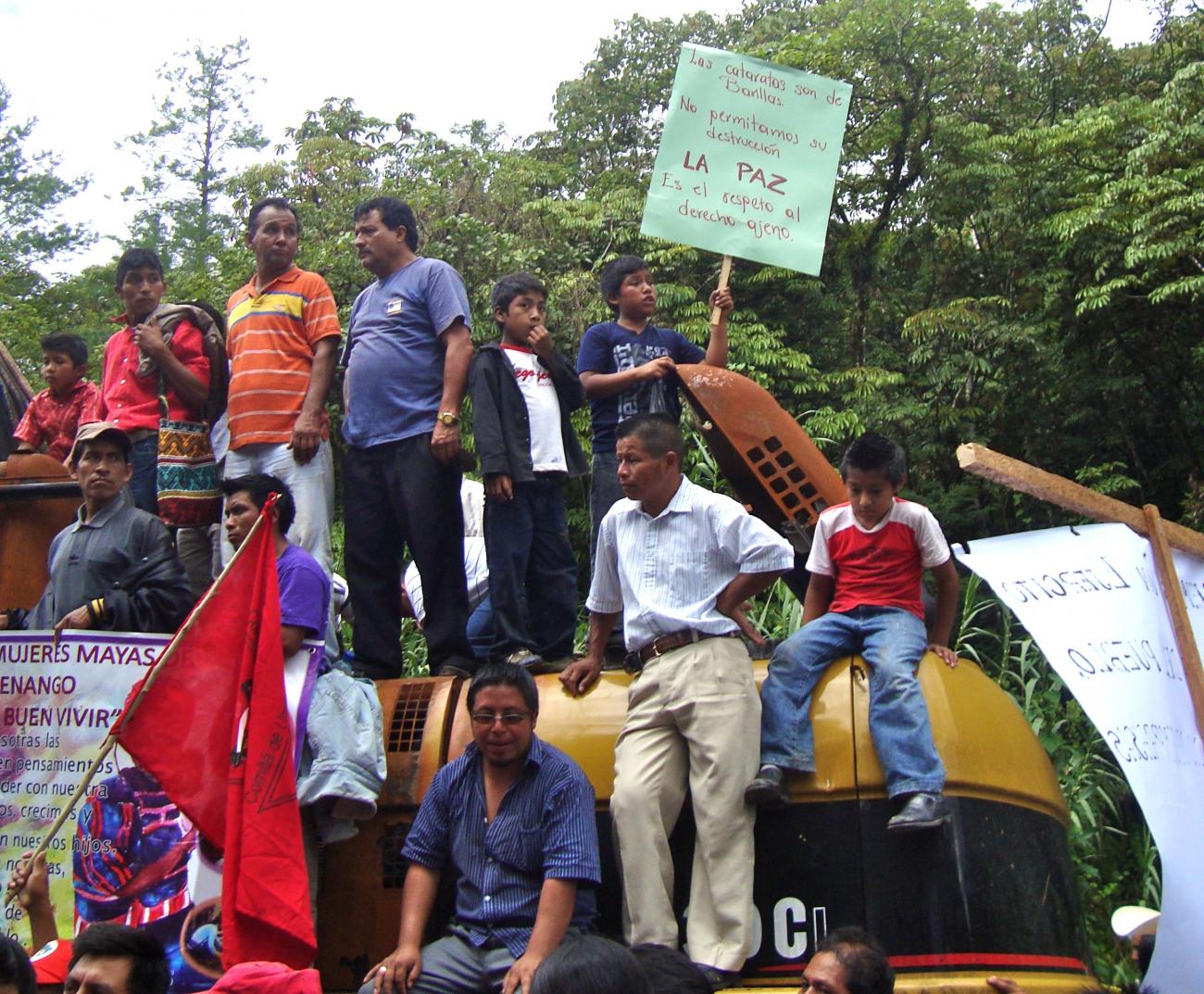 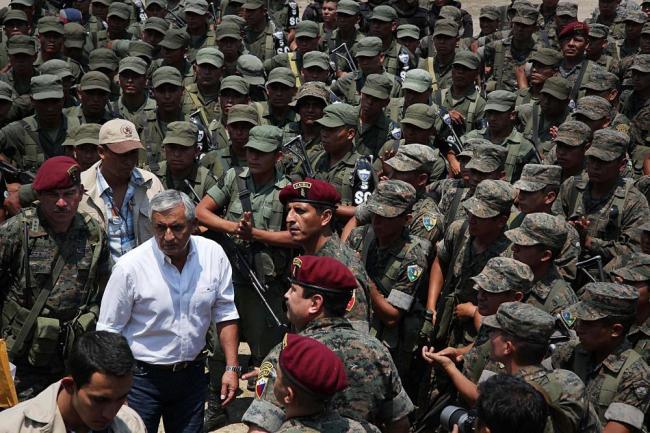 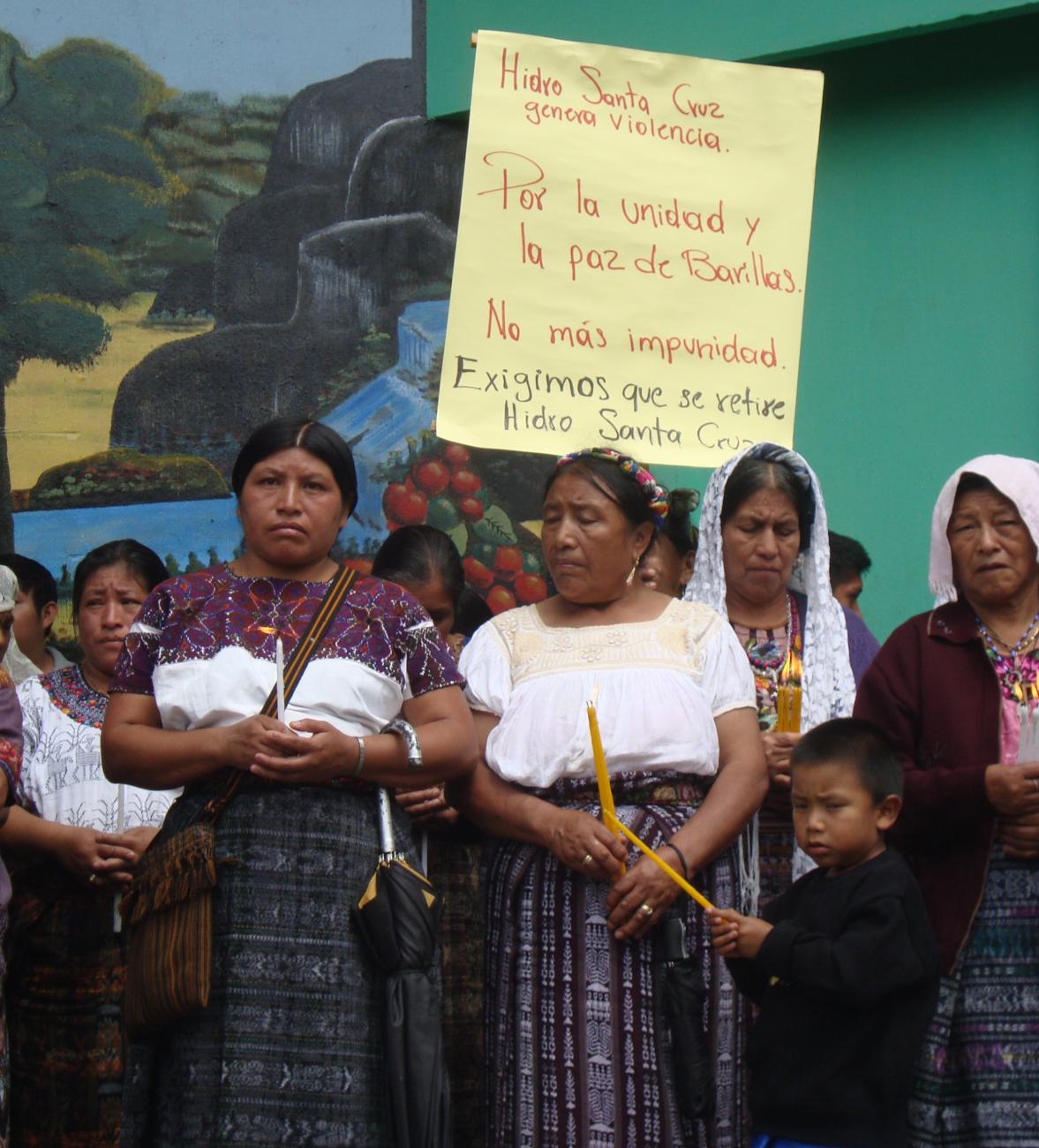 On May 1, 2012, a community leader in Guatemala was killed by security guards of a Spanish hydroelectric company. Riots broke out. In response, President Molina declared martial law and army tanks descended into Santa Cruz Barillas, Huehuetenango. Heavily armed military lined the streets of the Q’anjob’al Maya town, seeking and detaining community leaders who were outspoken against the dam.

Since 2009, Hidralia Energia, through its subsidiary Hydro Santa Cruz, has been planning a series of dams on the Q’am B’alam river that surrounds the town of Santa Cruz Barillas. The river and its three waterfalls are considered sacred by the Q’anjob’al community, whose ancestors named the river “yellow tiger” after the animal that was said to drink from its waters. The proposed project would be installed in an area used by the community for ceremonial, recreational, and agricultural purposes. The project will also have significant impacts on the already fragile natural environment. A study by the International Commission on Tropical Biology and Natural Resources found the area of Barillas to be of the highest priority for conservation efforts within Guatemala. Barillas is home to many amphibian and insect species found nowhere else in the world.

In the last five years, the community has twice held referenda and voted unequivocally to reject the exploitation of its natural resources by transnational companies. Nevertheless, the government approved the Cambalam I dam, flagrantly ignoring the people’s right to free, prior, and informed consent as guaranteed in the UN Declaration on the Rights of Indigenous Peoples and Convention 169 of the International Labour Organization (ILO), to which Guatemala is a signatory.

“The right to be consulted is a universal human right that no one can deny us, much less criminalize. The right to self-determination is a right that corresponds to us as original peoples of Mesoamérica.”
—Assembly of Peoples of Huehuetenango for the Defense of the Territory

At the outset of martial law, grassroots activists successfully mobilized to launch the campaign, Todos y Todas Somos Barillas (“We are all Barillas”). Using social media and community radio, Molina’s administration was successfully pressured to end martial law, thereby challenging the government’s position that community leaders were drug traffickers and criminals rather than activists standing up for their rights. (Read more...)

We need your help to ensure that Hydro Santa Cruz backs down from its plans to dam the sacred Q’am B’alam river.
TAKE ACTION!