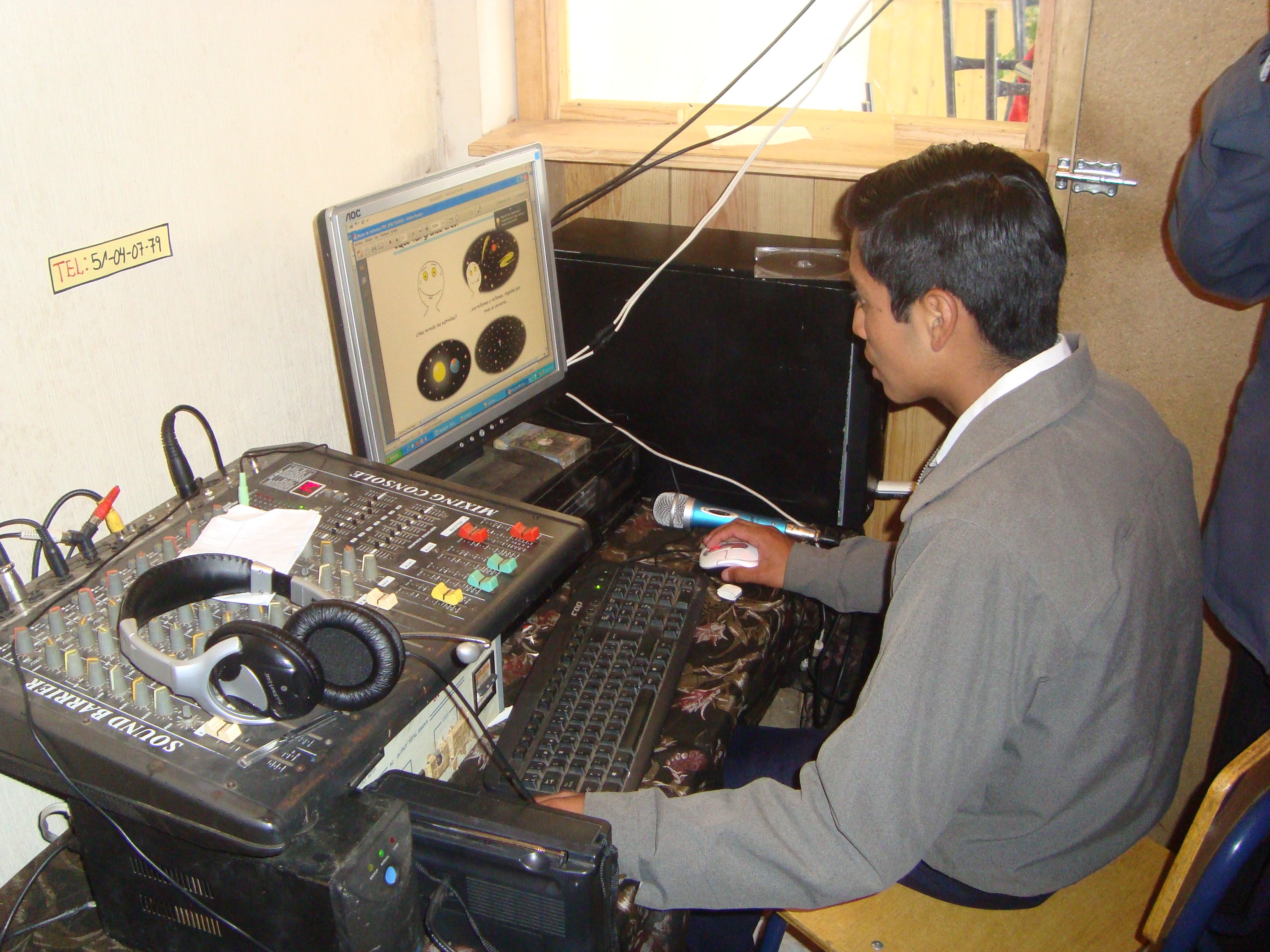 A new bill proposed by the right-wing political party in Guatemala would criminalize the use of the radio spectrum for any actors not authorized to do so. The bill aims to take community radio stations that are fighting for legal recognition off the air.

The bill 4479, entered by the LIDER party onto the congress floor on July 10th, proposes a reform to the criminal code that would sanction the imprisonment of individual actors and representatives of radio stations that do not have legal authority to broadcast. As the law currently stands, community radio stations exist in limbo where they are not protected under the law nor penalized. In practice, stations are frequently raided by police and members charged for incidental or extraneous crimes.  In 2007, Radio Ixchel in Sumpango, Sacatepequez was sucessfully able to fight charges against their station under the argument that broadcasting without a legally authorized frequency was not a crime.

The passage of this law would move community radio stations in Guatemala from a position of relative safety as alegal entities to illegal entities.

In a decision released in 2011, the Consitutional Court of Guatemala urged legislators to reform the current laws to allow Indigenous Peoples to legally access to radio frequencies, "To promote the defense, development, and reach of their languages, traditions, spirituality, and any other cultural expressions."

The Community Radio Movement of Guatemala has issued a public statement on the issue, available below, and in it's original Spanish, here.

Click here to send an email to congressmen to vote down Bill 4479 and keep community radio on the air.

To the national and international community:

The Community Radio Movement of Guatemala condemns the proposed law 4479, presented by the representatives of the LIDER Party in the Congress of the Republic on July 10, 2012, which aims to criminalize the use of radio spectrum. This initiative is aimed at community radio stations that do not have legal status and are fighting for recognition. For that reason, since 2010, community radio stations have been promoting the initiative 4087, which proposes the legal recognition of the same.

This initiative 4479 undermines the democratization of the media, because the role of the state is only to manage the radio spectrum because it is a common good that belongs to the Guatemalan people collectively and not only the business sector. This measure is contrary to the provisions of subsection H of the Agreement on Identity and Rights of Indigenous Peoples, Article 35 of the Political Constitution of the Republic and international agreements. Freedom of expression is a human right established in Article 19 of the Universal Declaration of Human Rights of the United Nations and in Article 13 of the American Convention of the Organization of American States. Furthermore, Article 16 of the UN Declaration on the Rights of Indigenous Peoples specifies the right of indigenous peoples to have their own media.

The proposed law also threatens the efforts of the community radio movement, which for 14 years fought for the recognition within the legal framework of the country of the right of indigenous and other traditionally excluded peoples to have their own media. We ask those honest members of Congress elected by popular vote to oppose the adoption of this initiative, which only serves the interests of the media monopoly in Guatemala, and not the interests of the excluded majorities. Furthermore, we demand that the Congress facilitate approval of Initiative 4087, on community media, which already has received a favorable ruling from the Congressional Commission of Indigenous Peoples.

While on August 9, 2012, the United Nations proclaimed the international year of indigenous media, in Guatemala indigenous peoples are still denied the right of having their own media. We ask for the solidarity of social movements and other civil society institutions, to denounce these violations and to support, defend and strengthen the work of community radio. We also ask other alternative, community and popular media, both nationally and internationally, to show their solidarity with the struggle for community radio in Guatemala because freedom of expression cannot be bought or sold, and is a right of humanity.

For the communication of rights of indigenous peoples,

The Community Radio Movement of Guatemala