​​​​​​​Guatemala Is Far from Achieving the SDGs 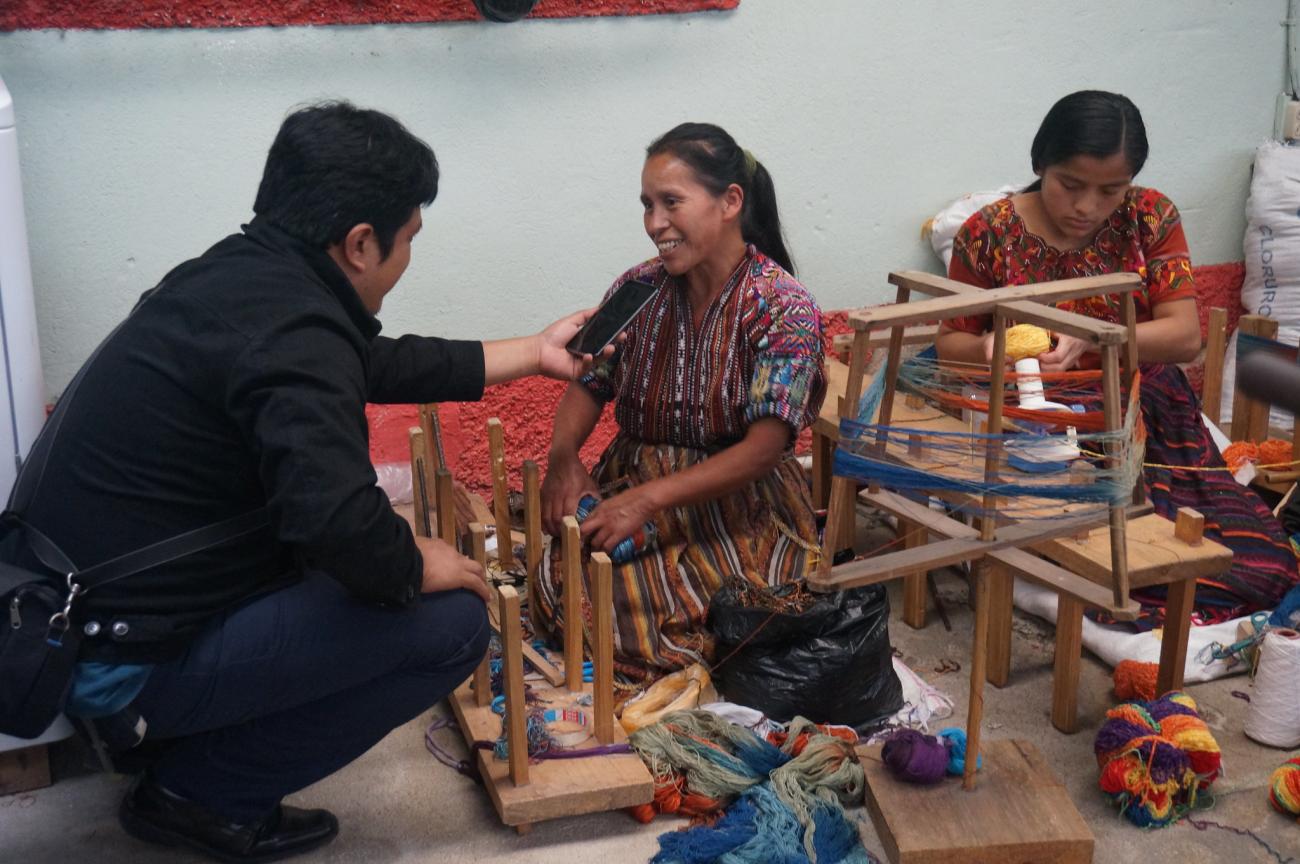 "The big problem is that the Government insists on hiding and embellishing the information ...", responded Lesly Ramírez, of the Center for Studies for Equity and Governance in Health and the Network of Community Defenders for the Right to Health, about the presentation on July 12, 2021, by the State of Guatemala at this year’s UN High-level Political Forum on Sustainable Development. The UN Forum is an opportunity for States to provide voluntary reports regarding their progress towards implementing the 17 Sustainable Development Goals, which States have committed to achieving within their countries by 2030. These reports are known as Voluntary National Reviews (VNR).


Presenting Guatemala’s VNR was Ms. Luz Gramajo Vilches, of the Secretary of Planning and Programming of the Guatemalan President’s Office (SEGEPLAN). She emphasized the immediate response to contain and mitigate the global crisis of COVID-19 and the impacts of hurricanes Eta and Iota, under the leadership of President Alejandro Giammattei.

Gramajo highlighted, “Guatemala was one of the first countries to incorporate the Sustainable Development Goals into national planning instruments (…) 70 percent of the budget of all public institutions is linked to development goals, (…) as one example of the achievements of poverty reduction and social protection is the creation of  the economic rescue program.”

In contrast, the Coordinator of Non-Governmental Organizations and Cooperatives (CONGCOOP) in its 2021 report on the SDGs, reported, “The impunity generated by an absence of justice reveals that Guatemala is increasingly far from complying with the SDGs.”

“The State of Guatemala has not made efforts to overcome the serious situation of poverty in all its forms to combat hunger, food insecurity, malnutrition and the promotion of sustainable agriculture ”(…) inequality gaps are widening among population sectors like rural farmers and Indigenous People, and poverty is reaching 70 percent. ”

In 2020, Peace Brigades International Guatemala published a statement by the Campesino Committee of the Altiplano (CCDA) and the Unión Verapacense (UVOC) in relation to the assistance of government entities during hurricanes Eta and Iota.


"The Government has not provided a rapid response to the communities that are at risk and without food...The families who have not been affected by hurricanes(…) are the ones showing solidarity through donations (…) it is not an accident that the government’s support does not reach the communities, it is a way of punishing us for the struggle we carry out in defense of the land and natural assets.”

The topic of health was presented by the Guatemalan government as an area of progress, as the representative of SEGEPLAN  affirmed: “In a year and a half, we have exceeded the goal of building four hospitals; construction is about to be completed on the seventh. We have positioned ourselves as one of the countries which has best managed the pandemic. ” He also highlighted, "being part of the COVAX mechanism (...) we have negotiated the acquisition of 16 million vaccines" to prevent COVID-19.

Ramírez, from the Center for Studies for Equity and Governance in Health and the Network of Community Defenders for the Right to Health, contradicts what was reported in the government’s presentation, stating, "In Guatemala, the health system has been failing for many years ... the government's strategy ... is to build temporary hospitals and not strengthen the network of services...The government never managed to build hospitals up to standards to deal with COVID-19.  There are continuous complaints from all of the hospital directors about not having enough resources, specialized personnel or equipment, etc."

Ramírez adds, “If the government had properly managed the pandemic response, we would not have the scenario that [the country] now has, with a level of positive cases which in a few weeks has exceeded 40 percent. That tells you that the pandemic is totally uncontrolled. In order to say that a pandemic is controlled, it must be at least below 5 percent with positive cases.”

These points coincide with what was published by Prensa Libre on July 24, 2021. Guatemala has 250 municipalities under red alert, which represents 75 percent of the country's municipalities. Several sectors have pressed President Giammattei about why he has not acquired vaccines. In addition, inquiries are being made into the whereabouts of the money allocated for the purchase of vaccines as vaccines acquired by Guatemala so far have been donated by other countries.

At the High-Level Political Forum,  Gramajo also highlighted sustained and inclusive economic growth, through the attraction of investments and new markets. According to the International Monetary Fund, Guatemala's economic outlook is favorable with a contraction of only 1.5 percent in 2020 and projected economic growth of 4.5 percent by 2021, despite the pandemic.

"Although the economy continues to grow, that does not imply development for Guatemalans, due to the inequity by which growth is sustained," indicated CONGCOOP. "The State and international finance companies do not mention social inequality, poverty, and exclusion. In addition, these economic achievements are currently being sustained by the 11 million dollars that Guatemalan migrants who work in the United States send in remittances."

Another of the advances highlighted by Gramajo was the issue of meals in schools, covering 2.2 million students at the primary and pre-primary levels. Víctor Cristales from the Collective of Education for All in Guatemala acknowledged the program, however, noted that regarding the education budget, the Guatemalan Congress has not fulfilled its constitutional duty to assign new and greater resources to education, which reflects a failure to meet the Sustainable Development goals for 2030.

Furthermore, Cristales says, “The privatization of education excludes and violates the human right to education.” According to data from the Ministry of Education’s yearly statistics report, each year more students are left out of the educational system, with 103,908 children currently lacking access to education, according to Prensa Libre on July 12, 2021.

The Guatemalan State’s Voluntary National Review presentation also highlighted the country’s adaptation to and mitigation of climate change, the debt-for-carbon swap, the institutional strengthening of the State, and the fight against corruption. This last issue has received much coverage in recent days, as the Guatemalan government has not been able to combat corruption or impunity and this discontent on the part of citizens is apparent by their massive strikes and protests across the county, demanding the resignation of the President and several top officials.