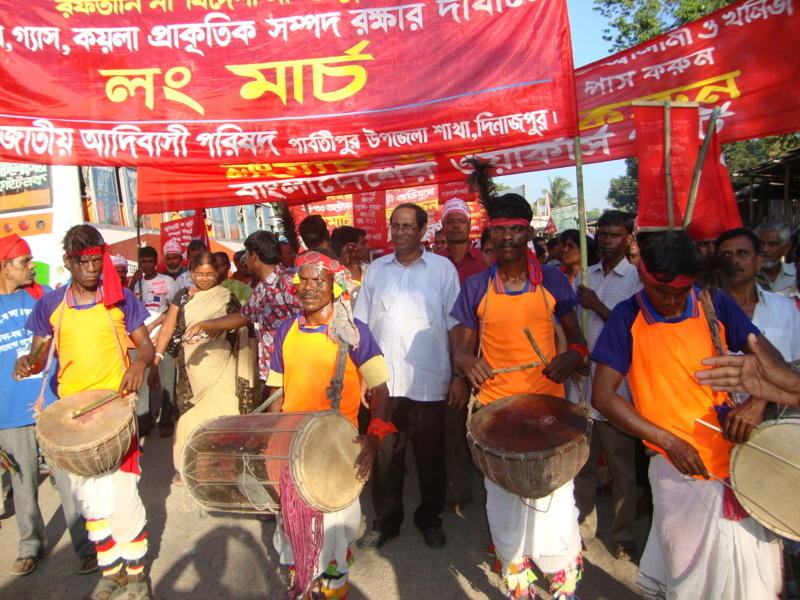 Officials have called the approval of the open-pit mine “unlikely” during this government’s tenure, which will last until late 2013 or early 2014.

This comes as great news for the broad movement of people opposed to the Phulbari open-pit coal mining project in northern Bangaldesh, who have been successful in holding off the project for the past six years thus far.

An adviser to the Prime Minister of Bangladesh, Dr Tawfiq-e-Elahi Chowdhury, announced November 22nd that the government has not awarded Asia Energy the contract for extracting coal from Phulbari through the open-pit mining method.

He said the government would not approve any coal mining proposal in the area unless it is sure about its impact on the environment, particularly on aquifers, reported New Age.

“The water table may fall by 15 to 25 metres over the life span of the mine. Access to safe drinking water for some people is at stake; this would harm the livelihoods of the people of that area and the ecosystem,” Chowdhury explained.

Chowdhury brought up serious concerns the government holds regarding the impacts of this project. In interviews with news media, he brought up three crucial issues that the mine would put at risk: access to food and water for local peoples, democratic rights, and, crucially, the displacement of Indigenous Peoples.  Chowdhury said the land under threat is located in Bangladesh's most fertile agricultural region where production of staple crops, such as rice and wheat, allows subsistence farmers to feed their families. It also supports the entire country's food needs.

The government did, however, allow the company to undertake feasibility studies in Phulbari area. “Asia Energy had bought an exploration license here simply for conducting a survey. Asia Energy is yet to be awarded a coal mine development license,” Chowdhury told Bangaldesh news site The Independent. The granting of such a license would depend on assessments of water use that would take at least another 18 months to complete, therefore pushing the mine’s decision to the next government administration.

He noted that the government should not adopt any method based on a survey report coming either from Asia Energy Corporation or any other foreign company: “The nation’s interests cannot be ensured by a foreign company.”  He said before any decision is taken on the open-pit mining method for extracting coal from any coalfield in the country, the government would extensively examine its technical aspects, according to the Daily Sun.

A two-day strike was called in Phulbari on November 24th and 25th by the local chapter of the National Committee to Protect Oil, Gas, Mineral Resources, Power and Ports and a local professional group opposing the idea of allocating the coal block to GCM (Asia Energy).

Chowdhury’s comments also show reflection on a letter sent by seven different Special Rapporteurs of the United Nations High Commission for Human Rights regarding the various human rights violations that the project would imply.

Publication of this news has caused upheaval within shareholders of GCM Resources, the London-based company behind the Phulbari coal mine.  After the spread of these comments among shareholders,  GCM share prices declined by 10.65% in a single day.

Join in a protest outside the GCM shareholders meeting in London on December 20th. Click here for more information.

See our campaign: Bangladesh: Ban Coal Mine, Save Forests and Farms