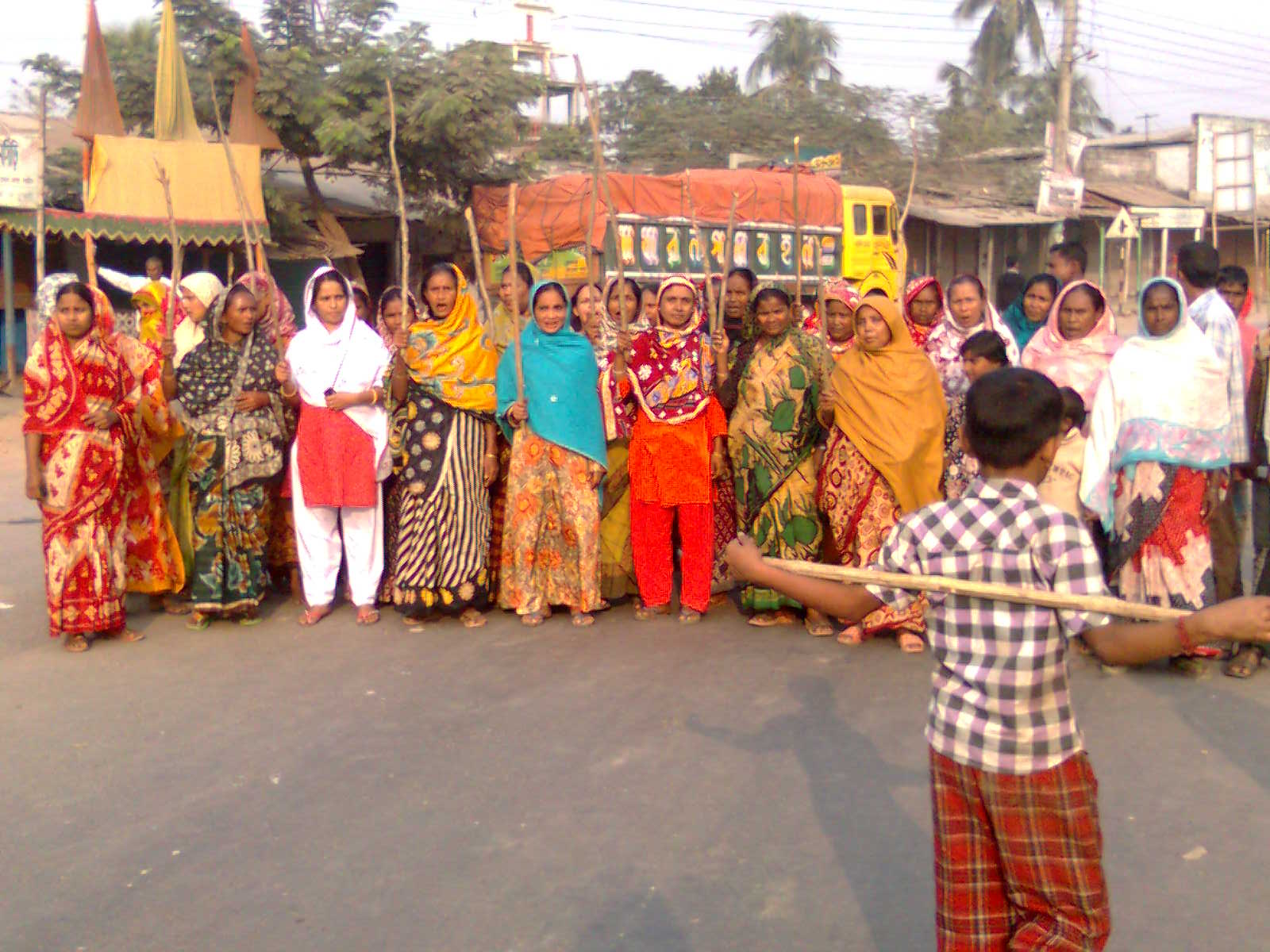 Re-posted from London Mining Network
Last week, Bangladesh’s National Committee to Protect Oil, Gas, Mineral Resources, and Power and Ports called a strike in Phulbari in the north-west of the country to oppose opencast coal mining in the area by London-listed GCM Resources (formerly Asia Energy). Talks over the weekend led to the cessation of the strike when assurances were given that an agreement made in August 2006, excluding the possibility of opencast coal mining, would be kept. The situation remains tense as people wait to see whether the Government of Bangladesh will indeed honour the 2006 agreement – which involved expelling the mining company from the country.
Phulbari shutdown called off
The National Committee to Protect Oil, Gas, Mineral Resources, and Power and Ports on Sunday called off their general strike at Phulbari in Dinajpur. The National Committee’s Phulbari unit Convenor Syed Saiful Islam Jewel told reporters after 2pm they made the move as they were given assurance to meet their demand in a meeting with the district and police administration. A shutdown was enforced by the left-leaning citizens’ group in the area for the second straight day on Sunday demanding cancellation of move for open-pit mining in the area. The group enforced general strike in the northern town on Saturday. The Sunday’s meeting was attended by, among others, Dinajpur Deputy Commissioner Ahmed Shamim Al Razi and Superintendent of Police Moynul Islam, Syed Saiful Islam, Member Secretary of the National Committee Phulbari unit Joy Prakash.  After the meeting, Syed Saiful Islam said, “Decision has been taken to withdraw the office of Asia Energy from Phubari within Dec 31 and to implement the six-point charter of demands.”
On Aug 26, 2006, the police fired on Oil-Gas Protection Committee demonstrators, who demanded that the government scrap the plan to let Asia Energy to mine through open-pit method. At least three were killed and over 200 were injured.  The then BNP-Jamaat-e-Islami alliance government negotiated with the local people of Phulbari to stop protests and signed a deal. Under the deal, the government pledged to compensate the families of the deceased and not to conduct open-pit mining.
The six-point agreement also included expulsion of Asia Energy from Bangladesh, erecting a monument in remembrance of the deceased, punishment to the police personnel firing on the protestors and withdrawal of the cases against them.
The families of the deceased and the injured received ‘some’ compensation and the cases against the protestors were withdrawn, but the other demands were not met.
Read more:
http://bdnews24.com
Bangladesh Protests Against Open Pit Coal Mining in Phulbari
International Accountability Project
Country
Bangladesh
Issues
Human Rights