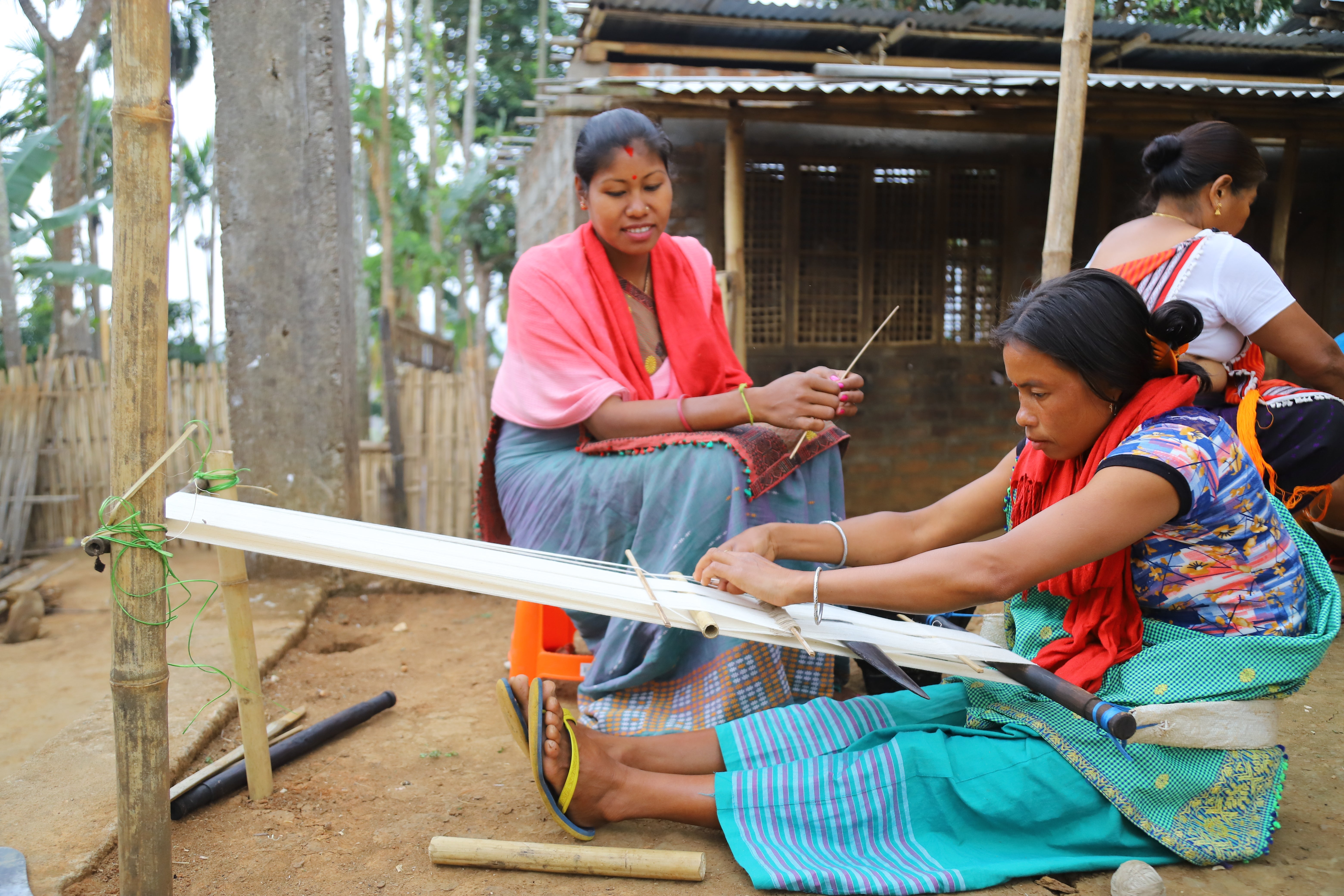 In March 2022, Jharkhand Indigenous and Tribal Peoples for Action, KAT News Channel, and Cultural Survival submitted a joint stakeholder report on the observations of Indigenous rights and human rights generally in India. It was prepared for the Universal Periodic Review of India at the 41st Session of the Human Rights Council. The UN General Assembly established the Universal Periodic Review (UPR) along with the United Nations Human Rights Council on March 15, 2006. Its purpose is to review the human rights records of the 193 UN member states, addressing the states’ obligations to respect, protect, and fulfill human rights, and provide technical assistance to the states being reviewed. The 193 member states are divided into groups that alternate review cycles. The stakeholder report will assist the UPR Working Group in reviewing India’s record in accordance with its obligations to the International Human Rights Treaties and Instruments it has ratified and endorsed, such as the United Nations Declaration on the Rights of Indigenous Peoples (UNDRIP).

There are 705 Indigenous Peoples recognized as “Scheduled Tribes” in the Constitution of India but that is only some of the many Indigenous Peoples in India, some of whom are not recognized as Scheduled Tribes. In central India, Indigenous Peoples prefer to be called “Adivasis.” According to the 2011 census, of the total population of 104.3 million people, Adivasis comprise 8.6%, almost 90% of whom are living in the rural areas across 30 states. The national government largely follows a broad and problematic working definition developed by the 1965 Advisory Committee Report on the Revision of the Lists of Scheduled Castes and Scheduled Tribes. It defines Tribes as groups of Indigenous people characterized by “primitive traits, distinctive culture, geographical isolation, shyness of contact with the community at large and backwardness.”

The report concludes that the Indian government continues to promote policies and practices that support land grabbing, eviction of Indigenous Peoples from their lands and territories and targeting of Indigenous rights and land defenders. Militarization of Indigenous territories, policies such as the Armed Forces Special Power Act, and the labeling of Indigenous people as terrorists have served as justifications for extrajudicial killings of Indigenous people. Defenders of Indigenous rights suffer state-inflicted violence. Despite the enactment of the Forest Rights Act in 2006, which aimed to redress historical and ongoing land theft, over half of claims had been rejected as of August 2021. This has resulted in millions of evictions of Indigenous Peoples from their lands in egregious violation of their rights. An aggressive hydropower development agenda is also violating Indigenous Peoples' rights to Free, Prior and Informed Consent (FPIC) and to their livelihoods, sacred sites, and economies on lands that are flooded and otherwise damaged by projects. The 2020 Foreign Contribution Regulation Act limits access to funding for civil society organizations including Indigenous organizations. The Citizenship Amendment Act threatens the citizenship rights of Indigenous Peoples. Indigenous women continue to be subject to violence due to their multiple marginalized identities as women and as Indigenous people. India must ratify ILO 169, put an end to extrajudicial killings and the policies that purport to justify them, process land claims in compliance with Indigenous land rights in accordance with India’s international obligations, and ensure compliance with Indigenous Peoples’ rights to FPIC.

Security forces have continued to violate Indigenous Peoples’ rights in Central and Northeast India. Indigenous Peoples in the northeast are accused of having links with insurgent groups, Maoists rebels in central India, resulting in hundreds of murders of and other violence against Indigenous people. The Armed Forces Special Power Act (AFSPA) of 1958 is a law that confers “special powers” to armed forces, resulting in gross human rights abuses including extrajudicial killings and disappearances in the name of suppressing counter-insurgencies. According to government reports, more than 6,000 “encounters”—  a euphemism for violence— were recorded from 2017 to August 2021.

In the state of Chhattisgarh, for example, thousands of Adivasis have been displaced by mining. Rebel Naxals (Maoists) have been resisting the mining, and military crackdowns on the Naxals have left Adivasi villagers in the middle, subject to violence from both parties. A majority of people living in seven districts of Bastar in Chhattisgarh are Scheduled Tribes. The government has established 28 security camps with 100,000 security forces, making Chhattisgarh among the most militarized zones in India. The violence by the military has been decried by the National Human Rights Commission.

Forced Eviction from Forest and Lands

Indigenous Peoples in India depend upon forests for their livelihoods. For many, the forest not only provides resources for economic subsistence, but it is also a way of life socially and culturally. But the large number of forest dwelling Indigenous communities in India have been denied rights to their lands and resources.

In 2006, the Indian government enacted the Scheduled Tribes and Other Traditional Forest Dwellers (Recognition of Forest Rights) Act, known for short as the Forest Rights Act (FRA). The passage of the act was the result of many years of advocacy by millions of forest dwellers and forest rights and civil society groups. According to The Wire, it has been estimated that the act could restore rights of forest dwellers over at least 40 million hectares or 100 million acres of forest land in 170,000 villages. At least 150 million people, including 90 million Tribal people, are estimated to benefit.

However, in observing the monthly progress report on FRA published by the Ministry of Tribal Affairs, a total of 4.2 million individual and community claims seeking title have been filed under the FRA of which 53% from 20 states were rejected as of August 31, 2021. The forest dwellers and members of Scheduled Tribes whose Forest Rights Act (FRA) claims have been rejected were dubbed to be “encroachers” and were evicted.

New development further threatens Indigenous ways of life. With the aim to meet the ambitious targets of installing 175 Gigawatts of renewable energy capacity by 2022, India is aggressively pursuing the construction of hundreds of large hydropower projects across the country. Over 168 hydropower projects with large dams are planned for the Northeastern states, where there is the largest concentration of Indigenous Peoples. The projects violate Indigenous Peoples’ rights to maintain and strengthen their distinctive spiritual relationship with lands that they traditionally own and use. For example, the Imphal Ring Road Project, a government-sponsored road connectivity project, is predicted to destroy at least 1,000 acres of agricultural land, hundreds of families, and the Kabui Indigenous Peoples’ sacred sites and ancestors’ gravesites.

On 11 December 2019, India passed the Citizenship Amendment Act, which amended its existing Citizenship Act of 1955. The act has been criticized for its anti-Muslim impacts; while it claims to support citizenship for immigrants from religious minorities, it discriminates against Muslim immigrants. It also threatens the citizenship of India’s Indigenous Peoples. The International Work Group for Indigenous Affairs (IWGIA) reports that “Indigenous Peoples fear that the CAA will render millions of them stateless because they will not be able to provide the necessary documents to prove their citizenship when the CAA is implemented through such mechanisms as the NRC, which was piloted in the state of Assam.” They consider the law a direct attack on their cultures. Over 140 petitions were filed with the Supreme Court of India upon passage of the act, stating that the law is unconstitutional, but the law remains in effect.

Adivasi and Tribal women in India are particularly subject of discrimination, violence and unequal treatment in many forms and often without legal recourse. Adivasi women face diverse abuses—such as killing, torture and other violence against women labeled “witches,” sexual violence, trafficking, militarization, and development-induced displacement. In Chattisgarh state, for example, 46 cases of gang-rape by security forces were reported over just six months between 2015 and 2016, and the number is likely higher than what was reported. Many Indigenous women and girls in India working as domestic helpers undergo vicious cycles of exploitation, intimidation, and torture; many cases go unnoticed. Women also face uncertainty during childbirth: maternal death rates are higher among Adivasi and Tribal women than others.

The report makes the following recommendations for the State of India to:

The UPR of India will take place in November 2022.