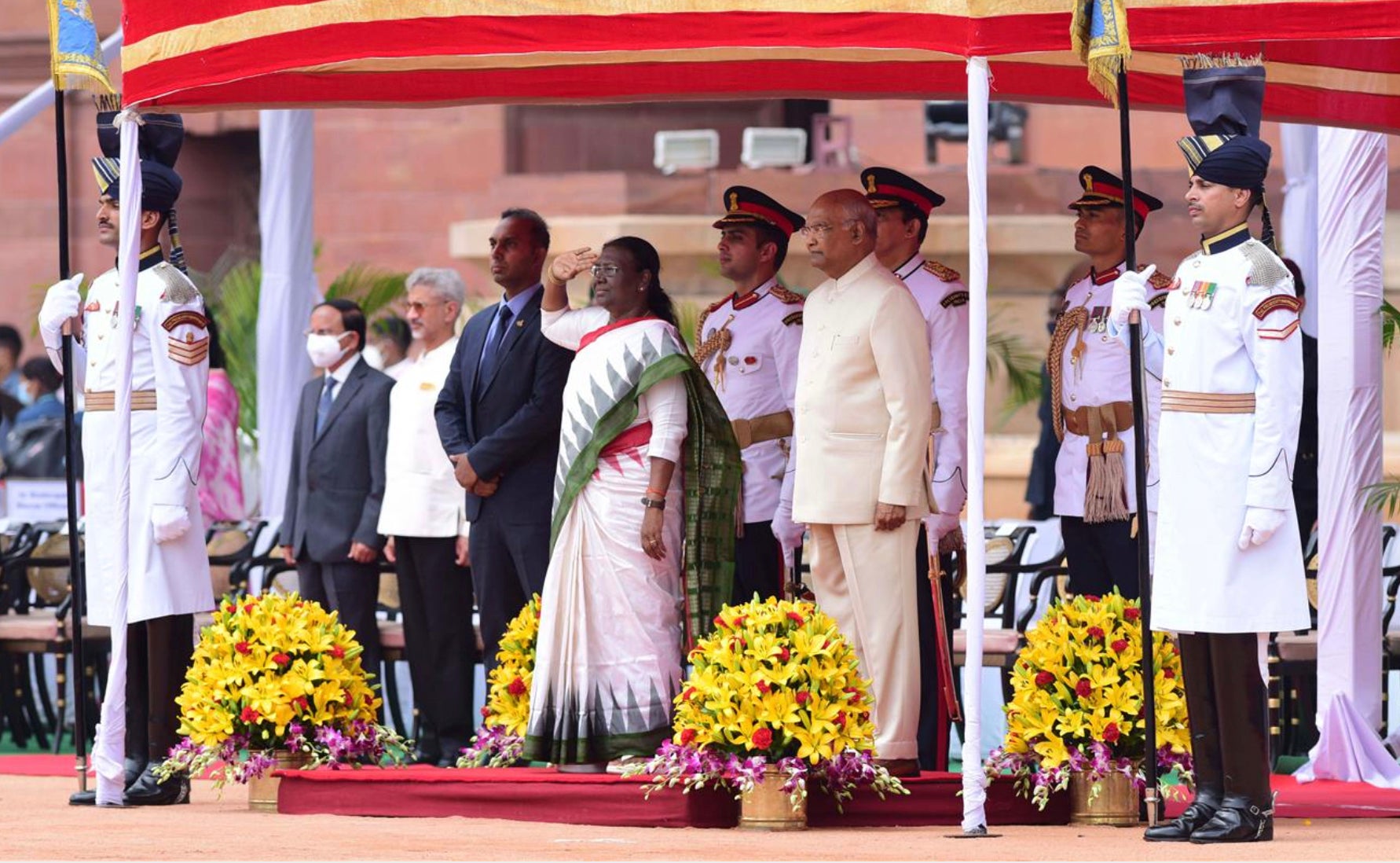 Droupadi Murmu (Santhal) made history on Monday, July 25, 2022, for being sworn in as India's first Indigenous woman president. It is a rare achievement for a member of a Scheduled Tribe to hold the country's highest post. Many Indigenous Peoples in India now have great hopes that their issues will be addressed through this appointment. However, several worry that this is just a superficial political move by the Bharatiya Janata Party (BJP) government, which has been the ruling political party since 2014.

​​Murmu secured over 64 percent of votes in the presidential election held on July 18, 2022, defeating Yashwant Sinha. Before entering politics, ​​Murmu worked as a school teacher. She taught Hindi, Math and, Geography and also worked as a clerk in the State Irrigation and Power Department. In 2006, Murmu was appointed as President of BJP’s Scheduled Tribe Morcha, a political wing that oversees Tribal issues, in the Orissa State Unit. In 2015, she was appointed as governor of Jharkhand. She was the first Tribal woman governor of Jharkhand and the first person to successfully complete her term as governor. She was married to Shyam Charan Murmu, a banker, who died in 2014. They had two sons, who both also have unfortunately passed away, and a daughter. 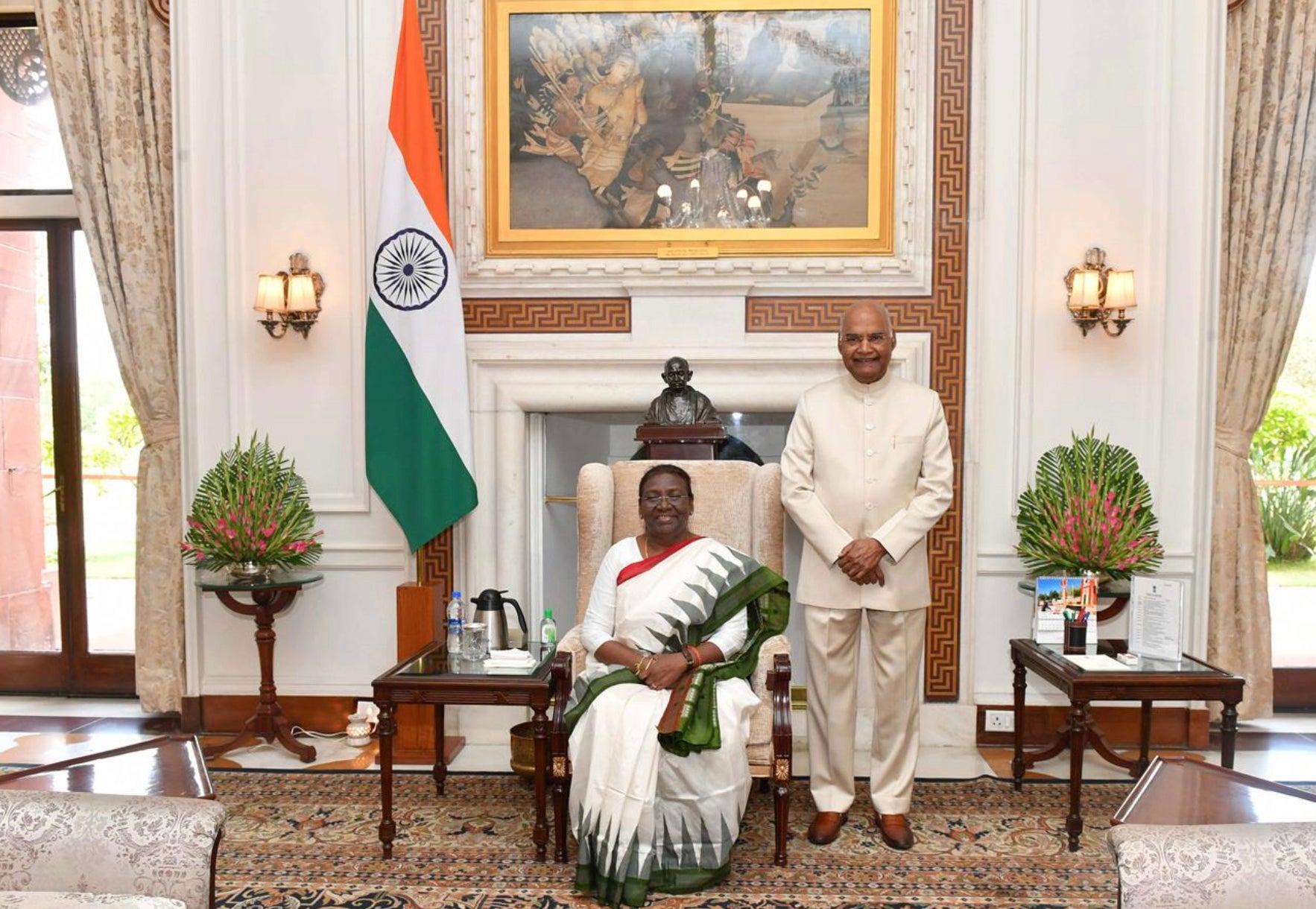 “I had not thought that I would ever be involved in politics and become the candidate for the country’s top post. As I belong to the poorest of the poor family, I had thought that I would get an education, get a job, and support my family. But the hardship led me to get involved in social work, then in politics and, now hold the position as the head of the country,” President Murmu said in an interview with a local television channel, soon after her nomination.


“Reaching this office is not my personal achievement but that of all the poor people in the country of India,” President Murmu said in her address after Chief Justice of India, NV Ramana, administered her oath as the 15th President of India. She added, “My election is proof of the fact that in India, the poor can dream and also fulfill those dreams. It is the power of India’s democracy that a girl born in a poor Tribal home could reach the top most constitutional post.”

Not all see Murmu’s win as a reason for celebration, but think it is a well calculated political move. “The nomination of Murmu in the president’s candidacy was a strategic decision of the current Bharatiya Janata Party government led by Narendra Modi. He is a seasoned politician. He knows how to play a political game with people’s sentiments. The election of Murmu from a Tribal group is to cash in on the sentiments of one of the largest populations in India. They don’t have anything new to offer to citizens, and would rather create propaganda to get the sentiments of Tribal populations in their favor,” says Meenakshi Munda, an Indigenous rights activist from Jharkhand. “[Murmu’s] rise to the highest position is not going to make much difference in the lives, status, and rights of Scheduled Tribes in India. The positive in this game, however, is that at least people may google more about the Scheduled Tribes of India, especially, about their issues.” 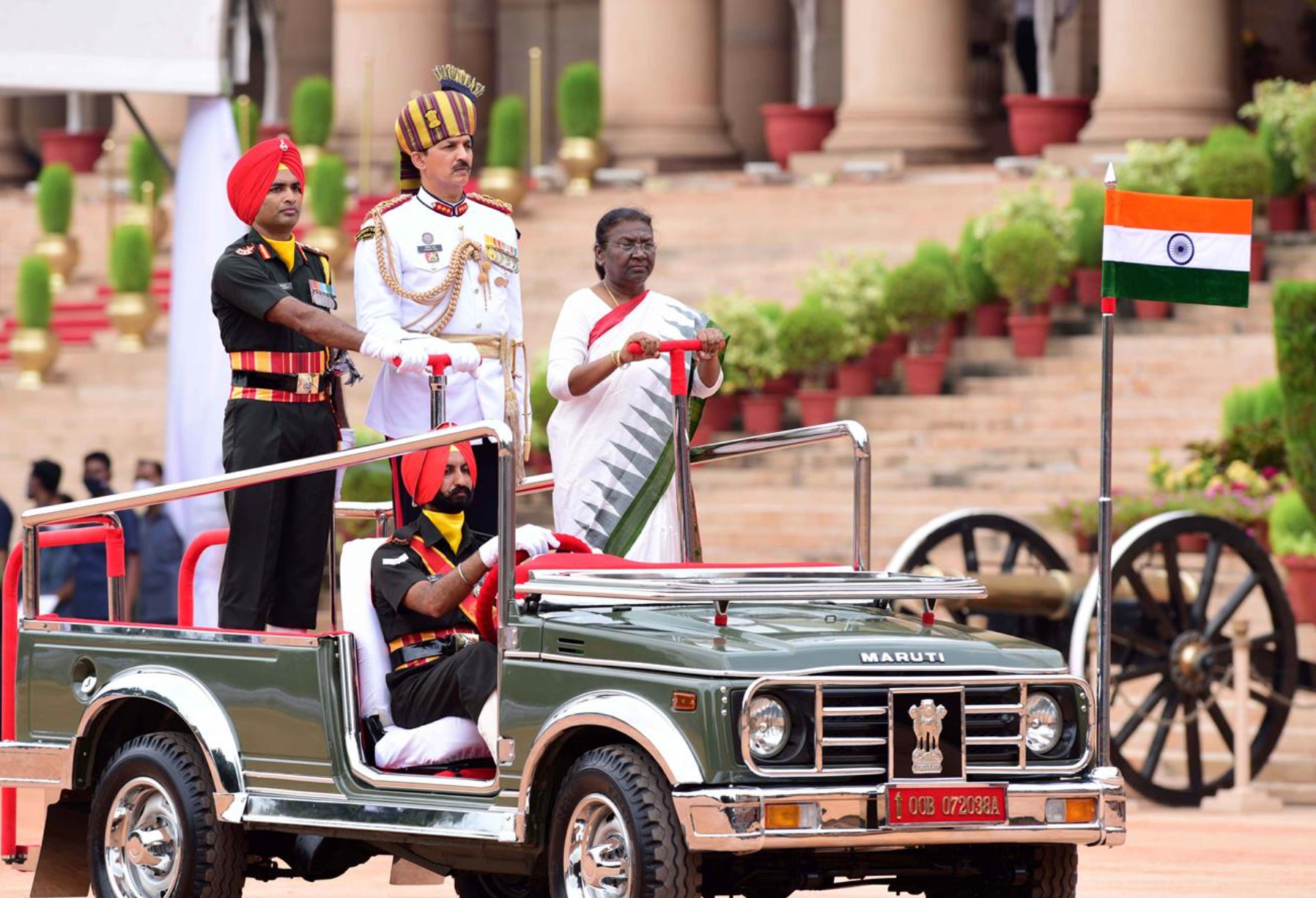 Similarly, Nina Sangma, another well-known Indigenous rights activist says, “the BJP government’s nomination of leaders from Scheduled Tribes, Scheduled castes and other [marginalized] class such as Murmu now and Ramnath Kovid [the immediate past president of India] previously in the power positions is to show symbolic inclusion from [marginalized] communities, and create merely an image of inclusiveness to hide their hidden exclusionist agenda.”

Alarmingly, there is increasing militarization on the lands and territories of Indigenous Peoples resulting in gross human rights violations such as land grabbing, displacement, and eviction. Indigenous human rights and land defenders are facing greater threats and risks. They are arbitrarily detained, physically attacked, poorly treated, surveilled, and killed for their work. There are also the issues of forced eviction of Indigenous Peoples from forests and their resources and retaliations for claims they have been making under Forest Rights Act and so forth. But the newly elected president will not be able to stand up to the Modi government or use her executive power to address the issues and rights of Scheduled Tribes of India, according to Munda and Sangma.

In Indian presidential history, Murmu makes history of being the first Indigenous person and second woman to serve as India's head of state. The president, the head of state of India has a role that holds limited powers compared with the powers of the Prime Minister, now held by Narendra Modi. According to some, Murmu’s nomination as a presidential candidate of the ruling BJP-led National Democratic Alliance was to gain support of Scheduled Tribes under the agenda of social and gender justice. The president of India, unlike most presidents across the world, does not exercise executive powers and is largely ceremonial, because the head of the state is required by the Constitution to act on the advice of ministers who possess the real power. However, the president also has power to ask ministers to reconsider actions and sway public opinion.

Narendra Modi led the BJP government previously, the candidacy of Ramnath Kovid in 2017 and now Murmu’s candidacy is seen by many as cleverly promoting inclusion to address social injustice. But many critique that there is a hidden agenda. The BJP government is targeting Tribal, other marginalized populations, and scheduled castes before the upcoming assembly election in 2024.  Right after the victory of Murmu’s in the presidential election this week, Modi tweeted, “She [Murmu] has emerged as a ray of hope for our citizens, especially the poor, marginalized and the downtrodden.”

Murmu’s predecessor, Ramnath Kovind too was the first scheduled caste/Dalit leader from Uttar Pradesh to rise to the country’s post. Many prominent Dalit activists critique that they are unaware of the contributions he made to the community, except that he was known as first head of the state from a scheduled caste—from the “untouchables.”.

Therefore, it might perhaps be wrong to compare the newly elected Murmu’s presidency with Evo Morales, an Aymara leader who like Murmu was elected as the first Indigenous president in Bolivia on December 18, 2005. Morales also has made history as one of the longest serving leaders consecutively in office in Latin America, having served almost for 14 years, from 2006 to 2019. The Evo Morales administration sought to secure more rights for Indigenous Peoples and gain greater influence in the government, effectively breaking down traditional patterns of exclusion and systematic oppression. Though the BJP government lately has made efforts to reach out to Tribal Peoples, as they are one of the largest sectors of the population, many see it as tokenism. Only time will tell if Indigenous Peoples in India will have their rights secured and gain greater influence in their country, following the example of Bolivia.

Photos courtesy of President of India.