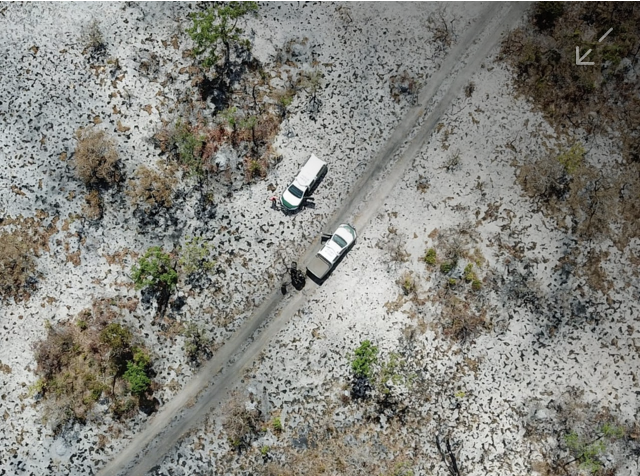 “The destruction of the ecosystem will have devastating effects on Xavante livelihoods and culture as the natural resources that are the basis of Xavante lives and culture are destroyed,” said Laura Graham, a Cultural Survival board member and anthropologist who has worked with the Xavante since the 1980s.

Mato Grosso state is the leading fire state and much of this is the environmentally sensitive and endangered cerrado biome. The cerrado is the largest savanna formation in South America, and originally covered about 25 percent of the Brazilian territory.  the cerrado biome has less legal protections than the Amazon. While this is not the Amazon biome per se,  the Amazon biome is inextricably tied to the cerrado. Major headwaters to the Amazon are located in the cerrado and as forests around these headwaters are burned or cut down, rivers and their sources dry up. Xavante leaders for decades have been fighting large scale agribusiness and mass plantations of soy which continue to pollute their water sources, deforest river headwaters and destroy the cerrado.

Hiparidi Top’Tiro (Xavante) spoke about the importance of the cerrado and the impacts of land grabs, “Big multinational companies like Bunge, Cargill, ADM, and Amaggi are also located in this area. These companies are destroying all of the cerrado that surrounds our lands. They are also poisoning our rivers and our children. They fly over our lands when they crop dust, dropping chemicals down onto us from the air. This is causing a lot of illness. My uncle was killed in 2003 in a fight to recoup some of our lands that are still occupied by soy farmers. There is a continuous war going on here. Another big problem is deforestation of the lands that surround our area. Our areas are so small that it limits our access to the natural resources that we need to live. The cerrado is where we hunt, where we harvest our foods; it is where the spirits reside and where we make our rituals. It is also the location of the Village of the Dead.”

In the region, there is great conflict and resentment on the part of large scale agriculturalists, cattle ranchers, and their sympathizers over the fact that Xavante and other Indigenous People  have designated tracts of lands set aside for their use. Agribusiness interests in the area want to plant soy on Indigenous lands and resent Indigenous Peoples who resist this. Crisantô Rudzõ (Xavante), president of the Federation of Indigenous Peoples of Mato Grosso, said “Xavante peoples are increasingly surrounded by large scale farms and their [owners] have their eyes on our lands.”

The Bolsanaro government has come under severe criticism over the sluggish response to the fires in the Amazon. President Bolsanaro has repeatedly stated that Indigenous Peoples are obstacles to development and on August 28 stated, "Policies adopted in the past were irresponsible and used the Indian as a maneuvering mass  so that... the Amazon was not under our jurisdiction and was not used for our common good...The environmental question must be conducted rationally and not with that quasi savagery."

In Bolivia, hotspots for the Amazon fires in Bolivia have been reduced by 85 percent in the past eight days due to Bolivia’s government quick action and mobilization of a massive air operation to fight the fires.

Watch: OWNERS OF THE WATER: Conflict and Collaboration over Rivers.

Related:
Xavante Leader Demands Compliance with Free, Prior and Informed Consent at the United Nations