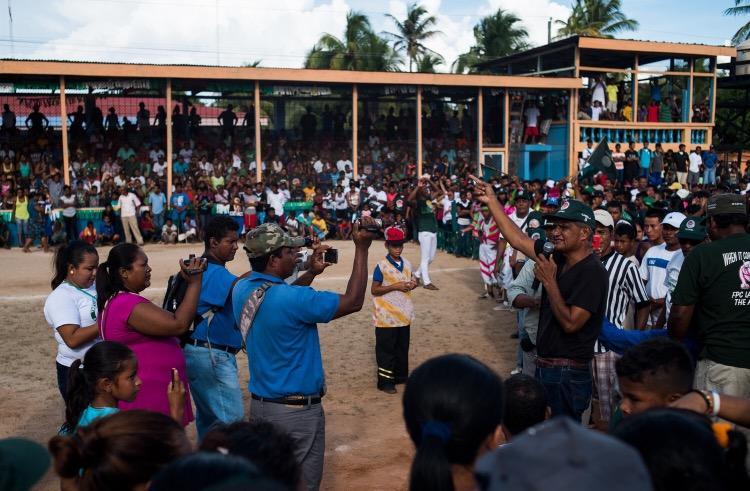 The year 2020 has not begun favorably for the Indigenous Peoples on the Nicaraguan Caribbean coast. Amidst the impending coronavirus (COVID-19) pandemic, settler colonists (called colonos) violently attack Indigenous people and invade their rainforest lands. Ten Miskitu and Mayangna leaders and land defenders have been killed since early January.

The Miskitu and Mayangna communities facing settler violence accuse the Sandinista state (2007-present) of being complicit, if not backing the colonists. The Center for Justice and Human Rights of Indigenous People (CEJUDHCAN) director Lottie Cunningham claimed that many colonos are army veterans.

For Indigenous communities on the Caribbean coast, the increasing violence is due to an ongoing internal colonization process with roots in the latter years of the Somoza dictatorship, and which increased significantly in post-revolutionary Nicaragua. Caribbean coast Indigenous factions today, have astonishingly turned on each other, divided by political party and favoritism. Mayangna leaders this month have blamed both Mayangna and Miskitu members of the Sandinista party for deaths in their communities, further frustrating relations between Indigenous and settler groups.

Just four days into the new year, on January 4th, Miskitu Youth leader Mark Rivas died by a gunshot wound to his head in his home in Bilwi (population 85,000), the capital of North Atlantic Autonomous Region (RAAN). Rivas was positioned to replace the highest Miskitu leader, Brooklyn Rivera, who in 1987 founded the Indigenous organization Yatama (Yapti Tasba Masraka Nanih Asla Takanka/Children of Mother Earth), the only opposition political party to the FSLN (the National Sandinista Liberation Front) on the Caribbean coast.


Carlos Rivas Thomas, the president of the Miskitu American Organization (MAO) and Mark Rivas’s father, stated “my son received death threats by phone just days before they killed him, but that there has been no further police investigation.” The state police ruled Mark’s death as a suicide.

Dozens of armed land colonists on January 29th attacked the Mayangna community of Alal within the Bosawas protected nature reserve. The colonists killed four, kidnapped six others, and burned 16 homes and buildings to the ground. The state police later arrested one person associated with settler colonists.

On February 16th, a young Miskitu girl was shot in the jawbone in Santa Clara, within the Wangki Twi-Tasba Raya territory. The state initially denied the shooting had happened, but pictures surfaced on Miskitu social media challenging them.

On March 26th and 27th, colonists committed two attacks in Las Minas or the mining region of RAAN. Five Tuahka Mayangna leaders and land defenders were killed and five more were injured in the communities of Wasakin and Ibu. Investigations into the attacks are underway. Yet, Edison Jony Montiel, the cousin of one of the Tuahka Mayangna men injured in Ibu, believes the ongoing pattern of violent repression and impunity guaranteed by the Sandinista state will prevail. Montiel reports, “I am in hiding from people who want to kill me.”

The Nicaraguan Caribbean Coast was at the center of resistance to the revolutionary Sandinista party, who came to power in 1979 and began attempts to integrate the Atlantic region into its revolutionary platform. Indigenous Contra fighters, who originally backed Sandinista education and literacy programs in the region, quickly realized the party would expand into their rainforests, savannah, and critical waterways.


Much of the fighting occurring today is in part due to the Nicaraguan Communal Property Law (445), which addresses land titling and demarcation. Following its passage in 2003, today, twenty-one of the twenty-three territories in the RAAN and RAAS have gained legal ownership of their lands.

A later stage of law 445 calls for the cleansing or saneamiento of their traditional lands, referring to the extremely problematic removal of the colonists from the territory. The state cannot afford to relocate settler colonists and has nowhere to put them. The drought on the Pacific side and interior of the country was the primary reason that the landless campesinos migrated to the Caribbean coast in the first place.

As Indigenous leaders request saneamiento, the settler colonists militarize to protect their homes, land, and economic livelihoods. Colonists have killed fifty Indigenous leaders and land defenders since 2014, and many more have been kidnapped, injured, and displaced from their lands. The Nicaraguan state, once a model throughout the world for recognizing Indigenous rights and territories, now fails to protect the lives and land of the Miskitu and Mayangna Peoples.

Although illegal in the autonomous regions, settlers accuse Miskitu and Mayangna community members of selling their own lands. Settlers in possession of illegal land titles cut down rainforest and torch lands to raise cattle. Cattle ranching increases the value of the land for neoliberal markets but contributes significantly to global climate change. Rivers have dried up and Indigenous Peoples are losing access to their fields, creating food insecurity and entangling the processes of settler colonialism and climate change.

There are three critical areas where the Miskitu and Mayangna are facing endemic violence: the upper Rio Coco forests, Las Minas, and Bosawas. In these three areas traditional methods of settler colonization are a driving force behind the attacks. Cattle ranchers armed with automatic weapons attack Miskitu and Mayangna villagers, who mainly have access to old shotguns and machetes.

Cattle ranching has long been one of the primary weapons of settler colonization. In Wangki Twi-Tasba Raya, settler colonists have torched Indigenous homes. Thousands fled to the riverine and coastal capitals of Waspam and Bilwi and to nearby villages along the Rio Coco/Wangki, the border between Nicaragua and Honduras. This migration route is all too familiar to the Miskitu Peoples who suffered through the war-torn years of the 1980s.

In 2020, former Contra combatants and their descendants the Upper Coco-River communities of Wangki Li Auhbra and Li Lamni Tasbaihka Kum are defending many of the same communities they did in the 1980s. Some of these territories have been awarded cautionary measures, along with CEJUDHCAN human rights defenders.

Conflicts have led to numerous deaths relating to mining operations and land titling in communities surrounding Las Minas, including Wasakin and Sahsa. In the 1980s the Sandinistas forcedly relocated several Rio Coco communities during the war, in an area referred to as Tasba Pri, or ‘Free Land’ in Miskitu. Today that population is expanding, and newer communities are forming in the eastern section of Las Minas. Settlers are organizing themselves and have formed legal and community organizations, including the ironically named Tasba Pri Farmers and Ranchers Association.

Settler violence toward Mayangna Peoples has also spread to the Bosawas protected nature reserve, located northeast of the RAAN in Jinotega and extending to the Rio Coco or Wangki river. While Las Minas is known for colonization and the illegal trafficking of Indigenous lands, Bosawas is referred to as the lungs of the Central America rainforest system. The Mayangna Bosawas region was named a UNESCO-designated Biosphere Reserve in 1997. Yet settlers here, especially in the department of Jinotega, burn down protected rainforest in order to pursue cattle-ranching activities. Jinotega, known across Central America for its cattle industry, further illustrates the linkages between neoliberalism and climate change.

Settler colonialism is a process that seeks to dislodge previous social and environmental constructs in order to establish itself to strong, homogeneous networks. The Miskitu and Mayangna are long familiar with such viral infections such as settler colonialism, yet 2020 seems to be a pivotal year for their struggle, now that they will have two deal with the imminent repercussions of another inflection: COVID-19.

The Miskitu and Mayangna of the RAAN are fighting two forms of viral infection. While the hinterland faces processes of settler dispossession, the cities of Waspam and Bilwi in particular, are ill equipped to deal with COVID-19. As the most marginalized and at-risk population in Nicaragua, they live in fear for their lives, as the state has not called for border closings, canceled schools, or cuarentena (self-quarantine), departing from government mandates in all other Central American states.

In defiance of the science on COVID-19 that calls for social distancing to mitigate the spreading of the virus, the Nicaraguan state government bizarrely allowed a cruise ship to land in a Pacific port and called for a parade in Managua on March 14, called “Love in the Time of COVID-19.” State employees were required to gather and march. FSLN (National Sandinista Liberation Front) health brigades then went house to house, to inform residents about sanitary measures needed to fight the impending virus; and to encourage them to continue their normal activities, including Holy Week festivities planned around the country.

Human Rights Watch claims the Nicaraguan public health system has been severely compromised, as 400 doctors, nurses, and medical workers were let go due to state repression following the protests that erupted throughout the country in 2018. Those who helped heal injured protestors, in defiance of government orders, lost their professions.

The WHO (World Health Organization) recommendation of social distancing and rest in place is a privilege not afforded by most Nicaraguans living in poverty, let alone the Indigenous Miskitu and Mayangna people.

The barrios of Bilwi, like many cities in Nicaragua, force people to be in constant proximity and many Miskitu homes here have several generations of family per household. Recurring outbreaks of Malaria, Chikinguna and Dengue in the last few years have exploded in crowded urban barrios of Bilwi.

The Caribbean coast is the poorest region in Nicaragua, the second poorest nation in Latin America and the Caribbean. Much of the country does not have access to running water. Nevertheless, Indigenous people like their fellow Nicaraguans, are self-organizing to fight coronavirus, creating resources in their language, despite the lack of leadership and information from the state.


Yatama Leader Brooklyn Rivera stated that no adequate coronavirus testing was available in the autonomous regions because of a lack of technology; and that seven suspicious cases were being treated in coastal hospitals, six in the RAAS capital of Bluefields (population 50,000) and one in Bilwi. The patients’ tests for the coronavirus had been sent to Managua and were waiting on results.


When Rivera  was asked if coronavirus had spread to the southern region, he said, “Well, we don’t really know,” emphasizing they were still waiting for results from Managua.

The United Nations, the Organization of American States, the Inter-American Court of Human Rights, and the Pan-American Health Organization denounced the Nicaraguan state for not providing information to its people on coronavirus. Additionally, Yatama denounced the state’s violation of their nationally and internationally recognized Indigenous rights.

Indigenous people face a disproportionate threat to infectious disease—they are small populations living in impoverished regions with poor access to public health systems. They are also guardians of the world’s remaining rainforests.

The Bilwi hospital has no security to keep visitors from visiting family members, four beds per room, and only two respirators for the RAAN region with over 160,000 residents. Former Bilwi mayor and Yatama leader Reynaldo Francis said, “If the virus took hold here, we would be dying in the streets.”

--Laura Hobson Herlihy is a lecturer in Latin American & Caribbean Studies at the University of Kansas. Brett Spencer is a PhD student in Geography at Louisiana State University. 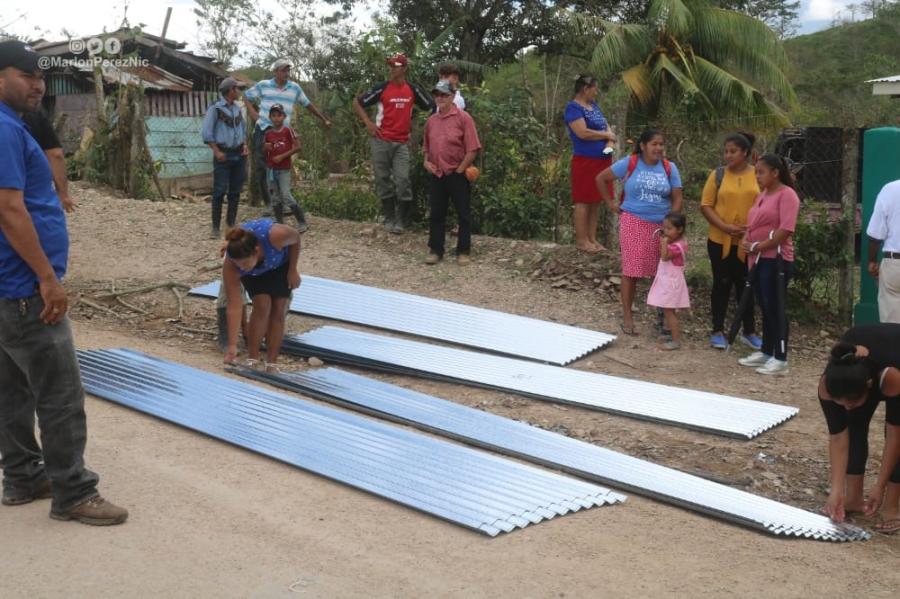 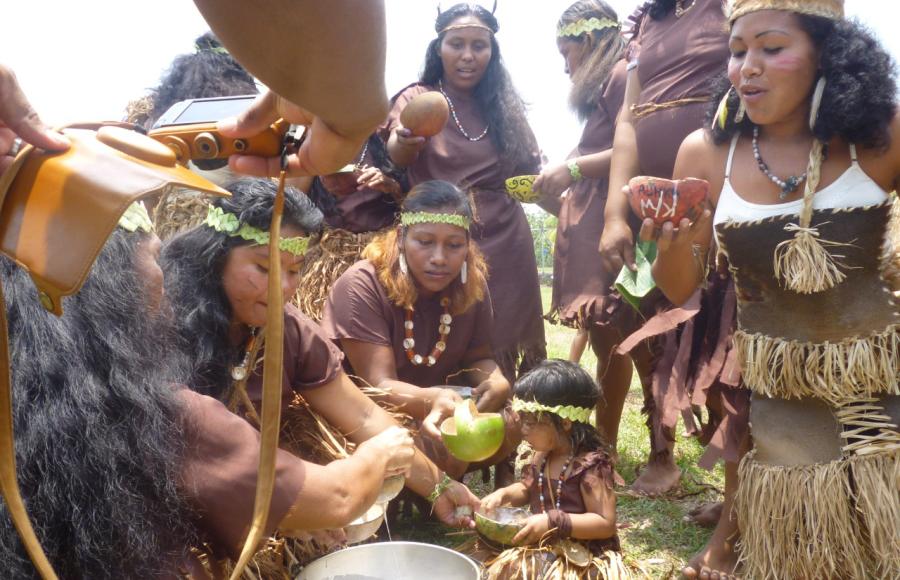