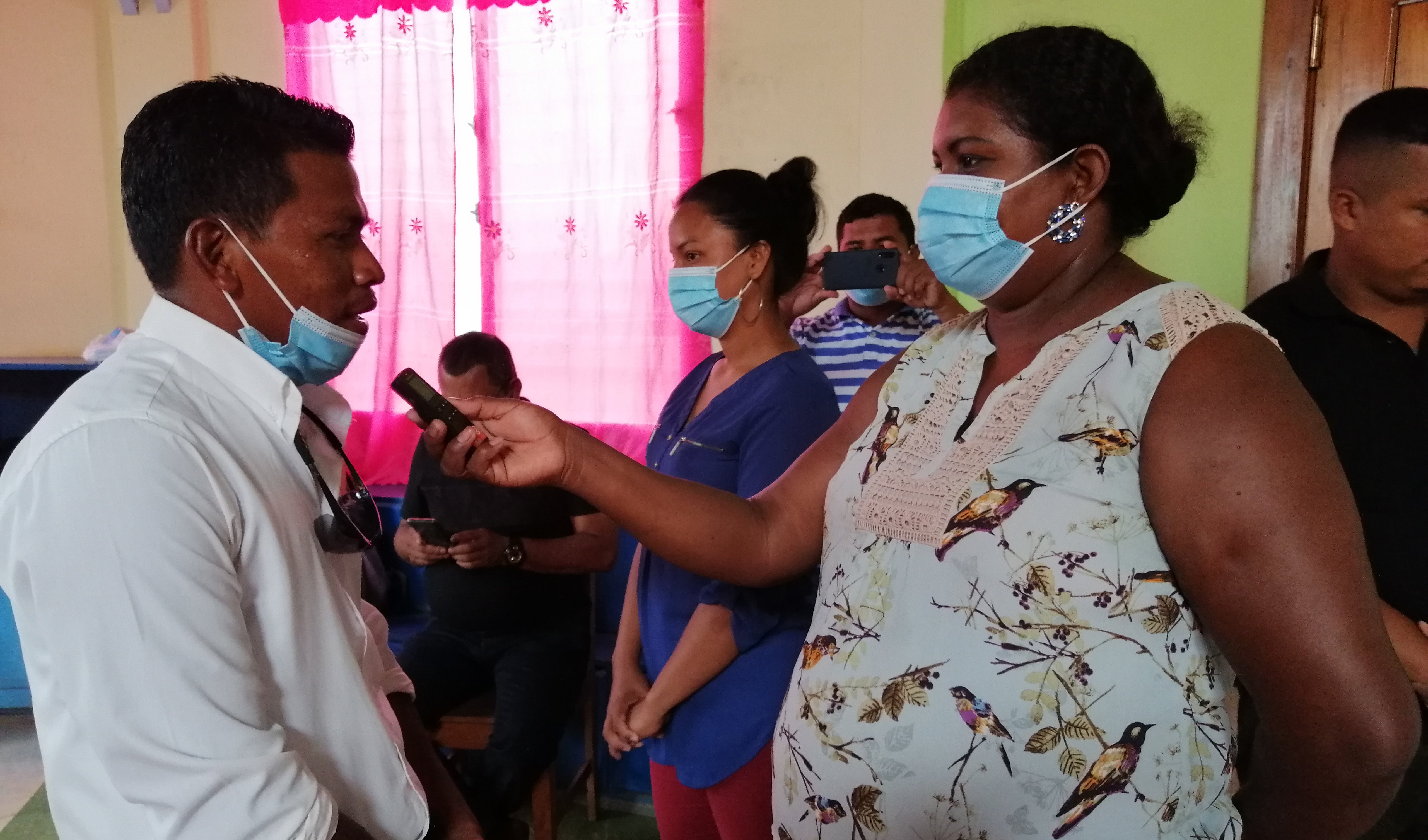 
The Autonomy Law calls for respective administrative bodies and general powers, such as Indigenous Peoples effectively participating in the preparation and execution of national development plans and programs; administering health, education, culture, supply, transportation, and community services; and promoting economic, social, and cultural projects. Likewise, it establishes that the Indigenous inhabitants of the communities of the Caribbean Coast have the right to maintain and develop their languages, religions, and cultures, and to receive bilingual education. 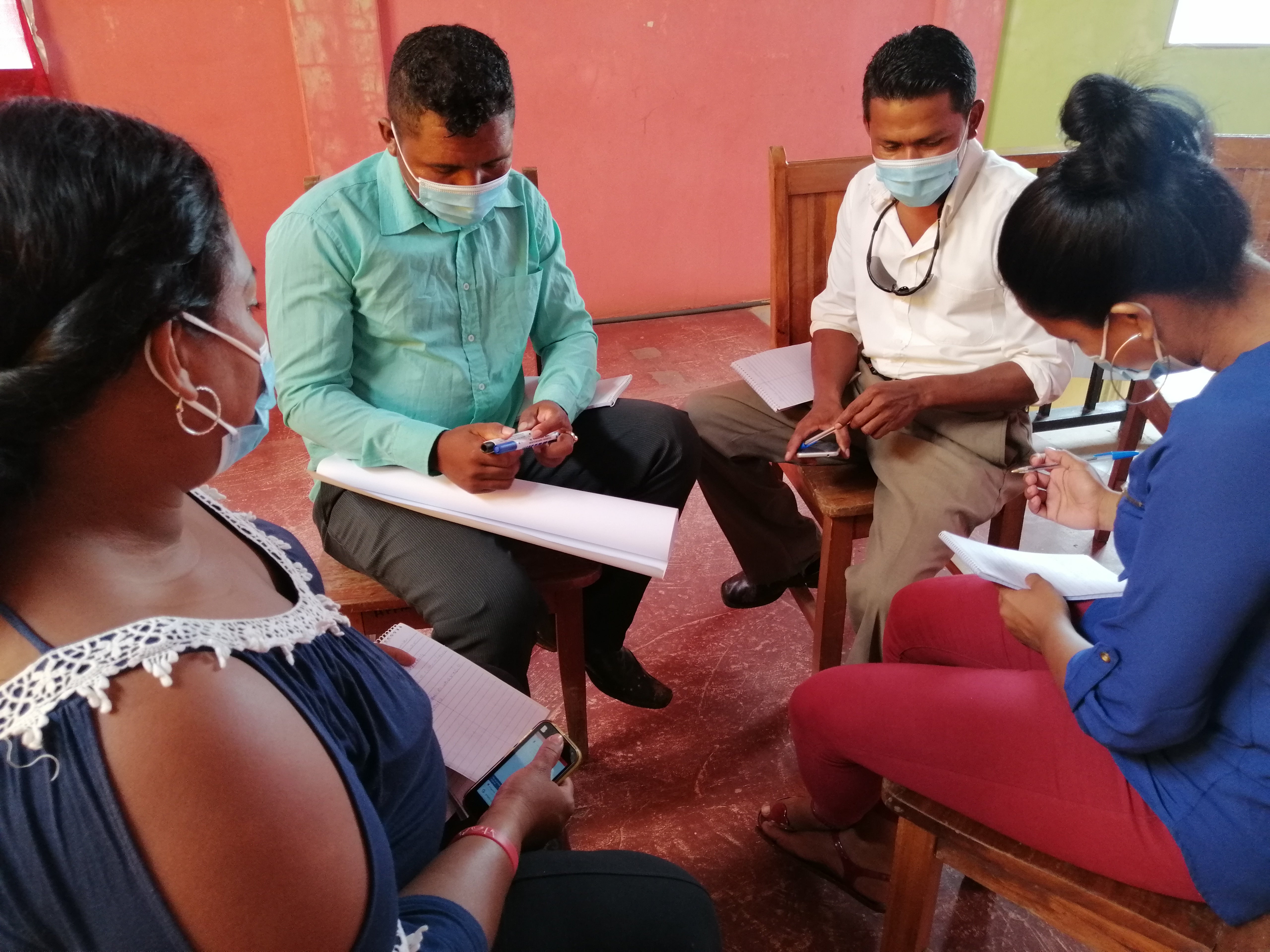 Yapti Tasba Bila Baikra of Bilwi, a network of community radio stations, primarily serves the Miskitu Indigenous population, however, some programs are aimed at the Mayagna, Ulwa, Tuahka Indigenous Peoples and the Afro-descendant population. The radio stations reach 17 Indigenous territories, covering a total of 154 communities, of which 95 percent are Miskitu.


Currently, YATAMA operates three radio stations in Waspam, Rios Coco, and Puerto Cabeza. These were born in a context of violence, assassinations, and kidnappings suffered by members of the YATAMA Indigenous communities. The community radios aim to provide space for community members to raise their voices in their own mother tongue and denounce the attacks they suffer.


YATAMA's community radios contribute to the creation of collective spaces, multiplying social, cultural, educational expressions, in defense of the land, food security, care for the environment, sovereignty, among others. Through community organization, they promote popular participation as a political right. "Our community radio stations report with the objective of solving the social problems of the communities and developing education, science, culture, and sports," highlights Brooklyn Rivera Bryan, YATAMA's senior leader. 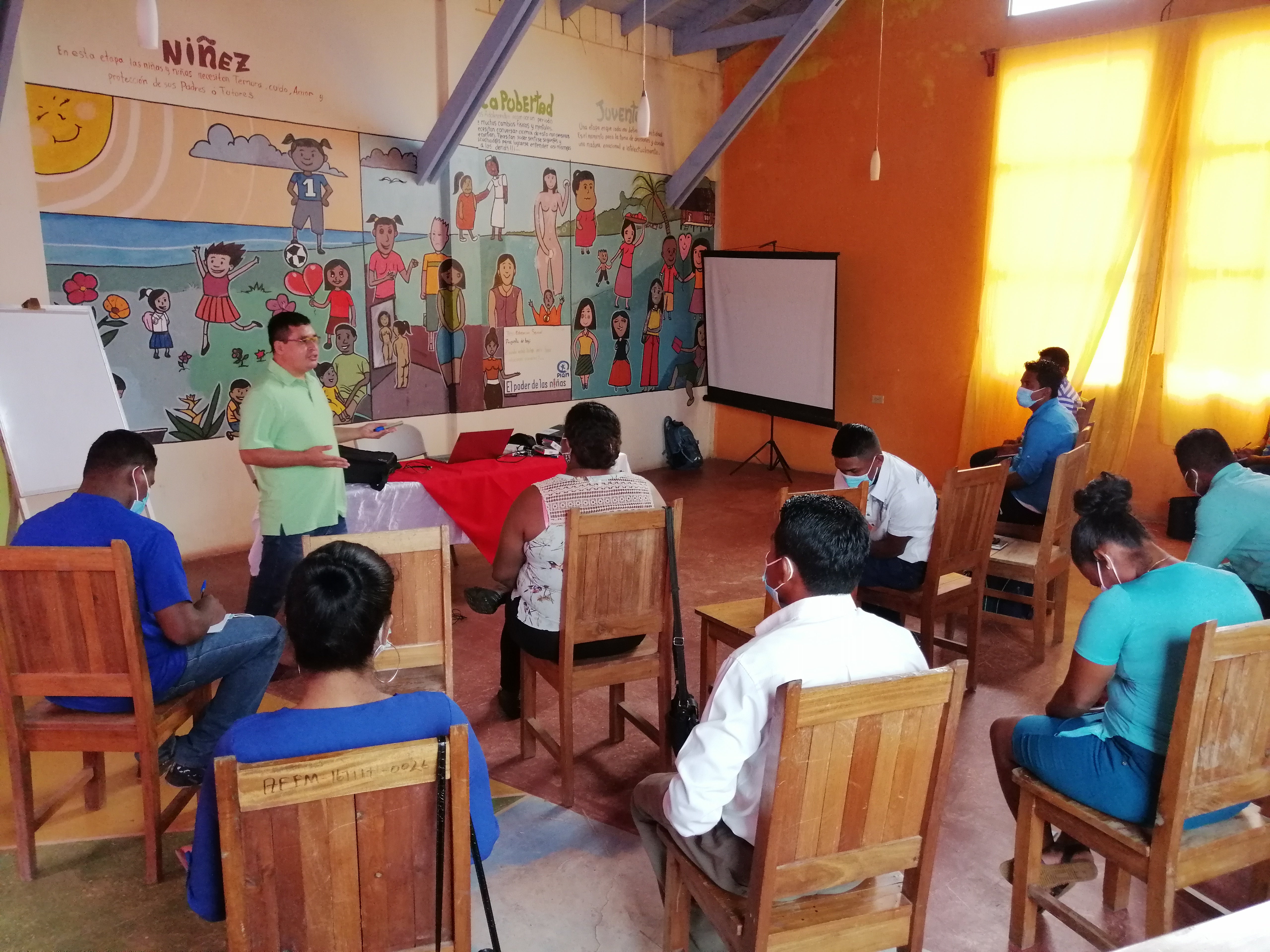 “Continuous training is important for each of the volunteers of our community radio. We recently received financial support from Cultural Survival’s Indigenous Community Media Fund to strengthen our three radio stations in the area of ​​community communication with an intercultural gender approach, they were taught topics focused on the right to free expression, the responsible construction of news and radio production; we can also equip ourselves with new microphones and computers. We are really very happy with the results of this support and we hope to continue having the opportunity to empower our communicators, ” highlighted Nancy Elizabeth Henríquez James, member of YATAMA.


José Colleman, also a member of YATAMA, points out that “through the training provided with the support of Cultural Survival, after completing the actions of the project, we see that the network of Indigenous community journalists were able to learn about some radio production techniques. They became familiar with what radio consists of, its characteristics, its languages, the medium, the genres, and the journalistic formats. Now they have the knowledge to structure an informative broadcast, prepare radio spots and make use of inclusive language which is not sexist. In all these aspects, we see the importance of the workshops provided. When we talk about communication, it contributes to change when it is an alternative and is not governed by mainstream patterns.”


The workshop, which consisted of two face-to-face meetings of three days each, provided the participants with tools to professionalize their work. Two facilitators with experience in Indigenous community communication shared examples to demonstrate that expensive technologies are not needed for good journalism, but it is necessary to be critical and responsible with the information that reaches the journalist's hands.

“I am very happy to have been able to participate in this training process. It was very dynamic and with a very simple language for us who work in communications, but we did not study it as a career. Sometimes when we are going to cover the news, other journalists with training may miss us because we do not have that knowledge that they have, but after this process, I realized that it is practice that makes the teacher. I am certainly going to put into practice everything that they have taught us here," says workshop participant Dianira Osorio Presby with a smile. 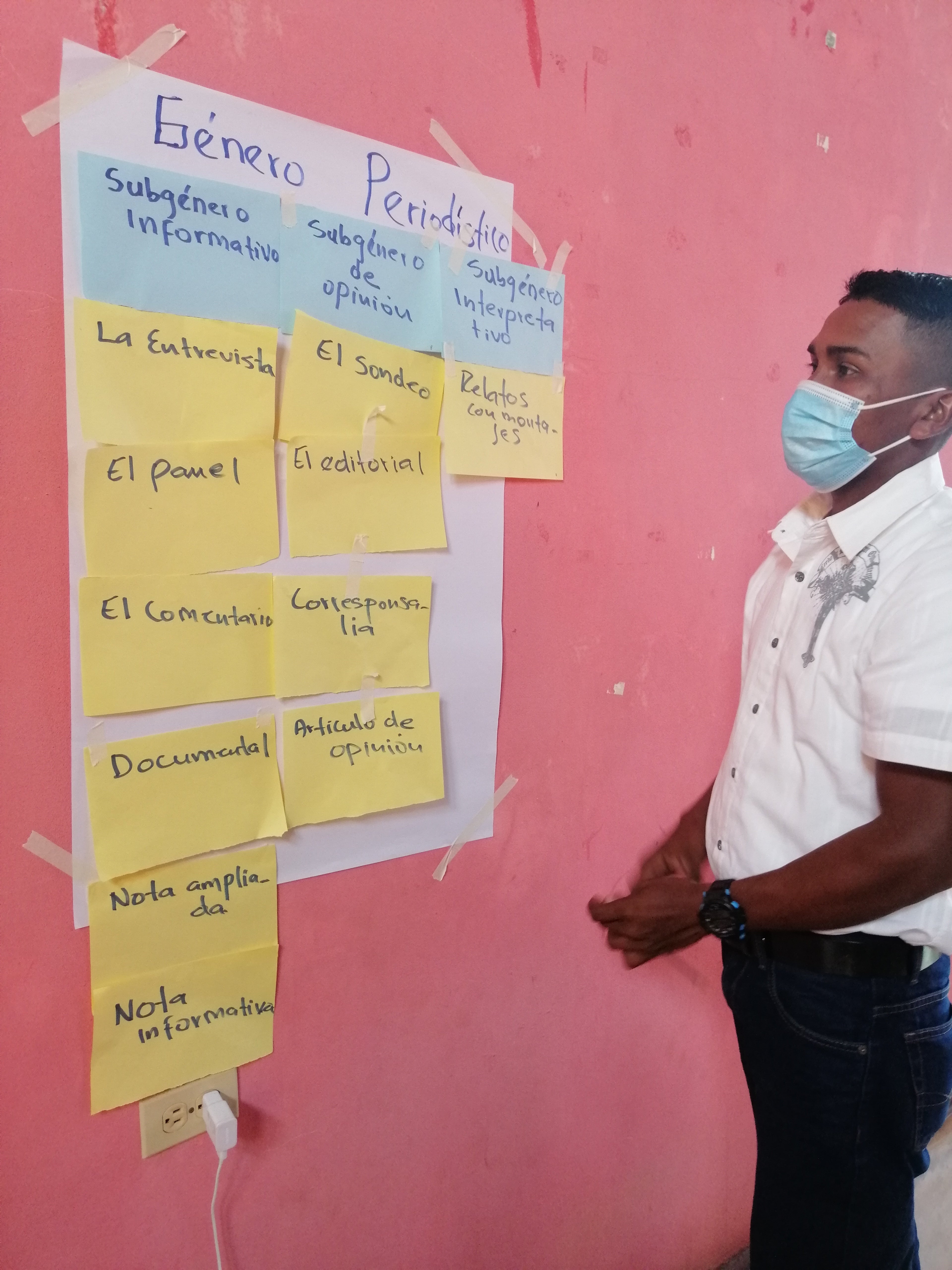 Since January 2020, the conflict over land and the pattern of systematic and widespread violence against those who defend the rights of the Mayangna and Miskitu Indigenous Peoples has worsened. This is due to the impunity with which the perpetrators and executors of illegal land trafficking act and due to the usurpation of natural resources and land, which is generally facilitated and permitted by state authorities in what appears to be a policy of covert internal colonization by the State.


The Mayangna and Miskitu communities and territories are located in the Rio Coco (Wangki) basin and in the Bosawás Biosphere Reserve. This Reserve was recognized by UNESCO's “Man and the Biosphere” program in October 1997 and ratified by the Government of Nicaragua in 2001. This area is part of the heart of the Mesoamerican biological corridor and is in turn the second-largest tropical forest of the American continent, after the Amazon. Based on this, it is considered a World Heritage Site by UNESCO. Bosawás is the traditional territory of the Miskitu and Mayangna Indigenous Peoples, titled as such by the State of Nicaragua in 2005.

In 2020, there were at least 13 murders, five people injured in armed attacks, two kidnappings, and the forced displacement of a community. Most of those impacted were Mayangna, and two attacks occurred against two Miskitu Indigenous girls. According to the Center for Justice and Human Rights of the Atlantic Coast of Nicaragua (CEJUDHCAN), 44 Miskitu people were killed, 44 injured, 50 kidnapped and 4 missing between 2011 and 2018. These acts are committed by non-State actors with the consent of the State which does not investigate the crimes. Many organizations have also denounced serious food insecurity among Indigenous Peoples deprived of their lands and livelihoods.

The North Caribbean Coast Autonomous Region (RACCN) and the Autonomous Region of the South Caribbean Coast (RACCS) have a total area of ​​60,366 km2, equivalent to 50 percent of the total area of ​​the country, and represent 15 percent of the national population. Indigenous and Afro-descendant Peoples live in 304 communities that make up 23 Indigenous and Afro-descendant territories, demarcated and titled under communal property, over a territorial extension of 37,842 km2 that represents 31.16 percent of the Nicaraguan territory. Over 39,531 families live in this territory with their own governing and administrative bodies. However, these communities live in extreme poverty, population dispersion, and in areas that are difficult to access.


Despite these legal advances, 70 percent of the titled Indigenous territories are invaded by settlers.  Some of the most affected are the territories of Wangki Twi-Tasba Raya, Wangki Li-Aubra, Mayangna Sauni As, Prisu Auhya Un, Matumbak, Twi Yahbra, Li Lamni Tasbaika Kum, and the Rama-Kriol territory. In the first quarter of 2020, the situation experienced by four Miskitus communities from the Wangki-Twi Tasba Raya Territory, and three Mayangna communities from the Mayangna Sauni As and Matumbak territory was particularly critical. 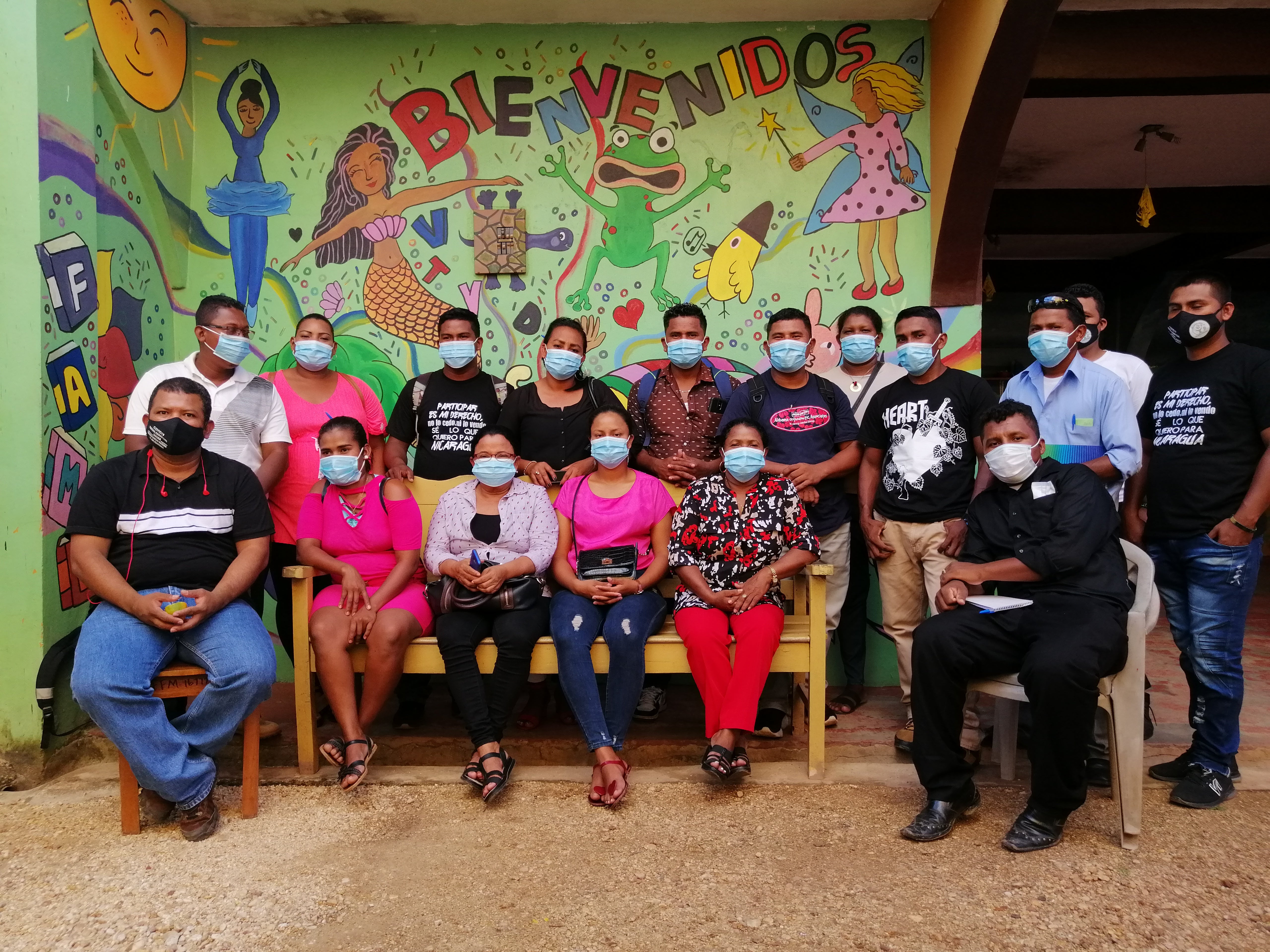 COVID-19 in the Nicaraguan Caribbean

The North Caribbean Coast of Nicaragua continues to be threatened by the COVID-19 pandemic, as Indigenous communities are more vulnerable. Forced displacement due to the illegal occupation of their lands and being border communities with Honduras makes them especially at risk.


Indigenous communities are affected by high rates of malnutrition and preexisting conditions such as respiratory and cardiovascular diseases which further affects people’s immune systems. To this we must add the lack of access to clean drinking water and the difficulties of access in the urban areas of Bilwi, and no wonder why the pandemic found the Nicaraguan Caribbean Coast in a very precarious situation. To the forced displacement and the food crisis resulting from the violent dispossession of the territory, we must add the historical neglect of the communities in terms of access to health and other essential public services to face the contingency. 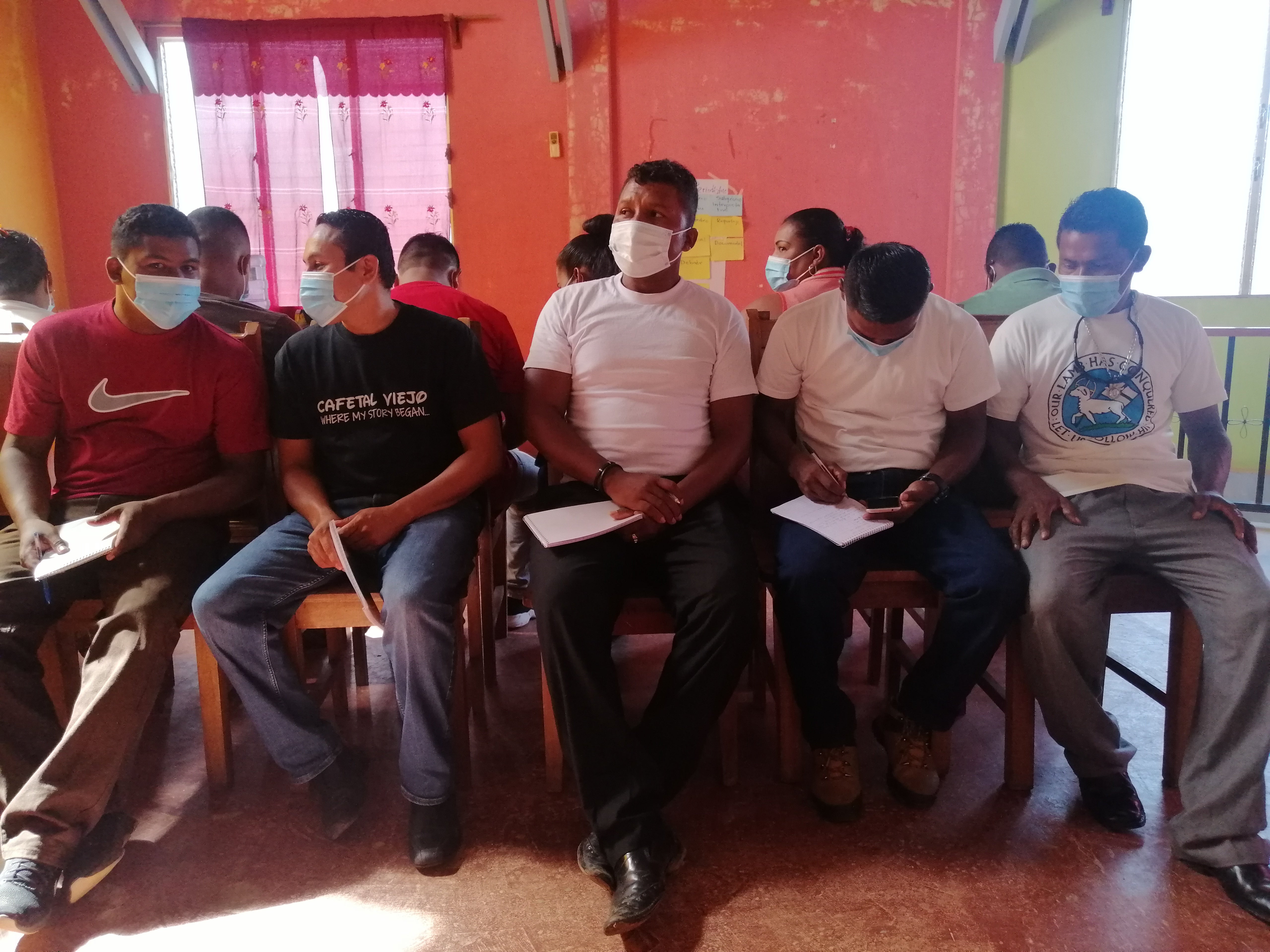 The consequences of COVID-19 on the Caribbean Coast are difficult to determine since there is no official data from the Nicaraguan Ministry of Health (MINSA) on deaths and infections in the capital cities and Indigenous communities of the RACCN. The State of Nicaragua has drawn international attention for adopting strategies contrary to international recommendations; and for imposing serious barriers to access to information, including retaliation against health professionals who criticize official indications.


There are many challenges faced by Indigenous Peoples on the northern Caribbean coast of Nicaragua in all spheres; economic, social, and political but they have faced them in an organized and empowered way thanks to Indigenous community radio.


--  José Medrano Coleman (Miskitu) is a lawyer, leader, and human rights defender. He currently represents the Egdolina Thomas Foundation, an organization that works in the accompaniment of Indigenous and Afro-descendant communities of the Caribbean Coast of Nicaragua, through social programs and projects.