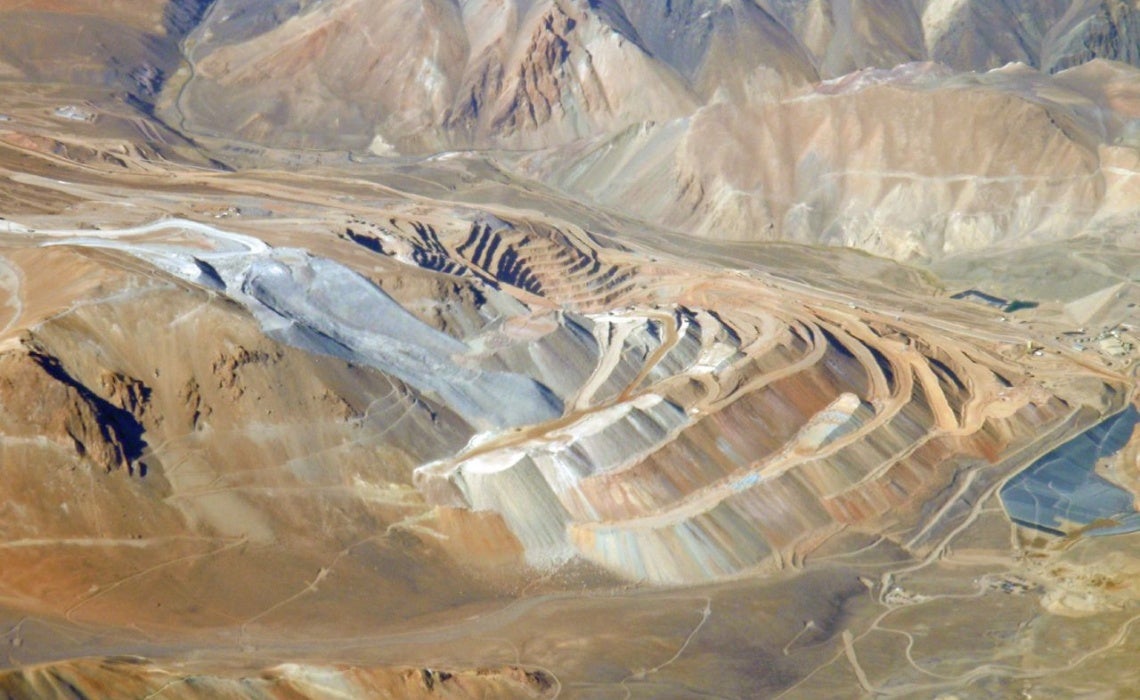 Mining in the Andes. Photo by Carsten ten Brink via Flickr

In October 2016, The Justice and Corporate Accountability Project (JCAP) published a report documenting incidents of violence associated with Canadian mining companies in Latin America. This study is the first of its kind, compiling information over a span of 15 years from 14 countries in South and Central America about violence associated with Canadian mining companies. With 41% of the large mining companies in Latin America being Canadian, it shows that a lack of accountability that these companies take for their actions abroad to be extremely problematic. Neither the Canadian government nor the industry itself are recorded to be tracking or reporting on violent incidents which affect Indigenous Peoples, and all people, throughout Latin American Countries.

Mining around the world often intrudes on Indigenous lands, and has since times of colonization. JCAP’s report identified 28 Canadian companies involved in these issues, and reported on at  least 10 detailed conflicts  in  which  Indigenous people were victims of violence and criminalization stemming from a mining corporation.  From the 14 countries that were analyzed, there were 44 deaths overall, 30 of which were labeled as “targeted.” There were also 403 injuries, occurring in events such as protests and confrontations related to the mining, 709 cases of criminalization, and a widespread geographical distribution of documented violence in all countries. Deaths, injuries, warrants, and arrests specific to Indigenous People in relation to Canadian mines occurred in 8 of the 12 countries and 73% of the women who were recorded as being sexually assaulted as a result of the Canadian mining corporations were Indigenous. Data shows however, that the Canadian companies from this study reported on only 24.2% of the total deaths and 12.3% of the injuries that were documented in the report.

The actual extent of violence and repression at Canadian mines in Latin America is likely even much higher than what is detailed in this report, but due to the broad focus on this piece,  as well as inconsistencies in media reports of Indigenous identity, this report was unable to make  definitive remarks on the full extent of the impact on Indigenous Peoples. The report focuses on violence and criminalization setting aside environmental, and health concerns due to mining as a separate issue. The authors noted that additional reports of deaths, injuries, and other abuses also surfaced during the investigation, but could not be included based on the methodology. However, this report had crucial findings for the Indigenous People in Latin America who have long been fighting Canadian mining companies. The impact of these the Canadian mining industry has been devastating and largely under-reported.  Cultural Survival has covered one controversial mine in Guatemala for over a decade- Goldcorp’s Marlin Mine, located in San Miguel Ixtahuacan, San Marcos, has been the site of deaths, intimidation, criminalization, prostitution, and the slow poisoning of an entire Indigenous community. Scheduled to finally complete the extraction of gold in 2017, plans for environmental remediation of the area and unclear and underfunded. Goldcorp’s Marlin Mine has repeatedly violated human rights and has been called on to close operations by the Inter-American Commission on Human Rights, the International Labor Organization, the Catholic Church, the UN Special Rapporteur on Indigenous Peoples, multiple advocacy organizations both locally and internationally, and even the president of Guatemala.

Hudbay’s Fenix mine is another example of the wrongful treatment of Indigenous People, with little to no reparations from the Canadian Government. This mine is located on Indigenous Maya Q’eqchi’ territory in Guatemala. Its development in the 1960s immediately led to the violent displacement of Indigenous communities with numerous reports of indecent treatment of the Indigenous People surrounding it. In 2004, Skye Resources purchased the mine and in 2008, Hudbay Minerals conveniently purchased Skye Resources. It is reported that during this time, 11 Indigenous women were gang raped during a particularly violent eviction. Other confrontations in 2009 led to one recorded death, and at least 12 separate recorded injuries. It was reported that homes were also burned to the ground during the evictions and a community leader of the time was dragged into the compound of Hudbay’s subsidiary, CGN, and murdered by the head of security of CGN. The head of security was arrested and as of 2016 is finally being tried in Guatemala. Hudbay, however, denied most of the claims and made no reparations to the Maya Q’eqchi, claiming that none of the evictions were violent. They also insisted that protesters were the attackers and targeted a government vehicle on Hudbay property, stating that several employees were injured and a protester died as a result of his gunshot wound later in the day. The Canadian company refused responsibility and kept little records of damages done in this case, as well as all of the others in this report. In fact, a large majority of incidents are undisclosed by Canadian parent companies, and when companies disregard violence related to their mining projects, the language used often lightens or inadequately explains the extent  of the injuries suffered. Company reporting for the entire study was inadequate and official government reporting was either minimal or inaccessible.

This lack of accountability is an issue common throughout Canadian companies’ operations overseas. Laws in Canada requiring companies’ disclosure of information are lax. Compared to United States Laws, Canadian companies are required to disclose less, and on top of that, enforcement is also not rigorous. This allows for the most corrupt mining companies to keep quiet on violence related to their projects.

Global Organizations such as the UN have been calling for Canadian companies to be accountable for their operations overseas for years. The United Nations Guiding Principles on Business and Human Rights notes that the responsibility to respect human rights is a global standard and is expected conduct for all business  enterprises wherever they operate. It exists regardless of States’ ability or eagerness to fulfil their own human rights obligations, and does not diminish those obligations.

The Inter American  Commission  on  Human  Rights  has  held  three  hearings  on  the  accountability of Canadian mining companies and called on Canada to adopt measures to  prevent multiple human rights violations. The Canadian government, however, continues to point to voluntary Corporate Social Responsibility (CSR) codes to measure company conduct. CSR codes suffer from deep structural problems related to the fact  that  they  are  voluntary  and  unenforceable.  They  have  no  mechanism  for  investigation,  companies cannot be sanctioned and victims cannot be compensated. Their main power is to recommend the withdrawal of the Canadian government’s financial support. This however, has yet to be done and the current CSR Counsellor’s website shows no indication of any investigations, disputes, dialogues or any engagement with specific conflicts, and has no form of an annual report.

These facts are devastating but perhaps not shocking. Antagonism with Canadian mines have been a part of Indigenous Peoples struggle for years. In January of 2011, at the request of Mexico’s Wixärika people, Cultural Survival aided in a campaign to stop a Canadian company from building a silver mine in the sacred Wirikuta Natural and Cultural Reserve. The campaign was a success after receiving 2,748 international letters in one week. The Mexican senate urged the ministry of the economy to  exhaustively review the 22 concessions granted to the Canadian mining company and to issue a public report. The secretary of the environment and natural resources was to publically release the environmental impact study that was carried out, including the protected Wirikuta reserve. Later, after much public mobilization, a moratorium was issued on mining in Wirikuta.

There have been multiple calls to the Canadian Government to regulate mining industry, but the Canadian government has argued it does not assume any legal responsibility for the activities of Canadian mining companies abroad.

According to MiningWatch in Canada, in April of 2016, 180 Latin American organizations sent in a letter to Canadian Prime Minister Trudeau to take measures to prevent systemic harms and ensure that affected peoples and communities have access to justice for the many harms taking place.   Among other things, the letter to Prime Minister Trudeau calls for measures to ensure respect for the decisions of numerous communities, both Indigenous and non-Indigenous, who have said no to large-scale mining because of its severe and damaging impacts on the environment and social well-being. The letter also called for measures to ensure effective access to Canadian courts. In Guatemala alone, an estimated 1 million people have voted against mining on their lands and in their territories given the negative impacts that have been felt around Canadian held projects, such as Goldcorp’s Marlin mine and Tahoe Resources’ Escobal mine.  “The situation for land and environment defenders in Guatemala and Latin America is progressively getting more and more dangerous. It is absolutely urgent that the Canadian government respond to the demands,” noted  Lisa Rankin for the Breaking the Silence Maritimes-Guatemala Solidarity Network.

NGOs have been working long and hard to make these reporting gaps known to shareholders and the general public. A large part of mining companies’ funding comes from Canadian citizens whose assets are invested via several institutions, particularly banks, mutual funds and public pension plans.  For now, campaigns to divest from these companies may be the most direct way Canadians and others can make their voices heard.

The following companies are listed on and have bad track record for respecting Indigenous Peoples rights in Latin America: