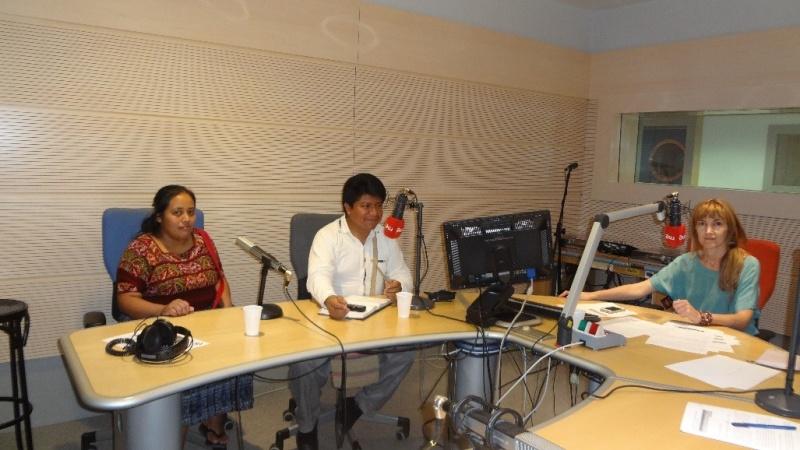 The European Commission, the executive body of the European Union, will hear the situation of Indigenous Maya communities living in Santa Cruz Barillas as they fight the Spanish company Hidralia Energy and its exploitative practices. Spokesperson for the Plural Left party Marina Albiol will present before the Commission the hydroelectric company’s “alleged crimes.”

Since 2009, Hidralia Energia, through its subsidiary Hydro Santa Cruz, has been planning a series of dams on the Q’am B’alam river, which, along with its three waterfalls, are sacred to the Q’anjob’al who live there and depend on the river for agriculture, ceremony, and recreation. Over the last five years, the community has held two referenda and has twice rejected such exploitation. Nonetheless, Hydralia continues to ignore the community’s right to free, prior, and informed consent prior to implementation of extractive projects as guaranteed in the UN Declaration on the Rights of Indigenous Peoples and the International Labor Organization’s Convention 169, which Guatemala has signed. On top of blatantly disregarding the community’s self-determination over their lands, territories, and resources, Hydralia has partnered with the Guatemalan government to criminalize leaders and activists who dare to vocalize the abuses, arresting them on trumped-up charges of drug trafficking and other erroneous offenses.

On August 28th, Albiol led a conference in Coruña in which European Union delegate to Galicia, Yolanda Diaz, was present. Diaz stated, “The Tribunal of Accounting is aware that we have before us one of the worst politico industrial plots in history. We will pressure the Parliament to end this Mafioso spoils system-driven plot.”

This announcement comes on the heels of a visit by a Q’anjob’al Mayan delegation that visited Spain in July to draw attention to Hydralia’s abhorrent practices. In May 2013, Cultural Survival brought community delegates Alfredo Baltazar and Maria Bernabe to the United Nations Permanent Forum on Indigenous Peoples' Issues, one of three United Nations bodies dedicated to addressing Indigenous Peoples' rights, to meet with various countries' missions to the United Nations to garner international support for their struggle. As the Guatemalan government has been deaf to the Mayans' demands that their rights be respected, the kind of international support implied by this latest announcement from Spain has the potential to be a important form of pressure.

Albiol affirmed, “The Guatemalan government is abusing the justice system to criminalize citizens who fight for their rights, but the responsibility is not just Guatemala’s. We’re talking about a Galician company. We also need to demand of the State that our companies don’t behave abroad in a way that violates human rights and international law.”