The Assassination of an Aj'qi'j:  Burning Up Wisdom Is Not Possible When That Same Wisdom Is The Fire 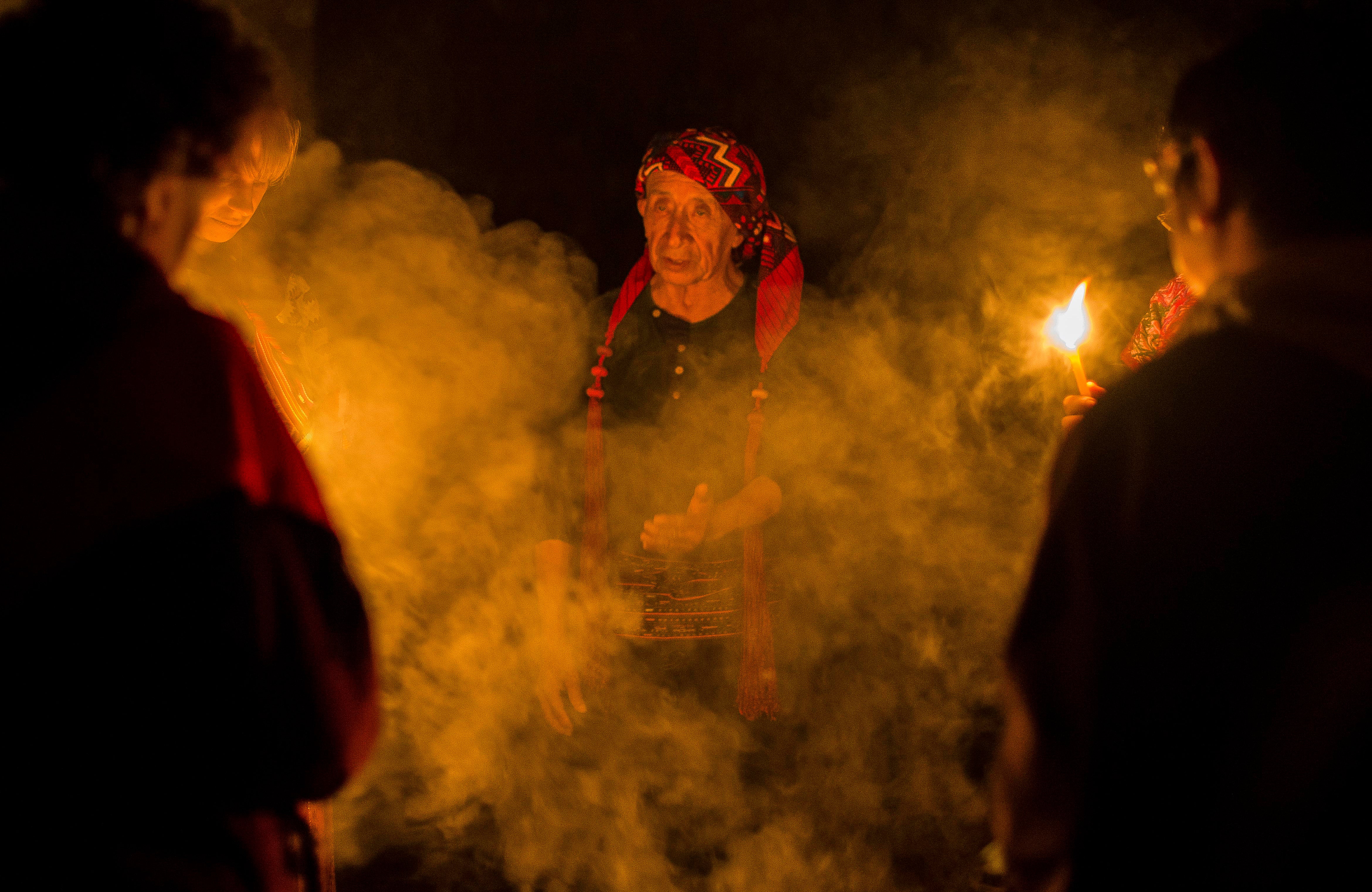 Domingo Choc Che was an Aj'q'ij (a Mayan spiritual leader and herbalist). He was a keeper of the calendar, a husband, a father, a grandfather, a brother, a guide, a counselor and a scientist.  He was assassinated by a group of people who accused him of witchcraft in the Chimay community, the municipality of San Luis in Peten.  They burned him, beat him, sprayed him with gasoline and then lit him on fire.  That is how his life ended.

For over 500 years, since the arrival of the Spaniards, Mayan spirituality has been devalued and a new religion brought in:  Christianity in the form of Catholicism.  According to documents from that period,  the king of Spain was told that the practices found in this territory were satanic and demonic.  Everything was judged based on this short-sightedness, this ignorance, believing that they brought the supreme truth.  Not understanding and without even investigating what they were observing.

Mayan spirituality has existed for centuries.  It is practiced now, in our time, and is essential to Mayan way of life.  It is the element that affirms one's identity as a human being and reaffirms one's belonging to a group.  For me, since my first experience involved in the fire ceremony, I felt something special, something that was ignited within me.  Now, every time that I perform a Mayan ceremony, I feel full and complete.  I think each of us carries that memory within.  Something that is imprinted on our essence, that memory that the grandparents of my grandparents lived--which is inside me. 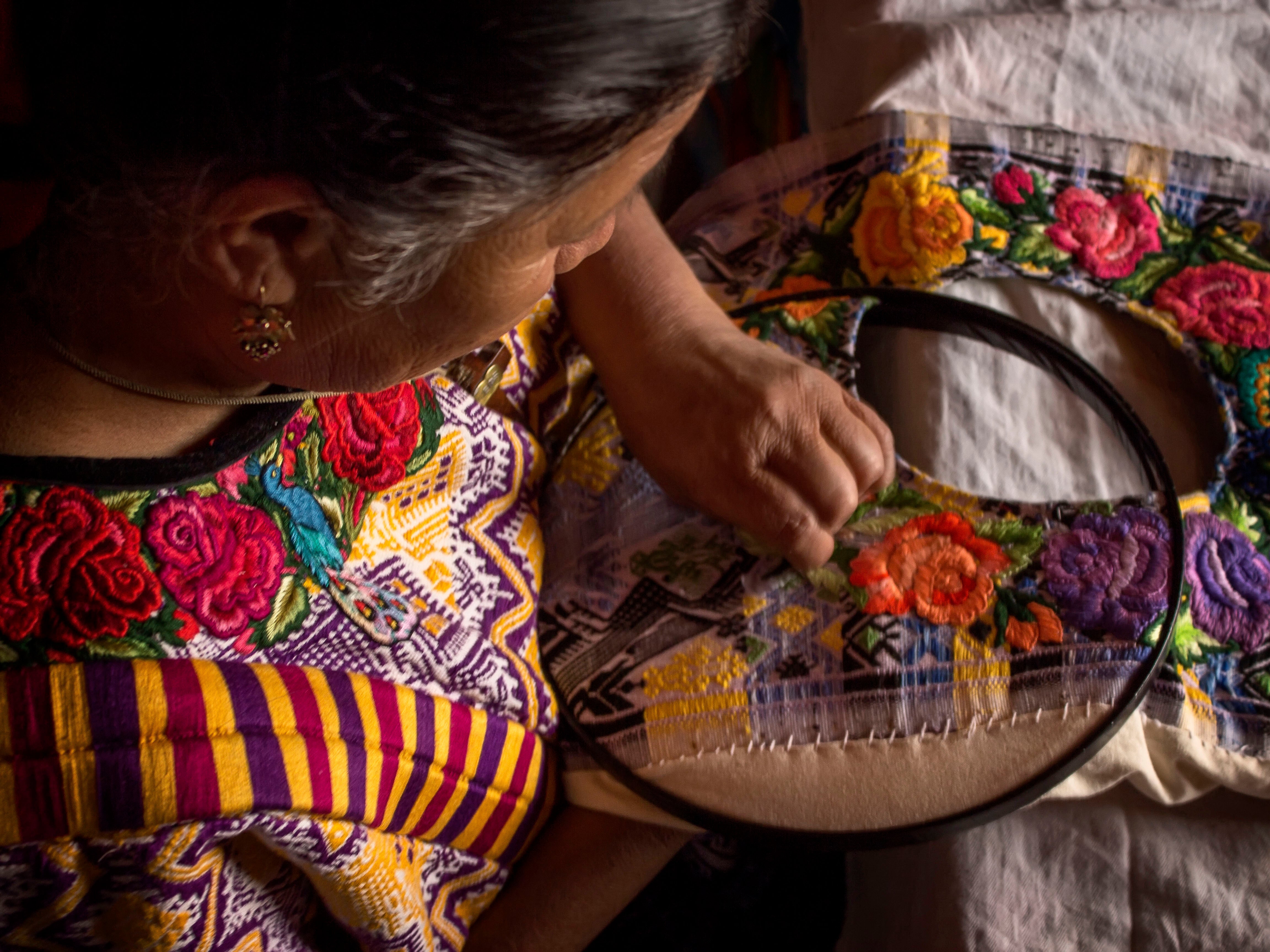 For years I studied in religious institutions, Catholic and Evangelical, but I never felt part of them. There was something inside of me that I didn't understand.  It was speaking of love for one's fellow human being, notably different from the Catholic priests and Evangelical pastors and the members of their churches.  It wasn't easy for my child's mind to understand a book that talked about an owner and a master of creation.  It was very painful for me to hear that people who had the same color skin as mine, who dressed like me and spoke the same language, believed in something that was evil.

When I had the opportunity to be near an elder, a spiritual guide and listen to the idea that we were all part of creation, no one person being more or less, I felt very good.   I felt liberated and content hearing that a stone has energy accumulated over the time it is in its place, that a plant is wiser than a human because of the time it spends within the cycle of life and that animals are siblings in another form.  I felt satisfied and filled with respect and power for being part of something so great.
That is the Mayan worldview, the way we see the cosmos, our perception and our co-existence with the place we inhabit, the entire universe which is outside and within each individual--that each variation in it defines a personality and energy that we live with.  We are part of something grand and beautiful, full of color, life and happiness.  All of us are part of the cycle of life and in any moment,  we provide for each other.  We are each other's sustenance, even though there are moments of competition and struggles to survive.

Holding us at sword point and with beatings, they prohibited our Mayan practices and ancient costumes.  They forced us to attend church, to adore their god--the one they themselves killed for being radical and different.  They built temples on our places of sacred energy.  They wanted to erase our memory.  Yet even now, when one goes to a church, we know that there are ashes from the ceremonial fire that connect us to life, to the wisdom of our people.  They continue to steal the land, pushing us aside.  They took over fertile lands and now those lands have become infertile through their mistreatment of them.  Now they see that the mountains where we live are rich in minerals and so they want to destroy them.

There has been much discussion about the belief systems and ways of thinking among the various groups that inhabit the world.  And although each has been advancing according to how it understands its environment, there is a general view that with respect and tolerance we can coexist together.  Nevertheless, there is plenty missing in order to advance.  And in the midst of this battle we have received the painful news of the death of a guide, someone who knew how take care of himself and offer well-being to the community through nature.  Someone who knew how to see natural phenomena, to function according to the natural calendar, notice the changes based on lunar and solar cycles.  They have deprived us of someone who cared for the community.

It's essential to understand that for more than 500 years there's been a desire to erase the Mayan peoples, but they haven't been able to accomplish that, and they will not be able to do it.  We are peoples who move around, we adapt, we build our beautiful temples on land suitable for living.  We do this with technological systems that ensure that we live on.  They are certain that the Maya have disappeared, but we are here.  We are the fruit of those grandparents who authored the Pop Wuj (translator's note:  Pop Wuj is the ancient sacred text of the Mayan peoples) and who built Takalik abaj, Uaxactun, Palenque and many, many more places.  We are the progeny of the wise ancestors who created calendars by studying the movement of the sun, the moon, the planets, and who adapted their way of life according to the energy of each cycle.

Ceremonial fire is the way we communicate with the universe, the means for connecting ourselves mentally and spiritually with our ancestors.  It is the place where we converse with the energy of the day, with the space in which we reflect on our path through life and with the moment in which we commit ourselves to that which moves us from deep within, that which gives us enthusiasm and in which we concentrate our energies.  All of this is what I have experienced at the ceremonial fire.  It is what, today, makes me feel proud to be K'iche', to see my mother with her guipil, her corte so full of color and history (translator's note:  the guipil and the corte make up the traditional dress of Indigenous Mayan women).  It makes me remember my grandmothers with the same dress that today, I see my mother wearing.  Through fire, they want to burn up the wisdom of Domingo Choc, but they only return the wisdom to where the wisdom was created.

--Henning Sac is a Maya K'iche' in Quetzaltenango. He is a documentary photographer, a social and commercial investigator with a degree in civil engineering from the University of San Carlos, Guatemala.  He is a social anthropology instructor at the Central University of the Occidente.  His career includes work with producers and vendors in the southwest of Guatemala and graphic documentation of various processes for international organizations.  He spends his time researching the ancestral practices of the Mayan peoples with specific interest in the semiotics of Mayan weaving and Mayan worldview.

All photos by Henning Sac.