After 30 Years, Only 23 Countries Have Ratified Indigenous and Tribal Peoples Convention ILO 169 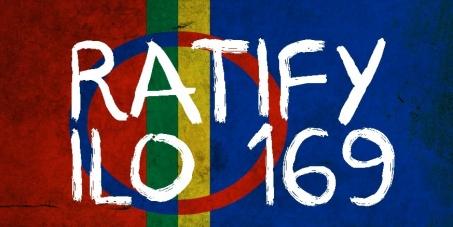 Thirty years ago, on June 27, 1989, the International Labor Organization (ILO) adopted Convention No. 169 on Indigenous and Tribal Peoples, to facilitate the development of dialogue between a country’s government and the Indigenous Peoples who live in that country. Its central aim is to protect the human rights of Indigenous Peoples and acknowledge “the aspirations of these peoples to exercise control over their own institutions, ways of life and economic development and to maintain and develop their identities, languages and religions, within the framework of the States in which they live.”

Established in 1919, the International Labor Organization is the only specialized agency of the United Nations. Its aim is “to set labour standards, develop policies and devise programmes promoting decent work for all women and men.” The ILO is a tripartite agency made up of representatives elected by governments, employers, and workers from each member state. The representatives for workers are typically national trade union associations, which is how Indigenous Peoples can participate.

The ILO Convention 169 is a revision of Convention 107, which was adopted in 1957. ILO 107 also covered topics such as health, education, and land rights, but it was revised because of concerns that it perpetuated a philosophy of assimilation and paternalism. Convention 169 requires actions that resemble support for self-determination, though that phrase is not explicitly stated in the text. For example, governments must “consult the peoples concerned,” “establish means by which these peoples can freely participate...at all levels of decision-making in elective institutions and administrative and other bodies responsible for policies and programmes which concern them,” and “establish means for the full development of these people's' own institutions and initiatives, and in appropriate cases provide the resources necessary for this purpose.” While ILO 169 shies away from directly protecting “self-determination,” the document does seek to protect the rights closely associated with it.

After ratifying, states are given one year to act to implement ILO 169 and address issues in their country that conflict with the convention, and then they must submit a report to the ILO for review. The ILO Committee of Experts on the Application of Conventions and Recommendations then responds to the report and sends it to trade unions and an organization of employers, who can also respond to the report. Countries are then reviewed periodically and expected to respond accordingly to all requests the ILO makes.

Convention 169 also paved the way for the development of the United Nations Declaration on the Rights of Indigenous Peoples (UNDRIP). Both advocate for the rights and respect of Indigenous Peoples, but an important distinction is that ILO 169 is a legally binding document. ILO 169 also addresses Indigenous and Tribal Peoples’ right to Free, Prior, and Informed Consent (FPIC), or the collective right to have information on and participation in the decision-making processes of projects that affect them.

The revised ILO 169 uses language to center Indigenous Peoples and show respect to their lives and identities. “Self-identification” is a “fundamental criterion” for defining who is Indigenous or Tribal and who this convention should apply to. Other articles point to a need to “guarantee respect for their integrity.” Any actions a government makes in attempt to ratify this convention and make changes in their country “shall not be contrary to the freely-expressed wishes of the peoples concerned.” Indigenous Peoples also must “retain their own customs and institutions,” and “governments shall respect the special importance for the cultures and spiritual values” Indigenous Peoples have regarding their relationships with their lands. There is a notable emphasis on respect and listening to the needs of Indigenous Peoples that was not as prevalent in ILO 107.

Article 28 also addresses that children should be taught to read and write in their Indigenous languages or the respective languages of their group whenever possible, and when it is not possible, the government must act to make sure the given language will be preserved and promoted so that children can eventually learn it. Given that governments have often played a large role in the systemic suppression and eradication of Indigenous languages, this article acknowledges the importance of rebuilding a language for future generations.

Since 1989, only 23 countries have ratified the treaty, and ILO 169 continues to hold those governments accountable for violations. Guatemala ratified in 1996, and in 2014 the Guatemalan Appeals Court ruled that “the government must take into account the right to Free, Prior and Informed Consent when granting mining licenses on the lands of Indigenous communities.” This ruling came after the Sipakapense People’s Council came forward and stated that the Ministry of Energy and Mines did not consider the results of a 2005 community consultation before giving a Canadian mining company a mining license. ILO Convention 169 gives communities an opportunity to hold their government accountable to the agreement that it ratified, as well as the support of the International Labor Organization.

In January 2019, the president of Brazil, Jair Bolsonaro, tweeted a statement that the Indigenous Peoples of Brazil should be integrated into Brazilian society. Brazil ratified ILO 169 in 2002. In response, UN Rapporteur on the Rights of Indigenous Peoples Victoria Tauli-Corpuz (Kankana-ey Igorot) said, “This is a discriminatory and racist statement which is not in compliance with Brazil's legal obligations to international human rights laws and standards. The ILO [International Labor Organization] Convention No. 169, which Brazil ratified, and the UN Declaration on the Rights of Indigenous Peoples strongly affirm that Indigenous peoples have the right to determine whether they would like to be integrated into the dominant society or maintain their own cultures and identities.”

Bolsonaro has also stated that “not one centimeter of land will be demarcated for Indigenous reserves,” which would clearly violate ILO 169 which Brazil has ratified. In response, Indigenous leader Maria Helena of the Gavião people in Brazil, said, “This is an affront to us, this is a violation of our rights….This government is anti-Indigenous. We are not happy with him, with what he has been doing.”

Christophe Yanuwana Pierre is an activist of the Kali’na people from French Guiana, an overseas department of France. He is a founder of Jeunesse autochtone de Guyane (JAG), or Native Youth of Guiana, a movement and organization that works for the respect of the rights of Indigenous Peoples. Regarding the land that was taken through colonization, he states, “Because we were not considered human beings, the Indigenous peoples were not taken into account when France declared itself master of this territory. But it’s just theft. These surrendered lands must be under Indigenous sovereignty. It’s complicated because in French law we are not recognised as a people. According to the French Constitution, there is only one people: the French people.” One of their demands is for the French government to ratify the ILO Convention 169 to gain respect and recognition as an Indigenous People. Pierre also says that, “The (French) National Consultative Commission for Human Rights has rightly argued in favour by stating in a report that this convention is not necessarily anti-constitutional. It depends on how it is applied.”

The ILO 169 Convention simultaneously is a legal agreement and offers technical assistance to countries that ratify. It suggests measures and safeguards to make sure Indigenous Peoples actually benefit from ratification.  By ratifying the convention, a country also gains access to the ILO’s “supervisory mechanisms, technical assistance programmes, and tripartite constituents (government, employers, and workers) that would facilitate the monitoring of the implementation” of domestic laws and policies. This is an invaluable resource to governments seeking to repair and improve the relationship with Indigenous Peoples.

The thirtieth anniversary of Convention 169 is the product of years of advocacy work that Indigenous Peoples have done to attain this mechanism for dialogue at the international level. ILO 169 is not just a roadmap for countries to follow to thoroughly protect the rights and cultures of Indigenous Peoples that live there, but it is also a legal opportunity for Indigenous Peoples to hold governments accountable. Les Malezer (Gubbi Gubbi/Butchulla), a UN Permanent Forum on Indigenous Issues Member, stated, "I am emphasising the fact the ILO Convention No. 169 was adopted 30 years ago but only 23 countries have ratified it. Also the ILO is celebrating its existence now for 100 years, so it should already be reminding States to ratify this treaty regarding rights of Indigenous Peoples."

Image by: Nonviolence Students ÅAU P. who started a petition to the Parliament of Finland to ratify ILO 169.

Countries which have ratified ILO 169: 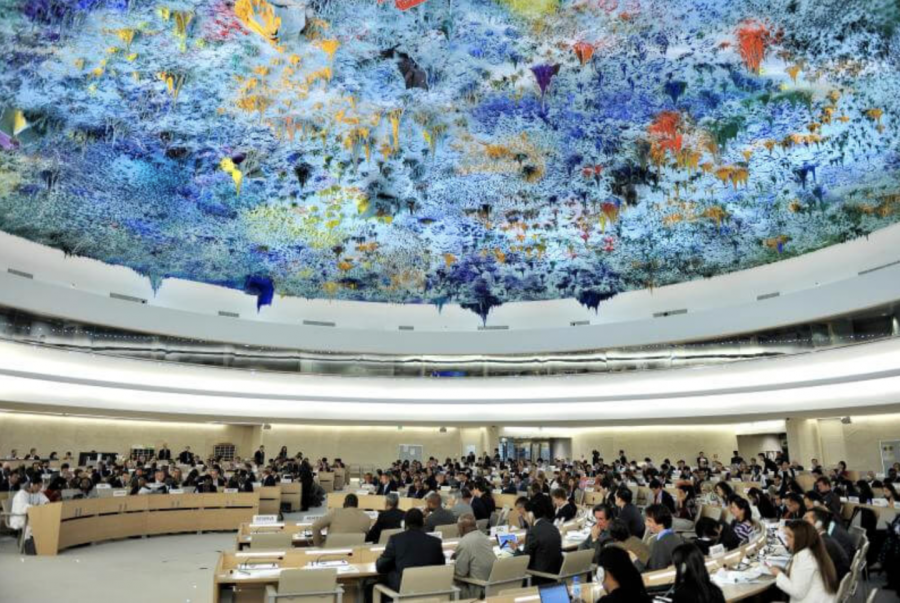 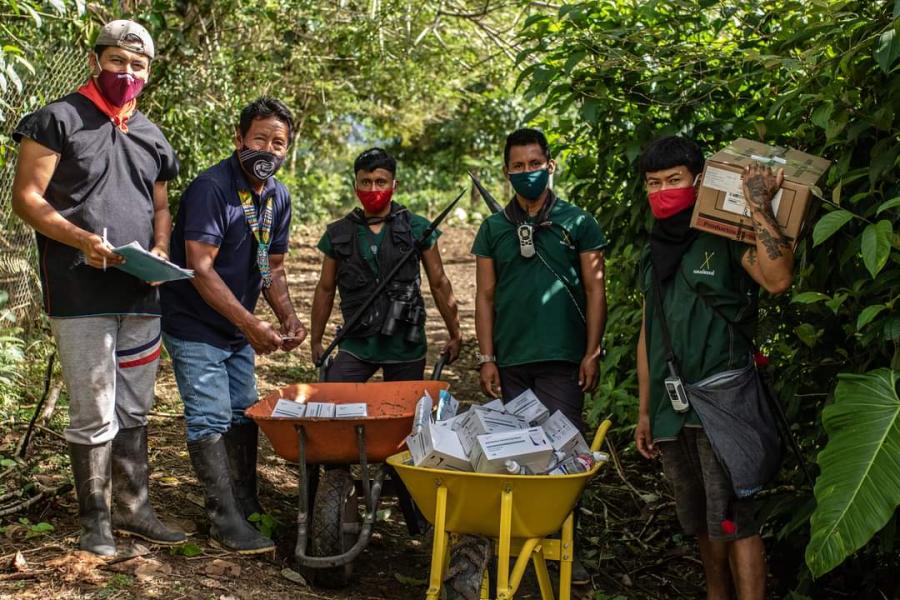