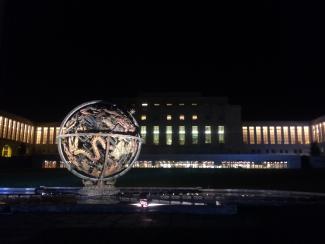 The ILO is the only specialized agency to survive the League of Nations, which we know today as the United Nations. Founded in 1919, the ILO has always included Indigenous Peoples on its agenda for justice. In the 1920s, the ILO initiated studies investigating labor conditions of Indigenous and tribal workers. In recognition of the subjugation of Indigenous Peoples to the colonial work force around the world, they were included in the groups protected under ILO Convention 29 focusing on forced labor.

For decades, the ILO’s efforts included multifaceted actions of creative programming, publishing research, and adopting international standards recognizing Indigenous rights in specific conventions. In 1951 the ILO Committee of Experts on Indigenous Labour suggested a plan to solve some aspects of the problems facing Indigenous Peoples, an impetus that led to the creation of a 20-year program in the Americas in 1952. This program would ultimately serve as a model for future program collaborations of various specialized UN agencies, and even regional organizations such as the Andean Indian Program. Covering some 250,000 Indigenous people in Argentina, Bolivia, Chile, Colombia, Ecuador, Peru, and Venezuela, it brought together other UN agencies such as the World Health Organization, the Food and Agriculture Organization, and UN Educational Scientific and Cultural Organization. It also led to the publication of a comprehensive study of the core social and economic conditions facing Indigenous Peoples in the Americas, Indigenous Peoples: Living Conditions of Aboriginal Populations in Independent Countries.

A historic step for human rights of Indigenous Peoples was the articulation and adoption of an international convention guaranteeing the rights of Indigenous Peoples in their living and working conditions. The Indigenous and Tribal Peoples Convention 107 was adopted in 1957, covering a range of human rights issues such as working conditions, health, education, and land rights. The comprehensive coverage of these rights is particularly significant, as it was the world’s first attempt to codify Indigenous rights in international law through a binding convention.

A major concern about ILO 107 was the assimilation philosophy that dominated the mindset of humanity at the time. But, the paternalistic philosophy of the previous century slowly receded as Indigenous Peoples convinced international organizations of the possibilities for their cultural and political contribution to global progress. At an ILO Meeting of Experts in 1986, at the behest of Indigenous Peoples, there was discussion of revision of the original convention. The evolution of the 20th Century world, and worldview, is reflected in the amendments of ILO 169.

The first step in what became a two-year revision process was sending out questionnaires for the three bodies of government, employers, and employees. The troika role of governance in the ILO is significant for Indigenous Peoples, who usually participate through employee representatives. First Nations in Canada, for example, responded to the questionnaire through a labor union and continued this partnership in the actual negotiations, suggesting language that eventually appeared in the ILO convention negotiation text. At the actual adoption in 1989, Indigenous Peoples were allowed to participate through the Canadian Labour Congress. Cree advocates came into the hallways during the negotiation to share what was happening inside and to receive advice on legal language to insert into the convention text. In this way, Indigenous Peoples were able to monitor the meeting and also draft articles to reverse the assimilation perspective while working toward the right of self-determination.

The language of ILO 169 is markedly different from 107, recognizing that it “takes the approach of respect for the cultures, ways of life, traditions and customary laws of Indigenous and tribal Peoples who are covered by it. It presumes that they will continue to exist as parts of national societies with their own identity, their own structures and their own traditions. The Convention presumes that these structures and ways of life have a value that needs to be protected.”

Today, 22 States have ratified ILO 169. States cannot make reservations when ratifying; they must accept the entire convention. They are allowed one year to conform in areas of concern, at which point they must report to the ILO Committee of Experts on Recommendations on their realization of the rights in the convention. Besides the ILO, the report is also sent to an organization of employers at the national level, who have a right to respond. The government also sends the report to trade unions, which have the right to comment and respond to specific paragraphs.

Indigenous Peoples generally participate in the process through the trade unions. Every comment or citation of violation is taken into account in a process that is repeated every five years to monitor the implementation of the rights in ILO 169 for each State that ratified it. Of course, if there is a clear violation recognized by the ILO Committee of Experts or a credible report citing specific abuses, the five-year cycle can be abridged. The result of an observation of a convention violation is published in the Committee of Experts report and goes to the annual ILO Conference Committee on the Application of Standards each June.

In order to get the Committee of Experts to take action on a citation or violation, it is important to submit the report before the end of September. This can be done during the annual UN Human Rights Council September session where resolutions are adopted on Indigenous Peoples. While in Geneva for the Expert Mechanism on the Rights of Indigenous Peoples report to the UN Human Rights Council, it is possible to walk up the hill to file a report with the ILO. The Committee of Experts (currently 20 members but set to expand to 22 members) meets annually in November-December.

The report, which should contain objectively researched information citing the violation of Indigenous rights under ILO 169, should be submitted every September. The government record of response is nearly 60 percent. The Committee of Experts can demand that governments respond to their direct request about their inquiry coming from the trade union based on Indigenous peoples’ claims. If the response is not adequate the request can also be published publicly and sent to the ILO Conference Committee meeting at the Palais des Nations in June. Like many similar instruments and institutions, ILO 169 is designed to put continual pressure on governments not respecting the rights enshrined in the convention.

While ILO Conventions 107 and 169 are the main international instruments to focus on, there are others such as Convention 111 on discrimination and Conventions 138 and 182 on child labor. The ILO offers technical assistance and capacity building, including in-country assistance on the application of the convention to ensure States are in compliance and Indigenous rights respected. It is essential for Indigenous Peoples to explore the opportunities of engagement to realize rights through ILO 169, the only legally binding convention on the rights of Indigenous Peoples in international law.

Image: The International Labour Organization meets annually in June at the Palais des Nations in Geneva. Photo by Joshua Cooper.

States that have ratified ILO 169: