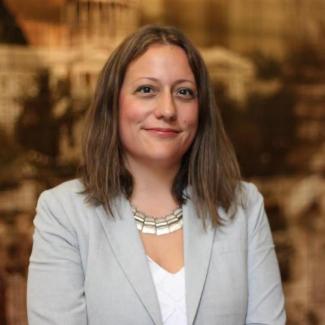 At the age of seven, Fredericks’ family moved from an affluent suburb of Washington, D.C. to the Pine Ridge Reservation in northwestern North Dakota. “That was a huge wake up call and culture shock,” she recalls. “We went to the rez school. We lived in a two bedroom HUD track housing house. From then, I understood my Indianness and my obligations to my own people. In college, I took every Native American class that they had. I went to law school wanting to do work in repatriation because that’s when the Native American Graves Protection and Repatriation Act was passed. I ended up getting pulled into public interest litigation.”

Today, Fredericks serves as counsel for the Native American law firm Fredericks, Peebles and Morgan LLP. She is chair of the Board of Trustees for the Mashantucket Pequot (Western) Endowment Trust, and is a founding board member of Unreserved, the Native American Fashion and Art Alliance. Reflecting on her everyday work, she says, “The great thing about running the American Indian Law Clinic at the University of Colorado School and then also directing First Peoples Worldwide is we get to mobilize students as part of their educational experience alongside communities to try to effect social change for Indigenous Peoples and protection of their rights.” 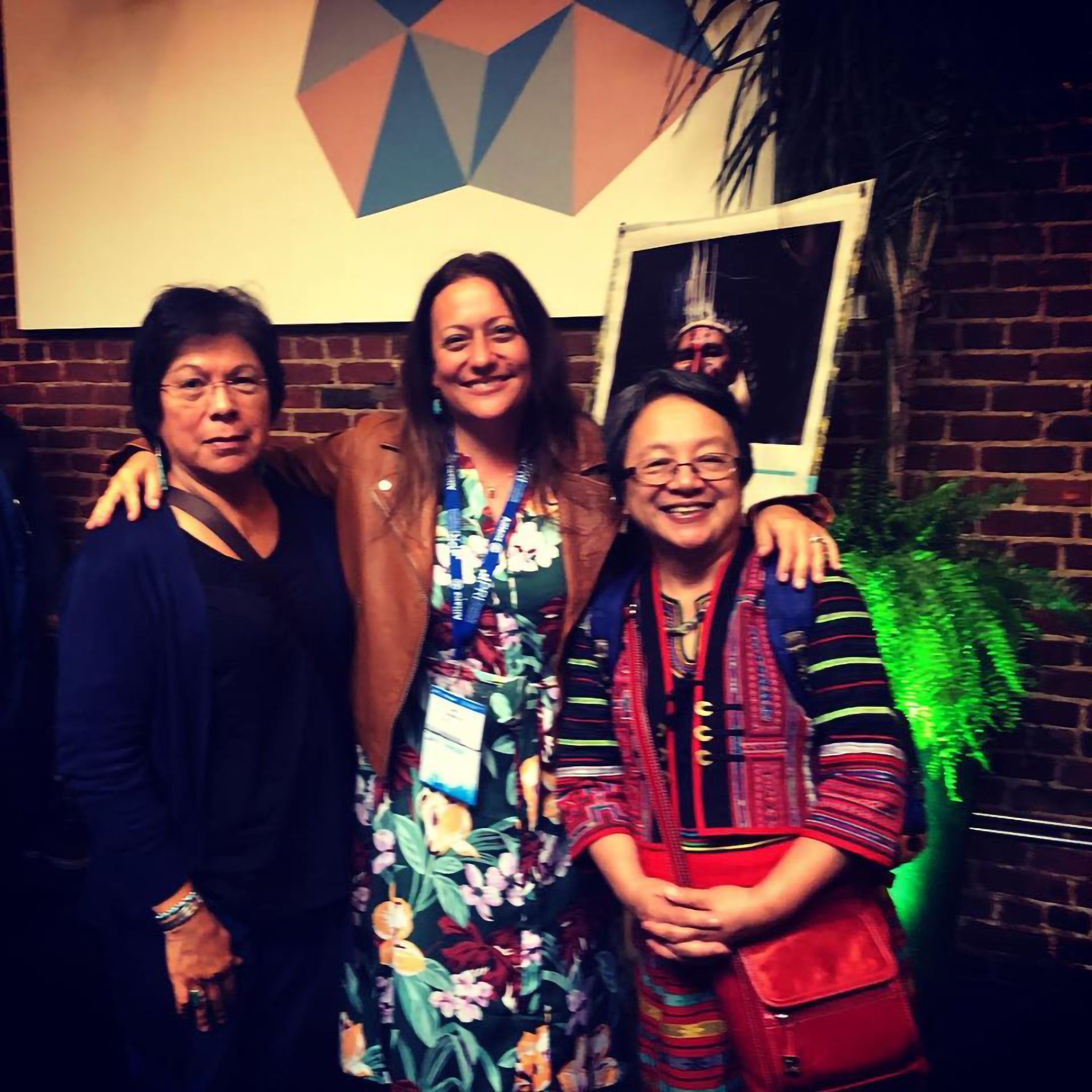 The movement that was created in opposition to the Keystone Pipeline, which came to be known as Standing Rock, was a key moment for Indigenous rights. “We’re still experiencing that moment; it’s not over. Indigenous people are articulating their rights in a very different way than in the past. This resurgence of Indigenous self-determination and self-expression is happening in real time right now. There has to be a decolonization process because the whole system that Indigenous people must engage with to have their rights protected is a system constructed against their best interests. State parties and outside entities must respect Indigenous rights, but they also need to look within to see how their institutions and organizations were built to disrespect Indigenous rights and there needs to be a dismantling of those processes,” Fredericks says, adding, “I’m really encouraged by Indigenous youth and activists who are open to reconstructing institutions in a way that’s very different from my generation, where we just accepted the institutional realities. They’re much more willing to turn things over and pull them apart. It is very necessary.”

The American Indian Law Clinic is one of the oldest law clinics in the country. In addition to the clinic’s deep engagement with Standing Rock, Fredericks says the institution has worked with several Tribes on problems of human trafficking related to fossil fuel development on their reservations. It is also assisting activists in Hawai’i in the Mauna Kea case (where Indigenous protectors are protesting the construction of the Thirty Meter Telescope on a sacred mountain), and the Gwich’in Peoples regarding drilling in the Arctic National Wildlife Refuge. “To be entrusted with that work and to have engaged students in that work has been incredibly humbling and meaningful to us all,” she says.

First Peoples Worldwide focuses on Indigenous Peoples’ interaction with business interests, to prevent harm and to mobilize Indigenous communities to develop their economies, gain access to capital, and to develop their resources in a self-determined way. “We are deeply in conversation with communities about how to engage with companies, and we provide toolkits to communities and companies on obtaining Free, Prior and Informed Consent (FPIC). Our new endeavor is to model a private equity fund specific to Tribal renewable energy development. We are creating a vehicle for social impact investors to provide capital to Tribal projects to develop renewable energy resources in a sustainable way,” she explains.

Through the Clinic, Fredericks has partnered extensively with Cultural Survival over the years on human rights reporting to the United Nations. On her newest role as a board member, she says, “I’m excited to join the board because I have a very deep respect for the organization after working with you all for many years. I want to find ways to support the organization to be as strong as it can be, finding potential for meaningful collaboration and philanthropy, and to have Cultural Survival really emerge as the leader in this space.”

All photos courtesy of Carla Fredericks.