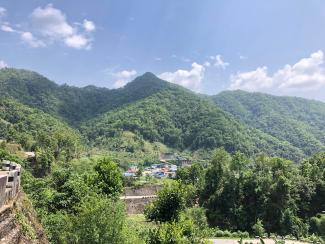 Indigenous Peoples in Nepal comprise 35.8 percent of the total population but are underrepresented in State structures. In general, Indigenous Peoples in Nepal are not consulted on laws, policies, or development projects that have massive impacts on them. Despite Nepal being party to ILO Convention No. 169 and the UN Declaration on the Rights of Indigenous Peoples, which provide special rights to Indigenous Peoples to their lands, territories, and natural resources, many of Nepal’s institutions are against these international human rights provisions. The State has devised many laws making it difficult for Indigenous Peoples to own or control their lands, territories, and resources. The government systematically seized collective ancestral lands through Royal Decrees during the King’s authoritarian ruling period, and later by nationalizing lands through state legislations. Today, Nepal is home to many Indigenous land rights activists who are tirelessly working to secure title and access to Indigenous lands. 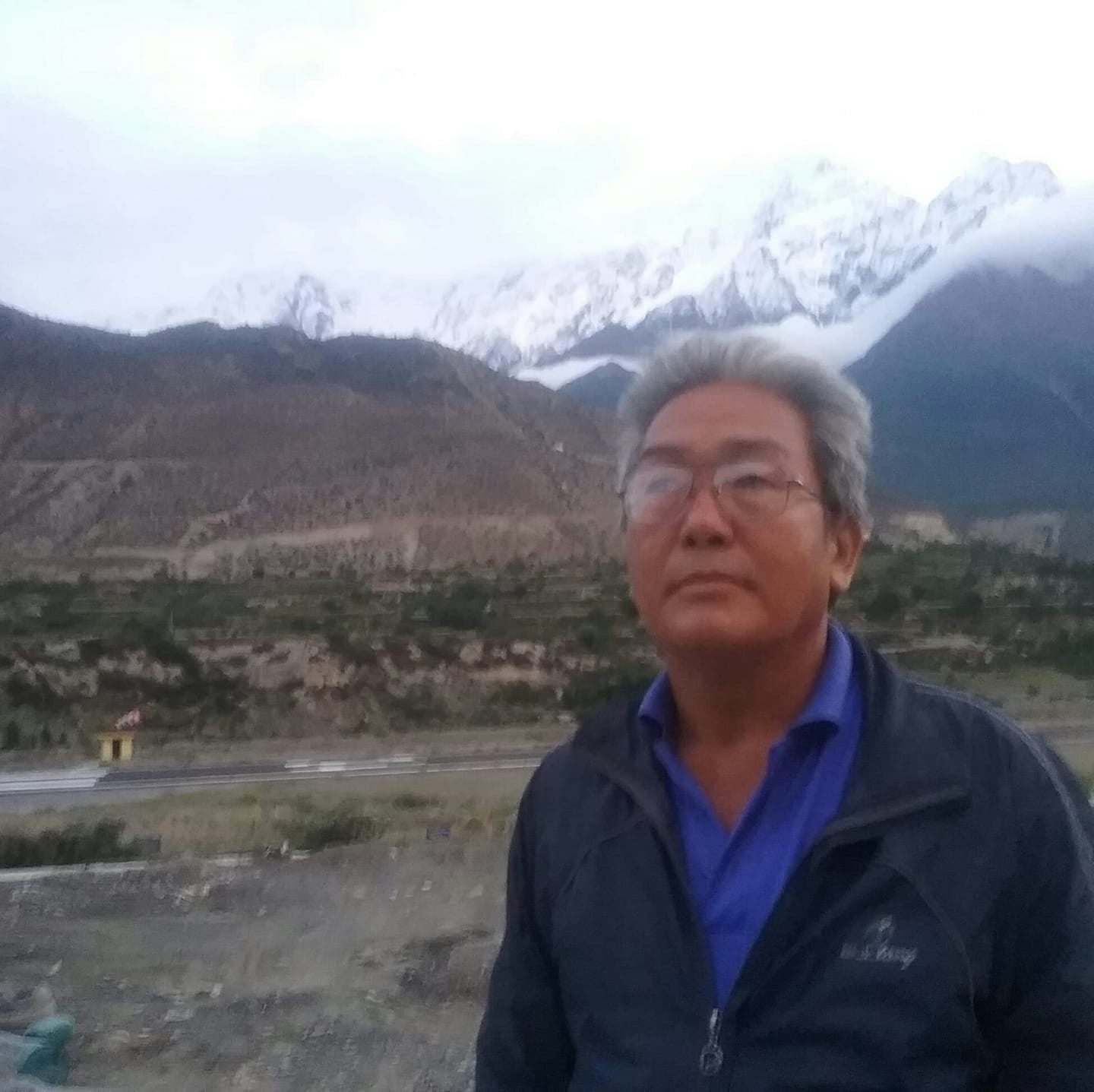 Nanda Kandangwa (Limbu)
Nanda Kandangwa is from the eastern part of Nepal. He is the Coordinator of Limbu Facilitation Group, a group working for the land rights of Limbo communities. He is also an Indigenous rights activist and founding chair of Kirat Yakthung Chumlung, the representative umbrella organization of Limbu Indigenous Nationalities, and a founding member of the National Federation of Indigenous Nationalities, a federation of all Indigenous Peoples’ organizations in Nepal. Kandangwa has authored several articles on Indigenous Peoples’ rights related to land, territories, and resources, and how Indigenous Peoples have been displaced and marginalized in the name of development projects, conservation, and national parks. He has also written about Indigenous women’s land rights issues for online and print publications. He has been active in the land claims and collective land titlement movement of Limbu Indigenous nationalities for about a decade.

“Indigenous Peoples in Nepal face many issues, especially in the area of hydropower, where dams are being constructed on Indigenous territories. Indigenous people are raising their voices and are waging struggles for the protection and preservation of their lands. I have specialized in land rights issues for many years and have initiated campaigns for titling and land reclamation, which is an ongoing process.

“It is enshrined in the Constitution that each community has the right to preserve and protect their culture and heritage, which includes Indigenous Peoples. The Local Government Conduction Act (2017) states that local governments have the right to document community, government, and public property. This provision can also be used in the fight for the rights of Indigenous people because Indigenous Peoples have community lands. The Limbo Peoples are trying to secure land rights and are involved in the documentation of lands.

“The States of Limbu and Nepal drafted a treaty conferring that Limbu Indigenous Peoples will always be autonomous. At Mukumlung [a sacred site located on Limbu ancestral lands], we opposed the Hinduization of the area, stopping the construction of a cable car and various buildings, as well as declaring that the site is ancestral land and a sacred site of the Limbu Peoples. Then, we started to document the ancestral land.

“A signature campaign is being done now to file an application in the local government office to decide whether or not it belongs to the Limbu. If it is decided that the land belongs to us, Indigenous people will be validated and can send the documentation record to the land offices in the districts and provincial government offices. Once that happens, no one will be able to do activities in that area without permission or without the Free, Prior and Informed Consent of Limbu Peoples. That is an example of reclaiming ancestral land in our areas. 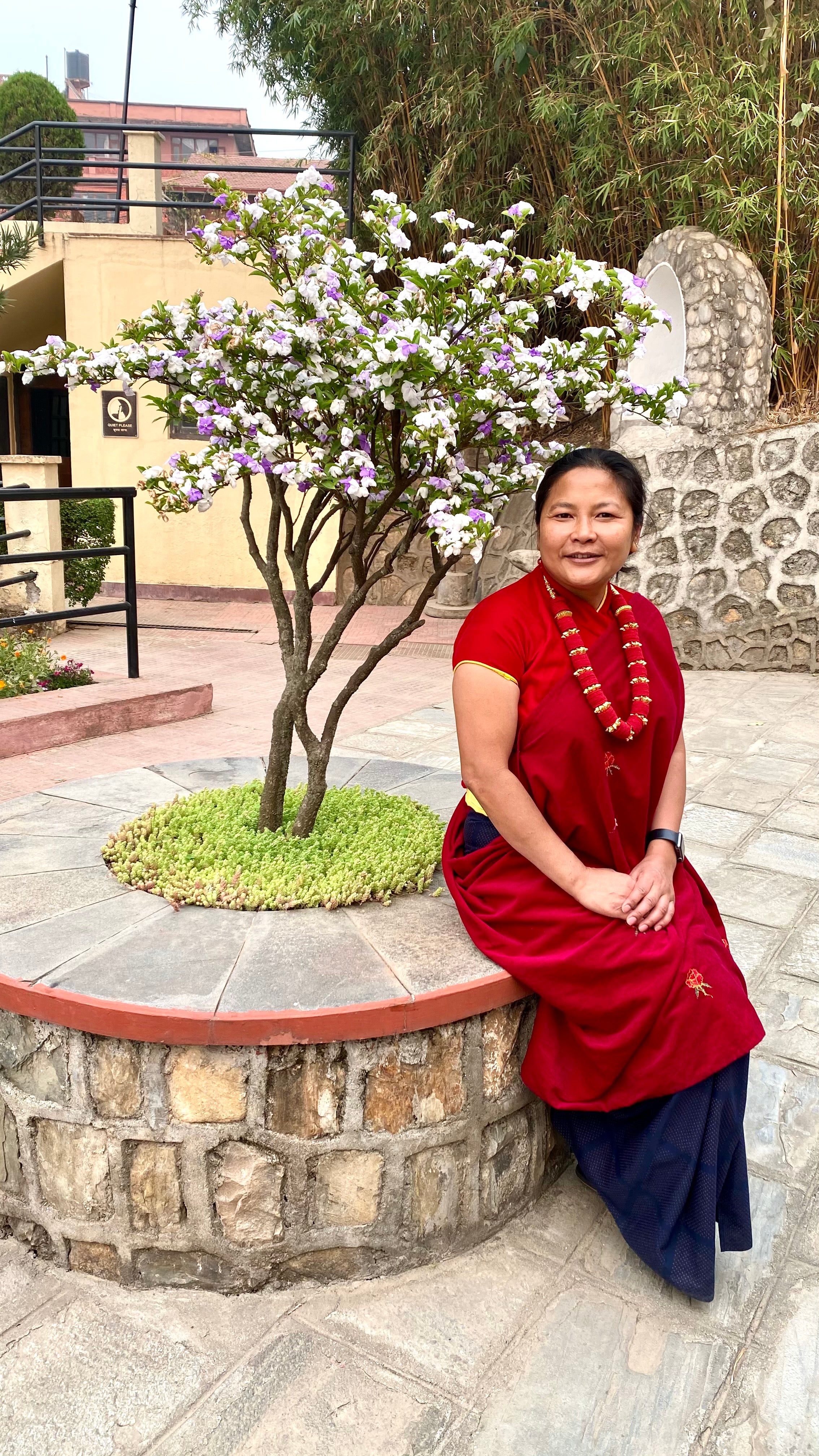 Ritu Thapa (Magar)
Ritu Thapa is an advocate and Indigenous women’s rights activist specializing in human rights. She has a degree from the University of Pune, India, and recently completed the Human Rights Advocate Program at Columbia University in New York. She is a founding member and current treasurer of the Indigenous Women Legal Awareness Group, established in the year 2000, which provides free legal aid to Indigenous and marginalized groups, especially women and young girls, in Nepal. Since 2016, Thapa has also been active in securing the rights of Indigenous communities in the Tanahu district who have been impacted by hydropower projects undertaken in their land and territories without their Free, Prior and Informed Consent.

“We are mostly in remote areas and we are not aware of our right to Free, Prior and Informed Consent, the UN Declaration on the Rights of Indigenous Peoples, or ILO Convention 169. We are not in decision-making roles. People know that Nepali law protects individual rights and that they can buy and sell their land, but they are not aware of their collective rights. So, we are organizing and working on land rights issues. We are making people aware of their access to land and their rights and their responsibilities. People are also protesting and trying to protect their ancestral land. In the Tanahu district, we had 37 households, and now 23 [more], whose land is going to be submerged by hydropower. We have supported them in filing complaints. “A recent petition was filed by the Baram Indigenous Peoples, and a court ruled that the Baram Indigenous Peoples should have their autonomous land and that it should be protected by their community and the government, and the government should make laws and policies for their department in accordance. This is a good example regarding Indigenous lands.

“We provide free legal services and organize legal awareness programs. People need to know how they can protect their rights and about legal procedures, not to blindly follow whatever the government authorities say to them. When we went to my home area in the Tanahu district and held a legal awareness program for Indigenous women, we came to know about this hydro project. The Nepali government had already approved it and locals were not properly informed. They were not called for consultation. Some people were threatened with losing their lands; others were offered some compensation and took the money. Thirty-seven households are still fighting for their rights and we are their legal advisors supporting them. In this way, we can reclaim our land by following international legal processes and laws.

“Our land and territory is related to our identity, culture, and our relationships. We got our land from our ancestors. It’s our duty to hand it over to our new generation in a better way. Nowadays, in the name of conservation and development, they are taking Indigenous lands. We have to be aware of our legal rights and we should know about success stories so that the people can be motivated to fight against injustices. There should be unity among the various Peoples. We should strengthen our own institutions so that they can continue their work, and it should be recognized by government agencies so that if there is a dispute within our community, it can be resolved by our own institutions. It’s important for us to have our own institutions so that we can use them to reclaim our rights.”